As far back as I can remember, I’ve been fascinated by history. A lot of time during my childhood was spent (rather futilely) attempting to find a way to travel back in time, to eras where heroism was rife, where honour and integrity were taken for granted. Yes, yes, a very romanticised view on our past, but I was like ten and firmly believed those long-gone kings, queens, leaders, knights, were people of morals and principles.

As I grew older, I developed a fascination with specific periods. One of these was the medieval era—but more of that in another post. I was also very interested in the European age of exploration, that period in the late 15th century to early 16th century when men in very small ships set off across very big oceans to discover what lay beyond. Mostly, it was their bravery that had me reading everything I could get my hands on about men like Magellan, Vasco da Gama and Columbus.

One period I had zero interest at the time was the 17th century. Too many pics of men sporting way too much curly hair and adorned with ribbon and lace, too many pink flushed ladies with overlarge eyes and swelling bosoms. And then I came across Simon Schama’s book The Embarrassment of Riches about the Dutch Golden Age, which happened to be during the 17th century. Instead of fluffy hair and pink ribbons, I now became acquainted with men in black, men who stared out of their portraits with features set in stern determination. Hmm. Maybe there was more to this period than I thought…

A few months later, I picked up Pamela Belle’s book The Moon in the Water and lost my heart—lace and ribbons notwithstanding—to Francis Heron, the young, difficult and utterly brilliant male protagonist. Suddenly, I couldn’t get enough of the English Civil War. Such a deliciously complicated political mess, further spiced up by one of my favourite subjects: religion.

Religion is a recurring theme throughout the 17th century, mainly as a fall-over from the Reformation during the 16th century. By the time the 1600s roll in, Europe is a hotbed of religious division. We have Catholics and Protestants, but Protestants is way too sweeping a term as it includes everything from Anglicans through Baptists, Puritans, Presbyterians, Calvinists. One would think the Protestants would stick together, but no, they did not. Anglicans detested Presbyterians (who, essentially, are a branch on the Calvinist tree). They weren’t overly fond of Puritans either (also somewhat Calvinistic) and as to Baptists… Lutherans in Sweden were not enamoured of Bohemian Protestant radicals. But at least all these Protestant factions united on one subject: their hatred of anything Catholic. No wonder all that tension exploded into war—a long and very devastating war that would last for thirty years and redraw the borders of the European nations.

One country that definitely benefited from the Thirty Years’ War was Sweden. Under the leadership of Gustav II Adolf, our very backward and insignificant country up in the north became something of a superpower, and this was yet another reason for me to really dig into the period.

So: war, political unrest, religious strife—what more does a history nerd need to really lose herself in a period? Add to this larger-than-life characters such as Charles II, Louis XIV, Gustav II Adolf, Anna of Austria, Queen Christina, Christian IV of Denmark with his forty-odd kids and the 17th century becomes the century that keeps on giving. Plus, there’s Velazquez and Rubens and Vermeer and van Dyck—magnificent painters, all of them. And, like icing on the cake, we have the Hapsburgs and their extremely convoluted and constantly incestuous marriages.

Why the 17th Century? A declaration of love

Those gorgeous Stuart men (because somewhere along the line, all those tumbling locks, all that lace and silk sort of grew on me)

There’s also a number of posts about the peeps of the period like this post about Gustav II Adolf’s inglorious death (sniff), about Queen Christina’s unrequited love for a cardinal, about James II and the Glorious revolution

I have also written several posts about the Hapsburgs of Spain, here are some of my favourites:

Niece cousin and wife rolled into one – meet Mariana

When a Spanish señorita set an English princely heart aflutter

Plus, I have written an entire series set in the 17th century, The Graham Saga, which features a man of firm convictions, of principles and integrity who I’ve gifted with an impulsive and opinionated time-traveller wife. 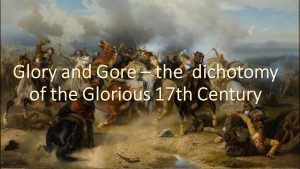 In conclusion, I guess we can state that my fascination with the 17th century has led to a LOT of writing. But I’m not the only writer who has found fertile soil for their imagination in the 17th century—far from it. Over the coming weeks, I will be introducing you other writers who’ve caught the 17th century bug. My guests write about kings and queens, about ordinary people, about soldiers and prisoners of war. They write about indentured servants, about people who actually lived and breathed, about fictional characters who bring the past to life. Some write non-fiction, some base their books on diaries of those who actually lived through the time. What they all have in common is their passion for a relatively short period in time that shaped so much of our modern world.

I hope you’ll join me on this journey through the 17th century. The first instalment will pop up on my blog on October 1st. So, dear peeps, don’t miss out on Andrea Zuvich ‘s post!