For the king’s loyal man-at-arms, Robert FitzStephan, being given Eleanor d’Outremer’s hand in marriage is an honour he could never dream of. For Eleanor, being obliged to wed the man responsible for the deaths of her father and brother is not quite as much of a fairy tale. Not that she has any choice: in this the year 1282, King Edward I rules absolute and he has far bigger concerns than the fate of one young woman—he has the conquest of Wales to plan.

The first time Robert FitzStephan snuck into my mind he was walking up the narrow stairs to the solar holding a sprig of apple blossom to apologise to his wife for being an arse. That particular scene has yet to end up in a book, but Robert FitzStephan has taken on shape and form and is now ready to step out ibto the world and meet my readers. And yes, there are moments when Robert is an arse—especially when balancing the needs and insecurities of his new,very young, wife versus the demands of his long-time bedmate—but he is also a man of honour, of courage and integrity. Huh. Guess I can’t help myself here, as all my male characters seem to be of the same ilk.

Robert is bastard-born. He has fought his way up to the top by years of years of loyal and devoted service to Edward I of England. When Edward decides to reward Robert with a little heiress, Robert is not only surprised but very grateful. As the lord of a small manor or two, he now has the means to field sufficient men on behalf of the king to become Sir Robert—should the king will it so.

Where Robert is more than happy to wed Eleanor d’Outremer, our young bride has little reason to be overly enthusiastic. Recently orphaned, Eleanor has no one left in the world until Robert pops up on her doorstep—figuratively speaking—and informs her they’re to wed. In his baggage train Robert brings back the bodies of Eleanor’s father and brother who have been killed in a skirmish. Initially, he chooses not to tell her that he killed them, assuming they were riding against the king.

Slowly, my story grew. Eleanor’s father was half-Welsh. Her mother was Castilian. Eleanor—or Noor, as she much prefers to be called—has reasons to believe her father was riding against the king, but to say that out loud when Edward I is determined to crush all Welsh resistance would be foolish in the extreme. Besides, Noor’s main concerns centre round Robert and his long-time companion, Edith. Where Noor is short, dark and somewhat round, Edith is tall, fair and as willowy as a birch sapling. Where Noor is young and inexperienced, Edith has travelled the world with the king’s army, mostly in close proximity to Robert and his men.

While Robert and Noor struggle to make their marriage work, Edward I is busy wreaking havoc on Wales. Late in 1282, Llywelyn ap Gruffydd, Prince of Gwynedd and Wales, is killed. Edward likely pumps his fist to the sky: one down, one to go. While Edward may feel some grudging respect for Llywelyn, no matter how rebellious and proud the man was, he hates Dafydd, Llywelyn’s younger brother who takes over the mantle when Llywelyn dies. On Dafydd, Edward intends to wreak vengeance, and Robert is one of the instruments the king plans to use.

His Castilian Hawk developed from being the story of a tall, scarred man with a beak of a nose and his inexperienced, if proud, wife, to become a story of war, of conflict. It is the story of a nation brought to its knees by a determined conqueror, of the suffering inflicted on the losers. It is also about the duties to kin and the courage it takes to speak up on behalf of those who can no longer speak for themselves. Mostly, though, it is a story about love, about how a man found himself wed to a little brown hen only to discover that the young woman he dismissed as insignificant was a vibrant and fierce hawk—his hawk.

So does Robert’s and Noor’s story fit into one book? Seriously??? You are asking me that? No, dear reader, it does not. At present, Robert and Noor are in Aragón, and soon enough they’ll be facing Moorish pirates and slavers. Plus, should they make it back home after all that turmoil, there is another storm brewing on the horizon, one involving a certain Madog and a Wales that struggles under the heavy yoke of their English overlord. 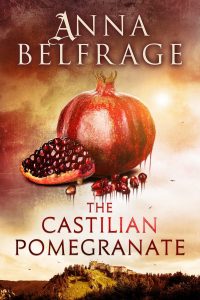 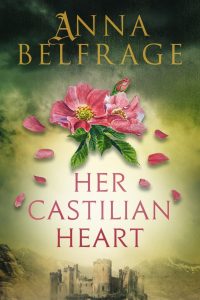 The fourth book, The Castilian Orphan, is in planning stages.