If I were to collect all the tears I’ve shed as I’ve read one more tragic depiction after the other of the sad fate of the last Welsh princes and their families, I’d likely have a bath tub full.
Welsh princes? some of you query. After all, there were many Welsh princes back then, not all of them all that enthusiastic at bowing knew before the House of Aberffraw, traditional rulers of Gwynedd. True, but the depictions that tear my heart out are those of the stoic Llywelyn ap Gruffydd, of his treacherous brother Dafydd who still, somehow, acquires an element of heroism in the final months of his life. 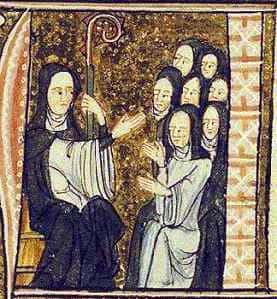 Even more heart wrenching are the fates of the children. Once Wales was crushed, Llywelyn’s infant daughter was sent off to live out the rest of her life in a convent. For her, there was never a choice: it was take the veil or take the veil, as Edward I had no intention of ever risking that someone whisked her away and thereby acquired an indirect claim to Gwynedd. Dafydd’s baby daughter was also raised by the nuns—but obviously not in the same cousin as her cousin. No: Edward wanted these little girls to grow up clueless as to who they were and what their heritage really was. I’ve always wondered if he succeeded. Did Gwladys and Gwenilliam grow up, live out their lives and die without ever knowing who they were? Did not one single nun take pity on them when they asked about their parents—as they must have done—and tell them an abbreviated version of the truth? I sure hope not, but the realist in me says that yes, that is probably how it went.

The fate of Dafydd’s two sons was even worse. They were escorted to Bristol and once they disappeared behind the mighty walls of the castle, they never saw the outside again. Never. At the time of their incarceration, they were around fourteen and seven, their only sin that of being born with the blood of their ancestors. No wonder I’ve wept the equivalent of a bath tub…

The struggle between medieval Wales and its overbearing neighbour, England, reads like a David meets Goliath story. Except that in this case David doesn’t have a slingshot with which to bring down the giant. For centuries, Wales and England had lived uneasily with each other. Some years before Hastings, Harold Godwinson led a punitive expedition against the Welsh, and the Welsh Marches would remain something of the Wild West even under Norman rule. And all that antagonism, all those years of uneasy truces, of violence and skirmishes, led up to the events in 1282 and 1283 when Edward I conquered Wales and annexed it to the English kingdom.

Today is the publication day of my latest book, His Castilian Hawk. And yes, dear perceptive reader, the preamble above indicates that this book is set in the turbulent years when Edward marches into Wales. We are somewhere in present day Shropshire, roughly midway between Wigmore and Ludlow. Orton Manor is no impressive castle, but comes with walls and gates, a sturdy hall and a lopsided chapel. It stands surrounded by meadows and fields and when Robert FitzStephan first sees what is about to become his lands, his home, the barley stands golden in the sun. Robert has just been rewarded for years of long service to his king by  being given the hand of Eleanor d’Outremer in marriage. On one of the carts trundling along behind him lie the bodies of Eleanor’s father and brother, killed by Robert in what seemed like an attack on the king’s life. Not, one would think, the most auspicious start to a marriage, and things are about to get much, much worse, seeing as Edith, Robert’s long-time mistress, isn’t about to give up her man without a fight.

I love subjecting my characters to convoluted private conflicts. But in His Castilian Hawk the marital issues of Robert and Noor (Eleanor prefers the nick-name her Castilian mother gave her) are eclipsed by the consequences of the conflict with Wales—in many ways a personal issue for Noor as her father was half-Welsh.

But still: Noor is young and vulnerable, and having your marriage start off like this (see excerpt below) leaves her reeling emotionally—and Robert with quite the uphill in front of him to salvage things!

Robert woke to the sound of a cock crowing. He had a crick in his neck, and his arm was numb. He peered down at Edith, fast asleep within the crook of his arm. His head hurt, and his mouth tasted of ashes. He needed a drink. He sat up, and the bedclothes spilled to the floor.
“Mmm,” Edith said, wrapping her arms around him. “Don’t go. Not yet.”
From somewhere came an odd, strangled sound. He squinted in its direction, only to see Eleanor on the stairs leading from the solar. Her eyes widened. He shoved Edith to the side.
“Eleanor,” he began, falling silent as he realised he was surrounded by spectators, tousled heads lifting from pillows to register the new lord of the manor had not slept with his wife. Colour drained from Eleanor’s cheeks. Without a word, she whirled and fled.
“Eleanor!” he repeated, rushing for the door before recalling he was as naked as the day he was born. “Damnation!” Robert scrubbed a hand over his bristling cheeks, his gaze on his wife. Her dark braid was visible beneath her veil, and she was running, no, flying towards the postern gate, with that large dog of hers padding alongside.
“What have you done, you fool?” John asked, appearing beside him. “Tell me you did not spend your wedding night with her.” He pointed at Edith. “Why is she even here?”
“I can assure you I did not invite her. You heard me telling her to stay away.” He could still see Eleanor, still make out the blue of her skirts as she ran and ran up the sloping meadows, placing as much distance as she could between them.
“Is that what you told her last night?” John asked.
“No.” Robert sighed. “I came down for a drink. She—Eleanor—asked me not to bed her, and so…” He shrugged.
“You decided she deserved to have you bed another.”
“No! It wasn’t like that! And you know I care for Edith.”
“She’s not your wife,” John said. “If you care so much about her, why didn’t you wed her?”
“With what?” Robert asked. “Until this”—he gestured at the bailey, the surrounding buildings—“what did I have to offer a wife?” And why would he wed Edith? She was not the kind of woman a man left behind to care for his home and his children while he left for other places. She was far too restless and needy for that. Edith lived off admiration, of the loud whistles that had her swaying seductively as she made her way down an encampment full of brawny men-at-arms.
John made a disgusted sound. “And how have you treated the wife who brought you all this?” He scowled at Edith, even more when she joined them and made as if to embrace Robert.
“Not now,” Robert said, moving out of the way.
“Best tell your trollop to leave,” John said.
“Watch your mouth. She’s not a trollop.” But he stepped out of reach when Edith yet again tried to slip her arms round him, far too aware of all the disapproving eyes on them.
“She is now. You’re married elsewhere, and surely you cannot expect your wife to tolerate her presence in her home?”
“My home is with Robert,” Edith said. “The little hen will have to come to terms with that.”
“Truly?” John took a step backwards. “Is that how you imagine your future life?” He spat to the side. “A wife in the solar and Edith in the pigsty?”
Edith swung at him. John caught her fist and squeezed, hard enough for Edith to whimper.
“Let her go,” Robert warned.
“Gladly.” John shoved, and Edith ended up sprawled on the floor of the hall.
“Where are you going?” Robert asked when John stalked off.
“Me? I hope to offer some comfort to your humiliated wife.”
“That’s not for you to do.” Robert had hold of him. “I—” He broke off. “What’s this?” He gestured at a group of men presently being pushed through the gate. Welsh, to judge from their appearance. He found his shirt and pulled it on before stepping outside.
“Hang them?” he said some minutes later. “Me? Here?”
“At the crossroads,” the guard explained. “Our liege wishes their rotting carcasses to send a lesson to anyone who dares to breach his peace.”
“His peace?” one of the Welshmen said, spitting to the side. “We follow our own prince.”
The Welsh prisoners were anything but cooperative. Not to wonder at, given that they had nothing left to lose. Condemned to hang for the single sin of being Welsh—it sat badly with Robert, but it offered distraction from his marital mess, albeit he couldn’t stop himself from looking for her, his wife, whenever a moment arose. Now and then he saw her, mostly with that big hound by her side. At some point during the day, he stopped what he was doing at the sound of laughter. His wife, playing with some of the younger children, and her face was lit from within as she swung a little one in wide, wide arcs. She sparkled with life, but the moment she caught him watching, it was as if someone had quenched a fire, leaving nothing but wet and sooty ashes. He sighed. This was not how he’d intended things between them to be.

I hope you enjoyed this little peek. You can find a longer excerpt here: Excerpt His Castilian Hawk

The book is available on Amazon as of now, but if you want an autographed copy, leave a comment below and hope you win the raffle!

17 thoughts on “My new book! Welcome Robert and his fiery Castilian hawk!”