It is strange how we meet people these days. Both ladies who are visiting my blog today are social media acquaintances. In the case of Heather King, we have run into each other on FB where she runs a couple of groups aimed at increasing author visibility. Heather writes Regency romance *sighs happily* I LOVE a good Regency. She also dabbles in vampires. And she has dogs and horses (and is somewhat photo-shy). My other guest, Annie Whitehead, has a cat. And a passion for Anglo-Saxon history which has resulted in several novels as well as numerous informative historical posts, both on her own blog and on English Historical Fiction Author’s blog. That’s where Annie and I met, working as admins for this very, very good blog.

Both these ladies are on my “I hope to see IRL” list, preferably in a setting involving  a nice pot of tea and cake and scones. Until that happens, I am very happy to count these two writers among my cyber friends.

Heather: Having the freedom to write my own way, in my own voice, and tell the stories I want to.

Annie: Probably the autonomy. Being Indie means setting your own deadlines, having the final say over release dates, title, and cover design.

Annie: The autonomy! Writing is by nature a solitary occupation. Making all those decisions by yourself is hard, and it can be isolating. Support from the writing community is invaluable. I’ve found that other writers are always there for help, support, and advice. I agree: it’s great to call all the shots, but it can be a bit lonely at times – and it’s sort of difficult to have a fruitful discussion with yourself… 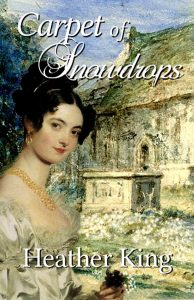 Heather: Ooh, this is a hard one. Probably the promotion, because I’m not a pushy person and I find it very hard to market my work. As has been made evident in this series, this is something you have in common with most writers! I run a couple of Facebook groups in which I try to reach readers and promote in a more subtle way, through articles and items of interest. Heather also works hard at creating FB forums for other authors to promote their work. I know how much time that sucks up! I also publish articles about the Regency on my blog and do online author interviews!

Heather: Thus far I have two writing hats. My main genre is Regency Historical Fiction, but I have also written an anthology of Vampire Romance short stories, as well as a Shape Shifter romance. The latter is the first in a series, if I ever have the time to write more! Ha! I am thinking that a Vampire Romance set in the aftermath of Waterloo would make very good reading!

Annie: It was never the plan, but I’ve found myself sticking to history, both historical fiction and nonfiction. That may change though. I have a few ideas swirling round my head, including a time-slip novel set in Cumbria …

Annie, Talking about your excursion into non-fiction – you have written a very successful non-fiction book about ancient Mercia –what is the biggest difference between writing non-fiction and fiction? 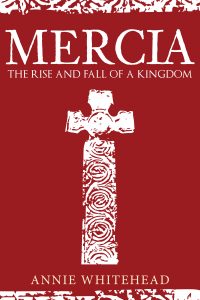 Annie: Other than the fact that my nonfiction is trad-published, it sounds obvious, but the main difference with nonfiction is that you can’t make it up. Every fact must be checked and every reference cited. The research is different, in that you need to know less about ways of life, eating habits, dress, etc, all things which are vital for fiction. It’s frustrating when there are gaps in the record, because you have to say ‘we simply don’t know’ whereas gaps in the record are grist to the fiction writer’s mill!

Heather: I write what I call traditional Regency novels, following, to the best of my poor ability, the precepts set down by the grand dame of the genre, Georgette Heyer. I do include a little more in the way of feelings and emotion than she would have approved of, though.

Annie: I’ve written three novels, all set in Anglo-Saxon England, and I’ve contributed to an anthology of short ‘what if’ stories re-imagining the events of 1066. I’ve also recently had my history of Anglo-Saxon Mercia published and have a new book about Anglo-Saxon women with the publishers right now. I’m working on another – shorter – commissioned nonfiction piece, and a collection of short stories, a project which came about as a result of my winning the HWA/Dorothy Dunnett Short Story Competition.

Heather: That is another tricky question to answer. Everyone is different and even lovers of the Regency have different tastes within the genre. I think I would probably plump for Carpet of Snowdrops (Buy-links US and UK). As a novella, it is not too long, it has the feel-good factor (deliberate) of a Christmas story and it is my only best seller! 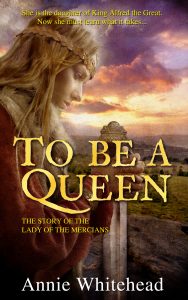 Annie: I’d recommend To Be A Queen. It’s the first novel I wrote and I’m not choosing it because it’s necessarily my favourite, but for those unfamiliar with Anglo-Saxon England it’s probably the best place to start, given that it’s set in a period that is more well-known than others. It’s the story of Æthelflæd, Lady of the Mercians, daughter of Alfred the Great, who came to rule a country in all but name and drove the Vikings from Mercia. Great recommendation. I love that book!

Annie: My most recent release is Mercia: The Rise and Fall of a Kingdom, a nonfiction book about all the amazing – some good, some bad – characters who ruled or led Mercia. 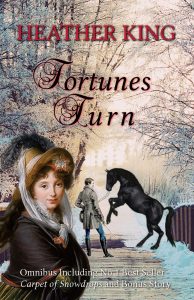 Heather: My most recent release is an omnibus of three of my published stories plus a short story called Fortunes Turn (Buy-link US and UK) . Alongside Carpet of Snowdrops, which tells of a pregnant war widow in straitened circumstances who is turned away from her husband’s family estate, there is Chains of Fear, Copenhagen’s Last Charge and the short story, A Contemptible Abduction. Chains of Fear tells the story of a young woman who escapes a cruel master only to be mugged and left for dead. I wove Copenhagen’s Last Charge around a snippet of historical fact I came across when researching The Battle of Waterloo. When the Duke of Wellington’s battle charger runs amok through Brussels, it is down to Meg and a surly Dragoon to find him. 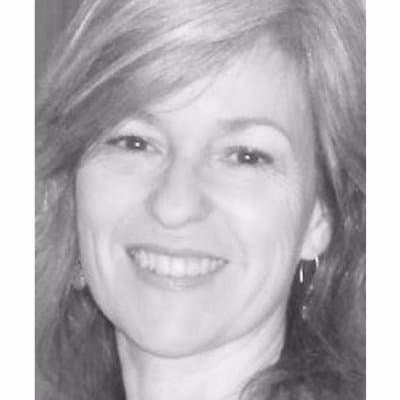 Annie Whitehead is an author and historian who writes mainly about Anglo-Saxon Mercia. She’s a member of the Royal Historical Society, Historical Writers’ Association, and the Society of Authors. Annie has won several awards and prizes – including the New Writer Prize for Prose, Two Mail on Sunday Novel Competition awards, and the HWA/Dorothy Dunnett Society Short Story Award and has been on the judging panel of several competitions herself. Find out more about Annie on her website, on her Amazon Page and connect with her on FB and Twitter! 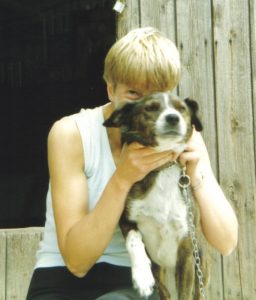 Heather King lives in a lovely area of the UK and has always made up stories. Having read her first Georgette Heyer Regency novel at the age of eleven she embarked on a life-long love of the era. She writes uplifting Regency romances with witty dialogue, engaging characters and bags of emotion. You walk with her characters through the world they inhabit and you can submerge yourself further in Heather’s world by visiting her blog or her Amazon Page (US and UK). Follow her on Twitter or on FB

Thank you, ladies, for stopping by and sharing your thoughts with me. It has been wonderful having you here in my virtual parlour!

6 thoughts on “Oh, a writer’s life is a wonderful life – ask Annie and Heather!”