I’m going to come right out and admit it: the reason I write is because it allows me to indulge the huge romantic streak within, the one that has me sighing happily whenever true love overcomes whatever obstacles crosses its path. 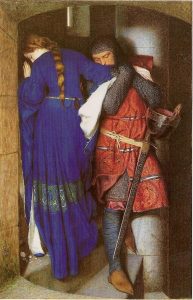 This doesn’t mean that I necessarily write 100% pure romances – you see, I get distracted by the historical setting, by the political scene of whatever time I am writing about. It is called context, and it is massively fun and elucidating to research and write. It is also essential when writing historical fiction as people read historical fiction to be transported back in time. Ergo, if you’re writing a love story set in the 14th century then you need not only to get the love and kisses right, you also need to do so without dressing Mr Hero in anachronistic clothes or allowing Ms Heroine to walk about with her hair uncovered and a revealing décolletage—unless Ms Heroine is a lady of the night, of course, in which case I’d suggest you dress her in yellow.

I love history. I love well-written historical fiction. I cringe at historical novels that have people peeling potatoes in 11th century Ireland or lounging on a sofa in the 13th. That beautifully written historical romance, with the beautifully depicted protagonists, loses some of its glow if the context is incorrect. I suppose that may just be me, but incorrect historical facts yank me out of the story so fast I end up gasping like a landed trout. Not a pleasant experience… 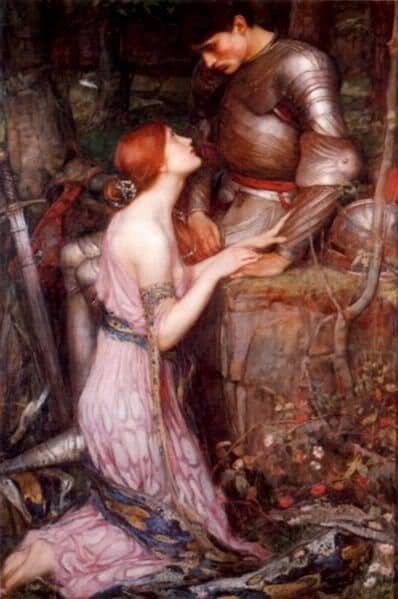 In my writing, I have mostly stuck with combining my romantic streak with my passion for history. Yes, I’ve added a titillating angle in my first series, The Graham Saga, by making one of the protagonists a most reluctant time traveller. Well, she is until she meets Matthew Graham, the man destined to be her other half no matter that they were born three centuries apart. 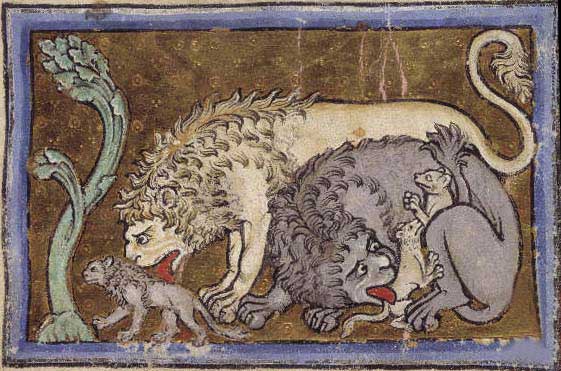 It all began with lions. Yes, yes, I can hear you going “Qué?”

It did. It began with these vague images of a young girl with the most amazing set of blonde curls running barefoot somewhere very hot. Red dust rose in her wake, the shapeless linen garment billowed around her as she ran and ran, accompanied by three half-grown lionesses. Very strange. Even stranger was that when I saw that same girl as an adult, that head of curls was tamed in a short edgy haircut, her toned legs encased in black jeans. Plus she was in London and to judge from her attire and the laptop she was carrying, she was a busy something in a financial environment. 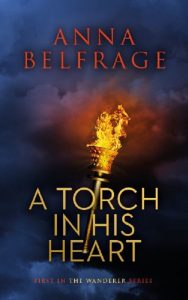 Obviously, I had something of a dilemma on my hands. How was I to marry those images of the running child in old-fashioned clothes with this high-flying professional? How to create a plausible context in which lions ran with the girl without snacking on her?
“Plausible context?” Helle Madsen looked at me over her laptop and grins. “Good luck with that one.”
I actually think I have found a good backstory. Helle can’t express an opinion. You see, she doesn’t remember. Nope, she has no memories of her first and very distant life in which her only friends were those three lions—until the day Jason made his first appearance in her life.
“Ah, yes.” Jason smiled, those copper-coloured eyes of his lighting up. “She was for once silent and neat—not as much as a smudge on her garments, not a single wayward curl escaping her heavy braid—standing some feet behind her father. Such a pretty little girl. Such a lonely little girl.”
“I was?” Helle asked, sounding intrigued. “And how would you know?”
Jason just smiled and winked at me. You see, Jason does remember—all of it. And I can tell you that while he is more than happy at having found his Helle again after spending fifty lives or so looking for her, he sincerely hopes his presence won’t nudge all her dormant memories to live. After all, there’s a reason he’s been tumbling through time desperately searching for her and hoping to make amends… 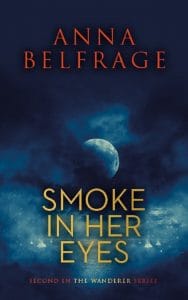 Things are further spiced up by my third reincarnated character, gorgeous but dangerous Sam Woolf. Jason would tell you everything that happened in that first life was Woolf’s fault. So would Helle—if she remembered. So would Woolf. Thing is, he doesn’t care: he set out to destroy them last time round and hopes to finalise that particular task this time round.

It doesn’t take a genius to conclude that the above does not qualify as historical fiction – no matter how relevant the back-story set in a time when the fall of Troy was not yet a legend but a memory. This was a major, major step out of my comfort zone. You see, one of the big challenges of writing historical fiction is to keep within the constraints imposed by real events. One of the big challenges of writing contemporary fiction is that there are no such restraints and so the plot has to rest on other foundations than that of a known and verifiable time-line. Very nice in some ways as it gives the writer complete creative freedom. Somewhat daunting as you still need to anchor your work to reality, without over-using references to present day events and technology. 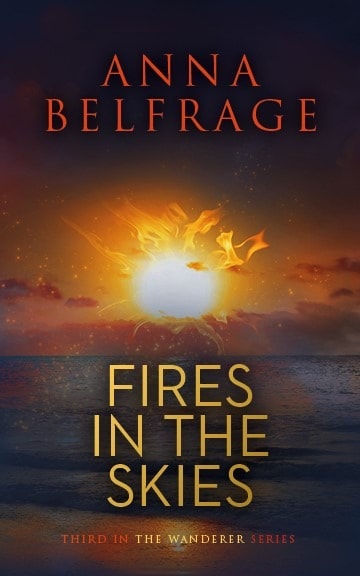 I must admit I never understood just how much I rely on the historical framework when I write until I started writing about Jason and Helle only to realise—with something of a gulp—that I had no such framework. Instead, I had to look for generic characteristics of our age and sort of weave them into the story so as to give the reader a sense of time and place without forever tying the story to, say, 2016 or 2017.

Also, while people in general do not explode into partisan fury when confronted with a depiction of events in the 14th century (well, there are some exceptions to that rule, but thankfully they are few. It is worse of you write about Bosworth Field as every single man, woman and his/her dog who has an interest in British history seems to have an opinion on Richard III and Henry Tudor…) when setting a book in modern times one must be careful so as not to start off a political debate—unless, of course, you WANT to spark a lively and tangential discussion that has nothing to do with your novel as such. 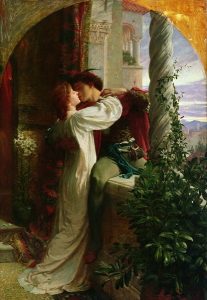 So what does one use as framework when writing in a contemporary setting? I fear the answer is that there is no framework – at least not in comparison to the solid structure offered by a historical timeline. Instead, you need to have a very strong plot – but you need that in a historical novel as well. And you may resort to using geographical places to anchor your story – but I do that when writing historicals as well. (As an aside it is wise to VISIT sites you include, no matter what you are writing. Especially, if like me, you enjoy using sunrises and sunsets to spill light over your scenes, in which case it is very, very important you know just where the west is…)

In the end, it all comes down to the characters. It always does, no matter what you’re writing, but a contemporary person must, on top of all the other qualities she/he must have to become a protagonist in one of my novels, be relatable, come with values and opinions the readers can recognise, even if they do not share them. Ultimately,  my characters carry the story – they always do.  Are Jason and Helle capable of carrying their time-transcending epic love story all the way through? Well, IMO they most certainly do. In their opinion, they barely survive the experience. But hey, that’s what makes it fun to read, right?

P.S. A Torch in His Heart and Smoke in Her Eyes are already available. Fires in The Skies is planned for late 2019

2 thoughts on “Losing the history and sticking with romance – something of a challenge!”