I have decided to broaden my blog a bit by doing a series of posts about Indie writers. My first thought was to feature five or so in one post, but I must have disconnected my brain when I had that idea seeing as I forgot that authors in general are verbal creatures, i.e. the word count sort of exploded…

I have now changed approach: I shall introduce TWO writers at a time – and I decided to start with Lisette Brodey and Helen Hollick.

Lisette is a multi-genre indie who writes everything from rom-com to short stories. Helen is (even if she dislikes the term) a hybrid author: she is both mainstream and indie. Helen is a person it feels as if I known for ages, Lisette is a more recent acquaintance. Both I first met via social media, which just goes to show that sometimes the casual reaching out through the powerful internet can result in more than a vague acquaintance.

Helen is fond of hats, has a menagerie and lives in the UK countryside. Lisette has her own writing chateaux, lives in Los Angeles and has a thing about Sound of Music, which sort of propels her very high on my list of “likeable people” – even more so when it turns out we have the same favourite song from that particular movie. In difference to me, Lisette has been to Salzburg where the movie was shot. I don’t know if Helen has been to Salzburg. (Have you Helen? If so, let us know in the comments) but I know for a fact she’s been to all the relevant sites related to the year 1066 as one of her books – and a painful, emotional read it is – deals with Harold and his defeat at the hands of William the Conqueror.

Well, I think that suffices as an intro, and let us instead concentrate on my interview with my two lovely guests:

What is the best thing about being an Indie author?
Helen: Control over my books. I get to decide the cover design, whether I want the writing style to be nit-pick grammatically correct or a slightly ‘conversation informal’ style. I choose an editor, what marketing I want to do and where… well, everything is my choice. Which, of course, also means I am responsible for any bloopers. But then being indie means it is my decision if I want to correct any errors and do a quick re-publish. This doesn’t happen with mainstream publishing.

Lisette: Two things: 1) Having complete control over my work, and 2) Being able to publish on my own schedule. That said, I don’t identify as indie author as much as I just identify as an author.

Helen: Hear, hear, Lisette! As Anna mentioned above, I am a ‘hybrid author’ (hate that term!) I am indie and traditional mainstream. There are pros and cons for both types of publishing, the main ‘pro’ for mainstream being that recognised publishing houses can usually reach places that indies cannot – bookshops in particular, have wider marketing connections and there is no financial cost for the author to produce the book – there might even be an advance payment! Would I want all my books to be mainstream? Short answer: no. I want to keep a little bit of control on the reins! And even mainstream authors still need to do the hard work of social media marketing!

What is your biggest challenge and how do you handle it?
Lisette: The biggest challenge and the biggest benefit are one and the same: Having complete control over all aspects of publishing my book. I handle it by having the best editor, the best cover designer, and wonderful people who format the e-books and paperback for me. I handle all of the publishing details as well as the promotion. Most importantly, I have a special brick wall to bang my head against. 🙂 That sounds sort of painful, Lisette…

Helen: Marketing. It is all very well having a book available on Amazon (or wherever) but if readers don’t know about your book they are not going to buy it. I often hear indie authors complain that they do not sell many books: ‘Are you on Facebook?’ I ask, ‘do you blog, tweet, leave comments on other authors’ blogs?’ And so very often the response is: ‘Oh no, I loathe social media,’ or ‘Oh I don’t have time for all that!’ In which case they’ve very efficiently answered their own dilemma.

Marketing is hard work. Very hard work. You need to have an active presence throughout the Internet every day of the year. And that presence needs to be interesting and diverse. Having said that, the effort of trying to maintain an interesting profile is exhausting! Thinking up new ideas for promotion is more challenging than writing the book!
I think many authors, indie or otherwise, recognise themselves in this, Helen!

Are you a one-genre writer or do you enjoy writing in several genres?
Helen: I have written ‘straight’ historical fiction, a couple of non-fiction books and a nautical adventure series with a touch of fantasy.

Lisette: I’m definitely a multi-genre author. For me, it has been a blessing and a curse. Writing in one genre makes it easier to build an audience of readers who love a particular kind of book. But writing in multiple genres gives me greater flexibility to express myself and an opportunity to have a more eclectic readership. 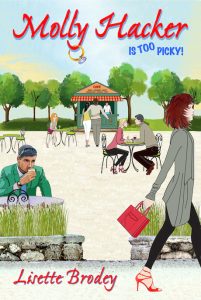 To make the math easy, that’s a total of eight published books. I’ve finished writing my ninth, which is a romantic comedy, and I am currently editing it. This book is set in the same fictional town as the first RomCom, Molly Hacker Is Too Picky!, but is not a series or a sequel. Some of the main characters in Molly are now supporting characters. (It was so much fun to spend time with them again.) I’ve written the new book in such a way that it doesn’t give away the ending of Molly. That sounds like a bit of a challenge – look forward to reading it! 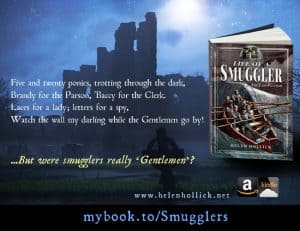 Helen: I became a USA Today Bestseller with my historical novel, The Forever Queen (titled A Hollow Crown in the UK) the story of Saxon Queen, Emma of Normandy, and Harold the King  explores the events that led to the 1066 Battle of Hastings. My Pendragon’s Banner Trilogy, (The Kingmaking, Pendragon’s Banner, Shadow of the King) is set in the fifth century, is a more historical version of the Arthurian legend, with no magic, no Lancelot, Merlin or Holy Grail, but instead, the ‘what might have happened’ story of the boy who became a man, who became a king, who became a legend…
I have written three non-fiction books, Pirates: Truth and Tales; Life of A Smuggler in Fact and Fiction, and as an avid supporter of indie writers, co-wrote a short advice guide for new writers, Discovering the Diamond. My passion now, is my Sea Witch Voyages, nautical adventure sailor’s yarn type escapism. (Sea Witch, Pirate Code, Bring It Close, Ripples In The Sand and On The Account, with a prequel e-book novella When The Mermaid Sings) I am presently re-editing the entire series and then intend to get back to writing Voyage Six, Gallows Wake. Yes please! There are those of us that await that one avidly!

Helen: For readers who prefer ‘straight’ historical fiction, I would say Harold the King (I Am the Chosen King in the US) For readers who enjoy a lighter action adventure, it would be Sea Witch. Why? Well they are both terrific reads! *laugh*. Love them both – but I love Jesamiah Acorne a tad more than Harold – probably because the man isn’t burdened with a sad destiny to fulfill
Lisette: That would totally depend on the reader’s taste. I can only say that I write synopses that accurately reflect what the book is about, and I’d suggest that readers see what appeals to them. I can say that what remains constant in my novels are multiple story arcs, secrets, and surprises. If you allow me to make a suggestion, I do think Molly Hacker is too Picky is a most enjoyable read! 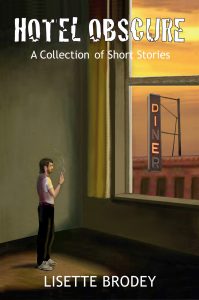 Lisette: My latest release is my collection of themed short stories, Hotel Obscure (Buy link HERE) . In a run-down neighborhood in an unnamed city, people live and die in “the Obscure.” There are seventeen stories in this book, and while each stands alone, they are meant to be read in order. As one author/reader suggested, this reads more like an episodic novel. Some characters appear in multiple stories and sometimes a story continues when the reader least expects it. Literary fiction is one of my favorite genres and this book was a true labor of love. And it is on my Kindle! looking forward to reading it!

Helen: My latest release was mainstream non-fiction The Life of a Smuggler: Fact and Fiction…  (buy link HERE) but appearing very soon (if not already!) will be the re-release of the Sea Witch series of Voyages because I am very excited at being snatched up by the independent Penmore Press, a US traditional publishing house. Wish me luck as I sail with my pirate, Captain Jesamiah Acorne, into new waters! Ha! Captain Acorne makes his own luck, dashing wonderful pirate that he is! But of course we wish you the best, Helen!

Lisette Brodey is a multi-genre author who is originally from the suburbs of Philadelphia. She lived in New York City for ten years, and now resides in Los Angeles. She has worked in the entertainment industry throughout her career, and now occasionally works as a SAG background actor. Connect with Lisette on Twitter, FB, Instagram or check her out on Amazon

In 2013 Helen Hollick moved from NE London with her family to North Devon, where she now lives in an 18th century farmhouse overlooking the Taw Valley. She was first accepted for publication by William Heinemann a week after her 40th birthday in 1993. Dropped by mainstream in 2005 she went indie, although now has books with various traditional publishers as well. She founded Discovering Diamonds an online review site in 2017, aimed primarily at reviewing quality indie historical fiction. Connect with Helen on Twitter, FB, her blog or check her out on Amazon

8 thoughts on “The Wonderful life of an indie writer – meet Helen and Lisette!”