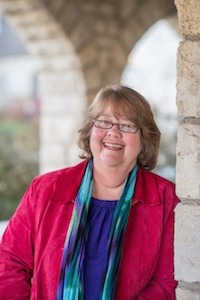 Today I welcome yet another fellow writer to my blog. Char Newcomb is a Star Wars fan who writes excellent books set in medieval times – maybe not so much of a contradiction as one might think, seeing as swords play a major part in both these settings. Anyway, having recently read Char’s latest release For King and Country, I felt it appropriate to sit her down, serve her tea and cake, and throw her some questions. Plus, she has been kind enough to offer a giveaway – further details at the end of the post 🙂
First of all, congratulations on your new book. Me, I am always a bit ambivalent when I publish a book – there’s a great sense of pride and achievement, but there’s also a substantial amount of separation angst. Is it the same for you?
Thank you for inviting me to chat with you today, Anna. There is incredible satisfaction writing THE END, but a massive amount of angst when you release your ‘baby’ into the wide, wide world. It is hard enough to share with critique partners, beta and advanced readers, but now the novel is there for everyone to see. And then you have to do it all over again!

I touched upon your fascination with all things Star Wars in the brief intro above. Would you say this iconic Sci-Fi story has any bearing on the story you tell? Are there any common elements? And why the Star Wars thing to begin with?
Star Wars is based on Joseph Campbell’s hero’s journey, put very simply, the adventures and transformation of a character. Battle Scars I & II don’t have all Campbell’s elements, but my stories are the adventures, trials and tribulations of a young knight who goes off to war and is changed by that experience.
I started writing Star Wars to escape the stresses of real life. I was a fan of the movies since A New Hope debuted in 1977 and in 1992 discovered a novel by Timothy Zahn that picked up the story 5 years after Episode VI. Heir to the Empire plunged me back into that galaxy far, far away. I was driven to add to the saga and penned my first short story. A Lucasfilm-licensed role-playing game magazine was looking for short fiction, so I submitted my story and it was accepted for publication!
Your books are set at the close of the 12th century, and while this is very long ago, we still know quite a lot about the principal players. Tell us a bit about your research, and specifically about how you’ve recreated the world of everyday lives.
My initial research started on the web where I found gold – fully digitized (and translated) contemporary chronicles of the events, politics, and people of the Third Crusade. The Annals of Roger de Hoveden offers the crusaders’ side of the story; and a number websites give background information, but few provide the detail necessary to immerse a reader in the past. But – speaking in my librarian voice – a good online resource includes citations and bibliographies, which led me to Saladin’s chroniclers. I read biographies, general histories, books on society and culture, on warfare in medieval times, and found more citations and bibliographies – it’s a vicious cycle, isn’t it? Then there is more angst – have I missed some important aspect of the place and time? I plunged in with a deeper understanding of the life and times of Richard I, integrating my fictional characters into that world and hoping I have transported my readers to the past.
Is it the research that drives you or the story-telling?
It’s been a mix of both. My reading of de Hoveden’s Annals began purely out of an interest in learning more about The Third Crusade. It laid the groundwork and said ‘you have a story to tell.’ It became a matter of creating situations where Henry and Stephan could participate. For King and Country takes the knights back to England and introduces Henry’s family, and while there is the wider political context, Henry’s conflict really drives the story. I knew where I wanted each of the characters’ story arcs to go, and then confirmed that each would fit with the historical events through my research.
What inspired you to set your books in this particular period?
I had decided years ago that I was going to write a time-travel spy novel set during the American Revolution, which is an era I studied in more depth in college as a U.S. history major. A BBC television show on Robin Hood distracted me. It featured a couple of episodes with Richard the Lionheart in the Holy Land. I was hooked. Two books later, here we are… 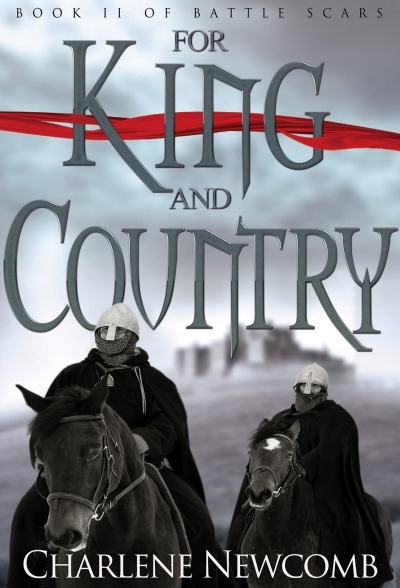 4 thoughts on “Of writing, Star Wars and home-coming Crusader knights”