Many, many moons ago, man sat outside the cave he called home and stirred the embers of the dying fire. From inside the cave came the sounds of his sleeping companions. He, however, was on guard duty, one puny human to keep an ear out for cave lions, sabre-toothed tigers and other potential predators. Above him spread the star-studded sky. Around him, was rustling darkness. Our man of the moment felt very small – and frightened. Something shifted, a shadow slinking closer to the fire. A wolf? Man’s hand closed on the cudgel he had beside him.
His visitor sat down and licked his chops. Not exactly the most threatening behaviour, and this close man could see wolf was in a bad shape, thin and dirty and with some sort of festering wound down his shoulder. Inspired, man tore off a piece of dried meat and threw it at the animal. It was wolfed down. He did it again, and over the coming hours man and wolf moved closer to each other, both wary, both intrigued. A long-lasting love story had just begun, that of man and his most faithful companion, the dog.

If we’re going to be quite correct, the dog does not descend from wolves (canis lupus) but is rather a sub-breed within the wolf family (canis lupus familaris). Those who have tried domesticating a wolf will tell you it is almost impossible – once the animal reaches puberty, in goes the wild, out goes the domestication – which is why one should be careful of ever taking on a puppy purportedly half-wolf. The wildness lies too close to the surface to cope with our civilised form of life. Besides, why on earth go for a half-wolf when there are so many real dogs to choose from? 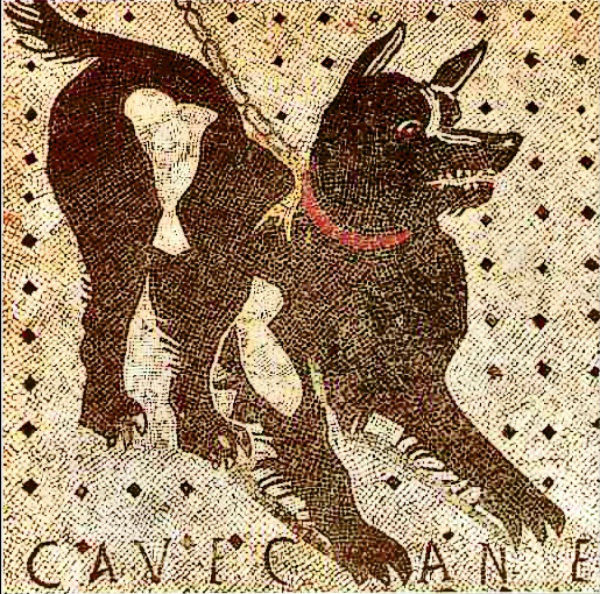 Over the millennia, dogs were bred for various purposes. First and foremost, as guard dogs – companions to sit by the fire with the sentry, but with the benefit of better hearing and a much, much better sense of smell. Guard dogs needed to be lithe and big enough to intimidate, robust enough to spend their entire lives outdoors. Come to think of it, early man himself spent most of his life outdoors…
Man, being rather pleased with the success of his domesticated dog, went on to domesticate other animals, such as goats and sheep. Now dogs were needed not only to guard man, but also to guard the flocks. The present day Pyrenean Mountain Dog is a descendant of these early sentinels, and for those with a close acquaintance with these dogs, you know that behind that cuddly (if huge) exterior is quite the protective beast.

The flocks grew larger, and now man needed dogs to help him drive the sheep and goats (good luck with the goats) and so a new breed of dog came into being, the herding dogs, those agile and intelligent creatures that can turn on a penny and stare a sheep – well, a whole bunch of sheep – into obedience. While this dog probably had little of its exterior in common with modern day border collies and kelpies, its instincts were the same.

After the guard dogs and the herding dogs came the hunting dogs. Man spent a lot of time on the steppes, endless seas of grass where a distant movement would indicate a potential quarry. The sighthounds came into their own – tall, elegant and swift they sped through the grasses, with man cheering them on. Now we can add the ancestors of the greyhounds and borzois, the Scottish Deerhound and Irish Wolfhound to our roster of breeds. But there were other hunting breeds: dogs to startle fowl out of bushes, to follow the scent of their quarry through forests and dales (logically named scenthounds). Man was now into the business of refining his various dog breeds – just as he was refining his sheep and goats, his horses and pigs.

All of these dogs were utility dogs. They had a purpose, a function to fulfil. Dogs who were too old to do their job were probably knocked off quickly – food was scarce, after all. But I’d guess that even these dogs were also pets, warm wet tongues licking baby’s face or cuddling up with their masters in bed. Already back then, dogs were undemanding creatures: they loved you for who you were, went into ecstatics when they saw you, and generally made you feel like the most important person in the world – well, their world at least. This is a quality dogs have retained until today. 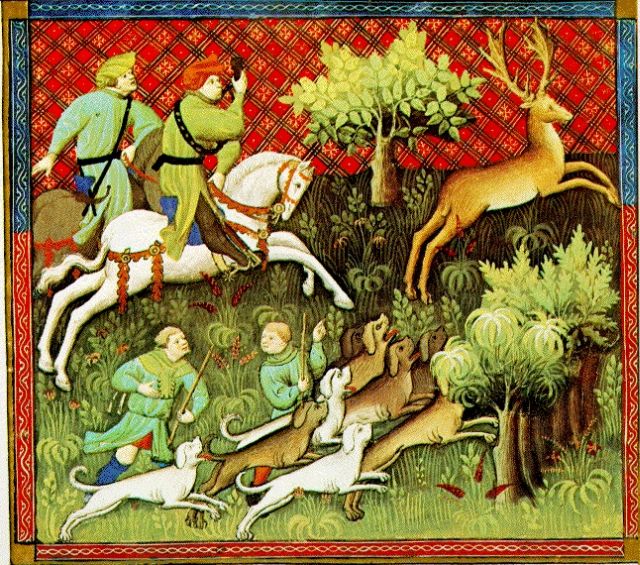 On went the centuries, and by the Middle Ages, the noblemen surrounded themselves with various dogs: alaunts and greyhounds for the hunt, mastiffs for guard-duty. More common folk had dogs to help carry water, guard the hearth, hunt rats,  and turn smaller mills or spits. Stories abound in which dogs play the central role, starting with the King Garamantes who was saved from his enemies by his pack of loyal dogs, to Llewelyn’s faithful Irish Wolfhound who reputedly saved the baby from the wolves, was badly wounded and then killed by his master who thought it was the dog who’d killed the baby. (Baby was uninjured, found safe under the overturned cradle – all very sad). The recurring theme in all these stories was the dog’s loyalty – to death.

By now, the lapdog had made an entrance. Tristan of Tristan and Isolde fame had a lapdog, nuns had lapdogs, rich ladies had them to. Pampered little yappy things, these were as loyal and ferocious as their bigger counterparts – still are, when you consider the spirit of a Maltese of a Pomeranian. The dog had been upgraded, from purely utilitarian to a pet.

Even big strong warriors had dogs as pets. Take, for example, Prince Rupert of the Palatine, this the most dashing of Royalist commanders during the Civil War. I am not a major Rupert fan, but I’ve always been rather fond of his dog, a poodle named Boye. Well, if we’re going to be quite correct, Boye was a white hunting poodle, and the superstitious among the Parliamentarians muttered the big hairy dog was a witch’s familiar. Huh. Now, the poodle is an ancient breed, thought to be the descendants of Berber herding dogs. By the 15th century, it was a water retrieving hunting dog. Its name, poodle, is a variant of the German word for puddle, and while the French have more or less claimed it as their national breed, the truth is rather that it is a German breed, the curly coat ideal to keep a water-working dog relatively warm.

Boye was given to Rupert while our dashing prince lingered in captivity in Germany. All of Europe was one huge bloody battlefield back then, in the first half of the 17th century, and Rupert, being not only dashing but also a devout Protestant, was fighting for the Protestant faction against the Catholic faction in the Thirty Years’ War. (As stated in previous posts, this is a simplification: The Thirty Years’ War may have been presented as a religious war, but seeing as the Catholic French bankrolled the extremely Protestant Swedish Army, it was also about redrawing the political map of Europe, effectively twisting the Holy Roman Empire’s nose out of joint) Anyway, Rupert ended up imprisoned, and Thomas Howard, Earl of Arundel, decided to give him Boye to help him handle his captivity. Love at first sight, I presume, and Boye became Rupert’s shadow from that day forward.

When Rupert went to fight for his uncle, Charles I, in England, Boye as a matter of course came along, tagging after his master from battlefield to battlefield. At Marston Moor, one of the decisive battles of the English Civil War, Rupert had taken the precaution of tying Boye up – he didn’t want the dog hurt in the fighting. The battle did not go well for the Royalists who were forced to flee. Boye somehow slipped his leash, searched frantically for his master, and was cut down on the field. So died a good and loyal dog, and I imagine Rupert was quite crushed. 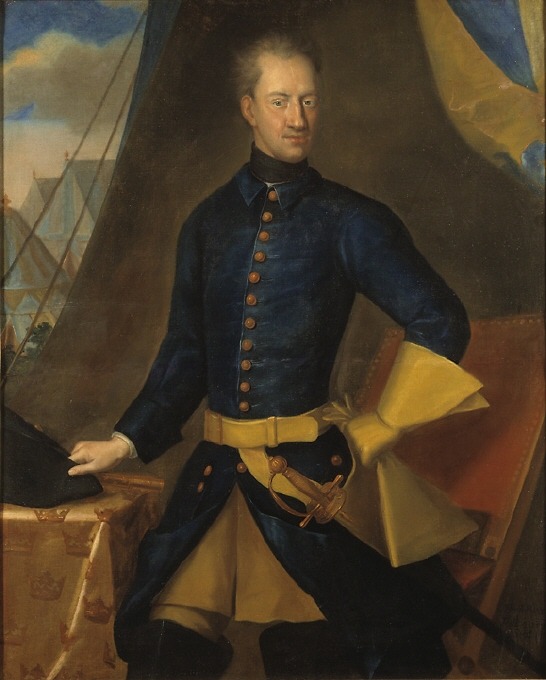 Another warrior type who loved his dogs was the Swedish king Karl XII. Karl XII was not the easiest of men – we are talking about a man who enjoyed hitting bears with cudgels as a pastime – imbued with an exaggerated sense of his own worth and a determination to never, ever let that tall Russian oaf Peter the Great win the Northern War. (For more on all this, go here). Karl XII never married, nor are there any anecdotes of him ever having been with a woman. Some have whispered that maybe the king preferred men – and yes, I’d say he definitely preferred male companionship, but access to his bed seems to have been restricted to his dogs, one of whom was called Pompe. In actual fact three of his dogs were called Pompe. One died in 1699, the other accompanied him out in the field in 1700 and died in 1703, and the third went with his master to captivity in Turkey and died in Hungary on the way back home to Sweden.

Karl XII was by all accounts very fond of his dogs. In his letters home, he writes of his grief at finding Pompe II dead in his bed, and in general where Karl XII went, there went his Pompe. So obvious was his affection for his dog that upon the death of the first, he was buried under a sizeable headstone in Stockholm (still visible today).  The second Pompe inspired a poem by a certain Israel Holmström:
Pompe Kongens trogne dräng
Sof hwar natt i Herrens säng,
Sehn af år och resor trötter
Leed han af wjd Kongens fötter.
Mången stålt och fager mö
Önskade som Pompe lefwa
Tusend hieltar eftersträfwa
At få så som Pompe dö.
Pompe, loyal servant to the king,
slept each night in his master’s bed
Wearied by his years and travels
He died one night at his master’s feet
Many a fair and loving maid
would have wanted to lie where Pompe did
Thousands of heroes have as their aim
to die as gloriously as Pompe did (at the king’s feet, that is…)

The poem caused a bit of a kerfuffle, as some felt it was wrong to liken a dog to humans. Somehow, I don’t think Karl XII would have agreed: to him, his dogs were as important as the people who surrounded him.

Many, many eons ago, man threw a piece of dried beef to the animal sitting on the other side of the fire. To this day, the dog remains at our side, a comfort when our days are heavy, a constant companion through life. And when we sit outside under a starry sky, it is almost as it was back then: just us and our dog, while all around the darkness rustles with things unseen.