Today, C.J. Adrien has popped by to visit my blog as part of his ongoing book tour with The Coffee Pot Book Club. Mr Adrien’s recent release details the exploits of Hasting, a viking who, among other things, ravaged the Mediterranean in the 9th century. Now those of you who follow my blog will know I have a bit of a problem with people who confuse myth with reality – like all those who believe Ragnar Lodbroke really existed (and was married to Aslög,  daughter of the equally legendary Sigurd Fafnesbane who killed a dragon named Fafne…) IMO – and that of most accredited Swedish historians – Ragnar of the myth is an amalgamation of various viking lives. Which, of course, doesn’t preclude that the stories about him are entertaining!

I am therefore very pleased that Mr Adrien has chosen to write a guestpost about just how to approach writing historical fiction featuring people of legendary fame. In this case, we are of course talking of Mr Adrien’s protagonist, Hasting the Avenger. With that, I turn things over to Mr Adrien!

How do you write ‘real’ historical fiction while incorporating legendary people?

Let’s start with what ‘real’ historical fiction is and isn’t. I had the privilege of participating in a round table discussion at the International Medieval Congress at the University of Leeds in 2017 in which we discussed the topic: How historical is historical fiction? In the round table, each author present offered a differing view on what constituted ‘real’ historical fiction. What I gleaned from the discussion was that authors live on a spectrum of historicity. On one side, there are authors such as myself who are also historians and tend to toe the line of sticking with the research. On the other side of the spectrum…Viking zombies.

Following the round table, I had the privilege of interviewing Bernard Cornwell on the same topic questions we had discussed in Leeds. In answering the question ‘What is the responsibility of the historical fiction writer?’ he said: “To entertain! To give the reader a compelling story. Not to be dull. And to create a background which is as convincing as possible and, so far as it is possible, true to what we know about the past!”

My latest series, The Saga of Hasting the Avenger, centers around a very real person. Hasting (also known as Hastein or Hasten) differs from prior Viking Age figures insofar as numerous contemporary documents chronicle his exploits. Those documents can be cross-referenced and so we loosely know where he liked to rove and what his major achievements were. Hasting is one of the historical figures who emerges from the semi-legendary nature of his predecessors and did a good job of conveying who he was and what he was there to do to his literate victims.

When planning out the story, I carefully placed the historical figures whose existence and actions we can confirm with contemporary sources within an overarching scaffold, and I wrote the meat of the story around that scaffold. Of course many of the characters are made up, but the principle characters, whom I identify as being real in the historical note of the book, do not deviate from what we know about them.

Thank you, Mr Adrien! I am rather stuck on the line “what he intended to do to his literate victims“. I somehow suspect many of those victims gulped repeatedly when faced by Hasting 🙂
One of the things I like about setting books in the more distant past that all in all we don’t know all that much about anyone who lived then. I recall Conn Iggulden once telling us at a conference that the job of the historical fiction writer is to plausibly fill in the sizeable gaps between the few fragments of facts we have. 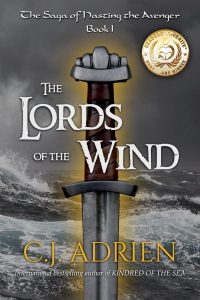 The Lords of the Wind is the first book in a trilogy about Hasting and won a gold medal in the Reader’s Favorite 2020 Awards. Bravo!

Blurb:
Orphaned as a child by a blood-feud, and sold as a slave to an exiled chieftain in Ireland, the boy Hasting had little hope of surviving to adulthood. The gods had other plans. A ship arrived at his master’s longphort carrying a man who would alter the course of his destiny, and take him under his wing to teach him the ways of the Vikings. His is a story of a boy who was a slave, who became a warlord, and who helped topple an empire.

A supposed son of Ragnar Lodbrok, and referred to in the Gesta Normannorum as the Scourge of the Somme and Loire, his life exemplified the qualities of the ideal Viking. Join author and historian C.J. Adrien on an adventure that explores the coming of age of the Viking Hasting, his first love, his first great trials, and his first betrayal.

This series is available on #KindleUnlimited

The Lords of the Wind (Book 1)

In the Shadow of the Beast (Book 2) 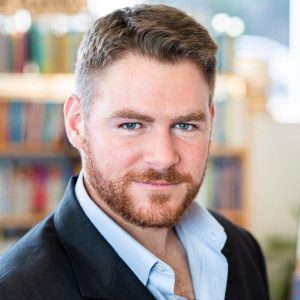 About the author: C.J. Adrien is a bestselling and award-winning author of Viking historical fiction novels with a passion for Viking history. His Saga of Hasting the Avenger series was inspired by research conducted in preparation for a doctoral program in early medieval history as well as his admiration for historical fiction writers such as Ken Follett and Bernard Cornwell. He is also a published historian on the subject of Vikings, with articles featured in historical journals such as L’Association des Amis de Noirmoutier, in France. His novels and expertise have earned him invitations to speak at several international events, including the International Medieval Congress at the University of Leeds, the Oregon Museum of Science and Industry (OMSI), conferences on Viking history in France, among others. 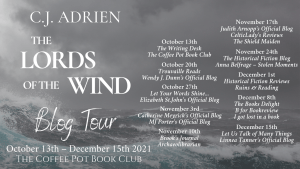