My sister shared an interesting little story with me about a well-travelled man who decided to drop in on a tribe of cannibals – not my first choice of people I’d like to have dinner with, let me tell you.

Apparently, the first major hurdle in getting to Cannibal Land was to find someone to take them there – for the obvious reason that very few returned uneaten.
“Err,” said the man recommended to guide them. “Are you really sure about this?” He gave our adventurer a nervous smile. “I mean, now and then they do eat people.”
But our intrepid globetrotter was not put off. The guide rolled his eyes and probably uttered something uncomplimentary about weird tourists and soon enough they were on their way.

Our adventurer was soooo excited! So when the guide told him to, he jumped off the boat chugging up the (unknown) river that bordered these unfriendly lands and swam towards the shore, tagged by his faithful photographer. (Imagine that; not only one but TWO loonies keen to make the cannibals’ acquaintance)

They made it to the shore, and a few metres further in the bushes parted and they stood face to face with a cannibal – well, they assumed it was a cannibal. (Sorry people. I can’t furnish you with a description of this guy. In my wild imagination cannibals have bones stuck through their nose and rather nasty pointed teeth. In actual fact he was probably wearing cut-offs and flip-flops. After all, this is a modern dude living in a modern world, for all that he’s a cannibal. I bet he has an iPad as well)

“Hi,” said our explorer chirpily, shoving his long, blond hair off his face. The native nodded and smiled tentatively. Luckily, this individual seemed far more fascinated by the blond hair than the yummy biceps, and so they chit-chatted for a while (about the weather, Lady Gaga’s latest hit single, the latest England-India cricket match …) and took a leisurely walk through the surrounding jungle, arriving finally at the cannibals’ village. 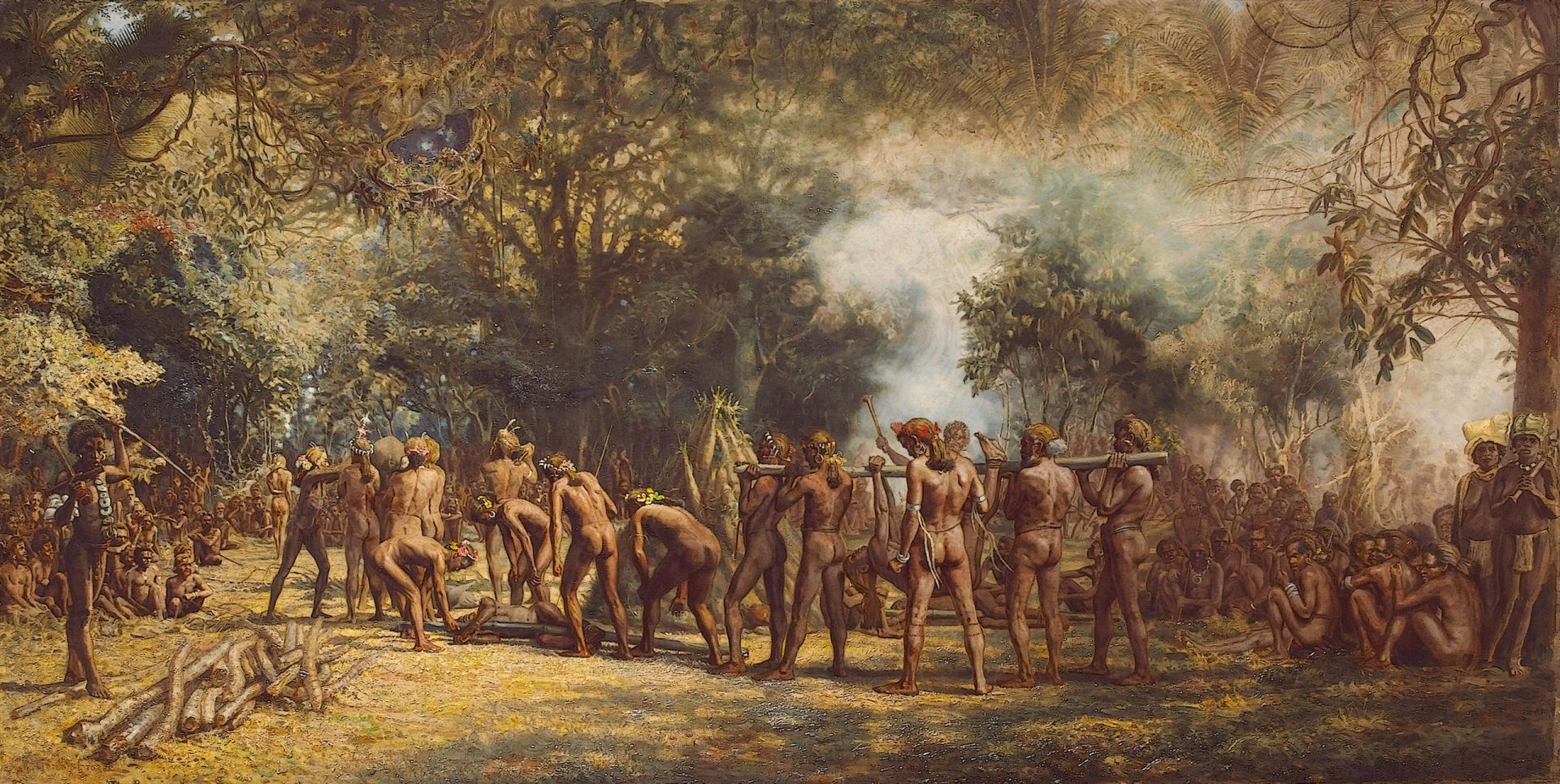 Major buzz! In a matter of seconds, our travellers were surrounded by a dozen men – and these guys weren’t at all interested in the blond hair, no, they were literally eating these foreigners with their eyes.
“These are my friends,” their guide said.
The buzz died down, the men slouched off, looking rather hangdog (Turns out cannibals don’t eat their friends – that’s nice, isn’t it?) So instead, the explorer and his photographer shadow got to meet the chief of this cannibal tribe, and they settled down for a long talk under a tree.
“Eight hundred,” the chief confided casually.
“Eh?” said our globetrotter.
“I’ve eaten eight hundred men,” the chief clarified.
“Oh.” Our traveller wasn’t quite sure what to say. Was he to congratulate the chief on his prowess? “On your own?” he asked.
“I only eat the arms,” the chief said, “it’s the best part.” He eyed our travellers’ arms with an interested gleam in his eye.
“Oh,” said our explorer and rolled down his damp shirt sleeves all the way down to his wrist.
“Only men?” the photographer said, casting a nervous look at their host.
“Of course,” the chief said, “who’d ever dream of eating a woman, hey?” Loud laughter erupted from the assembled men.
“Ah,” the photographer said.
“They taste bad,” the chief said with a grimace.”While a man …” He smacked his lips. He went on to explain just how they went about preparing their human banquet. Rather gory, so I won’t go into details beyond telling you that cannibal women never get to eat anything but a watered down soup made with the soles of the feet and the palms of the hands. This is probably due to fears that ingesting male flesh might make the females uncontrollable or something. 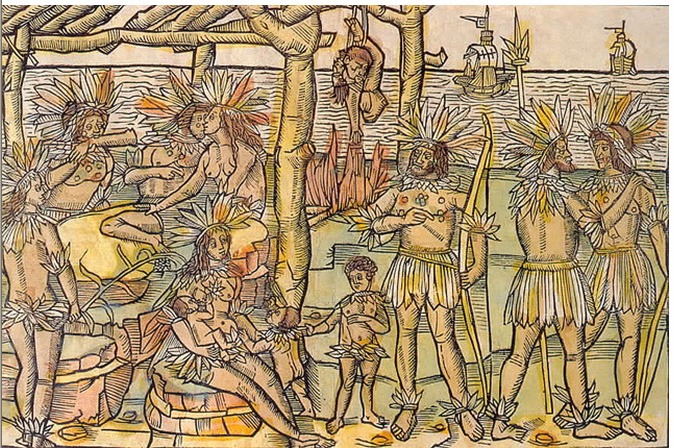 My sister’s anecdote ended about here, so I don’t know if our globetrotter friend was invited to partake of a cooked meal or not. I hope not. I hope he and his photographer left well before the fires were lit and the menú du jour was chosen.

Me, I’m real glad I’m a woman and thereby disqualified from ever gracing a cannibal’s pot. Finally a most tangible advantage to my gender! Time to do the happy dance, ladies…