In 1842, Sweden implemented seven years of mandatory schooling for all children, no matter social background. Prior to that, a relatively large percentage of the Swedish population was analphabetic, this despite the fact that the Lutheran religion advocated that people knew how to read and write so as to properly study and appreciate the word of God—well, more specifically the word of God as jotted down by Martin Luther in his Catechism. 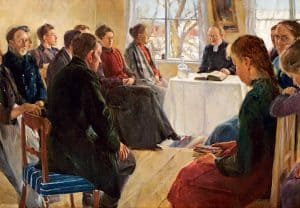 In Sweden prior to the 20th century, not being fully literate did not excuse you from knowing your catechism. Swedish priests would visit all households in their parish at regular intervals and hold long examinations to ensure every single maid and field hand has an appropriate knowledge of God and their duty to obey the King and the Church.

The reform of 1842 was to a large extent supported by the powerful Swedish Lutheran Church. The secular powers that were saw other benefits than that of expanding the understanding of the Holy Writ. A people who could read and write was more useful in the long run—even if many of those who attended school would never put their literacy to daily use—beyond all that Catechism studying.

Just because you go to school for seven years, this does not mean you’ve become literate. Yes, the graduates of the mandatory school could write their name, yes, they could read those texts approved as teaching material, but for literacy to take root, there needs to be more than learning by rote. Still: for many, those hours in school provided a peek at a tantalising world beyond, one filled with knowledge and never-ending horizons. A handful went on to higher education, became engineers or priests or even doctors. The majority did not, bowing under the expectation that they be content with their lot—which usually meant working very, very long hours at ridiculously low wages. 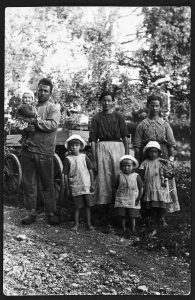 In some cases, those wages weren’t paid out in money. It is not something we talk all that much about in Sweden, but we actually had a remnant of a serf-system in place until well into the 20th century. Large estates depended on the labour of their “statare”, men and women who were offered housing and food in return for their hard work. Payment rarely came in the shape of coin: other than the potatoes and the flour, other than the humble dwelling in which these people lived cheek to jowl with their many children, they were also given alcohol. Lots of alcohol, which led to many ending up in a vicious cycle of addiction and debt, never capable of saving up enough to break free of the chains of servitude.

Alcohol was a major problem in Swedish society—had been so, since the 18th century when that rather intrepid female scientist, Eva de la Gardie, realised potatoes could not only be used as food but also to make a potent alcoholic beverage called snaps.

In the 19th century, those who wanted to spread the word warning people about the risks of drinking would perhaps print pamphlets and distribute. But the best way to get the message across was to write a song or two , usually featuring a weeping child who starved because her father was drinking away his wages at a nearby pub.

These songs were very popular. Music and lyrics would be sold printed on single sheets of paper and sold for the price of one Swedish shilling. Using printed songs to get messages across was not a new phenomenon—in Sweden songs had been used to spread the news since the 16th century, and despite the school reform of 1842, songs were a much more efficient way of reaching people in the 19th century than newspapers were.

Songs were used to spread the news about Abraham Lincoln’s murder. Or to tell the sad story of Elvira Madigan, the tightrope dancer who was murdered by her lover before he blew his own brains out. Or to tell the world about a particularly gruesome murder and its aftermath. As mentioned above, many songs were dedicated to highlighting the dangers of alcohol. Some were very sad things about children battling consumption. The one thing all of these songs have in common is that they were never particularly cheerful. They weren’t supposed to entertain—they were supposed to inform and maybe wag an admonishing finger in the face of the horrible father who drowned his desperation in liquor instead of buying food for his children.

These days, we use the collective term of Skillingtryck for all these songs, but that was originally a derogatory term coined by those who felt these songs were used to spread a far too simplified view of events. Many of these songs have been forgotten, but I bet most Swedes of my generation can sing a verse or two of the very, very sad song featuring the little girl who lies dying of consumption. Or the rather rousing first few lines of the song about Abraham Lincoln: ”Har ni hört den förskräckliga händelsen, den är sann för den hände just nu. Hur kungen av hela Amerika blev skjuten, ja skjuten mitt itu.” (Have you heard of the terrible happening, it is true ‘cause it happened just now, How the king of all of America was shot, yes, shot until he died… Rather cute with the king part – I imagine the Swedish king wasn’t all that keen about spreading the notion of a democratically elected leader…)

Had we been living in the 19th century, we’d have seen an upsurge in Skillingtryck. Yup, over the last few weeks, we’d have been inundated with songs about quarantine and social distancing, about people dying of an evil and virulent disease. After all, the world as we know it is has been brutally reminded of the fact that there are some things us humans do not control. At all. We’ve been lulled into believing we are no longer susceptible to epidemics. We’ve lived in a world where antibiotics and modern healthcare have eradicated such threats as smallpox and polio, a world where measles no longer carries off little children (or leave them deaf), a world where almost anything but cancer and the inevitable grind of old age can be cured. And then, suddenly, we’re facing a virus that sweeps the world and there is NO cure.

The vast majority of us will not die of Covid19. Death rates are nowhere close to lethal ailments such as the plague or smallpox. We know that—but we struggle with accepting that we’re helpless when faced with an illness. Modern man is not helpless. Modern man has tamed the world and has science as his/her beck and call to defeat whatever Mother Nature throws at us. Or so we thought… Maybe, from that perspective, Covid19 is a long overdue lesson in humility. Maybe this pandemic will be the wakeup call we all need to start taking the far more frightening and potentially much more devastating issue of climate change seriously. 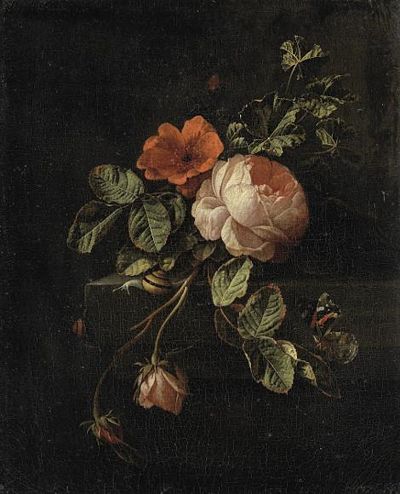 Covid19 will leave an imprint in our cultural layers. Just as several generations know exactly where they were when John F Kennedy was shot, or when those planes hit World Trace Centre, we will have common memories of the traumatic events that have defined the first few months of 2020. We will see movies, TV shows, novels, art that are all inspired by the pandemic. And yes, there will be songs as well. Many songs, in many languages. They will tell of loss and pain, of fear and frustrating helplessness. But they will also celebrate the heroes, the doctors and nurses, the people who have so bravely stood in the frontline, worked until they’re way beyond exhausted only to grab a nap and do it again.

This too will pass, dear peeps. Hopefully, we will emerge from Covid19 with lessons learned. Like the fact that financial growth is not the end and be all of everything. Or that all of us need context, interaction with others, to be happy. We will have rediscovered the strength of families, many of us will have spent more time with our loved ones in one month than we’ve done over several years. Pace will be slower—at least for a while. We may no longer feel the itch to fill the voids within by consumption, preferring instead to spend time (and money) on each other. Those of us who lose a loved one will be reminded that life is short and that every day must be treated as the precious gift it is. A very precious gift.

Let those you love know how much you care for them. Savour life. Stay safe!

P.S. Should you want to hear a version of the song about Abraham Lincoln, check out this link

Or the song about Elvira Madigan – check this out!