Some of you may have wondered why the number of posts on my blog have dwindled markedly since February. To be honest, I wasn’t planning on allowing them to dwindle, but sometimes life gets in the way, doesn’t it?

In February, I underwent surgery. For a couple of weeks afterwards, I couldn’t type. Drove me half-crazy, it did, not to be able to use my arms. Try pulling on a pair of pants when your arms are not supposed to bend at the elbow nor move too far away from your body. And as to the non-typing, well, I usually write every day. Need I say my brain was uncomfortably full of new ideas that could not be properly recorded somewhere?

In the midst of all this, hubby and I took a very spontaneous decision. Well, we didn’t exactly take a decision: we lost our hearts to a little puppy. We were only going to see him and then think about whether we were ready to add a new family member to our lives. Ha! Try visiting a little puppy and then saying “Nah, I don’t think so.” So we ended up with little Asterix, a standard poodle puppy that has effectively turned our lives upside down. Fortunately, he is not our first dog. We knew what we were signing up for, but I think we had both forgotten just how much hard work the first few weeks with a puppy is. As it is, we walk about somewhat sleep-deprived and unconcentrated. Writing is now physically possible due to my arms having healed but something of a challenge mentally, as I am very focused on our four-legged boy wonder.

So distracting is little Asterix that I forgot to write a post about my latest release. I mean, seriously, here I am, a writer, and I FORGET to shout out to the world that I have a new book out there? Likewise, I haven’t shared my exciting news about my latest cooperation: as of some months back, I have entered into a distribution contract with Blackstone Publishing, one of the premiere audiobook producers in the US.

So today’s post is about catching up on both these events, and I thought we’d begin with my latest release. And peeps, keep reading, as there will be some nice giveaways right at the end of this post—see it as a compensation for having been somewhat remiss lately.

But before I start on all that, I just have to say something about Asterix – or rather his breed. Poodles have been around for yonks, originally a robust dog used for hunting and retrieving in water. One of the more famous poodles was called Boy and featured prominently in the English Civil War. He was (like our puppy) a white poodle, and there were whispers about him being something of a ghost—at least among the Parliamentarian soldiers who were not so fond of Boy or, more specifically, his master, Prince Rupert of the Rhine. Some people—mostly ladies—go all glossy-eyed at the thought of handsome Rupert, this dashing Cavalier, brave soldier, loyal nephew, who served his uncle Charles I so diligently. Me, not so much. Undoubtedly he was brave and loyal, but for some reason he has never appealed to me. So when people who know of my fascination with 17th century history (and know something about Rupert as well) think I may have bought a poodle to honour this Cavalier among cavaliers they’re wrong. Just so you know. And should you want to read more about Rupert and his dog, I suggest you go here. 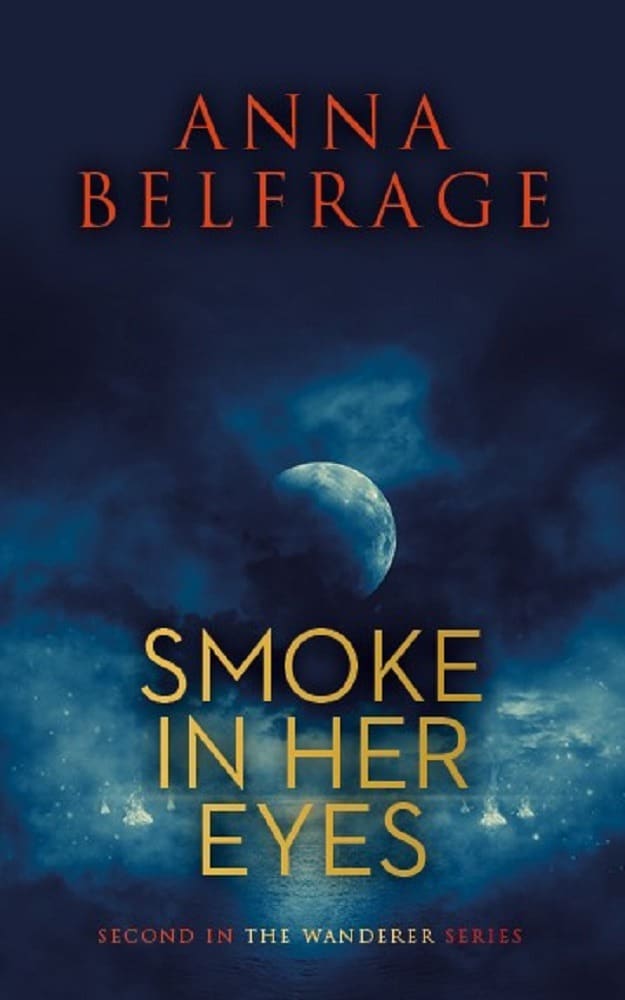 As mentioned above, I have recently published my fifteenth book. Fifteen. Allow me to take a few gulps of air before I straighten up and adopt a proud pose. Smoke in her eyes is the second in my contemporary/time-slip/romantic suspense series. It is hot and steamy, it is full of action, but it is basically a love story, in this case a rather complicated one. To say my protagonists Helle and Jason have history is an understatement. They met for the first time 3 000 years ago. That time round, things did not end well. No riding off into a glowing sunset, no years of contentment. Instead, it all ended in betrayal and painful, gory death.

Since then, poor Jason has been reborn over and over again, searching always for her, for the girl he failed so tragically the first time round, for the young woman whose memory he can never erase. Helle has probably been reborn about as many times as him, but she has no memories of her various lives, no sense of predestined purpose. Well, until she finally meets him again, when all things sort of slot together very neatly. The road to the Happily Ever After beckons. Well, it would do, had it not been for Sam, their nemesis the first time round. He has every intention of tearing them apart this time as well, and when he says tearing apart, it is in a literal sense.

There are further complications: one of them is Juliet, a woman who loves Jason as absolutely as he loves Helle and has done so for several lives. She does everything she can to drive a wedge between Jason and Helle, and when she is grievously injured in the conflict with Sam she does not hesitate to guilt-trip Jason. That fated, time-spanning love is suddenly neither as fated or as time-spanning, Helle discovers, terribly hurt by how Jason marginalises her in his efforts to help Juliet.

It had never been like this between them before. He walled himself off in silence and she was stuck outside. It all became very dreary, very fast. He never seemed to notice Helle. Instead his life revolved around Juliet and her needs. Even when he was home, he was with Juliet, his eyes dark and brooding. He seemed to resent the time away from her bedside, eager to leave in the morning, grumpy and hollow when he came back at night. He had shifted pivots: in just over a fortnight he had gone from orbiting round Helle to rotating around Juliet, and Helle didn’t know what to do—she continued to gyrate stupidly around him.

She tried to ask interested questions, only to be rebuffed. He would sigh and look away, telling her she had no idea just how terrible things were.
“You haven’t seen her.”
No, because he wouldn’t let her come with him. Juliet would be disturbed by her presence, he repeated mulishly.
“I can’t make this more difficult for her than it already is,” he said, sounding as if he was talking to a petulant child. Boy, had he missed his vocation—Mr Florence Nightingale personified. Helle made a face behind his back; maybe she should buy him a black Victorian dress and an apron to go with it.

She would hug him, hoping for more, and he’d disengage himself.
“Really, Helle, I’m not in the mood. Besides, I have to sort my way through this e-mail correspondence tonight.”  Yeah, right. And she was Mickey Mouse…
In bed, she’d snuggle up to him or run her hand down his back and he would move away, grunting in irritation. That made her feel like a sex fiend, and if she persisted he would sigh and tell her he was tired.
“Not now,” became his most common words to her and she ached at his rejection.

I am very proud of my series featuring Jason and Helle. This was actually one of the first stories I wrote—albeit that since then it has been heavily rewritten—and I have a particular fondness for my reincarnated lovers. I hope you find the read as intriguing, and am happy to announce I’m giving away a Kindle copy of the book. 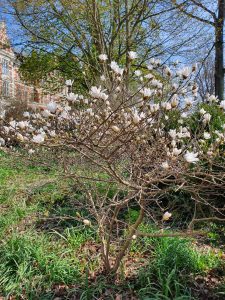 Then there’s the fantastic news re Blackstone Publishing. Greg Patmore has narrated his way through quite a few of my books now—and Greg is a fabulous narrator, which is probably why he won an Audie some moths ago—so I am delighted to have found a partner who will help spread the word. In case you’re wondering what it sounds like when Greg narrates, I’ve attached a sample here. I am also giving away THREE promo codes for the audio books, one each for books 1-3 in The Graham Saga. Yes, I wrote the stuff, yes, I am biased, but boy, oh boy, does Greg makes this an absolutely riveting “listen”!

If you’re interested in either of the give-aways, leave a comment and I’ll be back announcing the winners. Until then, I hope the rest of your Sunday is great. Me, I must now rush off to write a new post for this site, one with a nice historical twist to it!

UPDATE! With the help of Mr Impartiality (i.e. hubby) I have now pulled the winners of the giveaway:
The kindle goes to Rose, audio of A Rip in the Veil goes to Uzma, audio of Like Chaff in the Wind goes to Lisa and audio of The Prodigal Son goes to Jessie. Congratulations!

12 thoughts on “A distracted lady”