So I’ve just published the first book in a new trilogy. By now, with thirteen books under my belt, one would think publication day would be no big thing. Wrong. It is always a big thing. Every book an author releases into the world is pretty much like severing an umbilical cord, that baby you’ve spent so much time on suddenly tottering off on their own two feet.

Upon releasing your book, it is no longer your own. It becomes something of a JV (Joint Venture), a partnership between the writer and the reader. Hopefully, this leads to a satisfactory reading experience for the reader. By now, I have learnt that it is impossible to please all readers. Not exactly surprising: as an avid reader myself, I can testify to the fact that there are lots and lots of books I don’t like. Not because there’s something wrong with them, but they simply don’t resonate with me. In some cases it’s a matter of timing. Take, for example, my determined attempts to read Lawrence Durrell’s The Alexandria Quartet.

My mother was one of those mothers who threw her library wide open to me. It sort of made it difficult to provoke her: I picked up Forever Amber as a thirteen-year-old and she nodded approvingly. I sauntered out of her library with Emmanuelle and she just smiled. But other than letting me read as widely as I desired, she also pushed certain books my way. “One must read the futurists,” she said, handing me Orwell, Huxley and Bradbury. Which is how I one day ended up holding Balthazar by Lawrence Durrell, the first in his series. My mother gushed. I was bored stiff. Even more so when the next book was essentially exactly the same story told from another POV. I was too young, too unsubtle to appreciate the elegant stripping of the onion Durrell dedicated himself to as he told the “truth” from various POVs, thereby exposing the truth for the fragile thing it is.

Since then, I have tried and tried again. But poor Lawrence Durrell simply doesn’t do it for me. Not that he cares (leaving aside the fact that he’s dead…) seeing as many, many other readers loved his books. See? One cannot please them all…

My latest release has an entire swarm of butterflies doing acrobatic manoeuvres in my stomach. Why? Because I am edging out of my comfort zone. Until now, I’ve written books set firmly in the past. My latest series is built round a detailed sequence of historical events, thereby giving me a frame work on which to build my own narrative. This time, there is no such historical framework. This time, I am stepping firmly into the romance category. Okay, okay, so love always plays a major part in my books (what can I say? I am a sucker for passion and two halves becoming one happy whole), so from that perspective nothing is new. I have, however, upped the heat level in this new series. Plus, A Torch in his Heart is also a venture into the subcategories paranormal and suspense.

“Paranormal?” some of you may say. “Nothing new there, is there? It’s not exactly normal to time travel.” Yes, I know. But this time round I am endowing my characters with abilities. Have I had fun doing so? Oh, yes! My characters, however, don’t always feel they have all that much fun as I twist the plot tighter and tighter, obliging Jason and Helle to flee for their lives. But hey, that’s what you get when your fates are permanently entwined with the powerful former prince of Kolchis. 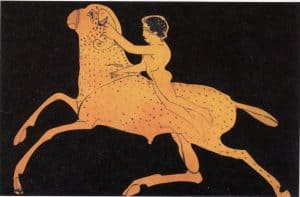 Kolchis no longer exists. This was the kingdom that, according to the Greek myths, saw the birth of Medea. More importantly for my story, this is the land to which the winged ram with the fleece of gold carried the children Phrixus and Helle so as to save them from being sacrificed by their evil step-mother. Helle never made it to Kolchis. As the ram flew over the Hellespont, she heard the mermaids singing and fell—to her death or to swim forever with the mermaids.

Once in Kolchis, Phrixus sacrificed the ram to the gods. Seems a nice way to express your gratitude, doesn’t it? At least the ram became a constellation, Aries…Anyway, the golden fleece was hung in a sacred grove and there it remained until Jason and his Argonauts showed up. I guess by now you’ve understood why my main protagonists are called Jason and Helle, right?

Not that my story has anything to do with that ancient golden fleece. Instead, it takes as its starting point a long-ago life in the invented little kingdom of Tarokyie, surrounded on all sides but one by the larger and much more powerful kingdom of Kolchis. Helle is the daughter of the ruler of Tarokyie. Samion, prince of Kolchis wants her – and the kingdom that comes with her. But Helle lost her heart when she was eight, to Jason, the boy with eyes the colour of molten copper. Not that Jason can ever hope to marry Helle—not in a time when she is an heiress and he is a nomad, son of a wandering healer. Still, things do not develop as Samion wants them to and that first life ends in pain, betrayal, anger—and a warped desire for revenge. 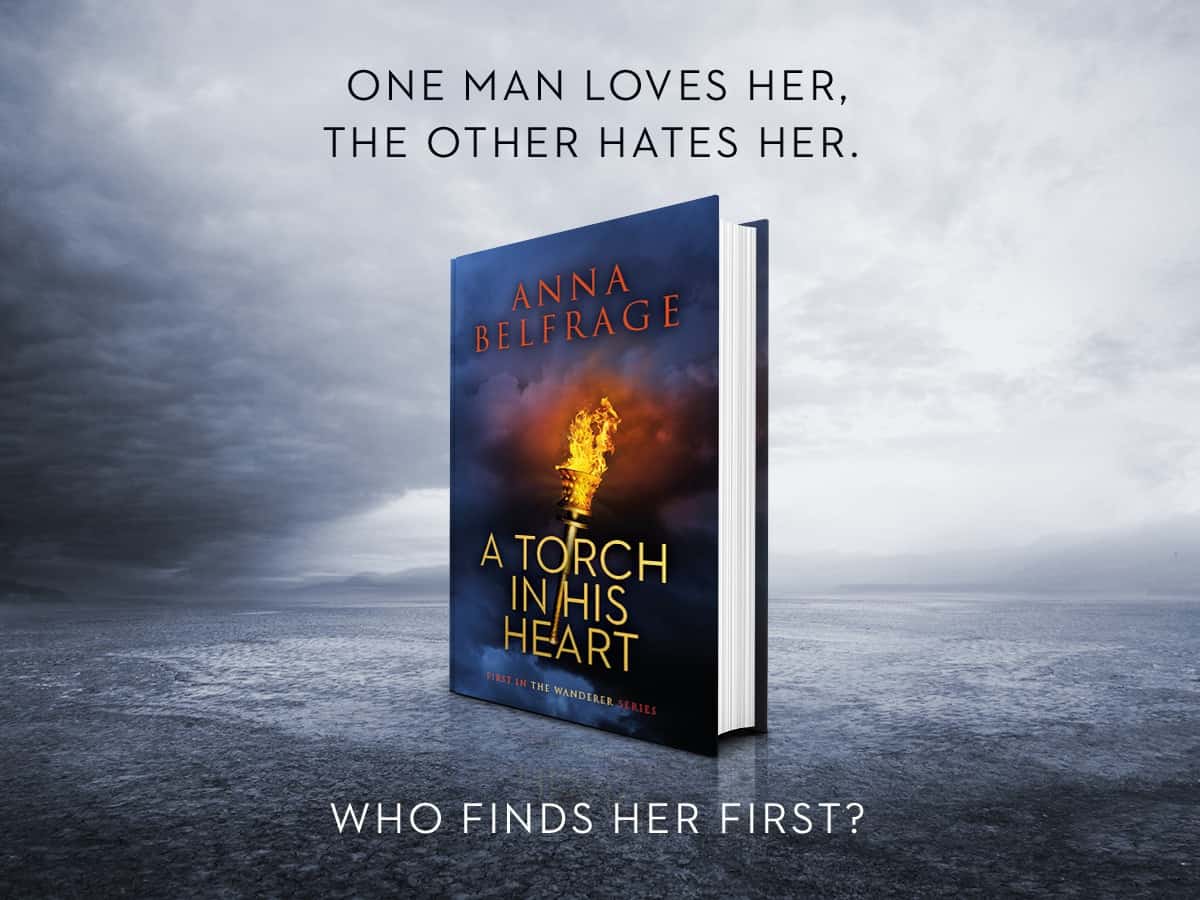 In A Torch in his Heart, Helle, Jason and Sam have all ended up in the same timeframe. That which was started so long ago must at last come to some sort of end, and let’s just hope there’s a HEA in there somewhere…

Anyway: now the book is out there. I walk about in a state of heightened anxiety. Fans of my previous books may not like this—or maybe they will. I sure hope so!

Sometime well after midnight on Sunday, she fell asleep. Not the deep, dreamless sleep she craved, no, this was a restless tossing, dreams blooming in her brain of lions and golden days, of bubbling laughter and singing voices. She dreamed of meadows and pine groves, of mountains that tumbled to the sea and of dusty, sun-baked afternoons. She dreamed of black eyes, of a dark voice that rang in her head as her lungs collapsed in pain.

But mostly she dreamed of a golden-eyed man—her man. She felt his lips on her skin and his hands in her hair, and she heard him promise to love her today and all the coming tomorrows.

In the bleached hours just before dawn she kicked off the sweaty tangle of sheets and sat up.
“Jason,” she said out loud and saw the fading image of the dream man nod and smile, “you’re my Jason.” A ghost from a long-lost life…
“You’re going nuts,” she muttered.  Yup, all of this was crazy, but all the same she hugged her pillow and stared at the wall, knowing she would never hold her Jason in her arms again.  She didn’t know how to bear it, feeling her heart freeze and shatter into thousands of glittering, ice-cold shards.

Come morning, the dreams had receded to be nothing but vague recollections—except for the faded image of a boy with amber eyes that made her smile. Jason, his name was Jason.

7 thoughts on “Venturing into the unknown”