Today, Mary Anne Yarde has popped by with a lovely guest post about Joseph of Arimathea, a globe-trotter around the time of Jesus who came to Britain not only with the word of God, but with a miraculous staff. Mary Anne writes books rooted in the legends of ancient Britain so it is no wonder she is knowledgeable and passionate about these myths – all the way from today’s protagonist, Joseph, to that king of kings, Arthur and his quest for the holy grail.

Well, no more from me: time to turn things over to Mary Anne!

Joseph of Arimathea stood on Golgotha Hill and watched, with a broken heart, as Jesus died on a wooden cross. When they finally lowered Jesus from the cross, Joseph felt compelled to offer Jesus’ family the use of his tomb, so that they had somewhere to lay Jesus’ broken body. It is hard to imagine what was going on in Joseph’s mind that day. To give up his grave was no small thing, but his love for Jesus and for what he stood for, meant more to him than his final resting place.

But then a miracle happened, and Jesus rose from the dead. The tomb was again empty, but Joseph’s heart was full of wonder. He became a disciple and spent the rest of his life wandering the world and passing on the teachings of Jesus.

It came to pass that Joseph and a group of friends sailed to a distant land called Albion. They followed the River Severn as they travelled inland and finally they found themselves in The Summer Lands. 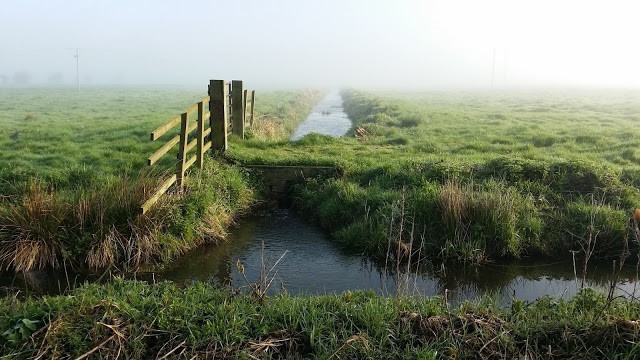 The Summer Lands were only accessible during the summer months for grazing cattle and sheep. In the winter the water would reclaim the land and all that would be left was a very large hill, seemingly floating in the middle of this great flood. The water reflected the hill and because of this the Celts called this place Ynys Witrin —The Isle of Glass.

Joseph and his friends climbed one of the smaller hills that surrounded the largest hill. Joseph lent heavily upon his thorn-wood staff, as he tried to catch his breath from the climb. He decided to name the hill, Weary-A-Hill. Joseph thrust his staff into the damp earth and then sat down to rest. 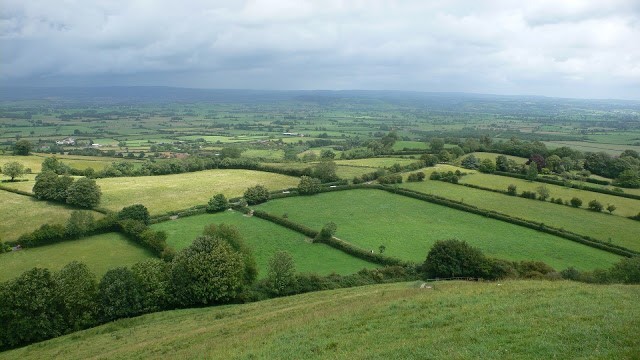 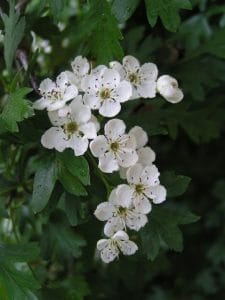 That night an angel visited Joseph in his dreams. The angel told Joseph that this land was his future. It would be his new home. Joseph awoke, refreshed, as did his friends, but much to their surprise the staff had taken root. New shoots shot out from the once smooth wood. Theses shoots would soon grow into strong branches. The buds of leaves were already forming. This was a miracle. This was a gift from God. There was no doubt in Joseph’s mind.

Weary-A-Hill was owned by a rich nobleman who had no time for the stories of this Christian deity. Neither did he have any use for the hill, for it was too steep to farm. In a gesture of goodwill, he told Joseph he could build on the hill if he so desired.

Joseph took the nobleman up on his offer and build he did. But it wasn’t a house for himself — it was a house for God. He built a House Of Worship. In fact, it was the first Christian Church ever to be built in Britain. 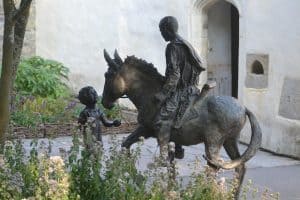 And then people started to come. At first, the odd few stranger turned up, but people were drawn here, answering a silent call. Soon Joseph had a healthy congregation, and yet, still more people came.

The Angel had been right. Joseph had found his home in what was once a strangely foreign place. He had no need for his tomb that he had given up for Jesus all those years ago. It was said that Joseph was buried on the Hill, although the exact location will forever remain a mystery. The church that Joseph built was rebuilt over the centuries. Times changed, but one thing has always remained constant and that is the Thorn tree. As regular as clockwork, the thorn blossoms every year at Easter and Christmas.

Many travelled to see this miracle tree. Many compared it to Jesus’ Crown of Thorns.

The Island of Glass, a forgotten name for a kingdom that inspired many legends. In the years that followed the name would change and it would become known as the Isle of Avalon.

This isn’t the end of the story, far from it. Joseph’s staff was not the only thing he brought with him from the Holy Lands. It was rumoured that he also brought with him a vessel. A precious cup. A beautiful Grail…

Thank you for this, Mary Anne!

For those wanting to delve deeper into this world, I recommend Mary Anne’s the Du Lac Chronicles – where book nr 4, The Du Lac Prophecy, has just seen the light of the day! 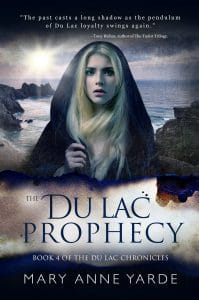 Distrust and greed threaten to destroy the House of du Lac. Mordred Pendragon strengthens his hold on Brittany and the surrounding kingdoms while Alan, Mordred’s cousin, embarks on a desperate quest to find Arthur’s lost knights. Without the knights and the relics they hold in trust, they cannot defeat Arthur’s only son – but finding the knights is only half of the battle. Convincing them to fight on the side of the Du Lac’s, their sworn enemy, will

If Alden, King of Cerniw, cannot bring unity there will be no need for Arthur’s knights. With Budic threatening to invade Alden’s Kingdom, Merton putting love before duty, and Garren disappearing to goodness knows where, what hope does Alden have? If Alden cannot get his House in order, Mordred will destroy them all.

Yarde grew up in the southwest of England, surrounded and influenced by centuries of history and mythology. Glastonbury — the fabled Isle of Avalon — was a mere fifteen-minute drive from her home, and tales of King Arthur and his knights were a part of her childhood.

1 thought on “A staff, a miracle, a holy thorn”