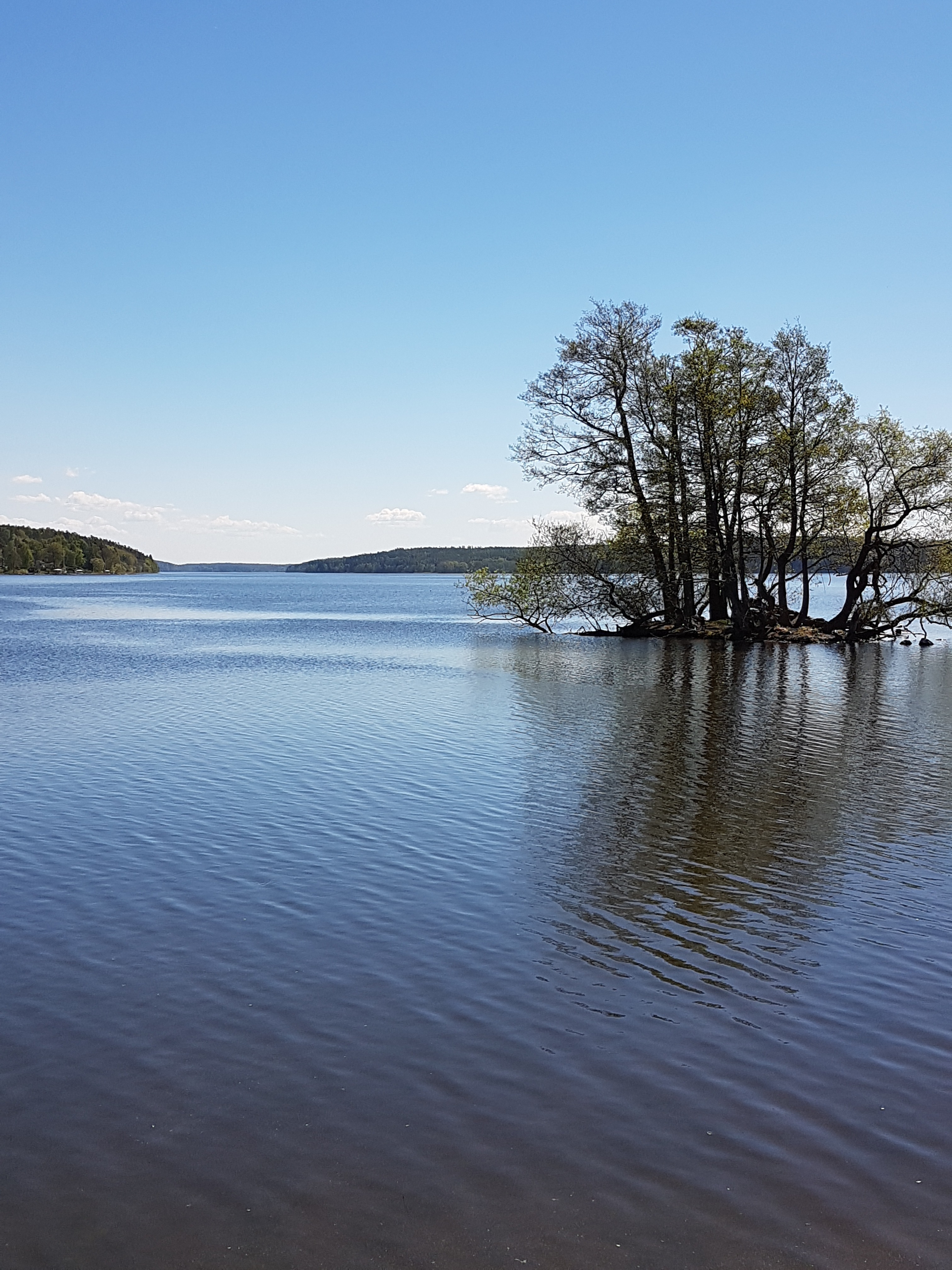 There are rune stones mentioning Sigtuna, so we can safely say that today’s stop on our exploration of the lesser-known aspects of Sweden is old. Like very old, even if these days the theories that Sigtuna was founded on a place hallowed to Odin are dismissed as fanciful. Instead, Sigtuna is thought to mean “marshy trading-post”, and while one wonders why on earth anyone would want to build a village on marshy ground, someone back then clearly thought this was an excellent idea. Maybe the proximity to an ancient hill fort helped determine the venue. Or maybe it was the excellent position on the shores of Lake Mälaren, seeing as travelling by boat was the preferred way back then.

Whatever the case, by the 980s, Sigtuna was the unofficial capital of Sweden, the then king Erik Segersäll (Erik the Victorious) having declared the former trading post a town. Erik went about his this town thing in a structured manner: he planned one long central street (still the high street of present day Sigtuna), he divided the land in a number of equal sized lots which he stipulated were all to contain four buildings – a shop, a workshop, living quarters & hall – he then gave said lots to people he really wanted to settle in his new town, and, to further promote the image of being a modern king, he invited the Church to establish themselves, probably offering his own soul as bait. “Come here and baptise me,” he might have said, while having no serious intention of ever deserting the old gods.
Now, while all of the above indicates this King Erik really existed, the reason for his epithet is somewhat murkier, but if we dig into Saxo Grammaticus, the Icelandic Edda, the somewhat biased writings of Adam of Bremen and touch all of this up with the fantastic stories told by Olof Rudbeck in the 17th century (Olof had a thing about recreating a very glorious Swedish past) we end up with a story that goes a bit like this:
Erik and his brother Olof became kings together, but unfortunately Olof died and Erik decided there was no need for two kings—he could easily handle the pressure on his own. Olof had a son, Styrbjörn, who for various reasons did not agree. Tough, said Erik, but in compensation he gave his nephew 60 ships with which to explore the world – Viking speak for doing some lucrative raiding.
Styrbjörn took the ships, sailed off to the mythical Jomsborg, home to the Jomsvikings, defeated these, and thereby earned the undying gratitude of Harald Blåtand (Bluetooth) of Denmark who offered to ally himself with Styrbjörn to teach uppity Erik a lesson. 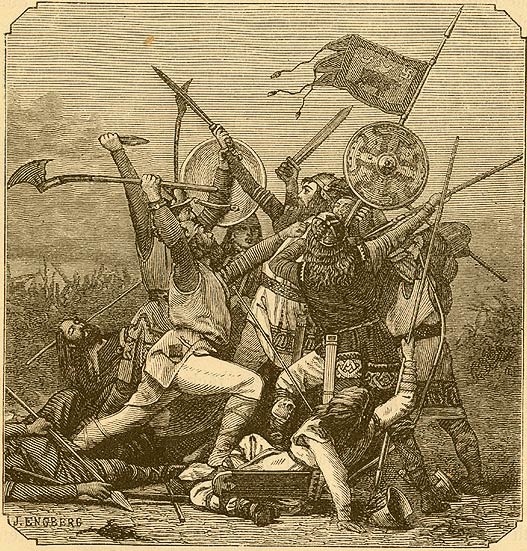 A huge fleet sailed for Sweden, and once there, Styrbjörn set his ships on fire to make it very clear to his men this was a win-or-die day. The Danes had no desire to die on behalf of a crazy Swede, so they refused to burn their ships and sailed back home, leaving Styrbjörn and his (I suppose) somewhat demotivated men to face a very determined Erik. The Battle of Fyrisvallarna was a resounding victory for Erik. Styrbjörn died and everyone lived happily ever after . Well, except for Styrbjörn, obviously.
Where this battle actually took place or even if it took place no one really knows, but a number of rune stones refer to men who died at a big battle just outside of Uppsala (which is close to Sigtuna) so something did go down back in King Erik’s day.
According to some of the sources, Erik was married to a tough-as-boots lady called Sigrid Storråda (Sigrid the Haughty) She was the mother of his sons, one of which was the future king Olof Skötkonung. For some reason, Sigrid and Erik decided to part ways – maybe he found her too overbearing, or maybe she hankered after doing some ruling of her own. Whatever the case, as per the sagas she ended up ruling over a piece of Sweden, and so beautiful and so rich was Sigrid that she was pestered by eager suitors until the day she locked two of them inside a building and burned them alive. For a while there, other suitors thought twice before importuning her with their heated love declarations.

Sigrid didn’t care: she had her eyes set on the handsome and powerful Norwegian king Olav Tryggvason, and as he was amenable, the wedding preparations went ahead—until Olav told Sigrid she had to become  Christian prior to him wedding her. She refused, he supposedly slapped her and told her he would never lower himself to wedding a pagan bitch. Not the smartest of moves, and in the fullness of time Sigrid would get her revenge, spurring her son and her second husband, Sven Forkbeard, into declaring war on Olav who was roundly defeated and killed at the battle of Svolder in the year 1000. Beware of a woman spurned, hey?
Sigrid would supposedly go on to give Sven Forkbeard one daughter, Estrid. This Estrid would marry Ulf Jarl, brother to Gytha, wife of Godwin of Wessex and mother to Harold Godwinson, and Estrid’s son, Sven Estridsen would be the first in a long, long line of Danish kings.
Unfortunately, this is when I must tell you that Sigrid may be a very colourful lady, but her historical existence is doubtful. There are those who feel the evidence rather points to Erik being wed to a Slavic princess who neither burned eager suitors nor was slapped in the face by Olav Tryggvason, but who definitely gave Erik a son called Olof. Seeing as I’m rather taken by Sigrid, I’m hoping they’re wrong.

Right: back to today’s subject, which is not the fascinating Sigrid, but rather the equally fascinating little town of Sigtuna.  Erik Segersäll was a pagan, and his son Olof Skötkonung was just as pagan – at least initially. But the times they were a-changing, and a lot of pressure was brought to bear on Olof, which was why he became a Christian, supposedly baptised in 1008 by St Sigfrid. As a consequence, churches began to sprout like mushrooms in Sigtuna, which houses some of the oldest church ruins in Sweden. Today, we can wander round the ruins of several of these churches, huge imposing things that served a town consisting of 1000 inhabitants, give or take. Once there were churches, soon enough there were priests. Once there were priests, soon enough there came a bishop, and Sigtuna thereby became an early ecclesiastic centre, a beacon of light in an area where the old Norse faith still held its own.
There is an alternative version of Olof’s baptism: the Anglo Saxon Chronicle tells the story of how King Swein (Sven Forkbeard) and a king Anlaf harried England in 994, pillaging and looting until Ethelred the Unready, as was his wont, bought them off with a huge Danegeld. This Anlaf is by some considered identical to Olof, and as per the Chronicle, Anlaf was baptised at Andover by an Anglo Saxon bishop called Sigeric (a name very similar to Sigfrid, IMO). This would sadly mean no St Sigfrid, but this version is borne out by the fact that already in 995 Olof issued coins stamped with a cross. 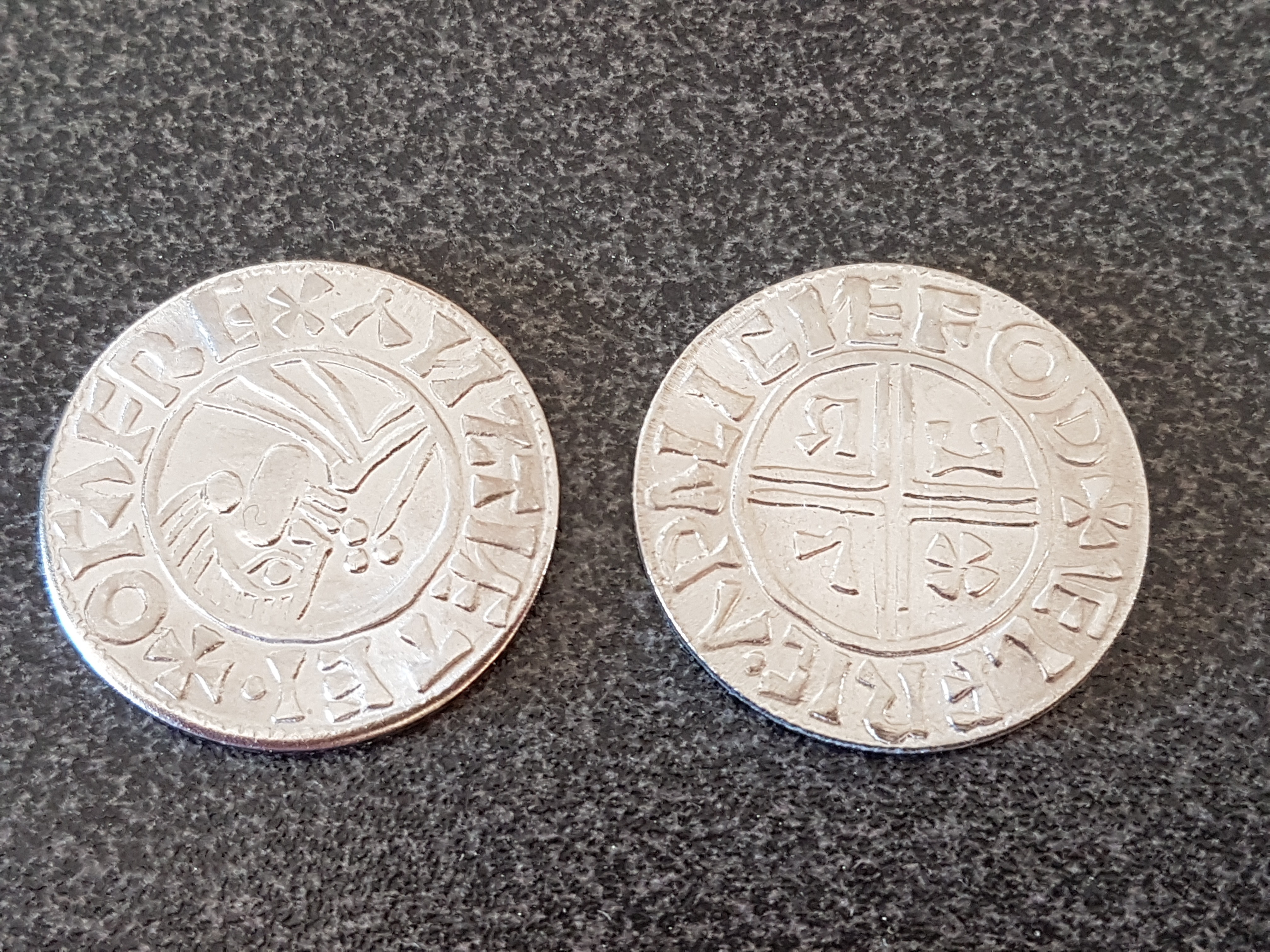 Olof was the first Swedish king to issue coins. The mint was set up in Sigtuna, and it was run by an Anglo Saxon gent named Godwine who had some sort of monopoly over the Scandinavian coin-making business, seeing as he was also in charge of the Danish and Norwegian mints. As stated above, already in 995 these coins came decorated with a cross and Olof’s name. Initially, we can assume the people in charge of the minting could read—and move with the times—as Olof is first titled “king of Sigtuna” before becoming “king of Sweden” some years later. Over time, the literacy level among those minting must have dropped severely, as in later periods we have Olof being presented as “king of England”.
Whatever the case, Olof’s conversion to Christianity and his mint were two important steps in moving Sweden away from its Viking past and towards the somewhat more civilised Europe. When Olof died, his son Anund Jacob continued issuing coins, but upon his death the Swedish mint disappeared—at least for a while. It would take almost two centuries before new Swedish coins were issued, and by then Sweden had taken great strides towards a cohesive national state, albeit that the costs had been high – almost constant civil war as one wannabe king after the other tried to grab the crown. 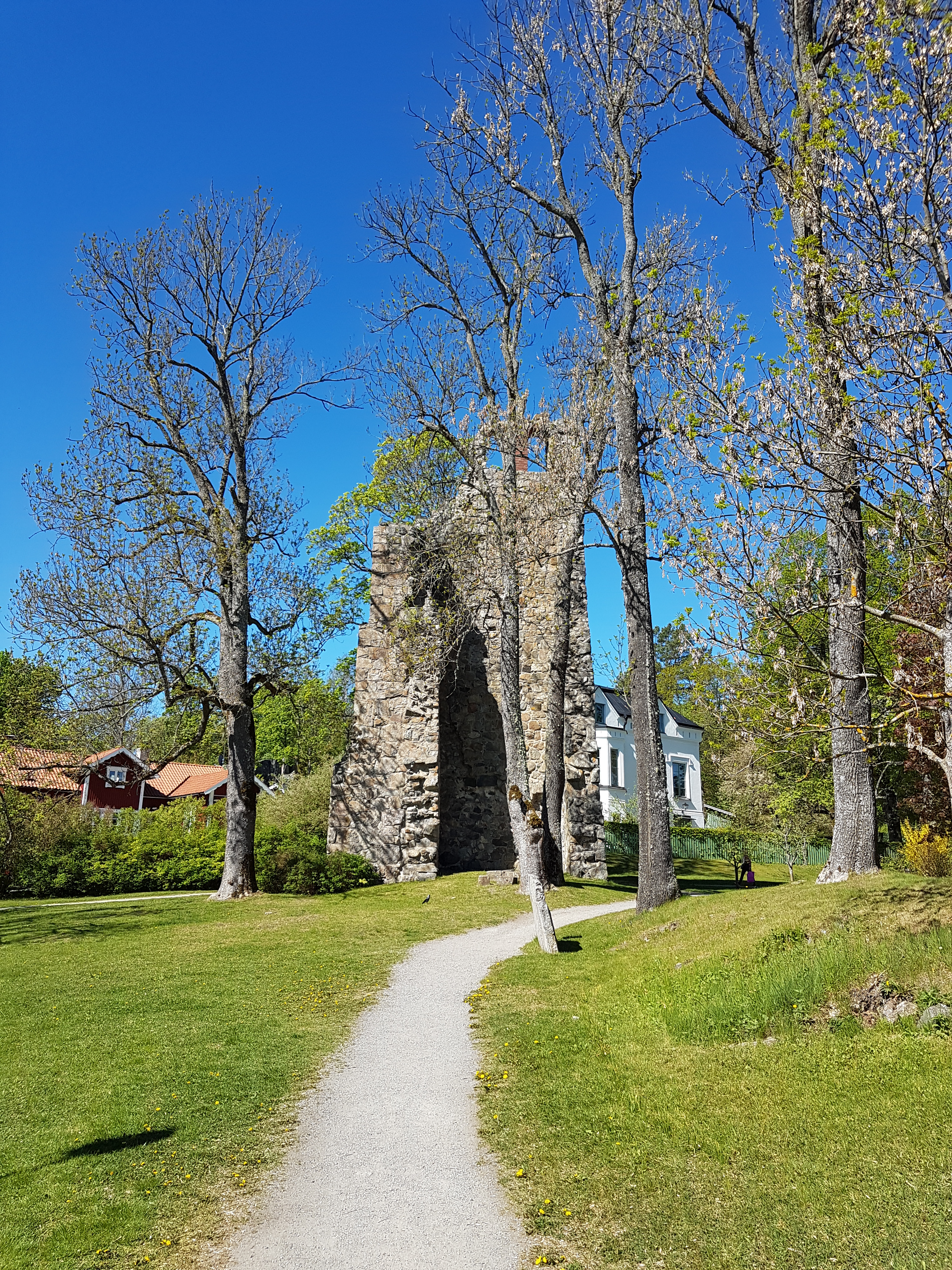 By then, Sigtuna’s heyday was over. In the early 13th century a new town saw the light of the day further to the east, and over time this humble collection of timber houses was destined to become Sweden’s present-day capital, Stockholm. Sigtuna reverted to being a somewhat somnolent place, and only in its many, many ruins of long gone churches and religious establishments can we catch a glimpse of what it was like during those two centuries when Sigtuna was truly the centre of the Swedish world.