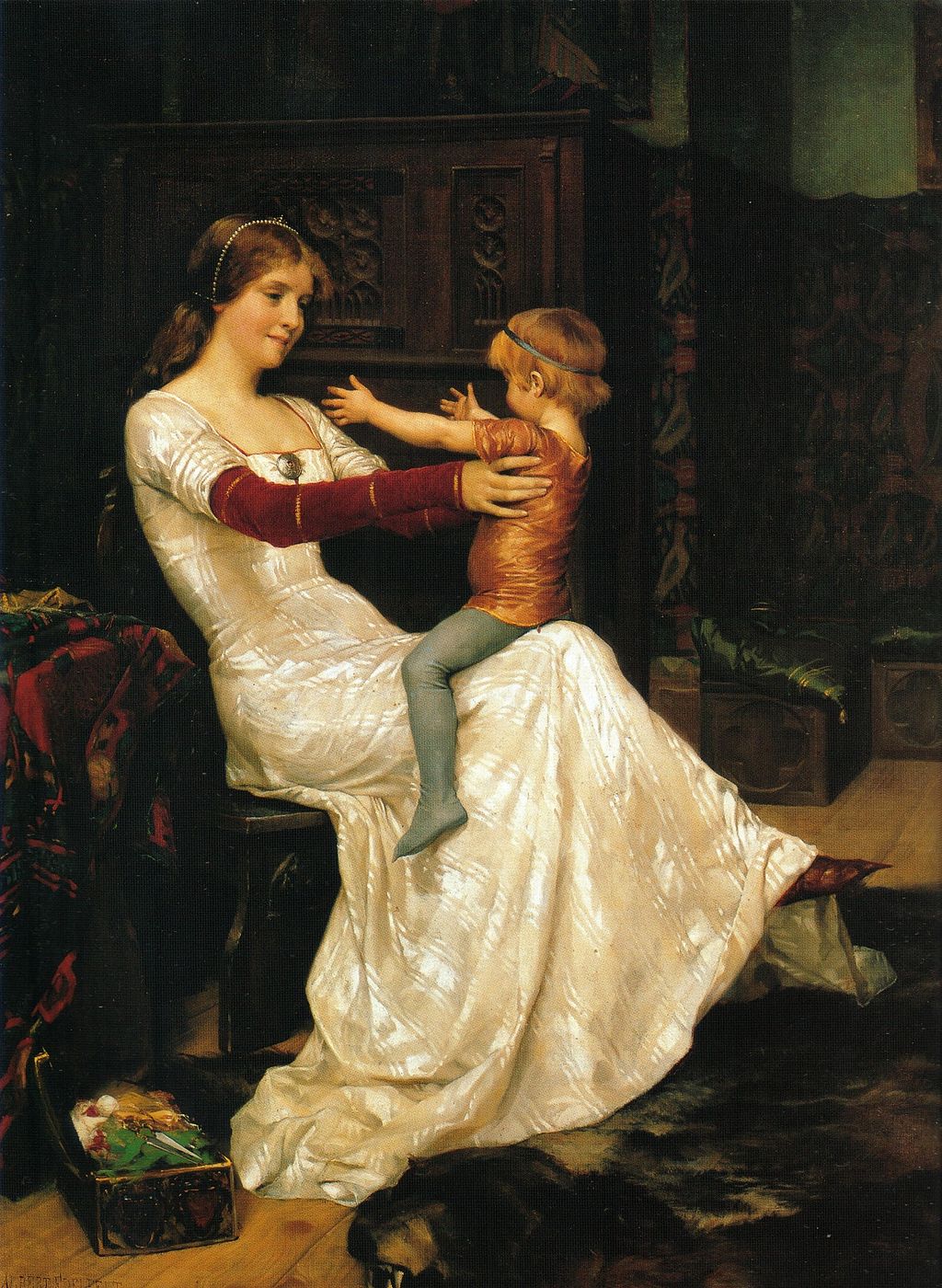 In a previous post—quite some time ago—I wrote about Blanka of Namur, Swedish queen who was immortalised by a nursery rhyme. I must admit that I knew very little about Blanka—there isn’t much to find, and other than concluding her father’s name was Jean and that she had ten siblings, I concentrated mostly on Blanka’s life in Sweden.
Now Blanka (or Blanche, as her name was spelled in French) came from a relatively illustrious family that had had the misfortune of antagonising Philippe IV of France. Antagonising this gentleman was generally a bad idea. Although Philippe had the face of an angel—hence his nickname, le Bel—he comes across as a ruthless ruler—hence his nickname the Iron King—more than willing to do whatever it took to advance his interests.

If we start at the beginning, allow me to introduce you to Guy de Dampierre. No, wait: we need to start with Guy’s formidable mother, Margaret of Flanders, born around 1202. Margaret had an unfortunate childhood in that her father, Baldwin of Hainault, took the cross and rode off to join the Fourth Crusade before she was born, and no sooner had Margaret’s mother, Marie de Champagne, recovered from the ordeal of birth but she followed her husband, leaving her two little girls in the care of their paternal uncle. Soon enough, both Baldwin and Marie were dead, and Margaret’s big sister, Jeanne, was effectively the heiress to Hainault and Flanders.
When big sister Jeanne married Fernando of Portugal (a.k.a. Ferrand of Flanders) there were plans to marry Margaret to the Earl of Salisbury, but Margaret’s guardian, Bouchard de Avesnes, put a stop to this. Instead, in 1212 Bouchard married Margaret himself, this despite the bride being only ten, twenty years younger than Bouchard. At this point, things could have taken a turn for the HEA. By all accounts, Margaret was very fond of her husband—and he of her. But Bouchard was a bellicose person, who was constantly involved in one war or another. At times, he was fighting his brother, at others, he made common cause with the English against the French. Like at the Battle of Bouvines in 1214. Big mistake, seeing as the then French king Philippe Augustus emerged victorious and wasn’t exactly known for his clemency towards those he defeated.

It was suggested to Philippe Augustus that the best way to get to Bouchard was to have the pope declare his marriage invalid. The pope did so in 1215, but Margaret and Bouchard refused to accept his ruling and fled to Luxemburg where they settled down to do some serious begetting—three sons in three years, even if their firstborn died after a year or so.
Things conspired against Bouchard who was captured and locked up in Ghent. Pressure was brought to bear on Margaret—big sister Jeanne seems to have detested Bouchard—and according to some sources she reluctantly agreed to having her marriage annulled so that Bouchard could regain his freedom. Bouchard, just as reluctantly, agreed to the separation. The idea, apparently, was for Bouchard to ride to Rome and plead their case before the pope. Sister Jeanne, however, took the opportunity to marry Margaret off to another man, a William de Dampierre.
To say things were complicated is putting it mildly: Margaret had two sons by her first marriage, and to make matters even worse, Bouchard was still very much alive and kicking, making this second marriage borderline bigamous. (How on earth did she tell him? “Hi honey, I know we have sworn to love each other for ever, no matter what popes and kings may think, but I think I may just have made a teensy-weensy mistake. I’ve married someone else. I hope you won’t mind.” )
One wonders just why William de Dampierre was willing to marry Margaret, and given the circumstances, I’m not about to put it down to passionate love. I rather think he was gambling on Margaret becoming the next Countess of Flanders, seeing as Joan’s husband was languishing in prison after the Battle of Bouvines, thereby hindered from siring any children with his wife.
For some odd reason, Margaret quickly decided her sons from her second marriage were much more dear to her than those from her first. Maybe she was just trying to forget she had once been married to Bouchard. Maybe she genuinely preferred both her second husband and her second brood of children. Maybe it was as simple as her being aware of the fact that in the eyes of the church, her Avesnes sons were illegitimate. Whatever the case, she and William had five children before William died in 1231. Margaret chose not to remarry. Perhaps because Bouchard was still alive…

In 1244, several things happened. Bouchard died – some say he was executed on Countess Jeanne’s orders. Margaret was now definitely a widow, both her husbands dead and buried. That same year, Jeanne died and Margaret became Countess of Flanders, making her eldest Dampierre son, William, her co-ruler.
This did not go down well with her Avesnes sons (Duh!) Soon enough, there was major strife in Flanders and Hainault. In 1246, the French king, Louis IX, ruled that Hainault was to go to the Avesnes sons, Flanders to the Dampierre sons. Margaret refused to turn over Hainault to her son John de Avesnes, war exploded. Things came to a head in 1251 when the Avesnes sons had William assassinated. And this dear peeps, is when Guy de Dampierre, Margaret’s second Dampierre son and grandfather of the future Swedish queen, Blanche of Namur, finally steps into the limelight.
Now Guy may have been a charming gentleman, but he wasn’t the most effective of men. Or maybe his Avesnes half-brother, John, was simply a better warrior. Whatever the case, in 1253 Guy was defeated by John in battle and taken prisoner. He kicked his heels for three years before he was ransomed in 1256. Yet again, Louis of France decided that Hainault should go to the Avesnes family, Flanders to the de Dampierres. Yet again, Margaret was reluctant, but when John de Avesnes died in 1257 she agreed to have her young grandson, also a John, named as Count of Hainault—with her as his regent.
I have no idea what Guy thought of all this. His domineering mother had no intention of relinquishing control anywhere, so for the coming two decades, he was co-ruler of Flanders, which probably meant he had little say in anything. Maybe he liked it that way. After all, the man sired sixteen legitimate children with two consecutive wives, so maybe he preferred spending time with his family.

In 1278, Margaret decided it was time to step down. At last Guy came into his own. But in France, King Philippe III and his son, the future Philippe IV, wanted to make life difficult for the English, who traded extensively with Flanders. Obviously, the Flemish merchants—or Guy—did not share Philippe’s goal. Philippe decided to up the pressure. Did not go down well, but Guy couldn’t exactly challenge Philippe on his own. Which was why, in 1294, Guy came up with the brilliant idea of entering into an alliance with Edward I of England. How? By offering the hand of his daughter Philippa as a wife to Edward, Prince of Wales.
Philippe IV was having none of it. (His daddy died in 1285, so it was left to Philippe junior to sort things out with the Dampierres) He was presently negotiating with the English king, attempting to take advantage of the difficult situation with Scotland. So he abducted Philippa and locked her up. The poor child would never regain her freedom, dying twelve years later, still a prisoner of the French king. Very sad, isn’t it? And as to Guy, Philippe decided some coercion was required to make the Count of Flanders realise just how dangerous it was to rile him. Which was why Guy and two of his sons also ended up as prisoners.
Once he’d promised never, ever to marry one of his daughters to an English prince, Guy and his sons were released. In 1297, Guy yet again allied himself with Edward I, which gave Philippe the excuse he needed to invade Flanders. And as to Edward, he made his own peace with Philippe in 1298, leaving poor Guy in the lurch. Once again, Guy was imprisoned, and this time, except for a brief period in 1302, he would not regain his freedom. In 1305, Guy died, still a prisoner of the French king.
I’m thinking many, many Flemish people heaved sighs of relief when Philippe died in 1314 – some say due to being cursed by Jacques de Molay, the last Grand Master of the Templars. (Different story: see more here) Too late for Guy, too late for Philippa, but Guy had many, many children, and his sixth son, Jean, was made Marquis of Namur.
At the advanced age of forty-three this Jean married the nineteen-year-old Marie d’Artois and over the coming twenty years she would give him eleven children—one of which was little Blanche, destined to be queen of Sweden. I’m thinking Margaret of Flanders would have liked that. Just as she would have liked that her great-great-granddaughter, Philippa of Hainault, would one day become Queen of England—even if Philippa was an Avesnes, not a Dampierre.

3 thoughts on “Avesnes vs Dampierre – a 13th century family feud”