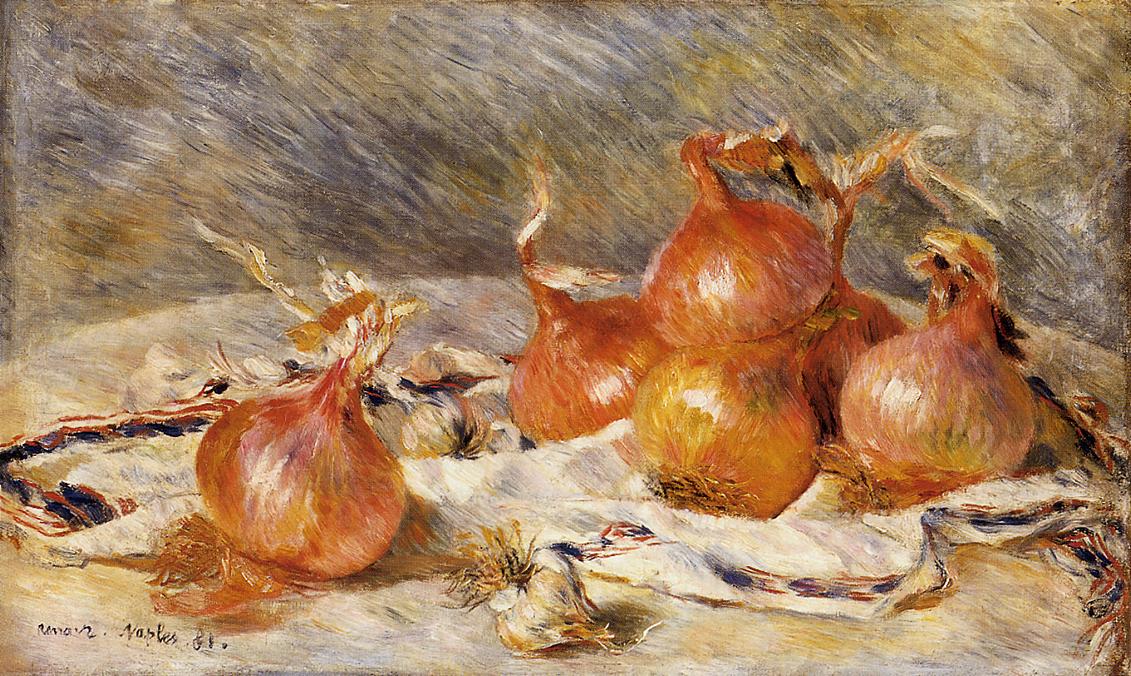 Last night was one of those stressful evenings when I came home far too late and far too hungry. Which is why I was delighted to find some cold meatloaf in the fridge.And an onion. What more does one need?
The end result was delicious. Very much due to the onion, in this case a shallot. So this set me to thinking about onions in general which is why the rest of the post is dedicated to this versatile little vegetable. 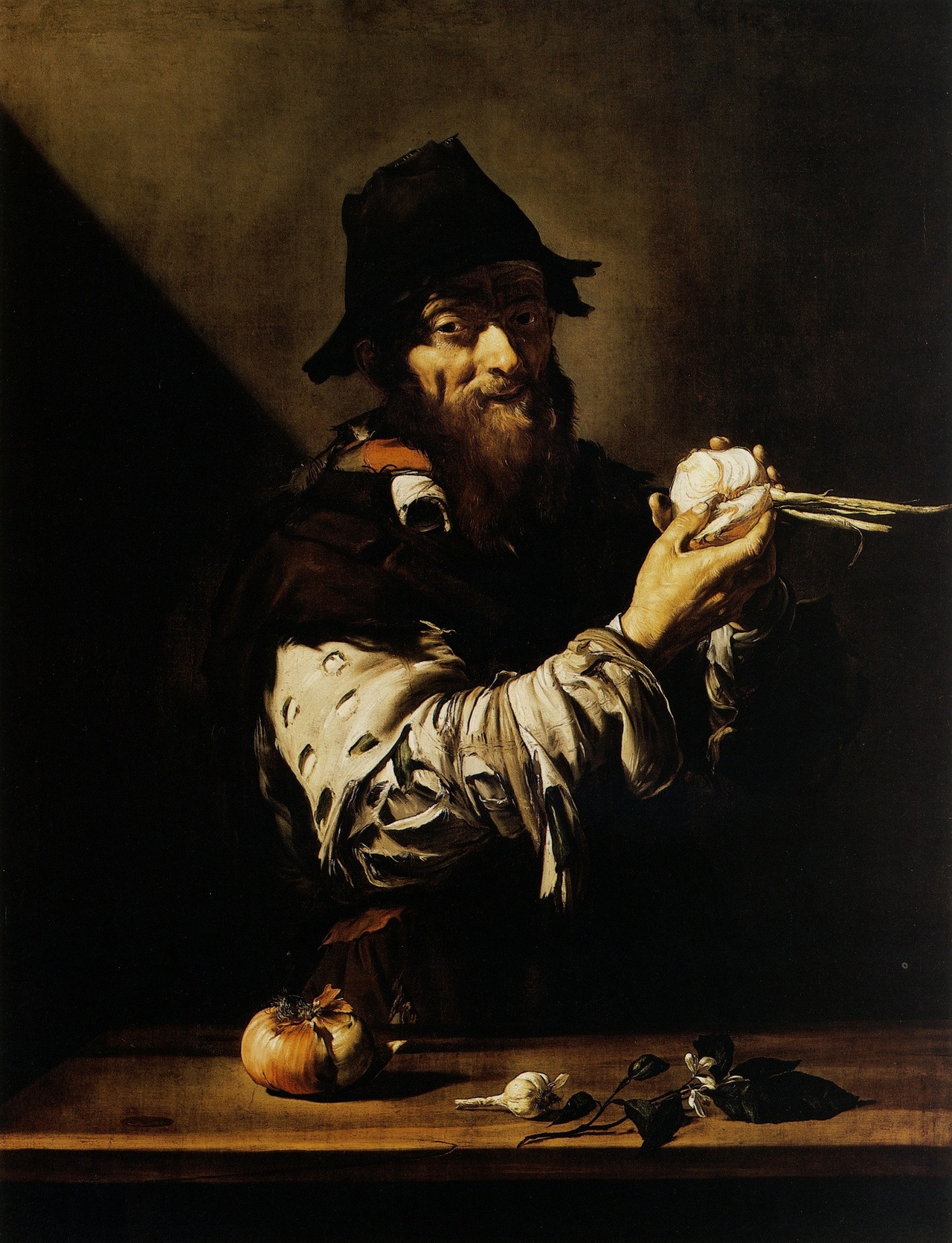 First of all, we can start off by stating people have been eating onions for ages. In Sweden, where my forebears were of the opinion that anything truly old had to be Egyptian, seeing as everyone knew the Egyptians were a really, really, really ancient civilisation, one of the oldest forms of cultivated onions is called Egyptian onions. Turns out it is called Egyptian Onion in English as well, but so as not get distracted by the Egyptian part (and I could go on: some of the oldest varieties of beets cultivated in Sweden are known as Egyptian flatfeet (?) which of course makes one suspect those ancient Egyptians only ate onions and beets. Not…) let us immediately steer this post back to today’s protagonist.
In prehistoric offal heaps, like 7 – 8000 years old, scientists have found remains of onions, together with date stones and bits and pieces of figs. Not a combination that does much for me (I hate dates ) but those distant Bronze Age people were probably not all that picky – they couldn’t afford to be. Anyway, those very old onions were probably eaten raw – and they grew wild. But by the time of Ancient Egypt (no way round those Egyptians, it seems) onions were being cultivated, and were considered good for everything from boosting your sexuality to complementing the standard fare of bread, radishes and beets.

The Egyptians were fascinated by the onion. They liked the shape, the various layers, and now and then an onion or two would make it into a grave – something to munch on while journeying to the hereafter. In fact, this humble vegetable became a symbol of eternity and the complexity of life (I’m guessing it’s all that layers) and was appreciated in all the ancient civilisations for its various qualities. First of all, the onion is easy to grow. Even better, it stores well, even in colder climates. Once harvested, the onions could be braided into a decorative plait and left to dry somewhere dark and dry.  They could then be used throughout winter – both in food and in various medicinal cures.
The onion was great to carry along on longer treks as it mitigates thirst. It also contains enough vitamin C to keep scurvy at bay. Plus, it added flavour to whatever else you were eating and came in handy should you be bitten by a snake, as onions were supposedly the ideal cure against poison. Hmm.
The Ancient Greeks were major, major fans of onions. They believed this humble veggie came packed with divine strength, and for those participating in the original Olympic games, onions became the equivalent of steroids. They ate them raw, they ate them cooked, they drank onion juice and used it as a rubbing oil. As a result. I’m thinking they glowed with health, had a somewhat obnoxious breath and probably nailed the discus throw.
The Romans were not quite as convinced as to the divine properties of onions – but they were great fans of eating them. Cooked, fried, pickled – the Romans carried the onion with them wherever they went, and while now and then the conquered people grumbled and wondered “What have the Romans ever done for us?” I think the onion would qualify as a major contribution.
The Roman Empire crumbled. Those wild Germanic tribes were on the move, redrawing the map of the known world as they went. But they too liked the onion, and as Europe fell into the chaotic centuries that followed upon the sack of Rome, years in which the veneer of Roman civilisation was lost, thereby plunging the people back into a darker, less comfy place, at least they still had the onion.

Come the Middle Ages, and onions were used to combat everything from hairloss to flagging erections. And infertility in women. Plus all those snakebites. And coughs. And tasteless cabbage soups. People set such high store on onions, in some cases you could use onions to pay off your debts. Or bribe an official. Or woo a bride.
So does the onion have medicinal properties? Well, other than being rich in vitamin C, it is also rich in polyphenols, which help combat everything from diabetes to cardiovascular disease. And then there are those flavonids, some of which are very anti-inflammatory. The conclusion is that yes, munching onions is good for you – although I’m not so sure it would help with erectile problems.
Once the Europeans “discovered” the New World, they carried their favourite vegetable over the seas to their new land. As per diaries, bulb onions were among the first things planted by the colonists – together with garlic. After all, what would life be without a good onion soup to warm you to the bone on a cold winter day?

Onion soup is still quite the thing on a cold, blustery day. French onion soup is even better, with that delicious topping of toast and cheese. A far cry from how those Ancient Egyptians enjoyed their onions, but somehow I suspect they’d enjoy this “modern” variety. Nom nom… 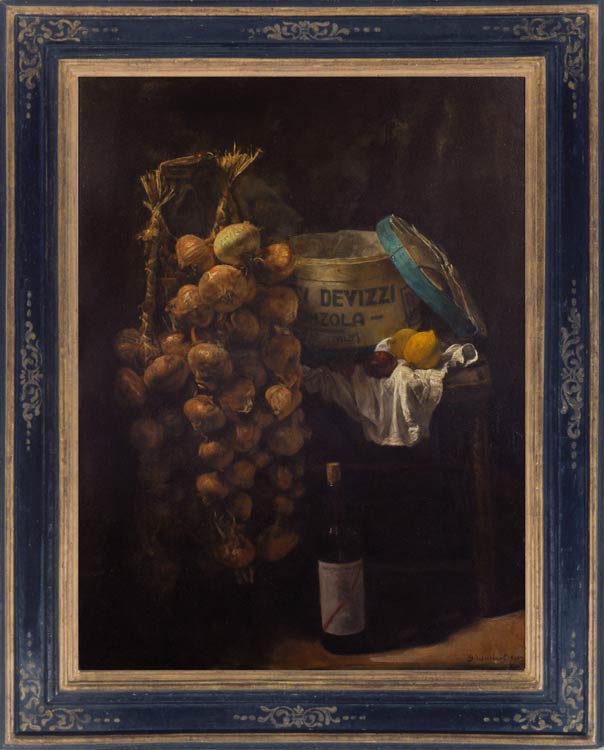 These days, the onion is still going strong. Not that all that many of us ever grow it ourselves, nor do we have plaits of drying onions hanging from the kitchen rafters (likely because most of us don’t have kitchen rafters, more’s the pity). But I’d bet all of you – every single one of you reading this post – has an onion or two in their fridge. Or in your larder/root cellar, should you have one of those.
So when next you cut into an onion, squishing your eyes shut to stop them from watering, remember you are cutting into a vegetable that has accompanied humankind all the way from the hieroglyphs to the digital age. Not bad for a humble bulb, hey? Not bad at all.