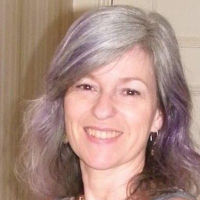 Today I am very proud to host Annie Whitehead here on Stolen Moments. Annie has a thing about Anglo-Saxon England – most understandable, IMO – and so far, she has published two books set in this period. I have read the first book, To be a Queen, and so enjoyed it I just had to have Annie drop by & visit. The second one, Alvar the Kingmaker, already resides on my Kindle. Anyway: you want to know more about Annie, I suggest you drop by her blog or her website. And just like that, I turn you over to Annie. Enjoy!
************************
It’s fair to say that life in Anglo-Saxon England was tough. Whether you were a noble, or a slave (yes, they kept slaves) there were certain hazards which could not be avoided: wounds festering, tooth enamel being worn away by chewing bread made from roughly-ground flour, Viking raids, infestations of worms, and other nasties such as ergot, a fungus which attached itself to cereal crops and was toxic to humans who subsequently ate it.
So, in general, it’s probably also fair to say that women were no better off than men, although maybe they didn’t accumulate so many war wounds. But they could wield power, and influence, and some of them rose to great prominence in what was, essentially, a warrior society.
Certain ladies come immediately to mind: Emma of Normandy – queen, wife of kings, mother of kings, and possibly the first spin doctor. And with her great work of propaganda, she allowed us a glimpse of the status of another woman, her rival, Aelfgifu of Northampton.
The Encomium Emmae Reginae, commissioned by Emma to bolster her reputation and the claims to the throne of her son Harthacnut, seeks to destroy his rival Harald’s claims by denying that he was King Cnut’s son. But it goes further, also denying that Harald is even the son of Aelfgifu of Northampton. Clearly his position as the son of a great Northampton lady is important.
Another royal lady was also called Aelfgifu. Her brief time as consort was remembered for a scandal, when she was found in bed with her husband the king, and her mother, but despite this she was able to amass such riches during her lifetime that in her will she bequeathed, among other treasures, a necklace worth 120 mancuses, two armlets, each also worth 120 mancuses, and grants elsewhere of 100 mancuses and 200 mancuses. A mancus was either a gold coin, or a weight in gold of around 4.25 g, equivalent to a month’s wages for a skilled worker in medieval Europe. This lady was clearly very rich, not only in material goods, but in estates too – many of her bequests were grants of land. 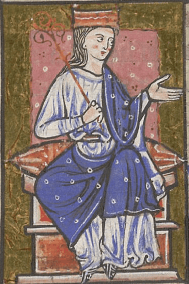 Perhaps the epitome though, of successful Anglo-Saxon women, was Aelthelflaed, Lady of the Mercians, daughter of Alfred the Great. Granted, her position as daughter of the king gave her a certain amount of guaranteed wealth and status. But the same can be said for many ‘princesses’ (not a term that was used in this era). She was extraordinary, even by the standards of the day, and she is remembered in some annals as a queen, even though the title was never hers by right. She certainly knew how to be one however.
Her story begins like so many, with an arranged marriage of political convenience. She was married off to the Lord Ethelred of Mercia, Alfred’s only ally against the invading Vikings. (It speaks volumes to me that Alfred ‘the Great’ needed to secure his ally in this way – and I’m passionate in my belief that Mercia played a very large part in Alfred’s successes. I digress, though.)
It’s always been assumed that Aethelflaed grew up elsewhere than at her father’s court, and a prime candidate for her childhood home would have been Mercia. At the time of her birth, Mercia was ruled by King Burgred, who was married to Alfred’s sister. Alfred’s wife was a Mercian noblewoman, so there were strong family ties between the two kingdoms.
However, as a bride, returning to the midlands, Aethelflaed would not necessarily have been welcomed. Indeed, there is a (later, medieval) tale that she was attacked on her way to Mercia, by Mercians who were not in favour of alliance between the two countries.

The war against the Vikings fared better once Alfred and Ethelred were working in partnership, and went better still when Alfred’s son, Aethelflaed’s younger brother, Edward, reached an age where he too could fight. Edward, later known as Edward the Elder, was an admirable warrior and strategist. Bear that point in mind…
At some point, around the year 902, Ethelred of Mercia was struck with some kind of debilitating illness. It would have been easy, and perfectly natural, for Edward (who had at this point succeeded his father to the throne) simply to annex Mercia and rule it himself. But he didn’t. Even after Ethelred’s death, apart from putting a couple of strongholds, London and Oxford, under his direct control, he allowed his sister to remain in charge of Mercia. Yes, a fit, able, strong young king allowed his sister, a woman, to rule.
Maybe the Mercians, fiercely independant, would have put up too much resistance. But just think – they didn’t rise up against her, she who was not really ‘one of them’. They didn’t rebel against Edward, and they didn’t put up a candidate of their own. They, like Edward, were happy to be led by a woman. One can only wonder what her personal qualities must have been, to inspire such loyalty. 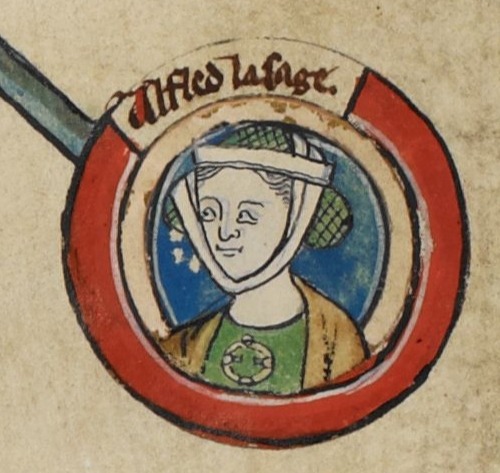 Did she actually fight? I’m not sure. But she was definitely present at the siege of Derby, where she lost thegns ‘who were dear to her’ and we can infer that it was she who oversaw the successful defence of Chester in 907, because we know that by this time her husband was incapacitated. In 917, an abbot of whom she was fond was murdered by the Welsh, and she led an army into Brycheiniog, attacking the fort on Llangorse Lake and taking many hostages. Clearly, this was not a lady to be crossed.
Even when she died, she was in the middle of negotiations with a deputation from the north, who had asked for her help against a fresh wave of invaders.
I think her achievements rank her alongside the likes of Boudicca, of Joan of Arc, of, well – there aren’t that many others, are there?

And yet history barely remembers her. I think it’s largely because the main primary source for this period is the Anglo-Saxon Chronicle, which was commissioned by Alfred the Great, and was written by monks of Wessex, who naturally had a bias towards the West Saxons. But she is remembered in the old capital of Mercia, Tamworth, where in 1918 they erected a statue of her. I hope she would be pleased!
**********************
My review 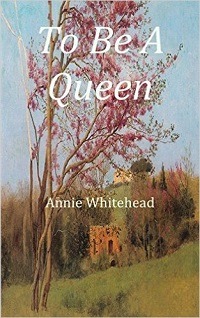 I must admit that while I find Anglo-Saxon England fascinating it is also a bit of an unchartered territory for me, and while I had heard Aethelflaed mentioned, I did not know much about her prior to reading this book. Now, of course, I know much more, starting with the fact that our protagonist grew up in an environment of fear – her father, Alfred the Great experienced his fair share of setbacks, and when he did, his immediate family lived in fear of their lives, something that in many ways marked Aethelflaed for life.
Ms Whitehead presents a serious child who grows into a serious young woman, then a serious wife. A woman for whom duty comes first, no matter what her heart’s desires may be. A lady who has every intention of doing what she can to never again experience fear, which effectively means halting and defeating the Vikings. Aethelflaed is an engaging character, and by the time she is old enough to be torn between her duty to marry as her father wishes and her own desires, I, as a reader, have developed a personal relationship with little Teasel which makes her anguish my anguish. Except, of course, that I, as the reader, have the privilege of glimpsing into the mind of Ethelred, Aethelflaed’s husband, and realise Alfred has chosen wisely – both for political and personal reasons.
Strong characters are the pillars on which this novel is built, firmly rooted in a historical and geographic context that is beautifully presented. It is apparent Ms Whitehead knows her period inside out, with period details inserted seamlessly into the narrative. It is equally apparent she loves her protagonist – which is maybe why I love her too!

12 thoughts on “Making it good in tough times – meet Aethelflaed”