Those of you who follow my blog will know that one of my proudest moments as a writer was when I won the Historical Novel Society’s Indie Award in 2015. Seeing as it all happened in Denver, that particular city will always have a special place in my heart. 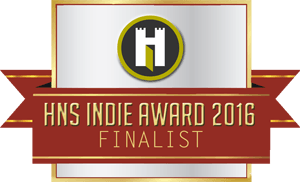 The Historical Novel Society does an awesome job when it comes to spreading the word regarding good historical fiction – both traditionally published and self-pub. This year, I have the honour of being one of the final judges for the HNS Indie Award 2016, and I thought it might make sense to allow the four finalists to introduce themselves. Having read all four books I can conclude the quality is impressively high – which does not exactly make my job any easier 🙂 Not that I’m surprised: to reach the finals, these books have gone through a rigorous selection process, and what remains is la crème de la crème as one says in French. All are worthy winners, and at this point it comes down to the subjective preferences of the judges – a bit like selecting the winner in the Olymic Women’s ice-skating event. 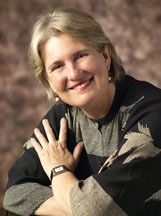 Today, I’d like you to meet Barbara Sjoholm. An American lady with a Swedish name – but with a large dollop of Scottish blood, she tells me. Barbara’s book is called Fossil Island and is set in the late 19th century in Denmark. For me, as a Swede, it was a pleasure to read about Georg Brandes, Carl Nielsen and Victoria Benedictsson. I suspect these are not household names elsewhere in the world, but for us up here in the north they most definitely are. Not that knowing about these people is fundamental to enjoying the book: Fossil Island is a lovely story featuring a young teenager and her first, faltering steps towards adulthood. Ms Sjoholm writes in small letters throughout, her intense scenes crawling in under your skin and leaving you short of breath. There is one particular scene involving a desperate woman, a man, and his handkerchief that is among the best I have ever read. Ever.
I’ve prepared a set of questions for all four of the finalists, and without more ado, I hereby give you Barbara!
Tell us a bit about the inspiration behind your finalist book
Fossil Island is set in late 19th century Denmark at a time of great changes in women’s roles in society and is loosely based on the real life character “Nik,” otherwise known as Emilie Demant Hatt, who later became an artist, writer, and an ethnographer in Lapland. I had earlier translated Demant Hatt’s delightful travel book, With the Lapps in the High Mountains, and had read a memoir she’d written but that wasn’t published in her lifetime. This memoir told the previously unknown story of her adolescent romance with the composer Carl Nielsen, which began when she was fourteen and he was twenty-two. There were just enough details in the memoir to awaken my interest and think what a marvelous novel it would make. Fossil Island allowed me to write about music and art, natural history, rural Denmark and Copenhagen, bicycling, and repressed and expressed sexuality, subjects just hinted at in the memoir and Carl Nielsen’s collected correspondence.
Did you know already from the beginning how the plot would progress, or did “things happen” as the story trundled along?
The basic plot was set: talented boy meets girl, and boy eventually moves on, leaving girl behind. I didn’t change Nik’s situation in life, but brought out as much as I could based on the limited facts and my knowledge of Danish society and culture. That said, I felt free to invent other characters and give them different fates, and yes, I was surprised at times at what everyone got up to.
For me, it is with the re-write of the first draft that the story goes from black and white to technicolour – i.e. this is my favourite part of the writing process. Which is yours?
I love all aspects of novel writing, from early inspiration and research to revision and polishing. Rewriting is satisfying because it’s possible to work more deeply with the underlying themes and metaphors. For instance, in real life, Nik had an uncle who owned a bicycle factory and she lived in a small village on the Limford, across the water from the island of Fur, very well known for its Eocene fossils. Both bikes and fossils play a role in the novel; it was in rewriting I explored their connections to freedom and to the layers of the past.
What was the most difficult scene to write in your novel?
It’s often the subtle scenes that are more taxing to write than the more dramatic ones. Fossil Island reproduces the repression of the 19th century novel, but also tries to suggest what Nik and her older sister might actually have been feeling about their impossible loves and longings. I felt I had to walk a line in some scenes—not saying too much, but allowing the reader to guess what emotions were stirring below the surface.
Describe your protagonist in maximum five words.
Tomboy, passionate, uncertain, high-spirited, curious.
Are you planning any sequels to your book?
Fossil Island has a published sequel, The Former World, which carries on Nik’s story through age eighteen.
What were your main reasons for going down the indie route with this book?
My agent, Robert Lescher, died while I was writing the novel, which eventually became two shorter novels. I had difficulty attracting a new agent for Fossil Island, perhaps because of the length or the relative obscurity of the subjects. I’d previously published with mainstream, independent, and university presses, but I was curious about the new technologies of printing and publishing on demand, and thought I’d like to explore them.
Going forward, do you see yourself as remaining an indie author? Which are the pros and cons?
I wouldn’t rule out doing another indie publication. I really liked the copyeditor I hired and enjoyed the whole process of making an attractive-looking book. Actually, books, plural, because my process allowed me finally to accept that I had a novel and a sequel in hand. The production, through IngramSpark, was surprisingly easy and professional looking. I had the usual indie problems afterwards with publicity and distribution, in particular getting Fossil Island into bookstores and libraries, even though I had some good reviews, but I found some ways to overcome at least some of the obstacles. It helped that I published the novel in 2015, when Carl Nielsen’s 150th anniversary was being celebrated.
Finally, what does it mean to be a finalist for the HNS Indie Award 2016?
This is my first historical novel. It’s always been a genre that I’ve enjoyed reading and it’s been lovely to be in the company of other novelists working in this field. It’s an honor to have been chosen as a finalist by HNS.
Thank you, Barbara! And for those of you who want to know about Barbara, I suggest you pop by her website. If you’re curious about Fossil Island, here is the blurb: 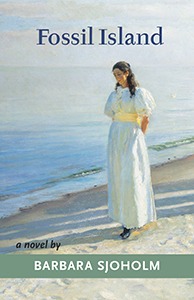 Denmark, 1887. Nik Hansen is a fourteen-year-old tomboy who spends her time dreaming and fossilizing on the nearby island of Fur, a geologic marvel. Her older sister, Maj is starting to entertain ideas of women’s rights. The summer begins with a visit from the girls’ aunt, accompanied by a young man she calls her foster son. Carl Nielsen has just finished his music studies and plans to become a composer. Flirtation turns to a secret romance between Nik and Carl, as Maj weighs an engagement to Lieutenant Frederik Brandt. The following summer brings the sisters’ intertwining stories to a head during a month in Copenhagen with their aunt, where they juggle passion, jealousy, and violent events with their search for independent lives of their own.

On Amazon US
On Amazon UK
The other finalists are Maria Dziedzan, Lucienne Boyce and Alison Morton
UPDATE! Barbara was one of the joint winners. CONGRATULATIONS!

15 thoughts on “And the finalists are…”