Yesterday, I treated my family to one of my favourite summer dishes – salt-fried prawns with aioli. I make the aioli myself, and what is not consumed with the prawns is eaten with chunks of bread, dipped in this delicious Spanish sauce that tastes of garlic and oregano.

The first time I ever had aioli was on Menorca. This is one of the Balearic Islands, and as its name implies it is smaller than Mallorca – but bigger than Ibiza, even if that is neither here nor there. Menorca is famous for an absolutely fantastic lobster soup/stew called caldereta, for its aioli – and for being the birthplace of mayonnaise. 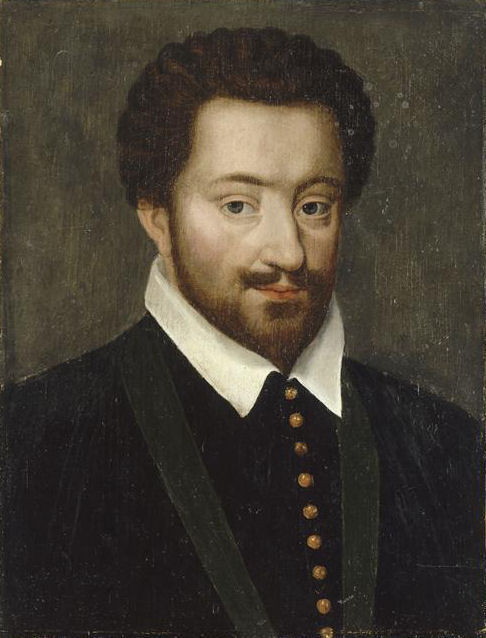 What? I can see some of you straightening up from your summer slouch. Mayonnaise is a French sauce, you say – derived from Mayenne. Hmm. I am less than convinced, even if I do find the French version of this sauce’s pedigree historically interesting. As per some, one of the more capable (and likeable) generals in the religious civil war that plagued France in the 16th century was addicted to this thick, creamy sauce. I am talking, of course, about Charles de Mayenne, a son of the House of Guise and leader of the Catholic League. So fond was he of this sauce that it was given his name, and all that mayonnaise consumption is supposedly why our Charles grew stout with age.

Now, if we take a step back and study the ingredients of mayonnaise, one can but conclude that they are very, very similar to those of ailoi – bar the garlic. Okay, so to combine egg yolks, oil, salt and other seasoning and whip it all up into a sauce is not exactly rocket science, but all the same: aioli and mayonnaise are sister-sauces. For all those who prefer to view mayonnaise as a French sauce, I offer the comfort that even in the Menorca based mayonnaise myth, the French play a central role. But let’s start at the beginning, shall we? 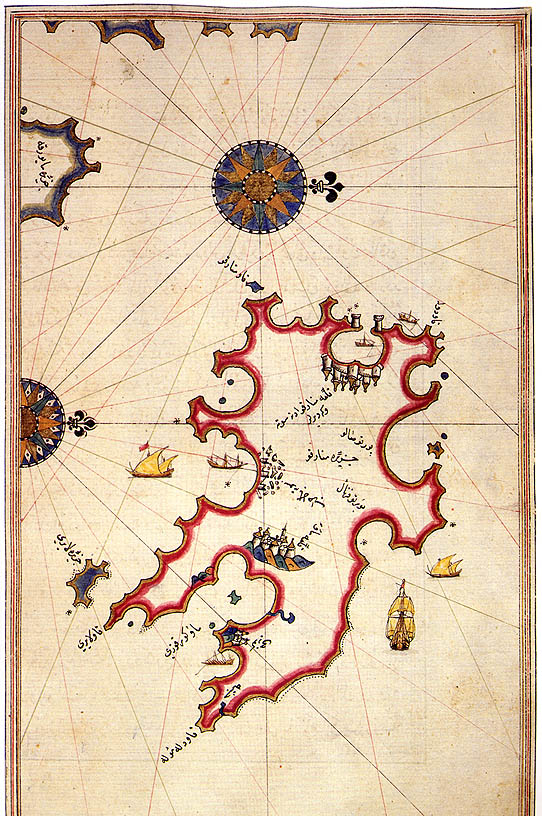 Menorca is an island with a fascinating history. Prehistoric inhabitants have left the island littered with strange neolithic buildings, the Romans have left their imprint on the island, it was a haven for early pirates, it has been raided by Turks and by Barbary pirates – in brief, Menorca has suffered a long string of wannabe owners. In the early 18th century, the British took possession of Menorca (this in the aftermath of the Spanish War of Succession).

At this point in time, the British Empire was still in expansion mode. Backing the right horse in the Spanish War of Succession gave the British not only Menorca but also the far more strategically important Rock of Gibraltar. Suddenly, the British Empire was a force to be reckoned with in the Mediterranean, and Menorca with its excellent  natural harbour at Mahon (Aha! Mahon-aise…) became an important British outpost. The French were not pleased. The Spanish were not pleased. The Ottoman Empire was probably not pleased, but who cared about their opinion anyway? Consensus among the French and the Spanish was that the British were intruders in the Mediterranean, and for some decades they gnashed their teeth and whetted their claws, waiting for an opportune moment in which to strike.

In 1754, the Seven Years’ War exploded, involving more or less all major European countries and their colonies. The Mediterranean became one of the war zones. The Mediterranean probably sighed and grumbled, shifting its waters in restless waves, but through the ages it has become quite accustomed to being contested waters so I guess it groaned dramatically and went “here we go again” while feeling somewhat flattered by the fact that people were STILL fighting over it. 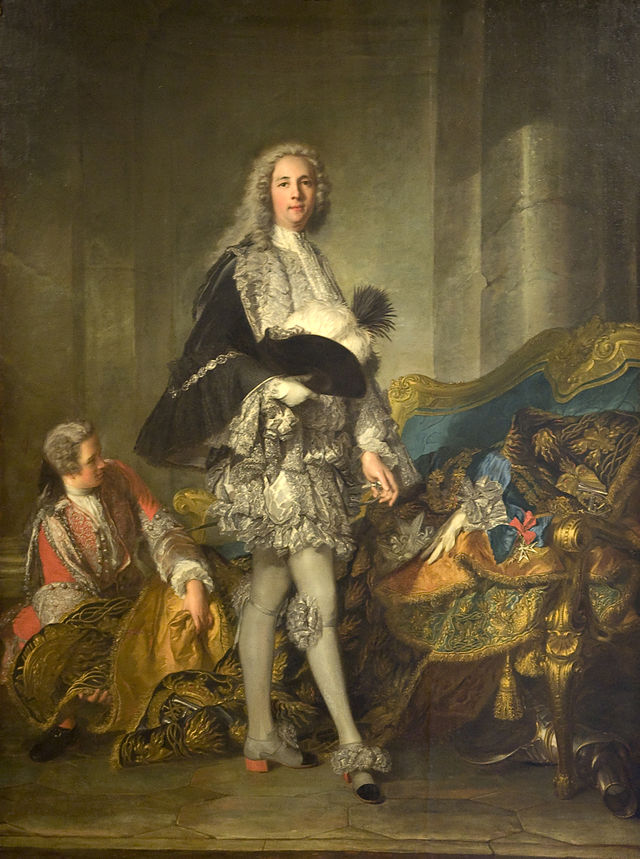 It is time to introduce one of the central character in this our history of mayonnaise, namely the French Duc de Richelieu, Louis Francois Armand de Vignerot du Plessis – Armand to his intimates, among which he counted the king of France, Louis XV. In 1756, this gentleman was sixty, and per the standards of the time he should have been either dead or ailing, but our Armand was a vigorous man, and so he was put in charge of the French force that was to oust the British from Menorca.

Our French dandy set to with enthusiasm, besieging the British garrison of the Fort St Philip which looms over the Mahon harbour. 15 000 French soldiers were landed on Menorca in April of 1756, five times the number the British had. Severely outnumbered, the British garrison set their hopes to the relief forces commanded by Admiral Byng. 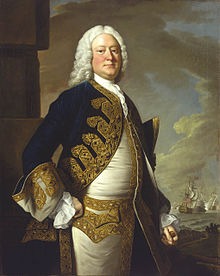 Admiral Byng was an experienced naval officer, who at the time was serving in the Channel. He was ordered to immediately set off for Menorca, his protests along the lines that he needed more men and more money so as to repair his ships ignored. Byng had no choice but to follow his orders, despite serious misgivings. His ships leaked, he was seriously undermanned, and further to this he had been forced to replace his experienced marines with boatloads of soldiers to be landed on Menorca.

Byng made a brief stop in Gibraltar to provision. He begged the governor for more men to augment his numbers, but the governor refused. From Byng’s correspondence, it is pretty clear he knew his chances of success were slim. He was more than aware that his ten ship of the line would be no match against a determined French squadron.

On May 19, Admiral Byng and his ships made contact with the French. Outnumbered and outgunned, reluctant to attempt any heroics and constrained by his standard approach to sea battles plus the doubtful sea-worthiness of some of his ships, Byng had no choice but to retire. His intention was to return to Gibraltar, repair his ships and try again. That was not to be. 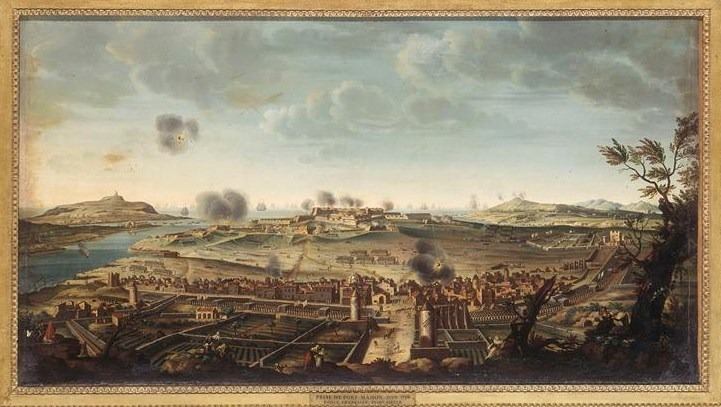 After three months, the British garrison in Mahon gave up. Always the gentleman, the Duc de Richelieu treated his vanquished foes honourably, and they were allowed to depart the island, leaving the French in charge. And this, dear people, is when the French decided to party – and as we all know, when French people party, they do so with excellent food.

The Duc de Richelieu was fond of his palate. He enjoyed his food and sauces, and therefore where Armand went, there went a cook or two. In this case, the cook was put in charge of a massive banquet in which a sauce made of eggs and cream was to figure prominently. Gah! No cream! The cook cursed, he gnawed at his apron, he threw a wooden spoon or two at his kitchen boys, wondering what sort of uncivilised place this was that there was no cream. Which is when a local may have suggested he use the “salsa mahonesa” instead (like aioli but without the garlic). Or maybe the cook  himself had the brilliant idea of replacing cream with olive oil. We will, I fear, never know.

What remains undisputed is that it was a very good party, with very good food, and ever since mayonnaise has been one of the staple sauces any chef worth his salt must learn to make. Personally, I don’t like it much.

Ultimately, the French dominion over Menorca was to be short-lived. The British won the Seven Years’ War and Menorca was returned to them in 1763, only to be wrested from them again in 1782. And as to Admiral Byng, he was to bear the full opprobium for the loss of Menorca. Upon reaching Gibraltar, he immediately began preparing for a second campaign, but before he could sail, ship from England arrived, relieving Byng of his command and placing him in custody.

What was to follow is one of the worst legal scandals in British history. To save its own hide, the Admirality hung Byng out to dry, and his honour and reputation were torn to shreds by the broadsheets of the time.  As a result of the furore that swept the country, Byng was court-martialed for his failure to relieve Menorca, and found guilty of not having done his utmost to win. Under the new Articles of War, there was only one punishment for this: death. 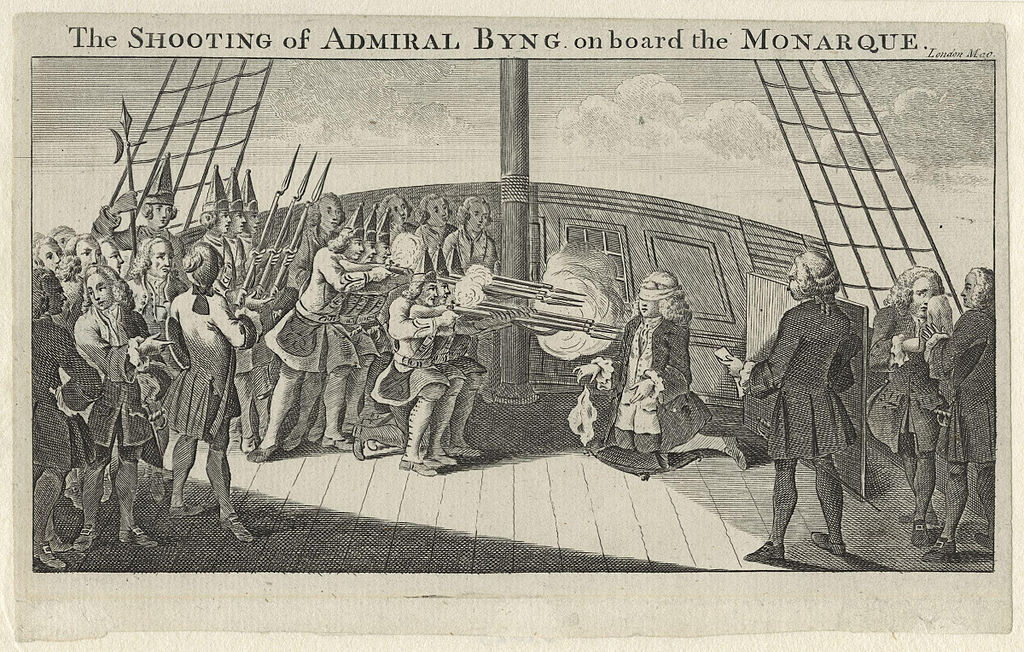 Despite repeated attempts by Parliament, by the Prime Minister William Pitt the elder, to urge the king to show clemency, George II refused. And so, on a March day in 1757, Admiral Byng was led out on the quarterdeck of HMS Monarque, knelt on a cushion and was shot dead by a platoon of Royal Marines.

These days, Menorca is a sun-drenched island that welcomes thousands of tourists to its beautiful coves and beaches each year. Very few of those tourists have any interest in history – whether of Menorca or of mayonnaise. But for those of us that do, maybe this post will serve to make us recall Admiral Byng whenever we open a jar of mayonnaise. Or maybe we should remember Louis Francois Armand de Vignerot du Plessis – but seriously, who can possibly remember all those names?

3 thoughts on “The saucy consequences of a naval battle”