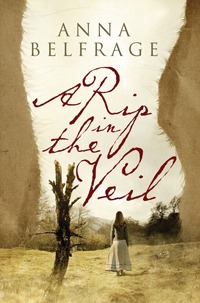 Publishing a book bears a remarked resemblance to being stuck in a hole and yelling “Hello? Can anybody hear me?” Just because the book is there, it doesn’t automatically sell itself, nor do reviews start pouring in from right left and center.

Okay, okay; my book is still a baby, a mere two or three weeks old. But still; by now I had hoped to … what? I’m not quite sure, actually, but somehow the transition from writing & editing (a solitary work where I am entirely in control) to promoting and selling (where I am nowhere close to being in control; I can’t exactly force people to buy the book, it must sort of stand on its own merits – which it does) is much more difficult than I expected.

The absolute euphoria resulting from holding my book for the first time has faded somewhat – but only a little. I giggle like a child whenever I see it (Often. I have copies here, there and everywhere) and I still haven’t dared to read it. However, some people most definitely have, and while I am pleased as punch re the informal reviews I’ve had, please, please share them with more people. On Amazon, Goodreads, Lovereading, Troubador – wherever! I’m getting a bit hoarse here from calling out my lonesome “Hello?” (Plus it always makes me croon Lionel Richie’s song from like ages ago)

For those of you that haven’t read it yet, my book is a roller coaster ride set in the latter half of the seventeenth century. Rogues, devious ministers, royalists, fervent Presbyterians, witches and a very nasty brother populate its pages, and starring in this rather spicy broth is Alex(andra) Lind and Matthew Graham. She was born in 1972 (“What?” “Yupp, you heard me, in 1972”) and has the misfortune of being caught in a rift in time. Well, misfortune and misfortune, it’s not as if this new life of hers doesn’t offer some sort of compensation, mainly in the shape of Matthew Graham, handsome Scot that he is. (But not a kilt in sight). While Alex agrees that Matthew has some finer points, this her new life most certainly doesn’t, starting with the dismal lack of showers. Besides, things are far too exciting this side of the time divide, and there are days when she desperately longs for home and her lost people.

A Rip in the Veil makes perfect reading a rainy Sunday, or a sunny Saturday, or a lonely evening –  actually whenever you need some hours of escapism.

So; should you find the above enticing, why not click one of the links below and buy it? And if you liked it, maybe a little review?

3 thoughts on “The travails of a newly published author”