I have spent the last few days thinking about ice. Partly, this is because it’s been very, very hot—so hot, I wouldn’t have minded a pile of crushed ice to roll around in. And then, of course, there are all the news reports about the disappearing ice—in the Artic, in the Himalayas, in Antarctica. Everywhere, ice is melting, which, IMO is rather worrying. If the Himalaya glaciers aren’t replenished, if they continue to shrink, well over a tenth of the world’s population will see their natural water sources dry up. Scary, scary stuff. And with no ice in the Artic, the polar bears will have a tough time surviving.

Before I plunge you all into dark despair, I haven’t only been thinking about ice in this context. No, I’ve been thinking of it from a historical perspective—or rather about a couple of those occasions in history when ice made a difference. 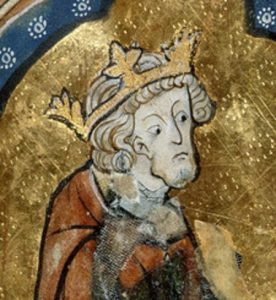 One such occasion was back in the twelfth century. More specifically, we’re at Oxford, and King Stephen has finally managed to corner his cousin Empress Matilda. A complicated relationship that: after all, Stephen had once sworn fealty to Henry I’s only surviving legitimate child, but no sooner did Henry cock his toes and Stephen cleared his throat. “Hands up anyone who wants a female ruler,” he said. Very, very few hands shot up, and as Stephen was
a) a grandson of William I
b) deffo male
he became king, effectively usurping Matilda. This she did not like, which is how England ended up plunged into the civil war known as the Anarchy. 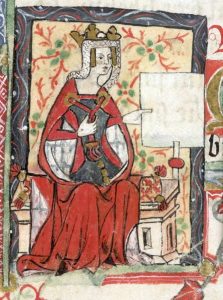 Things went back and forth, but on this wintry day in 1141-42, Stephen was so, so close to finally capturing Matilda and ending the war. Oxford Castle was surrounded and all Stephen had to do was wait. Well, if it hadn’t been for the ice. Because instead of allowing herself to be taken prisoner, Matilda decided to brave the ice of River Isis. A dangerous venture and as most peeps back then didn’t know how to swim, it took quite some courage to venture out on the frozen surface. But Matilda had no choice: to fall into Stephen’s hands would be to lose the war. As most of you know, she escaped and the civil war would continue a decade or so before Matilda’s son, Henry II, claimed the throne upon Stephen’s death.

From twelfth century England, leap with me to 17th century Scandinavia. Oh, glorious years when Sweden was a super-power (said tongue-in-cheek), when her disgruntled Nordic neighbour, Denmark, twisted with envy at having been knocked down a notch or two in relative importance. The treaties signed between Denmark-Norway and Sweden at the conclusion of the Thirty Years’ War obliged Denmark to hand over several territories to Sweden. Not good, according to the Danish king, which is why Denmark decided to take advantage of the fact that Sweden was at war with Poland and Russia (the Second Northern War ) by declaring war on Sweden in 1657.

Sweden’s king at the time, Karl X Gustav, was the nephew of the great Gustav II Adolf, and as skilled as his uncle when it came to leading his troops. Having Denmark enter the war and so to say attack him from behind, did not please him. Which is why he decided to march on Denmark, transporting his 17 000 men army from the Baltic area to Denmark through a number of hurried marches.

This surprised the Danes, but they were relatively comfortable that their mighty fortress, Fredriksodde, would be able to hold the Swedes off, or at minimum keep them on Jutland. (Denmark is a country of various bodies of land, Jutland being connected to the Continent, while Fyn, Lolland, Mön and Sjaelland are islands)

In October of 1657, an attack by the Swedes overran Fredriksodde. Suddenly, things didn’t feel quite so safe for the Danish king. Even worse, one of the people captured at Fredriksodde was his Marshal, Anders Bille, who died some weeks later.

The one thing that could potentially work in favour of the Danes was that winter was coming. The Swedish navy had already retired north to its winter harbours, and without boats it would be very difficult for the Swedes to cross the water separating Jutland from Fyn.
“Phew!” King Fredrick might have said.

Ah-ah. Too soon to relax, dear Freddie. You see, Karl X Gustav was more than aware of how vulnerable his position was. He worried his presence in Jutland would open Swedish Pomerania to being ravaged (it was) and moving his cumbersome army (as well as feeding them!) was difficult with winter approaching. Besides, he wanted to make sure the Danes were well and truly defeated before turning his attention on Poland and Russia.

Karl X Gustav’s first idea was to use small ships he’d commandeered from Germany to carry his army across, bit by bit. It would involve establishing a bridgehead on Fyn, but it was doable. Except that soon enough the waters began to freeze, the ice making it impossible to travel by ship.

The ice was initially a blessing to the Danes. But with day after day of freezing cold, the ice began to thicken and Karl X Gustav decided the best thing to do would be to ride/march across the ice. Being a smart man, he spent weeks assessing just where to cross. At one point, the strait was only 4 kilometres, at an other 17, and obviously, he wanted to minimise the time his men had to spend on the ice.

By now, the defenders of Fyn had begun to realise something was afoot. Which was why when  the king, on January 30 of 1658 ordered his army to cross, there were Danish troops ready to meet them. Karl X Gustav was well aware of just how dangerous this endeavour was. Other than the approximately 7 000 foot soldiers, there were 4 000 cavalry, 700 or so cannon and an endless amount of baggage wagons. So to avoid putting too much pressure on the ice, he spread his men out thin, and then they set off.

At some point, Karl X Gustav became aware of the Danish defenders, who concentrated their efforts on the right wing of the Swedish cavalry (approximately 2 000 men or so) The king led the rest of the cavalry, and realised they’d need the total combined force to defeat the Danes. So of he went, and beneath him the ice cracked and swayed. The king, fortunately, did not drown. Two squadrons of the cavalry weren’t as fortunate, the ice breaking beneath them and dragging horses and riders into an icy grave. Still, at the end of the day, Karl X Gustav was on Fyn, the Danish defenders crushed.

On February 1st, news of the Swedish king’s advance reached Copenhagen. “Shit!” Fredrik III likely said, before frantically starting to work on some sort of peace treaty. And, he reminded himself, it wasn’t as if that dratted Karl Gustav was at his door: oh., no, to get to Copenhagen, he’d have to cross yet another expanse of ice.

I’m betting the Danish king prayed for milder weather. The Swedes, meanwhile, were as meticulous in assessing the way across the next strait, and only after several trial runs did Karl Gustav order his army out on the ice for a substantially longer treck. The cavalry went first, the men leading their horses. The king rode with the rear guard. In places, there were cracks in the ice. In others, water sloshed halfway up the men’s legs. The Swedish soldiers prayed. They avoided looking down, because they all knew that if the ice broke, they’d die. Most of them didn’t know how to swim, but even if they did, the water was much too cold to survive for any length of time.

Some men did die, slipping into widening cracks. But most actually made it across. Some days later, they reached Sjaelland and the king set off towards Copenhagen with 600 men.

By now, the Danes had lost their nerve. Their king was frantic, and sent off the English ambassador, Philip Meadows, to negotiate with Karl X Gustav.
“Negotiate what?” Meadows may have asked.
“Peace!”
“At what price?” Meadows asked.
“Any price!”

“Hmm,” said Karl X Gustav when he heard this, ordering his army to a halt. “Okay. Let’s talk.”

The talking was done in Roskilde, which is how, in February of 1658 Denmark was obliged to sign yet another humiliating treaty. This time, they lost all land they had left in present-day Sweden, equalling 30% of the total Danish kingdom. In early March, Karl Gustav departed (by ship). After all, he had other enemies to focus on.

Had the ice broken under Karl X Gustav’s army, he’d have been remembered as a fool, a general who took ridiculously high risks. It was a gamble, what he did. So many men, so many horses on the ice, and he could have lost them all. Fortunately for him, the ice held, and so what could have ended as a disaster became a daring exploit, showcasing a military leader who was willing to take the risk with his eye on the final rewards.

These days, the straits of Denmark rarely see any ice. These days, ice is becoming a rarity in countries that previously experienced long and cold winters. These days, here in Sweden we see warmer and warmer summers. We see heatwaves throughout Europe, extended periods of drought that end in downpours that cause massive damage. These days, I sit on my porch and pant in humid heat that I have only experienced in the tropics before. Which, dear peeps, is why I’ve spent so much time thinking about ice!

P.S. Things did not go well for Sweden in that Second Northern War. Well, not as well as they could have gone, so Karl X Gustav decided the best way to handle all his enemies was to wipe Denmark permanently of the map. Big mistake, that, as the Danes had no intention of being wiped out. When he died in 1660 (of pneumonia) Sweden was deffo on the backfoot and was obliged to make concessions in the treaties following their king’s death. I’m guessing Fredrick III danced a jig or two in sheer joy…