Today, I am honoured to be part of one of Mary Anne Yarde’s excellent blogtours, in this case featuring a book that sounds utterly fascinating. Take a professor of the history of the Greco-Roman world, mix in a desire to bring these ancient times to vivid life and you have Mr Stanley’s trilogy, A Slave’s Story, set in places that ring with history and exotism such as Pergamon and Antioch.

The first book in the series is A Rooster for Asklepios and for those who know their Greco-Roman mythology you’ll gather that somewhere along the line this will be a story about illness and healing, seeing as Asklepios is the god of medicine. 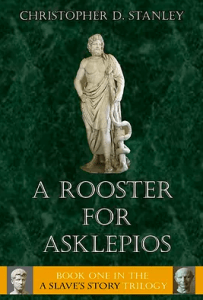 Marcus, a slave in the household of Lucius Coelius Felix, enjoys a better life than most slaves (and many free citizens) as the secretary and accountant of a wealthy aristocrat.  His master is rising in the civic life of the Roman colony of Antioch-near-Pisidia (central Turkey), and his responsibilities and income are growing as well. If this continues, he could soon earn enough to buy his freedom, set up a small business, and even marry.  ​

Then misfortune strikes, and his master falls into a deep depression that is exacerbated by a nagging illness that his physician is unable to cure.  The future looks bleak until the physician receives a dream from the healing god Asklepios calling Lucius to travel hundreds of miles across western Asia Minor to his sanctuary at Pergamon for treatment and, he hopes, a cure.

Accompanied by Marcus and his new wife Selena, Lucius embarks on a long and eventful journey in which both master and slave encounter people and ideas that challenge long-held beliefs about themselves, their society, and the world around them.  Values are questioned, loyalties tested, and identities transformed in a story that brings to life a corner of the Roman empire that has been neglected by previous storytellers. 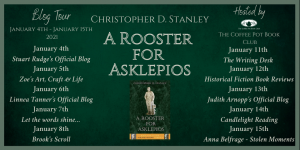 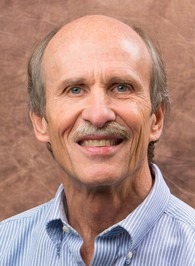 CHRISTOPHER D. STANLEY is a professor at St. Bonaventure University who studies the social and religious history of the Greco-Roman world, with special attention to early Christianity and Judaism.  He has written or edited six books and dozens of professional articles on the subject and presents papers regularly at conferences around the world.  The trilogy A Slave’s Story, which grew out of his historical research on first-century Asia Minor, is his first work of fiction.  He is currently working on an academic book that explores healing practices in the Greco-Roman world, a subject that plays a vital role in this series.

3 thoughts on “A Rooster for Asklepios – a spotlight”