The eldest, Owain Goch, was his father’s loyal shadow which effectively cost him any opportunity to become a political presence at home. Gruffyd ap Llywellyn may have been his father’s eldest son, but when Llywellyn the Great died, he named his younger son Dafydd ap Llywellyn as his heir. Obviously, Gruffyd was displeased, even more so when he was imprisoned by his younger brother. Owain chose to accompany his father in his captivity, first in Wales, than at the Tower.  Gruffyd died attempting to escape the Tower, Owain was released but chose to remain in exile while his uncle ruled.

The long and the short of all this is that when Dafydd ap Llywellyn died, Owain made a grab for Wales only to realise his younger brother Llywellyn was already very much in place with no intention of stepping down. A major power struggle ensued. For a while, Owain and Llywellyn even shared the principality—not a good solution in the long run. At one point, Owain joined forces with baby brother Dafydd, determined to oust Llewellyn, thereby handing Llywellyn the perfect excuse to do his brothers battle. Owain ended up imprisoned for the coming two decades and is thought to have died before 1282. Dafydd spent most of those decades at the English court, nurturing his resentment.

These days, we’d peg this family as seriously dysfunctional. Back then, not so much…

In 1277, Dafydd came into his own, Llywellyn obliged to settle land on his brother as part of the Treaty of Aberconwy. Soon enough, Dafydd was to discover that Llywellyn was right: the English were slowly but safely throttling the life out of independent Wales. In 1282, Dafydd rose in rebellion, obliged Llywellyn to ride to his aid and the whole thing ended with Wales crushed, Llewellyn’s head adorning a spike on London bridge and Dafydd hung, drawn and quartered in Shrewsbury. Fate can be a bitch, as they say… (and you can read more about all this here)

However, there was one more brother. Meet Rhodri ap Gruffydd, born in 1230s. We don’t know for sure if he was the third of fourth son, but Dafydd is often referred to as the youngest, so let us assume Rhodri was caught between the heroic, ambitious and determined Llywellyn and the flamboyant, ambitious and equally determined Dafydd. Compared to these two brothers, Rhodri comes across as…beige. This, of course, may be because we know so little about him. Rhodri, you see, seems to have been the type who preferred to steer clear of conflict. He’s a bit like Ferdinand the bull (and I LOVE Ferdinand the bull), happiest when he’s left alone to smell the flowers.

When Owain and Llywellyn clashed in the 1240s, Rhodri was still a very young man—but not so young that he didn’t have a vested interest in getting his share of his patrimony, i.e. Gwynedd. And yet, Rhodri does not seem to have taken part in any fighting. Instead, he retired to his manors and seems to have signed over his rights to inheritance to Llywellyn—at a price, of course. Just because you prefer smelling flowers to chopping at people with a sword doesn’t mean you’re stupid…

By 1282, Rhodri was married to an English lady called Beatrice de Malpas and, through her, had land in England. When all of Wales went up in flames in that disastrous rebellion that would cost two of the brothers their lives, Rhodri did his best to blend into the woodwork. Not for him a rebellion, not for him a hero’s death. Nope. Rhodri preferred to live.

One could argue Rhodri was a coward, that he let down his brothers, his countrymen. Alternatively, Rhodri was a realist. I suspect Llewellyn was just as realistic, knowing full well that when Dafydd dragged them all into rebellion against the English king, he was effectively signing their death sentence. Wales—more specifically Gwynedd—could not defeat England led by the very, very determined and ambitious Edward I. But Llywellyn had no choice—after all, he was the Prince of Wales. Besides, he was probably handling private anguish and grief as he’d recently lost his wife in childbed. (This is when my eyes tear up: poor, poor Llywellyn!)

Rhodri’s situation was different. He had a wife, he had lands, and he had little desire to die for a cause that was doomed. So instead of labelling Rhodri a coward, maybe we should instead call him pragmatic.  No matter what we choose, there’s no getting around the fact that Rhodri comes across as boring–very boring, at least in comparison with his brothers.

Whatever the case, after Dafydd’s execution in 1283, Rhodri was the only brother left alive. He lived out the rest of his life in England (Edward was not about to have a potential claimant to the principality of Wales in Wales), where he would re-marry after his first wife’s death and sire one son and a daughter in his old age. When he died in 1315 or so, his son, Thomas, was about fifteen.

We’re going to do some leap-frogging here: Thomas seems to have led a life as unremarkable as that of his father, but in 1330, he welcomed a son who was named Owain. Where both Rhodri and Thomas were somewhat lacking when it comes to flamboyance and ambition, Owain had more than his fair share of it. Owain was proud of his Welsh lineage and was to spend several years leading a Free Company in France during the Hundred years War—a company made up mostly of disgruntled Welshmen. 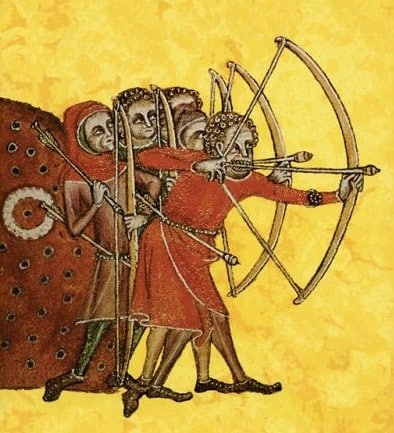 You see, just because Edward I had conquered Wales in 1283, crushed Madog ap LLywellyn’s rebellion in 1295, this did not mean all Welsh were willing to accept the English king as their overlord. Welsh archers marched under English banners in the wars in France—but some chose to fight for the French.

Owain’s father died in 1363. Owain was now a man of quite some wealth in England—assuming, of course, that he’d toe the line. Owain was not much for doing as was expected. Instead of settling down to live the life of the lord of the manor, Owain chose to go to France where under the name of Owain Lawgoch or, as the French preferred to all him, Yvain de Galles, he assembled that Free Company mentioned above.

Effectively, this was treason. In 1369, Owain was attainted, losing all his worldly goods in England. In 1372, Owain upped the stakes by proclaiming himself the rightful Prince of Wales. I imagine quite a few Welshmen silently cheered. Just as many ducked, thinking “bend over, here we go again”.

Owain was very, very good at what he did. He excelled at war, was respected and liked by men like Bertrand de Guesclin (not sure that’s entirely an accolade, but still) and Charles V, the beleaguered French king. Charles V promised to help Owain regain his patrimony but before Owain could set off to invade Wales, he had to help Charles find ships to defend La Rochelle. Then he was involved in defeating the English in Soubsie, and just as he was preparing yet again to set off to Wales, John of Gaunt launched an expedition, and Charles V ordered Owain to remain in France to help him defend his lands. No sooner had Owain done that, but he was hired to ride with Enguerrande de Coucy to help this wealthy nobleman claim his share of the Hapsburg lands. It is sort of interesting that Owain was in the service of Enguerrand, seeing as he was married to Isabella, daughter of Edward III. The English king can’t have been delighted by the fact that his son-in-law hired an English traitor…

For the English, Owain was becoming a real threat. A man of his renown and his skills could succeed in uniting the Welsh, and the English could not afford having to fight in two fronts. The war in France was a major drain on English resources, so should Owain land on Welsh soil…well, God help them all. 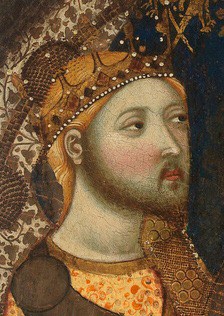 In 1377, Owain was yet again planning an expedition to Wales. This time, he’d roped in help from Castile. The Castilian King, Enrique of Trastamara, was more than happy to help anyone who threatened the English king. After all, the English had supported Enrique’s half-brother, Pedro the Cruel, in the recent civil war. What can I say? Medieval politics at the time were very, very complicated, a tangled web where one never knew just who was the spider and who was the fly, as demonstrated by the fact that some years down the line Enrique’s son would marry John of Gaunt’s daughter (who was also Pedro’s granddaughter).

Rumours of Owain’s planned invasion reached England.
“No, no, no!” someone exclaimed.
“We have to stop that upstart from ever setting foot in Wales!” someone else said.
Good idea. So good that the English decided the best way to do that would be to murder Owain in France. Said and done: a certain John Lamb was sent off to France, there to inveigle himself into Owain’s trust and kill him.

At the time, Owain had yet again been obliged to delay his invasion of Wales as he’d been sent off to besiege Mortagne-sur-Gironde in Poitou.
“Do this, and I promise I’ll help you get Wales back,” I imagine the French king said.
Not so sure Owain believed him, but Owain needed help and support, so what was he to do but gallop off and do what he did best?
Which is where John found him, likely somewhat disgruntled. So John made himself useful, and soon enough he was high in Owain’s confidence—so high, in fact, that by the summer of 1378 he’d become Owain’s chamberlain. As such, it was easy for John to gain access to Owain when he was unprotected. A sharp blade, an unsuspecting victim, and there was Owain, dying in his own blood while John fled for his life.

John made it back home and was rewarded with all of 20 pounds for his invaluable service to the English crown.

I hope someone mourned Owain. Maybe he had a woman or a best friend who wept at hearing he was dead. Where Rhodri was pragmatic rather than heroic, Owain had that spark, that hunger for more that so often lead men to glory—or gore. And where Rhodri left little mark in history or the chronicles of his time, Owain Lawgoch stamped a very clear OWAIN WAS HERE in the records of his time. Which, of course, is why the English king had to resort to assassination to rid the world of a man who had the potential makings of a real leader for the Welsh.