…which, one would think, is not the best of topics on Valentine’s Day, but hey, love is love even when it isn’t quite enough, isn’t it? Today’s post is rather personal. I think (hope) it speaks for itself.

She was fourteen the first time she saw him. He was a year older, a cocky boy with thick fair hair and blue eyes who swaggered into the classroom. The new boy in town, but he seemed unfazed, sitting down towards the back. She peeked at him, was caught and blushed when he winked at her.

He was so different from the other boys. He was brave and daring, making the girls gasp in admiration as he leapt from ice floe to ice floe when winter turned to spring and the heavy cap of ice on the lake began to break up. He was tough, he skated like a god, danced just as skilfully and for some odd reason the only girl he wanted to spend time with was her.

She stuck out, somehow—or so he felt. There were many pretty girls, but she was special, those honey-coloured curls framing a face with big eyes and a soft mouth. She was graceful—he’d seen her do cartwheels with her friends, had secretly admired how effortlessly she rose into a handstand, her skirts falling down to reveal her underwear. When she concentrated, a furrow appeared between her brows. When she laughed, she threw her head back. And for some strange reason, this pretty, pretty girl made cow’s eyes only at him. At him! 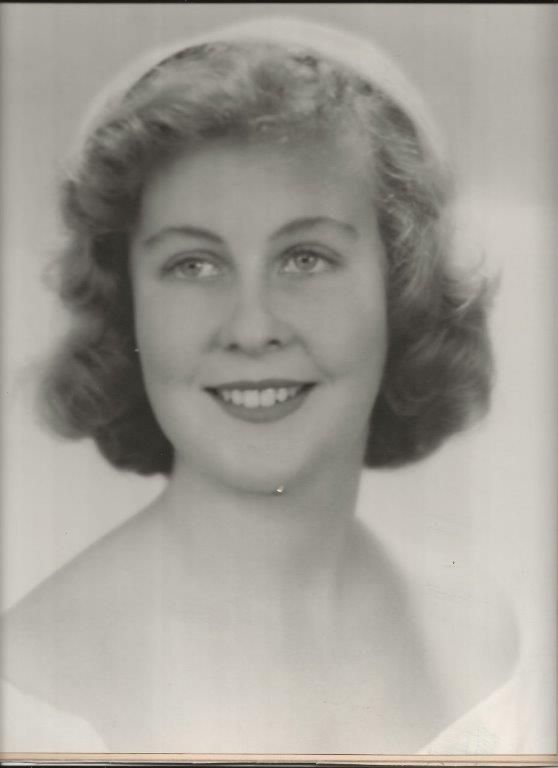 They were too young to know what love was—or maybe they weren’t, as ten years later they married. He was resplendent in his uniform. She looked like a princess in her wedding dress.

They went to Italy for their honeymoon and returned to start building their first common home. They were young, they were relatively poor and feasted on tinned lobster soup when they had something to celebrate. But they were bright and ambitious, and this was the late fifties, the time of class journeys, when those who put in the hours could aspire to a much better life than that of their parents. They both wanted that. He’d grown up in a small apartment with his parents and two sisters, his one private space the wooden kitchen bench that doubled as his bed at night. She was an only child—a desperately lonely child during those years when her mother was slowly dying in hospital and her father spent all his free time there with his beloved wife, leaving his young daughter to care for the small one-bedroom apartment on her own. 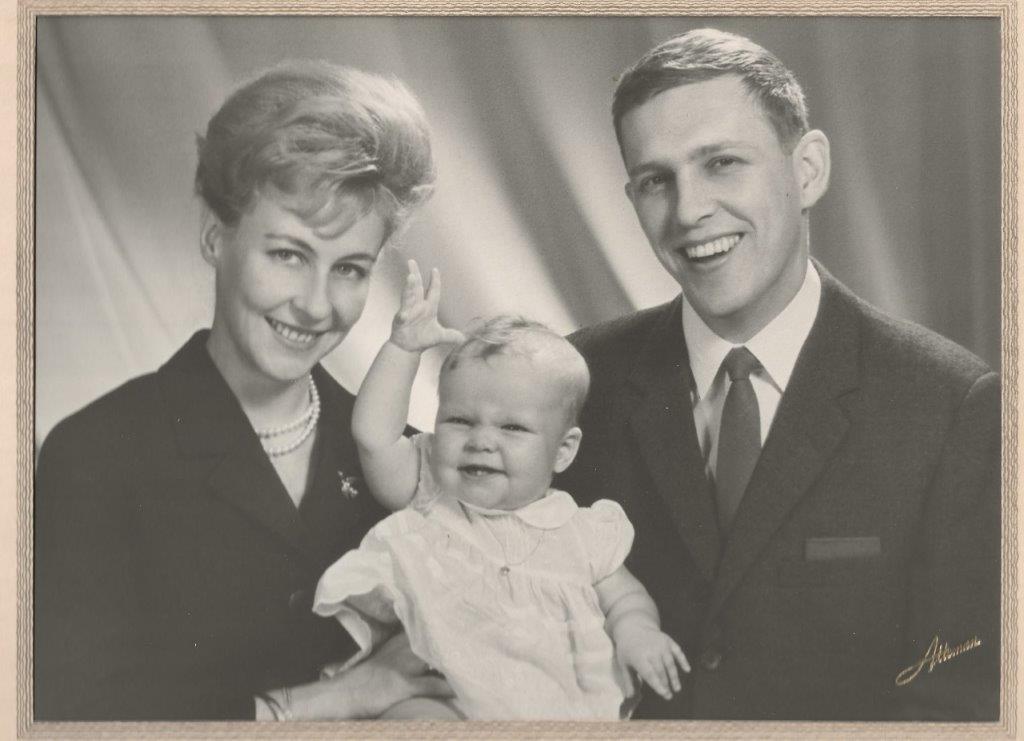 All that was in the past. They were two now—soon to be three—and the world whispered and beckoned, promising brand new horizons and new lands to discover. With their baby daughter they left Sweden behind and set out for Peru in South America, him to work as a commercial engineer, she to dedicate herself to the family.
“For some years”, she said. “Only for some years, because I really want to work as well, you know.”
“Of course,” he said. “For some years.”

The years passed. One more child—yet another girl—new homes to make in Colombia and Venezuela and still they stuck together. He still thought her the most beautiful woman around and would surprise her with gifts of dresses and jewellery. The dresses always fit. She loved him—of course she did—but as the years passed, her frustration increased. Here she was, in gorgeous dresses in a beautiful home and she fretted because she’d never aspired to a gilded cage, she wanted to work, earn her own money. Not the done thing as an expat wife—besides, the social calendar was demanding and she had her girls to care for, but still…

Sometimes, her eyes strayed. Sometimes, all that frustration led her to look for new ways to soothe her restlessness. And when he suggested she take a cruiser back to Sweden for the summer holidays she happily went. Three weeks at sea, surrounded by gallant Italian officers, men who really looked at her, who danced and laughed with her. This became a tradition—a yearly cruise over the Atlantic, weeks in which she was a courted butterfly, displaying all those beautiful dresses he bought her before other men. But she still loved him. He was, she would say, the love of her life. And then, as the years went on and her daughters grew older, she would sometimes add that just because one loved one man that did not mean one couldn’t love another man as well. The daughters were confused. Wasn’t love a one-on-one thing? Yes, she’d say. Mostly it is, but some of us are needier than others.

She was needy. He was hurt. But they still loved each other. They still put on Frank Sinatra late at night and danced while their daughters stood hidden in the shadows and watched them glide so effortlessly, two bodies made one as he guided her over the polished wooden floor.

Time passed. Fifteen years and she wanted to go home.
“Home? Isn’t home here, with me?” he asked.
“No. Home is over there, in Sweden. And you promised: some years. We’ve been here for fifteen, that’s much more than ‘some’!”
She told him she wanted a chance to make something of her education. She said it was important their daughters spend time in Sweden so that they wouldn’t forget their roots. The daughters silently disagreed: they had no roots in Sweden. Their roots were here, with them, their little family unit.
He sighed.
They talked.
They argued.
He sighed some more.
She gave him an ultimatum. “I will move back with the girls. I expect you to come after.” 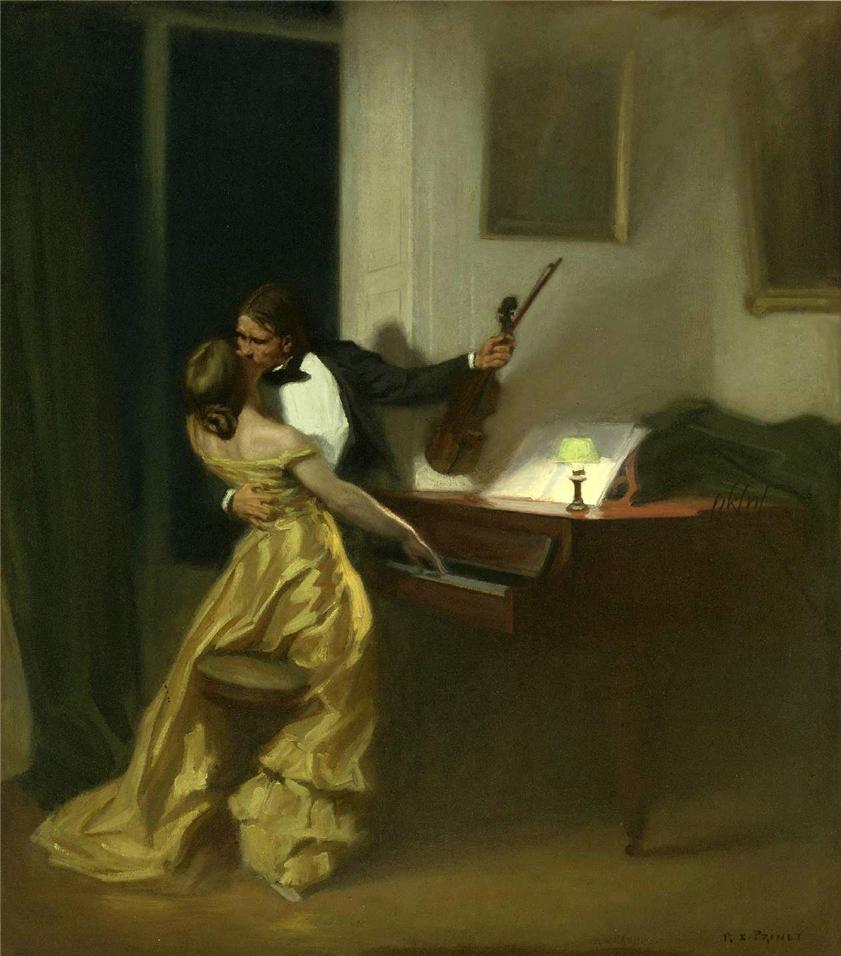 So she moved back home. And waited. And waited. And waited. Four times a year, he came home to visit. Time too precious to be spent on arguments, on trying to somehow get their lives together again. Instead, they played happy families for a couple of weeks, avoiding those burning topics that they should have discussed. Like how he was afraid of returning home—his career was there, abroad. Or that she was angry and disappointed in him for not putting her and her needs first. But they still loved each other, they still danced to Frankie boy in the late hours of the night. Except that when he wasn’t there, she danced with others, explaining to her girls that this was what happened when you abandoned your (relatively) young wife. The daughters did not know what to think: how could you love someone and betray them? How could you love someone and allow them to move half the world away from you? 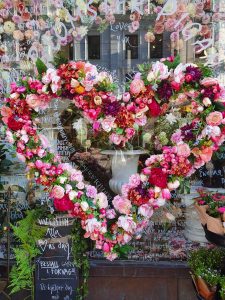 They couldn’t quite ask this aloud, but one day they worked up the courage to broach the subject—indirectly.
He sighed. “Sometimes, love is not enough, I guess,” he said, throwing his wife a look. To him, she was still so beautiful, so radiant, but he didn’t quite trust her as he used to.
She gave him a sad smile and came over to kiss him gently on the brow. “No,” she agreed, “but I still love you the best.”

Time passed. Their relationship had shrunk to those four times a year and a ceaseless stream of letters. Long letters that breathed loneliness and grief for what they’d lost along the way. How could it be, that they who’d shared everything from their teens had ended up on different continents? Distance makes the heart grow fonder, they say, and maybe it did, but distance also leads to a slow growing apart. He no longer had her to share his day with, she no longer new the details of his life. She didn’t lie beside him at night and whisper of her dreams and hopes. He didn’t know her as he used to, could no longer second-guess what she needed or wanted.

On the day their eldest daughter got married, he rose to his feet to hold his speech. He was a good speaker, eloquent and funny. Right at the end, he looked first at his wife, then at his daughter and his mouth curved into the saddest of smiles. “One word of advice,” he said, directing himself to bride and groom. “Whatever you do, never, ever put an ocean between you.”

Eighteen years after she moved home, he finally came after. What should have been a joyous occasion was a difficult and thorny thing. They were no longer the same. He drank too much. She smoked too much. There was bitterness and a chasm of unshared experiences between them. But they still loved each other. Of course they did.

Three years later he died. She was devastated. Her one true love was no longer here with her, and who knew if she’d ever see him again—was there a heaven, was there a God, and if yes, would they find each other among all the other souls on the other side?
“I loved him so much,” she wept. “So, so much did I love him!”
The daughters supported and comforted. They bit their tongues and did not remind her of the last few years, of endless quarrels and vicious truths. Besides, they knew she’d loved him—just as he had loved her. They just lost their way somehow, their love ending up bruised and battered. 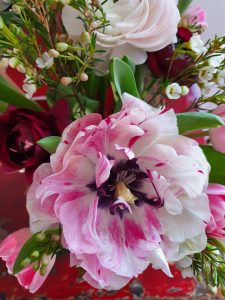 Since then, she has also passed. On occasion, the daughters look up at the skies and wonder if maybe they’re up there somewhere, he and her. They hope so. They hope there’s a band playing Strangers in the Night and there they are, gliding so elegantly to the music. She is still the most beautiful woman in the world to him and he is as cocky and daring as he was the first time they met, all those years ago when they both believed in love and would have laughed at whoever was foolish enough to say that sometimes love is not enough.

23 thoughts on “Sometimes love is not enough…”