If you enjoy well-researched historicals and haven’t discovered Tony Riches yet, you’re in for a treat. I have read his Tudor trilogy and, as a consequence, ended up reassessing Henry VII whom I had always considered a rascally usurper, no more, no less. Tony paints a far more complex character of the man who grasped the crown at Bosworth and then began the hard work of unifying a country torn apart by a century of civil war.

Tony recently moved down a generation, giving us an intriguing portrayal of Mary Tudor, Henry VIII’s younger sister. In that book, Charles Brandon played an important role – he is, after all, the love of Mary’s life. But who was he, this famous jouster, boon companion to the king, seducer of princesses? Tony has now turned his focus on Charles and just in time for Christmas, his latest book about life in Tudor England is now available.

Personally, I intend to enjoy it over the holidays. I hope the below will entice you to do the same! 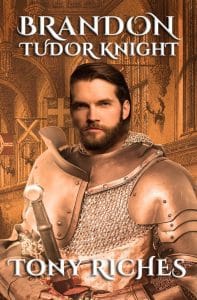 Handsome, charismatic and a champion jouster, Sir Charles Brandon is the epitome of a Tudor Knight. A favourite of King Henry VIII, Brandon has a secret. He has fallen in love with Henry’s sister, Mary Tudor, the beautiful widowed Queen of France, and risks everything to marry her without the King’s consent.

Torn between duty to his family and loyalty to the king, Brandon faces an impossible decision: can he accept Anne Boleyn as his new queen?

Buy it on Amazon UK and Amazon US 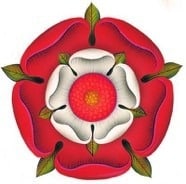 Excerpt from Chapter One, April 1505:

Cold rain dripped from the brim of Brandon’s hat as he waited in the shadows at Anne’s back door. He cursed and tried his secret knock again. Candlelight glimmered through the gap between the closed wooden shutters, so he knew she was at home. He was beginning to wonder if she would ever answer when the door opened.

Anne Browne leaned out and glanced down the narrow street, then ushered him inside before anyone could see. She looked beautiful, in a cornflower-blue silk gown, and wore a fine silver necklace with a pearl pendant, his present to her last New Year’s Day. Her dark hair, normally plaited under a fashionable French hood, hung loose and lustrous, reaching over her shoulders.

Anne’s father, Sir Anthony Browne, had been the king’s standard-bearer and an important man at court. He’d found her a position in the Palace of Westminster, which was how she shared her lodging with two ladies of the king’s household. As they were away at Richmond Palace, Anne had the lodging to herself – a rare chance to entertain in private.

Brandon, at over six feet tall, had to duck his head under the wooden roof beams in the low-ceilinged room. He glanced around out of habit to make sure they were alone. There was always the risk of being discovered, yet he felt more at home in Anne’s cramped lodgings than in his Uncle Thomas’s grand manor house in Southwark.

A welcoming log fire blazed in the stone hearth and beeswax candles lit the room with a soft yellow light. Brandon pulled off his damp coat and hat while Anne poured him a goblet of warmed mead. He sipped it gratefully and felt its sweet heat warm his throat.

She studied his face and frowned. ‘The bruising is worse.’ She reached out a hand as if to touch his swollen cheek but stopped herself and let it fall to her side. ‘My mother used to make a poultice from parsley – or perhaps it was daisies – for the bruising.’ She gave him a mischievous look. ‘I don’t think I’ll find either at this time of night though.’

He drained his goblet of mead. ‘I’ll live.’ Taking her in his arms, he gave her the long, slow kiss he’d been looking forward to all day. He liked the soft touch of her hands on his back, holding him close. The delicate scent of lavender aroused memories of their first time together. With reluctance he pulled himself away and gave her a wry grin. ‘It might have been worth it, after all. I have news. Good news.’

‘You’ve been spared a flogging?’ She raised an eyebrow.

He smiled. ‘It seems my luck is changing, for the better. Sir George Talbot has agreed to put my name forward for the King’s Spears.’

‘The king’s yeomen are his bodyguard.’ He had to think for a moment, and then decided to be honest with her. ‘In truth, the Spears are something of a club for gentlemen adventurers – I’ve yet to learn what they get up to all day. The important thing is I’ll be one of the king’s trusted men.’ He heard the pride in his voice.

‘You already are. You’ve been serving at his table for how many years?’

Brandon frowned as he tried to remember. ‘Three, maybe four – but this is different. The king takes little enough notice of his servants.’ He realised she was teasing him.

‘Of course.’ He grinned.

‘Enough to make an honest woman of me?’ There was an edge to her voice.

Brandon studied her face, unsure what to say. ‘I need the forty pounds’ worth of estates which would make me eligible for a knighthood. Then we shall talk of marriage.’

‘You talk of being a knight but do you think it will ever happen?’ She sounded doubtful.

‘I do. My father and my grandfather were both respected knights, and one day I will be too. This chance with the Spears is just the beginning. I’m going to make a name for myself, Anne. The King’s Spears are chosen men. If we go to war against the French we’ll be made captains and commanders – and I’ll be in all the jousts now, not just filling in when everyone else has fallen off.’

It was the most heartfelt speech he’d made in a long time and he believed the truth of his words. He’d somehow won over the Lord Steward and been offered the chance he’d been waiting for since becoming a servant of the king.

She pulled him closer with a look of concern. ‘You will take care? I’ve seen good men horribly wounded and even killed at the king’s jousts…’

Brandon kissed her again to silence her. ‘I promise to take care. That’s how I will become famous – by winning.’ 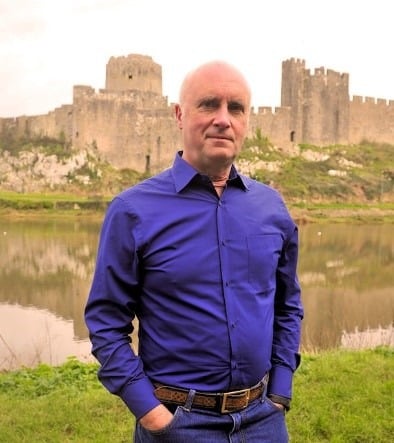 Tony Riches is a full-time UK author of best-selling historical fiction. He lives in Pembrokeshire, West Wales and is a specialist in the history of the Wars of the Roses and the lives of the early Tudors. Tony was a finalist in the 2017 Amazon Storyteller Awards and is listed 130th in the 2018 Top 200 list of the Most Influential Authors. For more information about Tony’s books please visit his website tonyriches.com and his popular blog, The Writing Desk and find him on  Facebook and Twitter @tonyriches