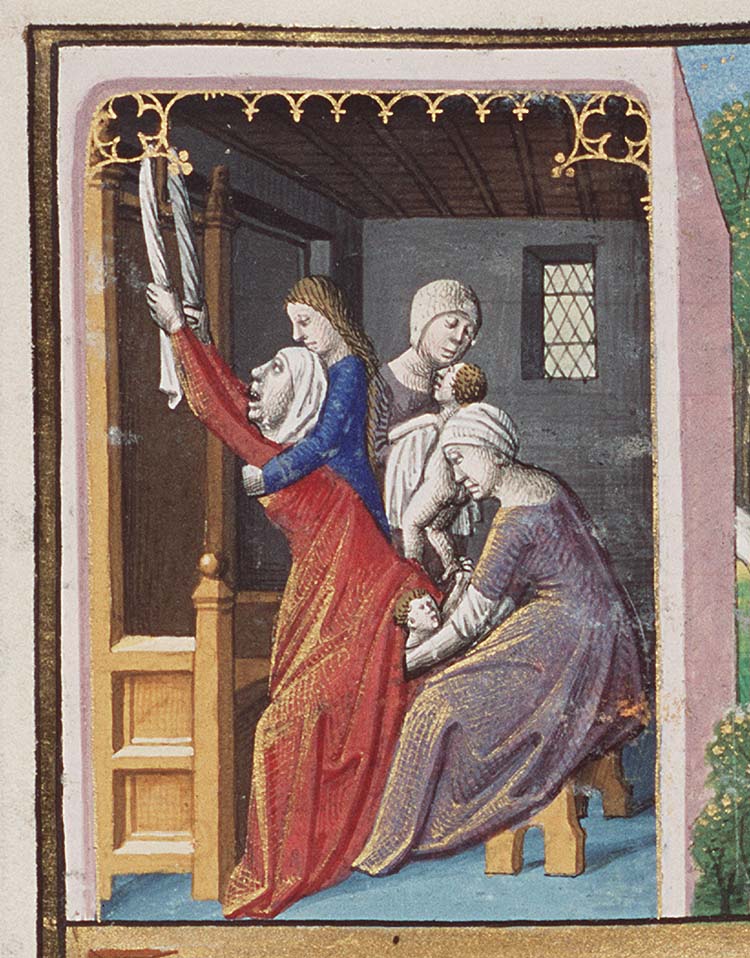 There is a moment during childbirth when most women become quite convinced they’ll emerge from the experience permanently ripped in two. The baby is simply too big in comparison to the channel it is navigating, and I bet I’m not the only one who has wondered if there is something seriously wrong with the design of our bodies. Not only human bodies, of course, as all female mammals seem to encounter the same challenge: the offspring is too big.
Having given birth four times, I am happy to report most of us recover. Most of us also forget that agonising moment—until we’re back in the delivery room with the next baby. This, of course, is because Mother Nature is pretty smart. The euphoria of holding your child wipes our memory clean of the discomfort that has preceded this precious moment.
As to the design flaw I mentioned earlier, well it is all because of Eve, isn’t it? The moment our Biblical ancestress sank her teeth into that juicy apple, she condemned all of us to give birth in agony and pain. Not exactly fair, IMO. Besides, Adam could have said no when she offered him the apple and then we might never have left the Garden of Eden.
Us modern women do not blame Eve. Nor do we have to go through one childbirth after the other unless we want to. Plus, these days there are ways to manage the pain. I’m telling you, ladies, we are very, very lucky!
Now, if you’d been alive in (let’s say) the 14th century, having babies was a risky business. It was also an unavoidable business unless you were barren or a nun. Women were expected to have babies and it was obviously their fault if the much-longed-for babe did not appear. Women had one child after the other, and one day their bodies just couldn’t cope anymore and next time round, they died. 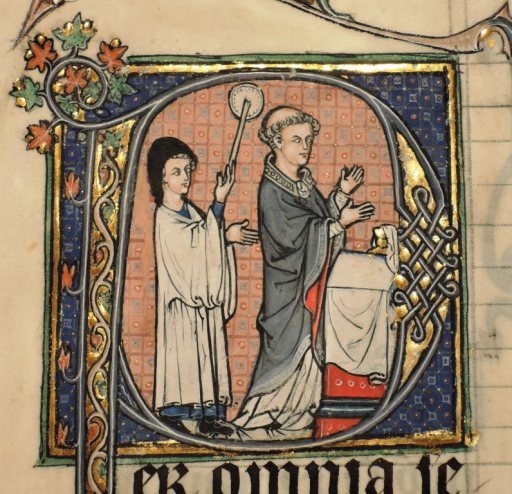 Our medieval ancestresses had been brought up in a religious society. Sex was sinful unless procreation was the objective. Loving cuddles in bed were a major no-no if there already was a child growing in your belly. It was also a major no-no during Lent and various other religious feast days. I, however, suspect our forebears enjoyed sex as much as we do—in fact, I sincerely hope so—and I therefore believe that quite a few had to confess to the sin of lust when they had a moment or two with their priest. 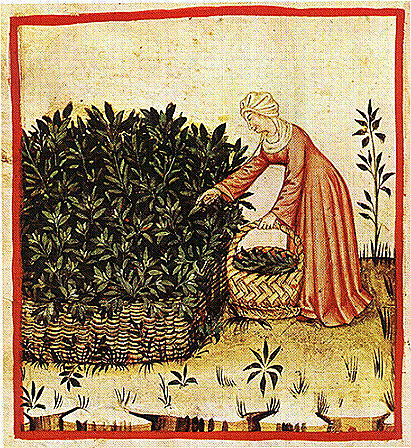 It was also a major sin to interfere with procreation. Medieval midwives knew a lot about herbal remedies, ancient knowledge passed down from one generation to the other. For those who did not want children but who still wanted to enjoy the company of their man in bed, there were various concoctions they could try. Wild carrot seeds, tansy, rue, pennyroyal, mugworth – they could all help, but had to be used with caution.
Herbs were also used to stimulate fertility. After all, a wife who did not conceive was a worthless wife, and especially so if said wife was married to a baron or a king, desperate for a male heir.
Take, for example, the case of Philippa of Hainaut (or Hainault). She was married to Edward III in January of 1328. He was fourteen, she was likely a year or so younger. No one expected them to get going with the baby business immediately, in fact it is likely they did not consummate their marriage as such a young bride would find it hard to survive childbirth. Philippa came from a fertile family: her mother had given birth to at least eight children, her maternal grandmother to five children that we know of. Even better, Philippa’s older sister had already presented her husband Louis, Holy Roman Emperor to-be with two children and she was around fifteen or so. In brief, little Philippa was expected to start filling up the royal nurseries in a year or so.
But she didn’t. While her older sister presented her husband with two more babies in 1328 and 1329—one of which was a precious son—Philippa had as yet not rounded with child.
Edward is one of those kings who seems to have been very fond of his wife—and she of him. But like all kings it was important for Edward to have an heir, maybe especially important to him as he grew a bit older and started to resent the hold his two regents had over him. Queen Isabella and Roger Mortimer had deposed Edward’s father in 1326 and had the boy-king crowned in early 1327. Yes, they must have realised that some day Edward would want to rule on his own, but they were in no hurry to relinquish their hold on the young king. As Edward began to test his powers he must have been very aware of the fact that should anything happen to him, dear Mama had a spare to replace him with, namely Edward’s younger brother John of Eltham. It was therefore very important to Edward—or so I imagine—to present his barons with an heir of his body, thereby dealing his overbearing regents something of a sucker punch. After all, a man capable of siring a son was also capable of ruling on his own. (Hmm. But I happen to believe Edward III was a surprisingly mature young man, having had to grow up very fast during the years in which his parents were at odds with each other.) 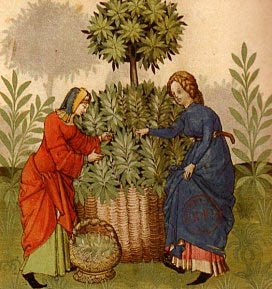 So when the months passed and Philippa did not quicken with child, this must have worried Edward. And Philippa. A wife who did not deliver the goods could be put aside, branded a failure.
“What are you whispering about?” Queen Isabella had entered on soundless feet, causing both Kit and Philippa to start.
“My lady.” Kit rose automatically and made a reverence. Isabella slipped into her vacated seat and bent over to peer at their handiwork.
“Very nice.” She smiled at her daughter-in-law. “Edward will be very pleased.”
“Edward will not notice,” Philippa replied. “When do men ever notice anything but their hounds and horses, their new tunics and weapons?” She stroked the plush, dark red velvet. “This is for me, more than for him.”
Isabella laughed, a light tinkling sound. “Wise beyond your years, my dear.” Long, elegant fingers brushed ever so lightly over Philippa’s sleeve. “But surely by now you know what to do to catch his attention, don’t you?”
“My lady?” Philippa sat erect.
“Seeing as there’s no heir…” Isabella left the rest hanging. She patted Philippa on the cheek. “Ah well, still plenty of time for that. Not an infinite amount of time, mind you.” She reclined against the stone wall and gave Philippa a little smile. “Fortunately, I have a younger son as well. Just in case.”
Philippa raised her chin. “There will be a son, my lady.”
“Good.” Isabella stood, a collection of silks in various shades of blue. “It would be such a pity to have to send you back to your mother branded a barren wife.”
Kit was tempted to sink her embroidery needle into Queen Isabella’s arm. Instead, she made yet another reverence, her eyes on the floor as the queen mother departed in a swirl of skirts.
Philippa was sitting as still as a statue. A single tear slid down her cheek.
“Do you think we should have tassels?” she finally asked, her voice thick with tears.
“My lady, you shouldn’t take what she says to heart. She’s—”
“A queen. Mother four times over.” Philippa cleared her throat. “So, tassels?”
As we all know, Philippa would go on to give her husband many, many children—thirteen in total. But I bet there were several months when she hoped and despaired, hoped and despaired.

And if you want to read more about Philippa, Edward and the somewhat infected relationships between them and Queen Isabella and Roger Mortimer, I suggest you pick up my latest book, The Cold Light of Dawn

2 thoughts on “No pressure – of queens and babies”