In 1230, Ralph Mortimer of Wigmore took a certain Gwladus Ddu as his wife. Ralph was a Marcher Lord, always intent on expanding his domains into Wales. His new wife was as Welsh as they came, daughter of Prince Llewellyn the Great.

While Gwladus’ paternity has never been up for discussion – she is Gwladus ferch Llewellyn when mentioned in records of the time – who her mother was is a substantially thornier issue. Was Gwladus the product of Llewellyn’s long-standing affair with a certain Tangwystl, mother of his eldest son Gruffydd, or was she a legitimate daughter, born to Llewellyn and his Angevin wife Joanna? Somewhat ironically given the discussions as to whether Gwladus was illegitimate or not, Joanna was most definitely illegitimate, the daughter of King John of England.
To sort out who was Gwladus’ mother, one could start by trying to pin down when Gwladus was born. Well, unsurprisingly, it’s not as if there’s a neat entry stating her date of birth. Instead, genealogists usually work backwards from what known facts there are, and one of those facts is that Gwladus’ marriage to Ralph was not her first: she’d been wed to Reginald de Braose already back in 1215.
This, according to some, means she must have been born at the latest around 1202, so as to be of marriageable age in 1215. And if Gwladus was born in 1202, she could not be Joanna’s daughter seeing as Joanna and Llewellyn were wed in 1205, ergo Ralph Mortimer married an illegitimate Welsh princess. 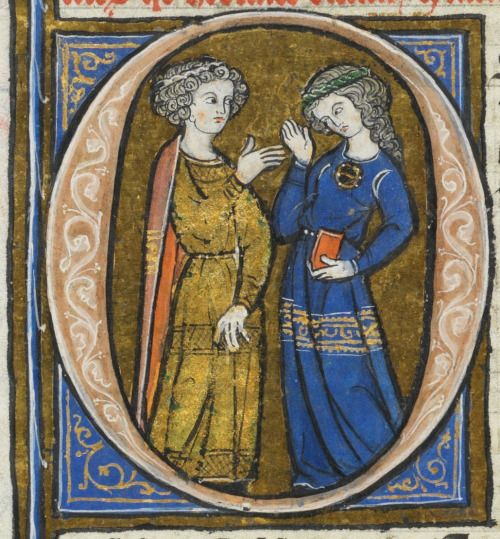 However, there are some doubts as to whether there was a real marriage in 1215. Maybe it was more of a betrothal. Besides, why would Reginald de Braose, a man pushing forty and with heirs to his body (among which a certain William de Braose whom Llewellyn would hang in 1230 for having engaged in adulterous relations with Llewellyn’s wife, Joanna. All very complicated, isn’t it?) want to marry the illegitimate daughter of Llewellyn? A second marriage in this case would have been entered out of political interests, and Gwladus was worth much, much more as a political pawn if she was the legitimate daughter of a Welsh prince and the granddaughter of an English king than if she were the daughter of Llewellyn and the irresistibly named Tangwystl.
It is also interesting to note that while Gwladus and Reginald were married for thirteen years there are no recorded children. Reginald was definitely fertile and with her second husband Gwladus would go on to prove that she was too which begs the question if this first marriage was ever consummated, thereby indicating (perhaps) that maybe the bride was very young in 1215, corresponding with a birthdate after 1205. 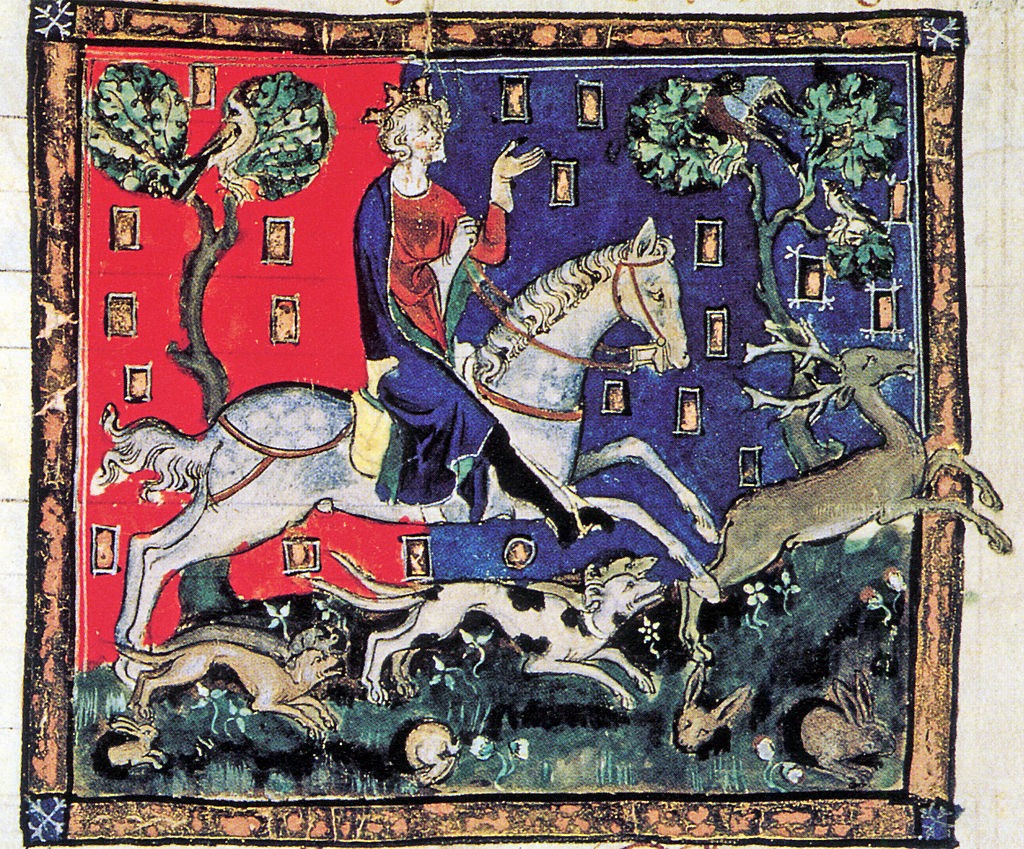 When King John gave his daughter in marriage to Llewellyn, he also had Llewellyn promise that it would be the children he had with Joanna who would be his heirs. This was not in accordance with Welsh custom which in general supported every child’s right to inherit its father, no matter if the child was conceived within or without the marital bed.
At the time of Llewellyn’s wedding to Joanna, he already had a son named Gruffydd, so by agreeing to John’s demands he was effectively disinheriting his boy. Did not go down well with Gruffydd. In fact, this permanently soured the relationship between father and son and would spill over into the future bitter enmity between Gruffydd and his half-brother Dafydd. However, at the time of Llewellyn agreeing to John’s demands there was no Dafydd ap Llewellyn (except as a twinkle in his father’s eye) so we can leave that sad story of brotherly strife for some other day.
Anyway: back to Gwladus, who seems to have enjoyed a better relationship with her baby brother Dafydd. Is this indicative of a closer relationship than that of being his half-sister? No idea. But when a very young Dafydd rode to London in 1229 to visit with his young uncle, Henry III, Gwladus rode with him. Dafydd undertook this little trip to present himself before the entire English court as Llewelyn’s recognised heir, thereby formally acquiring his uncle’s support against his half-brother’s claim.
At the time, Gwladus was recently widowed, Reginald having passed away in 1228. Now, the fact that Gwladus chose to accompany her younger sibling may indicate nothing more than a case of wanderlust. But if Gwladus was Gruffydd’s full sister, wouldn’t she have hesitated in accompanying her half-brother on a trip that had as its purpose to permanently scotch Gruffydd’s hopes of inheriting Llewellyn’s lands?
It did not take long for Llewellyn to find a new husband for his widowed daughter. This time, Gwladus was dispatched to wed Ralph Mortimer of Wigmore, a man some years her senior who’d become heir to the Mortimer lands upon the death of his older brother. The Mortimers were as covetous and power-hungry as all the Marcher Lords and while Ralph definitely wanted heirs, he also wanted valuable alliances. I seriously doubt he’d have wanted Gwladus—no matter how beautiful she might have been—unless she was not only the daughter of Llewellyn but also the niece of Henry III. Or maybe Ralph had already got the measure of the young English king and decided it was more important to keep the Welsh wolf at bay than pacify the English lion cub.

Whatever the case, Ralph and Gwladus seem to have hit it off. Over the first nine years of married life, she gave birth to six known children, among them the very competent Roger Mortimer who would go on to become a loyal servant of the king, behead Simon de Montfort at Evesham and marry Maud de Braose, daughter of the man his Welsh grandfather once hanged for adultery. And their sons would – no, not today. The story of Edmund and Roger Mortimer Jr (a.k.a. Lord Chirk) and the sad end of Llewellyn ap Gruffyd, grandson to Llewellyn the Great deserves a post of its own (and boxes and boxes of tissues).
In 1246, Ralph died, leaving Gwladus a widow. She never remarried, dying five years later while visiting with her maybe-uncle, Henry III, in Winchester.
Not only don’t we know for sure who Gwladus’ mother was. We know nothing about Gwladus herself, beyond who her father was, who her husbands were, who her children were. She is defined not by who she was but by what she was, daughter, wife, mother. We have no depiction of her, all we have is her epithet, Ddu, which is Welsh for black. I guess this probably means that Gwladus was dark rather than fair, and I picture her with long dark braids and eyes the colour of a deep forest tarn. For some reason, I imagine she was of a serious disposition – but that is entirely fanciful, and for all I know, Gwladus may have been the life and soul of any medieval party she might have been invited to.

Gwladus Ddu remains an enigmatic and anonymous lady who attracts more interest due to the uncertainties surrounding her mother than due to herself. That’s a bit sad. However, no matter who her mother was, through Gwladus the blood of the Royal House of Gwynedd would pass down the Mortimer line, the Welsh Dragon lying dormant until that very distant descendant of hers, Edward IV, claimed the throne. Through Edward’s daughter, Elizabeth of York, that rather diluted drop of Welsh blood has made it all the way down the line to the present Queen. I rather like that, and I think it makes Gwladus’ father smile in his heaven. Not so sure what her mother might think about it—oh, that’s right: we’re not even sure of who was Gwladus’ mother!

ADDENDUM: The very generous Ken John has shared his own extensive research on Gwladus’ maternity with me. It is Ken’s opinion that Gwladus was Joanna’s daughter and he presents as evidence the following:
That first marriage to Reginald Braose was all about alliances, the very young bride turned over to her husband as a pledge of Llewellyn’s good intentions against de Braose family. Gwladus never had any children by Reginald, and this indicates non-consummation which, according to Ken, probably is an indication of how young she was when she was wed (8 or 9 at most).
Just as I argue above, Ken also points out that Gwladus’ value to the Mortimers was much, much higher if she was also the granddaughter of King John. Furthermore, upon Gwladus’ marriage to Ralph Mortimer, she brought to her husband the manors of Knighton and Norton, which King John had settled on llewellyn when Joanna was married to the Welsh prince. It seems highly unlikely that manors that came with Joanna’s dower were used to dower other daughters than her own.
Finally, Ken points out that Henry III apparently had a lot of time for Gwladus which he feels indicates a blood relationship.
Thank you so much, Ken, for sharing this with me!

23 thoughts on “The Welsh Princess and her elusive mother”