In celebration of the International Women’s Day, I’ve decided to throw the doors of my blog—for the day known as my salon—wide open to some of my favourite historical ladies: 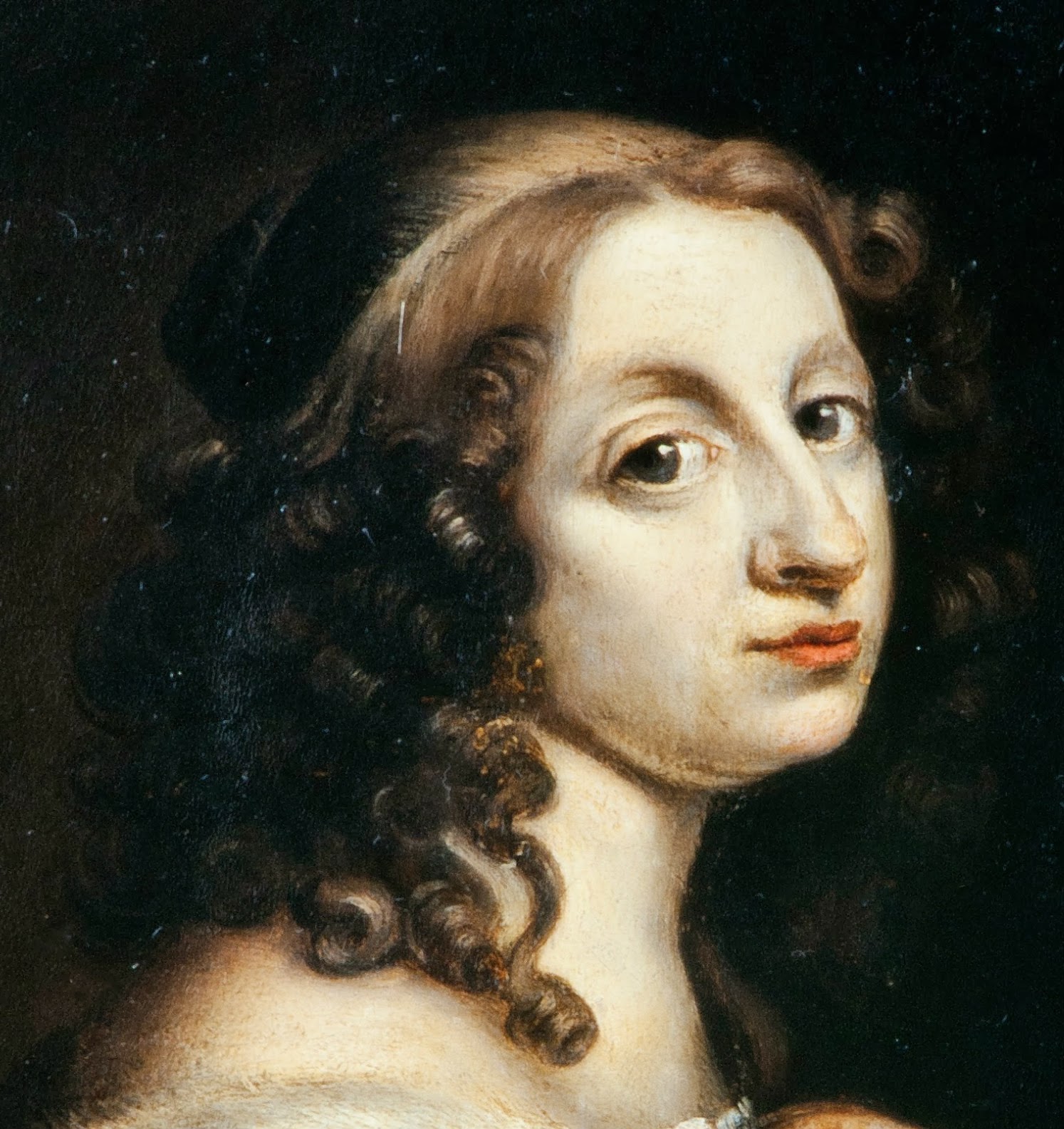 Queen Kristina of Sweden is a 17th century lady who was born so hirsute the midwives first declared her a boy only to then discover the babe was a girl. It is said they quaked at the thought of telling Kristina’s father the truth, but I am glad to report Gustav II Adolf was a progressive man in many respects, including being delighted at having a healthy daughter. Kristina’s mother was far from delighted: a daughter was a major, major disappointment in her book. Kristina became queen at the tender age of six, ruled in her own right from her 21st birthday or so, and abdicated at 28, sick and tired of all this queen stuff (Well, the fact that she was considering converting to Catholicism probably affected her decision. Being a Catholic in fiercely Protestant Sweden came with its own risks). 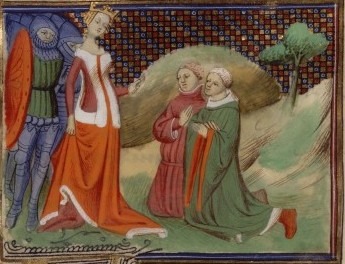 My second visitor is Queen Isabella, born some 330 years before Kristina. The only daughter of Philippe IV of France (a.k.a. le Bel), Isabella is reputed to have been incredibly beautiful – and very well-educated. A smart mover and shaker, this is the lady who colluded with Roger Mortimer and deposed Edward II, Isabella’s not-so-loved husband. (At the time: prior to her falling out with hubby, she’d been more or less happily married to him for 16 years or so)

Our third visitor is Berenguela of Castile, daughter of Alfonso VIII and Eleanor of England, granddaughter of Henry II and Eleanor of Aquitaine. Seeing as all her brothers died young, Berenguela ended up inheriting her father’s kingdom, abdicated in favour of her young son so as to appease the machismo of her Castilian nobles and proceeded to call the shots for the rest of her life—albeit working with her son rather than against him. It is to Fernando’s great credit that he always respected and valued his mother’s input.
Now that the introductions are over, let’s all settle in and get cosy. And no, you need not worry: I have not dug them up and dragged them here in all their decomposed glory, instead I am inviting them as they appear in my head, very much alive and kicking. That is one of the drawbacks of spending too much time with my nose stuck in history: these long-gone women are in many ways as real to me as some of the people I meet on a daily basis. Not so that I hold long conversations with them while waiting for my print-outs (actually, yes I do—but only in my head), but I invest a lot of time and effort in trying to recreate these ladies based on what historical records we may have.
“God, how you go on!” Queen Kristina of Sweden looks me up and down before throwing herself backwards into an armchair.
“Amen to that.” Isabella of France glides over the floor. “And really, Kristina, must you sit like that? So unladylike!”
“You’re not my mother,” Queen Kristina retorts, but straightens up all the same, hands patting at her curly hair before adjusting her lace collar. Isabella is an intimidating lady—even to a fellow queen—and she is also, as always, perfectly attired, a combination of kirtle and robes in various shades of pink complemented by a sheer veil and a mantel in embroidered purple.
“Byzantine,” Isabella informs me, smoothing at the rich cloth. 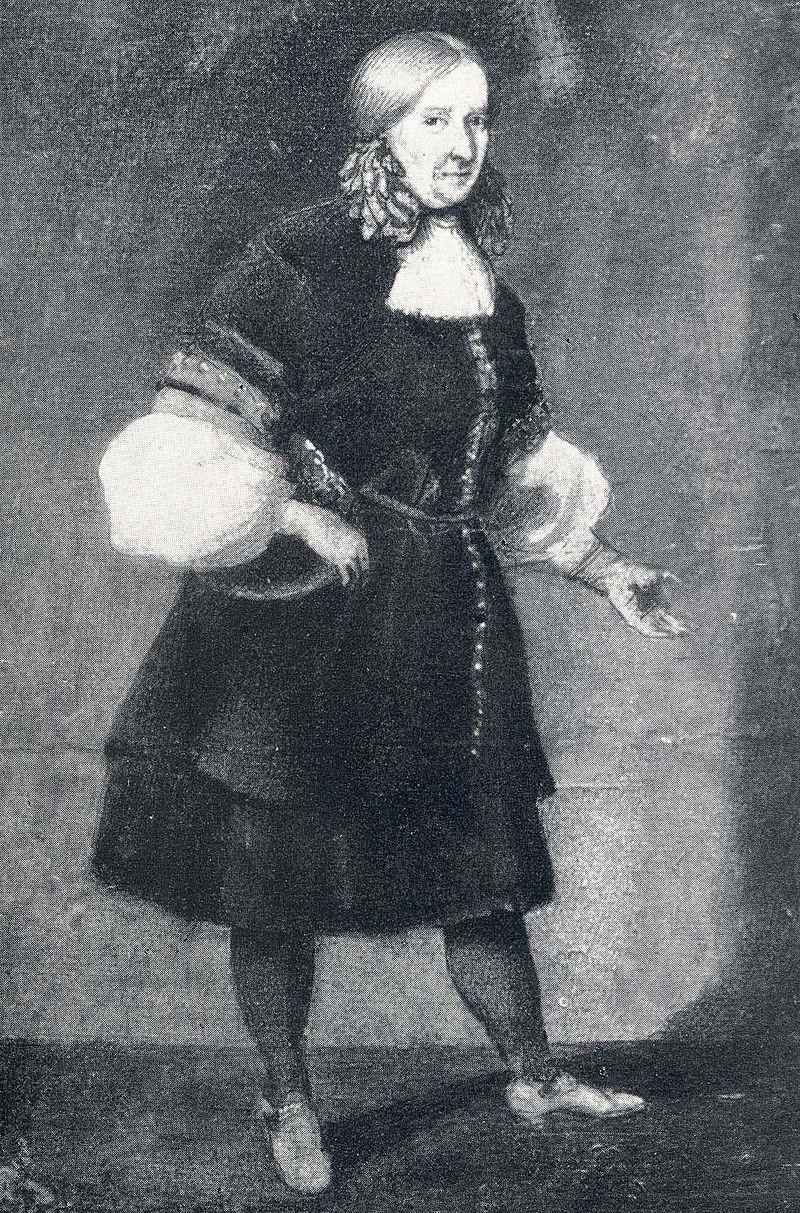 “Expensive,” Kristina remarks drily, shaking out her dark skirts.
“What can I say? I’m French, non?” (Mais oui. Isabella is as French as they come)
“You’re vain, child,” Berenguela of Castile cuts in. No pinks and purples for this rather daunting matriarch. Berenguela’s face is framed by veil and wimple, her clothes dark and unadorned.
“I’m not a child,” Isabella sniffs.
“You are to me. You’re married to my great-grandson.” Berenguela frowns. “You don’t treat him as respectfully as you should.”
“Edward?” Isabella snorts. “You expect me to respect a man who stole my dower lands? Who evicted most of my household? Who prefers the company of Hugh Despenser to mine?”
“He’s your husband. Where he leads, you should follow.” Berenguela looks down her nose at Isabella.
“Oh, as you did, you mean?”
“An entirely different matter! The pope annulled our marriage, and…”
“Right, stop it,” I interrupt. I gesture towards the table. “I was thinking we would have tea and cake while discussing the situation of women in your times and mine.”
“Tea?” Isabella asks, sniffing suspiciously at her cup.
“Cake?” Kristina sounds hopeful.
“The situation of women?” Berenguela sits down and shakes her head at the offered cake. “Has it changed, do you think?”
I almost choke on my tea. “I sure hope so. Woman is no longer subservient to man.”
“Hmm.” Berenguela shares a look with the other two. “I was never subservient to a man. I was a ruler in my own right.”
“As was I.” Kristina reaches for some more cake. “Raised to be a king, not some insipid female.”
“Who says females are insipid?” Isabella says. “Just because I was queen consort, doesn’t mean I didn’t wield power.”
“Oh, you did?” Berenguela murmurs, eyes on her cup. “I thought it was Edward and Hugh who did the wielding. In difference to me and Kristina here.”
“Well, at least my children aren’t illegitimate,” Isabella snaps.
Berenguela bristles. “They’ve been legitimized! Besides, who cares? My son is a saint!”
“So say all mothers,” Isabella snorted.
“Umm, in this case she’s telling the truth,” Kristina breaks in. “San Fernando is quite the impressive man.” She pats Isabella’s arm. “As is your son—well, he will be, once he’s grown up.” She shudders. “Though how on earth either of you could go through with all that giving birth stuff is beyond me.”
“No choice,” Berenguela says. “As you make your bed, you must lie in it.”
“Not anymore,” Kristina says. “In the here and now, women have the means to make the bed without the lie-in. I’m right, aren’t I?” she demands, turning my way.
“Yup.”
“And women can even have children without ever having had a man in their bed,” Kristina continues. “Sounds perfect to me – makes man redundant.”

“What, all work no play?” Isabella grimaces. “I like bedding with my husband. Well, I did until he stopped bedding with me. If only that dratted Hugh…”
“Maybe Eduardo thinks you’ve lost your looks,” Berenguela says, and Isabella grips her teaspoon as if considering just how to murder this Spanish Doña with it.
“If she’s lost her looks, I’ve never had any,” Kristina puts in. She shrugs. “Not that I care. I’ve never wanted to marry anyway.”
“Wanted?” Berenguela says. “I was never given a choice in the matter.”
“Neither was I, “Isabella puts in, and they share a look over the table. “That’s the lot of a princess, to marry as it suits her father and her country.”
“Amen to that,” Berenguela puts in, crossing herself hastily.
“Fortunately, by the time I was of marriageable age, my father was long dead, so I was spared the experience,” Kristina says, but she looks a bit sad, and I wonder if maybe she’s thinking of the love of her life, Cardinal Azzolini. (And yes, that was complicated)
“These days, no one forces a woman to marry,” I put in.
Berenguela raises her brows. “What about doing her duty to her family?”
“We don’t believe in stuff like that,” I reply. “Individuals first, you know.”
“How terrible,” Berenguela says. “Family is everything! Everything!”
“Oui!” Isabella chimes in. “And the best family is the Capet family.”
“Silly goose,” Berenguela says. “You have my blood in your veins, much better than that diluted Capet stuff. We are family…”
“…I have all my sisters with me,” Kristina sings, and the three of them are out of their seats and dancing like crazy.
“I must hand it to these modern people, they do know how to write some good tunes,” Kristina gasps some minutes later, fanning herself with a book.
“And bake cake,” Isabella adds, nabbing the last piece on the plate.
“Would you prefer this time to your time?” I ask. “You know, a world of comfort, of hot baths and washing machines.” 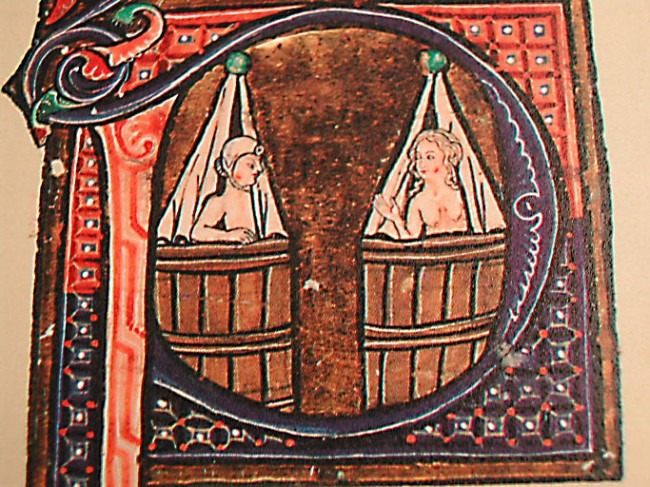 “We have hot baths,” Berenguela points out.
“And who needs washing machines when there are laundry maids?” Isabella asks. Kristina and Berenguela nod in agreement. These overprivileged women have never as much as washed a sock – or darned a hole. They’ve embroidered for fun—well, not Kristina. Not her thing.
“But what about books? Education?”
“I am extremely well-educated, thank you very much,” Kristina sniffs. (She is. Horribly so)
“As am I. Private tutors, endless amounts of Latin texts…” Isabella yawns.
“Scripture. I know it in and out,” Berenguela says.
“Ah.” I nod. “So nothing tempts you in the here and now?”
“Of course, it does,” Berenguela says, “but we belong where we belong, with our families, our kin…”
“…our lovers, our ambitions,” Isabella fills in.
“…our misguided decisions and our regrets,” Kristina finishes.
“Regrets?” Berenguela asks.
“Oh yes. Being an ex-queen is substantially less fun than being the real thing.” Kristina gives a crooked smile. “But I guess we all have to live with the decisions we make—no matter in what time.”
Very true. And in my time, someone is banging at the door and asking where I have the latest ppt presentation. Time to leave this time transcending tea party and return to real life, a life sadly devoid of strong historical women.
“No seas tonta,” Berenguela says. “We’re right here, with you. Now, if you explain what a ppt is, then maybe we can help.”
Er… Mind you, with these savvy ladies one never knows!

4 thoughts on “A bouquet of ladies”