I live in a country of coffee drinkers. No sooner did this bean land on Swedish soil, but the Swedes fell in love with it. Okay, so originally coffee was far too expensive to be enjoyed by the lower classes, but soon enough it became an affordable luxury, to be sipped out of saucers with a lump of sugar (yet another luxury) under your upper lip.
When I was a child, the older generation still preferred to drink “koke-kaffe”, which essentially meant the ground coffee was dumped into the kettle, water was added, and the whole thing was boiled. The resulting coffee was strong – and full of gourds, which was why pouring it in saucers to let the gourds settle made sense.
My parents’ generation snickered at the “old folk” and preferred Nescafé, or the more modern approach to brewing coffee that involved filters.
However it was made, Swedes wanted their coffee strong – especially after World War II, when they’d been forced to use chicory as a coffee substitute. Swedes still want their coffee strong – and mostly black, milk being added mostly to preserve the stomach lining.
I don’t drink coffee – well, except for when I’m pregnant, which isn’t about to happen ever again. I drink tea.

“Tea?” The coffee pot hovers uncertainly over my mug.
“Yes.” I smile. “But I’m okay with tea bags if you don’t have loose leaf tea.”
“Loose leaf tea,” my host echoes, carefully setting down the coffee pot. “Err, no. I don’t think we have stuff like that.”
He hurries off. Moments later, he returns with half a mug of tepid water and an Earl Grey tea bag. Seeing as I was brought up to be polite, I thank him, dip the bag into the water and watched it turn a mild yellowish hue. Tea needs hot water – even more so when it’s in tea bags – to develop its aroma. But hey; this is a lucky day. He could have returned offering me a selection of “fruit teas” – artificially flavoured stuff with names like “Blue Fruit”. Ugh.
Only once during all my professional years have I been pleasantly surprised when asking for tea. I was in a meeting with a Private Equity firm in Stockholm, and when asked, I hesitantly put forward that I would love a cuppa. It was cold and windy outside, and I’d been up at the crack of dawn to make it to the meeting, so I was in serious need of something hot – but feared it would be as lukewarm and uninspiring as always. I was wrong. Some minutes later, I was presented with a small teapot, loose leaf tea of the highest quality, and a thin porcelain mug in which to drink my tea. Heaven. Even more so when two biscuits accompanied the beverage. That particular tea mix is now a staple in my household. That particular PE firm has its name engraved on my tea-loving heart… 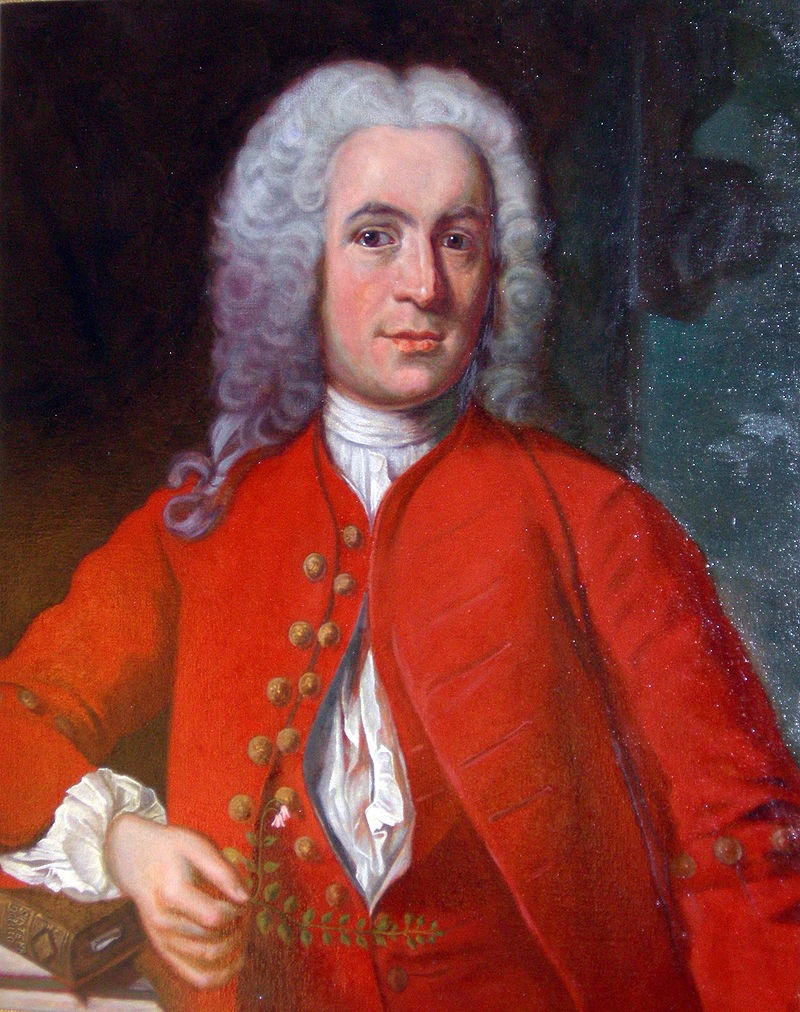 Carl Linnaeus, the famous Swedish botanist, was no big fan of tea. By the early 18th century, he was complaining about just how expensive tea was and therefore recommended growing it in Sweden so as to avoid “exporting money” for something as useless as this beverage. As per Linnaeus, it was a well-known fact that excessive tea-drinking led to a weakening mind and heart, which was why regular tea drinkers suffered from shaking hands. Hasn’t happened to me yet…He did, however, admit that tea had its uses – like after some serious drinking, when tea could help the body get rid of the noxious substances polluting the blood and organs.
By the time Linnaeus was writing, tea was an established product in Europe. Marco Polo encountered it in China – well, he would, wouldn’t he? – and the odd sample made its way back to Europe during the following centuries. But the honour of bringing tea to Europe on a larger scale belongs to the 17th century Dutch and for this major contribution to humanity – coupled with chocolate sprinkles on bread, Gouda cheese and delft porcelain – I will be forever grateful. In difference to Linnaeus, some medical “authorities” in the United Provinces lauded tea for its fantastic curative powers, recommending at least 8-10 cups a day. Seeing as the authorities in question were in cahoots with the Dutch East India Company, we must, I fear, take these statements with a pinch of salt.
Elsewhere in Europe, tea was viewed with suspicion. Grumpy doctors warned that it would leave you “as wrinkled as the Chinese” (?), or hasten your death if you were over forty. While tea in the United Provinces quickly became a household staple, all this caution in other countries left tea somewhat marginalised, a novelty that was tasted and evaluated before being set aside in favour of other beverages, principally wine, beer and coffee (preferences varied from country to country).

There were two exceptions: England, where the Portuguese-born and tea-drinking Queen Catherine of Braganza helped establish tea as a must-drink, and Russia, where for some reason they very quickly went so wild and crazy over this new drink they even invented the samovar. I’m guessing those icy winters made our Russian friends pre-disposed to appreciate a hot drink or two…
In Sweden, tea was no big thing – despite Linnaeus’ concerns that the entire national wealth was being dispatched abroad to pay for this addiction to dried leaves. No, in Sweden, it was all about the coffee.
Where tea was an ancient Eastern beverage – the Chinese had been sipping it for like eons before the Europeans caught on – coffee comes from Africa, more specifically Ethiopia. By the 15th century, coffee houses existed throughout the Middle East, vibrant meeting places at which men enjoyed this bitter strong brew and discussed everything from Sufism to the general state of the world. This worried the authorities, and in the early 16th century, Muslim leaders made an attempt to ban coffee – or at least the coffee houses. Didn’t work. By then, coffee had reached some parts of Europe. Yet again, coffee houses popped up all over the place. Yet again, these early cafés became meeting places for the intellectuals and the radicals, causing the authorities to break out in hives.

In England, Charles II made attempts to close down the coffee houses, concerned by the loud and subversive elements that met in these establishments. With over 3 000 coffee houses up and running, his efforts were bound to fail, and so the Englishmen could continue meeting over a cup or two of Java. Not so English women, who were banned from coffee houses. In fact, in most countries women were not allowed to accompany their men for a drink of coffee. This led to a lot of grumbling – in England the women even petitioned against coffee, complaining the beverage unmanned their men, laving them quite useless in bed.
Up here in the north, coffee was introduced late in the 17th century. At the time, it could only be bought in pharmacies, and was sold as a medicinal drink, with warnings as to the unpleasant and bitter taste. However, in the early 18th century, the then Swedish king Karl XII spent a number of years in captivity in Turkey (not exactly a model prisoner, our humiliated king created quite some havoc) and developed a fondness for coffee. Once back home, he insisted on serving (and drinking) coffee, and soon enough Stockholm had like 50 coffee houses or so. By the mid 18th century, the yeomanry (which was one of the four estates in Swedish Parliament) pushed through a prohibition of coffee. Not because of any concerns as to health issues or addiction, but more to get their own back – those hoity-toity Stockholmers had forced through a decision prohibiting farmers from distilling their own schnaps. If the farmers had to do without akvavit, the damned townspeople were going to have to do without that black brew of theirs…
Some years of subversive coffee-drinking followed: should you be caught indulging in your favourite mocca latte, you’d be slapped by huge fines. The prohibition was lifted. People sighed in relief. It came back. Was lifted. Came back. Was lifted. Why all these prohibitions? Because while Linnaeus’ concerns regarding tea were far-fetched, in the case of coffee, they were valid. The costs of importing coffee were high, and this lead to a substantial drain on the restricted Swedish financial resources. (At the time, Sweden was pretty much dirt-poor)
Maybe it was all those prohibitions that made coffee so popular. After all, nothing is quite as alluring as forbidden fruit. Or maybe it was the fact that soon enough both the farmers and the townies discovered coffee went very well with schnaps. Adding a tot or two of potent alcohol to your coffee had a marked impact on its enlivening effect. The recipe was easy: put a coin in the bottom of your cup. Pour enough coffee that you can no longer see the coin. Now add enough akvavit that the coin becomes faintly visible again. There you go, a perfectly mixed “Kaffe-kask”. Just don’t go driving afterwards…

Tea does not lend itself to mixing with alcohol. Besides, I don’t want it mixed with anything. I want my tea black and fragrant, the steam uncurling from the mug to tickle my face.
”Tea?” The man beside me leans forward to inhale. “Seriously? Give me coffee any day.”
He can have his coffee. I shall remain a happy minority among my coffee-drinking countrymen, always with a teabag or two tucked away in my purse.