The other day, I published my tenth book. I’m starting to feel like one of those ladies back in medieval times who popped out a baby a year and probably worried how on earth she was to feed and clothe them, let alone love them all. Except, of course, that one always loves one’s babies, right? 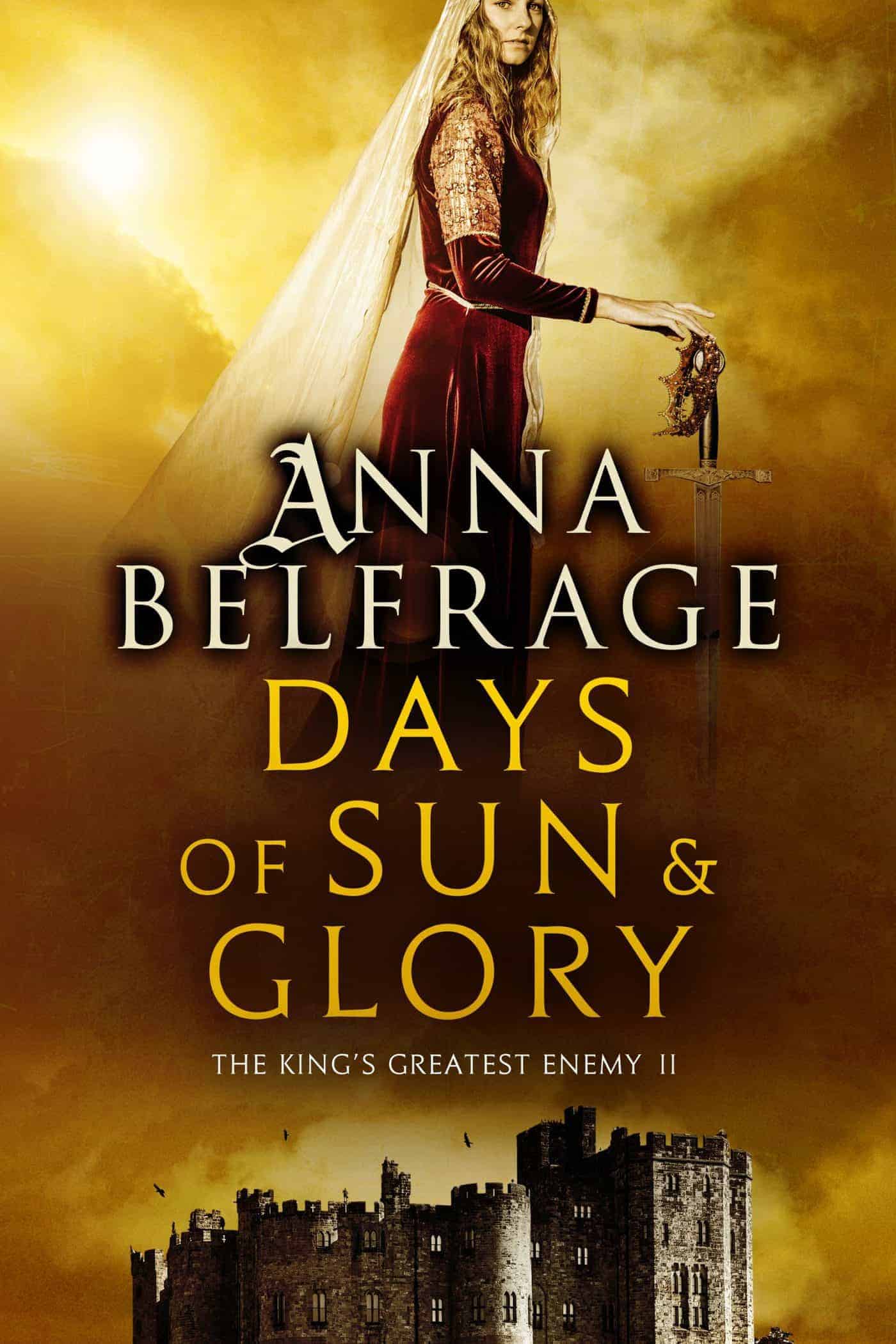 Days of Sun and Glory is the second in my series The King’s Greatest Enemy. Once again, I get to muck about in the delightfully complicated political environment of 14th century England, rubbing shoulders with Edward II and Despenser (although I keep my distance from dear Hugh – don’t like him much) and, of course, Roger Mortimer. Him I like – or rather, I see him through the eyes of my protagonist, Adam de Guirande, who loves Roger, has loved him since that day when Roger saved twelve-year-old Adam from his abusive father.
“Complicated,” Kit de Guirande says when I ask her what she thinks of Roger. She frowns. “To love Roger Mortimer in this the year of our Lord 1323 is to ask for trouble.”
Tell me about it. Mortimer has just managed to escape from the Tower and has fled to France. In England, Edward II is cursing himself to hell and back for not having executed Mortimer while he had the chance. Despenser totally agrees, but wisely holds his tongue. Queen Isabella, Edward IIs wife, detests Despenser – and even more she detests being marginalised by the king’s favourite, which is why she’s rooting for Mortimer, albeit extremely discreetly. And then there’s Edward of Windsor, the young prince, since some months Adam’s new lord and master.
Adam loves his young lord. He agonises with Prince Edward as the boy is torn apart betwen his father and his mother – after all, Adam knows just how that feels, as torn between Mortimer and the prince. And then there’s Kit, whom he adores and desperately wants to keep safe, but how is he to do that in this political quagmire?
“All he has to do to keep me safe is to keep himself safe.” Kit fingers her veil. “If he dies…” She shudders. “If Despenser gets hold of him…”
Yeah. That would be bad. Very bad.
Well: in conclusion, Days of Sun and Glory is something of a medieval roller-coaster. People fight.People die. And in all this mess, all this upheaval, I just have to trust that Adam’s innate honour and loyalty will help him choose the right way forward. Sheesh! I keep my fingers crossed so hard they hurt… 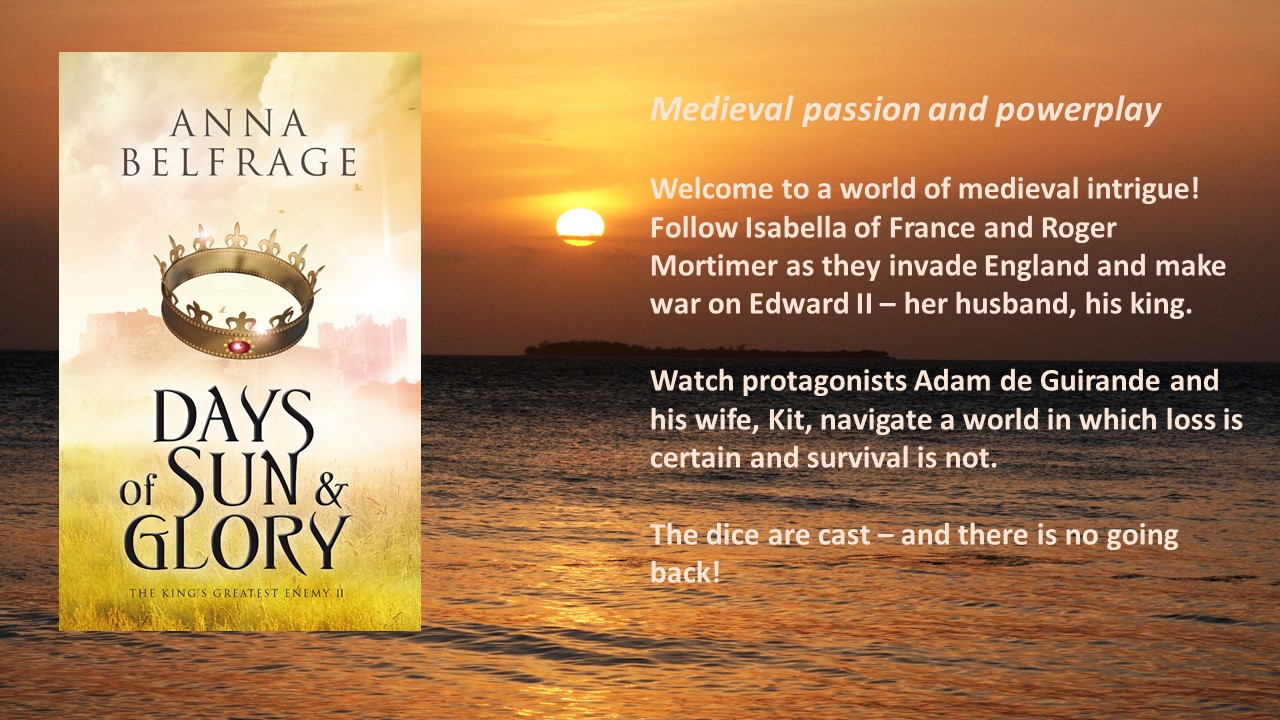 So, what are you waiting for? Go and grab a copy of Days and Sun and Glory and leave the very complicated here and now for an equally complicated, if distant, 14th century.
And should you want to start at the beginning, why not pick up In the Shadow of the Storm as well!
And seeing as a new book is always cause for celebration, I am giving away two e-book copies of Days of Sun and Glory. Just leave a comment and let me know where you prefer to do your #summerreading 🙂 Giveaway closes July 21st.
UPDATE! The winners are Denise and Sharon! Congratulations!

39 thoughts on “Sunny days and summer reads – a new book & a giveaway!”