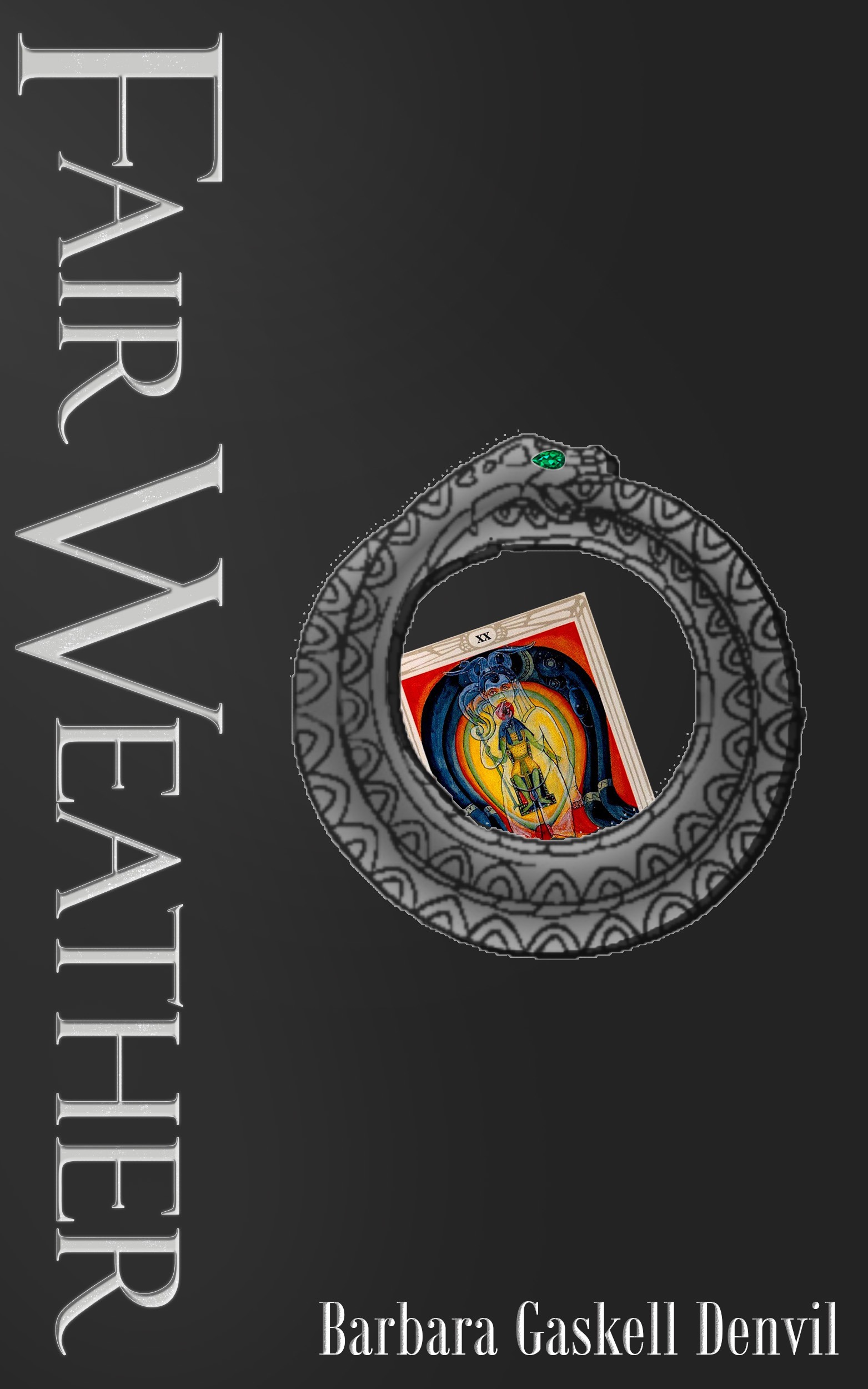 Okay, so today I have invited Barbara Gaskell Denvil to join me here on Stolen Moments. Barbara writes like a master of art paints, creating light and shadow, reek and perfume, good and bad. Her male protagonists are all (and yes, I mean ALL) deliciously complicated beings, with so many layers they resemble an onion. Well, apart from the fact that I imagine them all as devastatingly attractive (not necessarily handsome), and however much I love my onions, they are not what I would call hot.
Barbara is re-launching her book Fairweather. A promisingly thick tome set in the reign of King John – well, not entirely – and featuring a man named Vespasian. Except that his name isn’t Vespasian. I read this book several years ago, but I am thrilled to soon have the opportunity to read it again and submerge myself in a world of medieval politics, black magic and intertwined fates. You love books like this, and you will lose yourself in Fairweather. Just make sure you grab hold of Vespasian’s shirt and follow him out of this rich and detailed world back to the light of everyday life!
I gave Barbara the task of introducing Vespasian to you. So, ladies and gents, I give you dark and dangerous (very, very dangerous) Vespasian, as seen by his creator. Or maybe creator is the wrong word. Maybe Barbara merely channels the force that is Vespasian.
***************
Let me introduce you to a close friend of mine. Jasper de Vrais, Baron of Demis-Bayeux, Gloucester and Stourbury, holder of the seal of Thoth, more commonly known, while incognito, as Vespasian Fairweather.
The symbolism of this pseudonym is important, but Vespasian is not going to explain it. He rarely explains anything unless he is speaking of alchemy and the battle of Good against Evil.

Murder, torture, magic and the battle to end all battles follows wherever Vespasian marches. He marched into my head one day, and I have never been able to get him out. Perhaps he belongs there. I believe that one day, if I am patient, he will lead me into the second book of The Lilith Chronicles. Fair Weather is Book one, and this is being published in ebook and paperback on June 2nd this year.
Vespasian approves. He is on his way from the shadows into the light.
This most unusual character more of less wrote himself, and that’s just as well, because I’m not sure I could have managed it alone. He is not an easy character to describe and I doubt he would stand around waiting for anyone to try. He goes where he wishes, be it in the past or the present, and perhaps even the future. But in spite of all his many deep and troubled faults, this is a man capable of great love. His love for Tilda goes very deep, and for a man who understands magic at it roots, that is very deep indeed.
I am disclosing secrets here and he may not be too pleased, for he prefers to stay in the shadows. He has aroused the hatred of those in power and although his own powers are considerable, he stands alone and cannot outwit the crown, all the lords, the cruel gathering of the cult, and Lilith herself.
Magic is the answer. Vespasian is no super-hero of course. In fact he is no hero at all, and in his youth he was tempted into dark and violent paths where he was capable of great cruelty before he discovered the greater power of love.
Alchemy is neither good nor evil and the powers it infers are more spiritual than physical. The later attempts to turn common metals into gold are aberrations of a far older belief dating back to ancient Egyptian deities, and this is where the power grows. But it brings neither happiness nor release and must be controlled by those who are strong and wise enough. Vespasian is both strong and wise, but he is troubled by his own demons and his own past. Not everything will be as it first seems and there is no alchemic golden promise for the future.
But there is Molly, who can look back through the centuries even though she does not understand how or why, and there is Tilda who is the heart of timid innocence, and who adores Vespasian even though she knows many of his faults.
It is Tilda who will alter everything, and it is Molly who will change the direction of time. But it is Vespasian who will control the end.
So take my hand and come creeping into my book with me. No fair weather awaits, but Vespasian is waiting and he has a great deal to tell you. Be careful. There is danger as well as sunshine, but there is protection growing and you will be safe. At least I think so.
***************
I’m assuming the above has you rushing off to buy your own copy of Fairweather. Trust me, you will not be disappointed!
Buy on Amazon US
Buy on Amazon UK 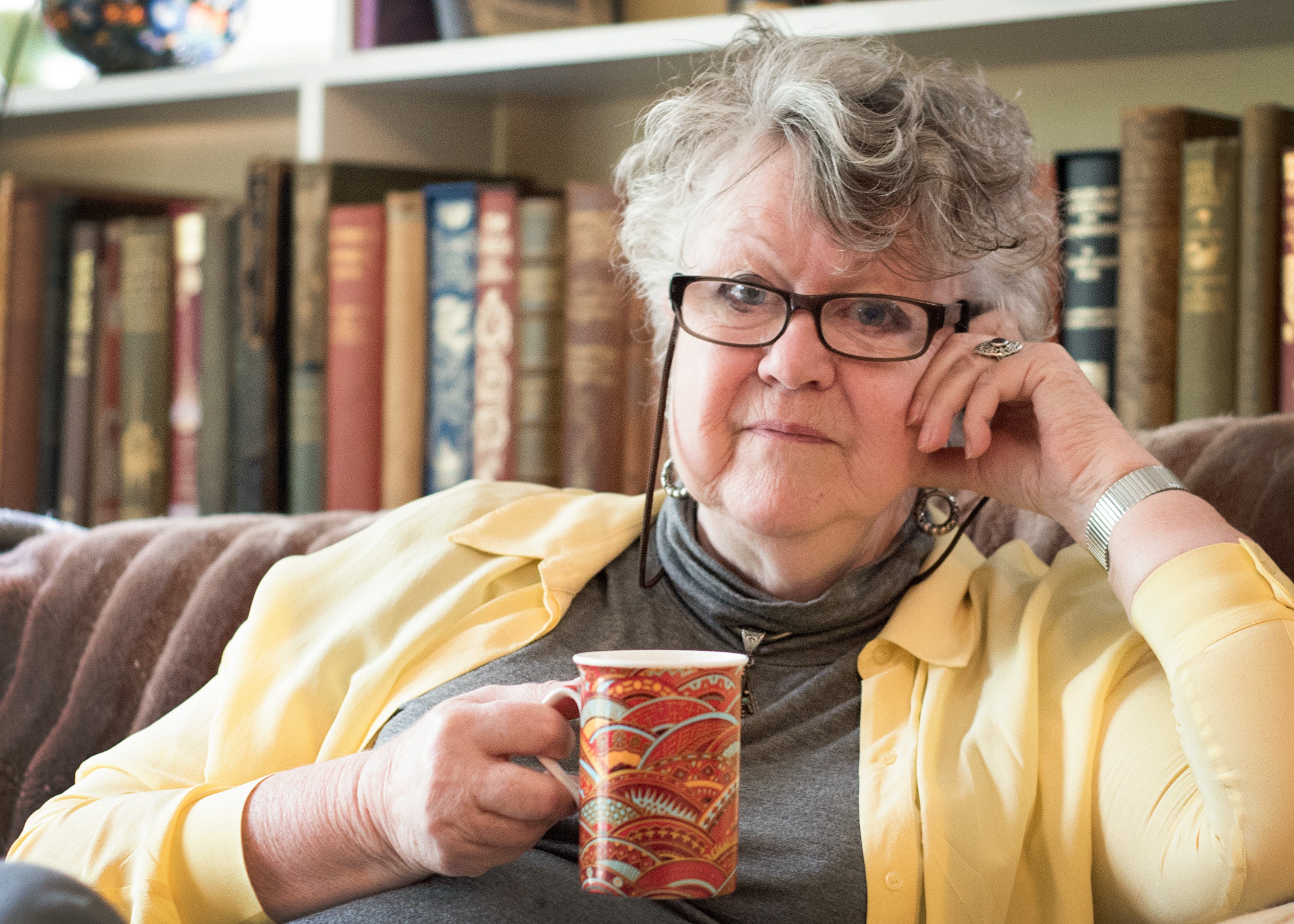 Born in England, Barbara grew up amongst artists and authors and started writing at a young age. She published numerous short stories and articles, and worked as an editor, book critic and reader for publishers and television companies. Barbara broke off her literary career to spend many hot and colourful years sailing the Mediterranean and living in various different countries throughout the region.
When Barbara’s partner died she came to live in rural Australia where she still lives amongst the parrots and wallabies, writing constantly, for her solace has now become her passion.
With a delight in medieval history dating back to her youth, Barbara principally set my fiction in medieval England.She also writes fantasy, tending towards the dark.
Find out more on Barbara’s website or her Amazon page

6 thoughts on “Most dark and dangerous”