Trust is one of the more beautiful words in the English language. It is also a very fragile word. Just like respect, trust is hard to earn and easy to lose, and once broken, trust is difficult to repair.
To trust someone is to take a leap of faith. After all, you don’t know if the person you’ve chosen to trust will live up to your expectations – maybe your trust has been misplaced. But somehow, you make an assessment based on body language, voice, what the person says and how he/she acts. In some cases, it isn’t even a conscious decision – we just know (or think we do) that this is a person of integrity, someone who will never let us down. Many of us will suffer the disappointment of realising that the person who was so trustworthy in one situation will prove entirely unreliable when circumstances change. It is a painful insight: to have given your trust to someone and have it broken hurts.
Trust – or the breaking of trust – has played an important role throughout history. After all, deception is one of the older political instruments – instinctive, almost. Lull someone into believing in you and then, once they trust you implicitly, stab them in the back and destroy them. Very effective. Quite, quite immoral. 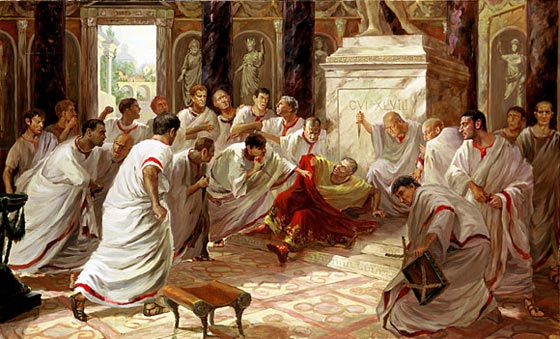 “Of course, you can trust me. I love you as a father,” said Brutus to Caesar. Well, we all know how that ended.
“Trust me, my lord, my king,” said Dafydd ap Gruffydd, bending knee before Edward I. “I am your man.” But when it came to the crunch, Dafydd’s heart was with Wales and his brother Llewellyn – well, if we’re going to be quite correct with Wales and Dafydd – and so he betrayed his English overlord. 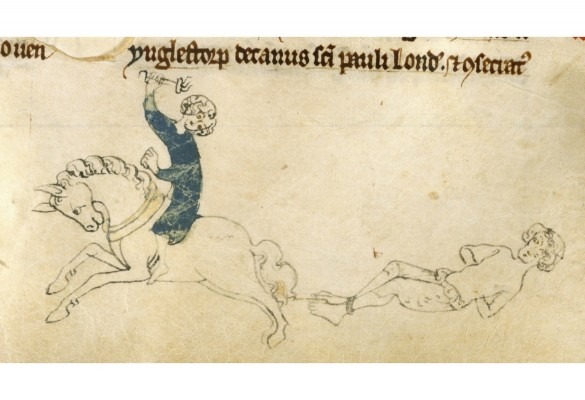 Edward’s punishment was brutal. It is said Dafydd ap Gruffydd was the first nobleman ever to be hanged, drawn and quartered. Maybe it was the pain of broken trust that made Edward so vindictive.
“Of course I’ve forgiven you,” Swedish king Birger Magnusson said, arms wide open to embrace his two younger brothers. “Trust me, I am so happy to have you here with me for Christmas.” Some days later, the two young royal brothers were thrown into a cell and left to die of starvation. A righteous punishment in Birger’s opinion – his brother’s had betrayed his trust some years ago and taken him captive, obliging him to give up two thirds of his kingdom before they set him free. 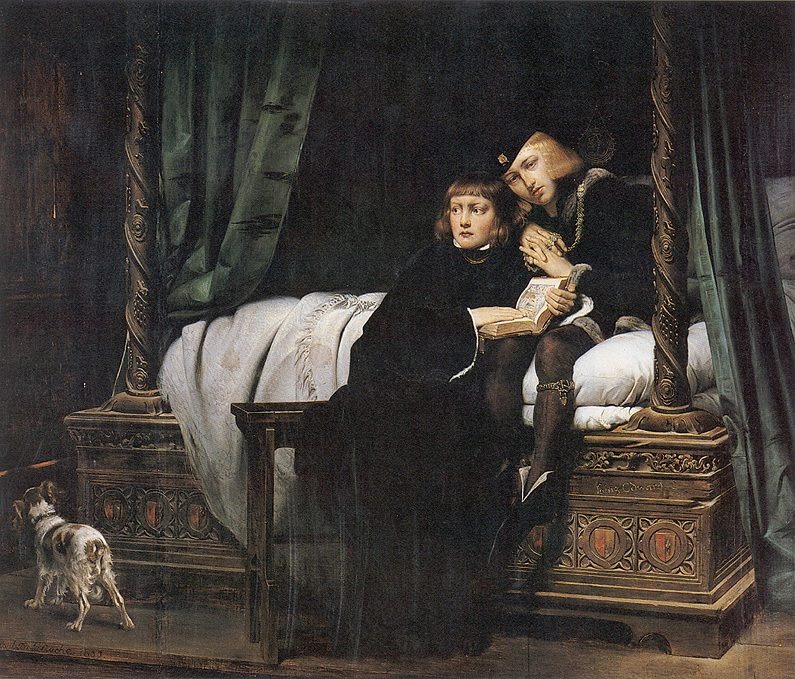 Richard, Duke of Gloucester, crouched before his nephew, the young Edward V, and smiled. “Trust me lad, I’ll not do you any harm.” But he did – if nothing else by appropriating the crown for himself. (No: I do not believe Richard killed his nephews) Of course, Richard himself was to pay the greatest price for misplaced trust, that day at Bosworth when the Earl of Northumberland held back his men and thereby allowed his king to be ignominiously killed.
“Trust me,” Pizarro said to Atahualpa. “Once your people have filled this building with gold we’ll let you go. You can go back to being the Inca, we will go back home.” Except that once the building was full of gold, Atahualpa was garrotted…
Trust me, that baby is not our brother, Princess Anne wrote to her sister, Mary. I bet they smuggled a foundling into the bedroom – probably crammed him into a warming pan. Whatever the case, I assure you that James Francis Edward Stuart is NOT our brother. Whether Mary believed her yes or no, it made for a convenient little lie. It also broke James II’s heart, that his elder daughters should be so cruel as to name his long-awaited precious son an impostor. As we all know, James II subsequently lost his throne to his eldest daughter. I don’t think he ever trusted her again.

The impassioned liberator of South America, Simón Bolívar was not above dirty tricks. In this case, it was a matter of ridding himself of competition. Francisco de Miranda was arguably the most famous Venezuelan alive – albeit that Venezuela did not exist – in the decades round 1800. He’d fought in the French revolution, had relentlessly demanded that Spain abandon its colonies in the New World. When present-day Venezuela freed itself – temporarily – from the Spanish yoke in 1810, Miranda returned, triumphant. Spain fought back. The fledgling republic was defeated.
“Trust me,” Bolívar said to Francisco de Miranda, before arresting him and handing him over to the Spanish. In return, Bolívar got a passport and fled to Curacao, Miranda was carried back to Cádiz, where he died in jail. Bolívar, of course, returned to defeat the Spanish. 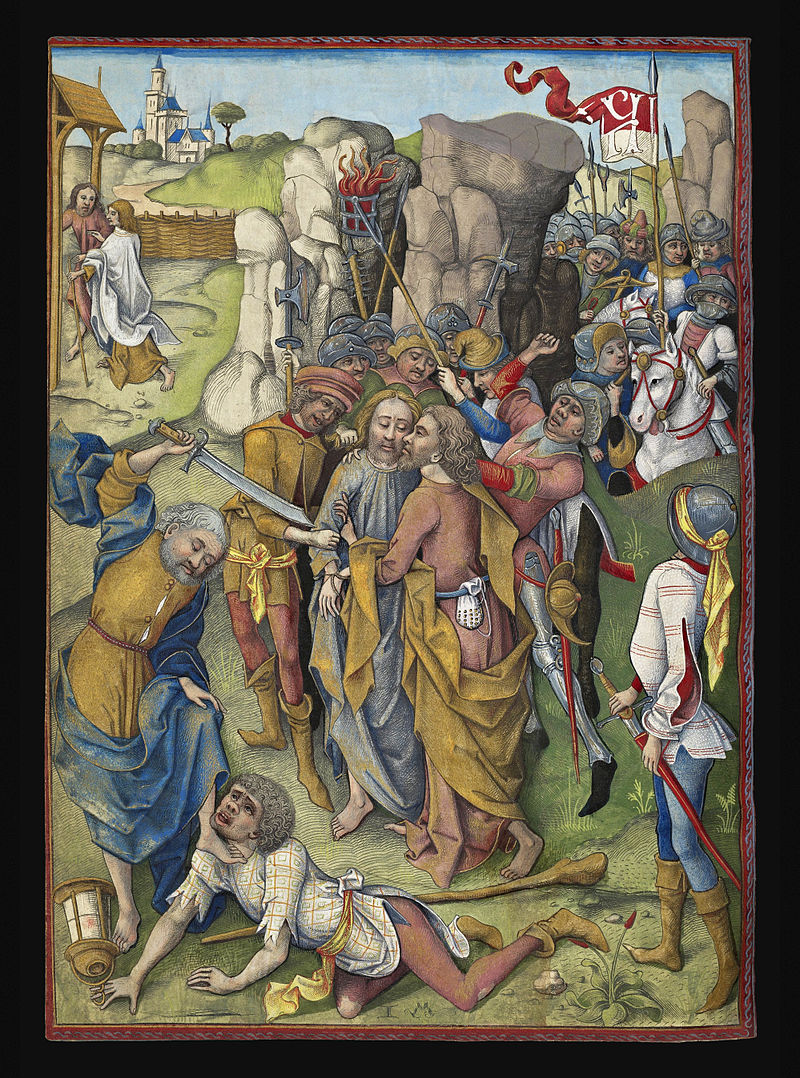 And then of course, we have the ultimate breaking of trust – at least in the Christian world.
“Trust me,” said Judas Iscariot, widening his eyes. “Trust me Master, I would never betray you.” And yet he did, pressing the soft kiss to Jesus’ cheek that would lead to his trial and crucifixion. For his troubles, Judas received 30 silver coins – and a burden of guilt so heavy he hanged himself.
After all these examples, one wonders that there are still people around who do trust their fellow human beings. And that there are those who fully deserve that trust. But then, some people never break their word, do they? Kudos to them.
Some people would argue that there are times when expediency – or the greater good – call for some deception so as to move things forward. In such cases, the breach of trust becomes collateral damage, the price to pay for having sorted a situation that had all the signs of going from bad to worse. For an honourable man, the resulting guilt can be quite crushing. Take, for example, Aymer de Valence, Earl of Pembroke. A loyal servant of the crown, a man trusted implicitly by the king – and his fellow barons – Aymer was given custody of Piers Gaveston after the barons finally succeeded in convincing – erm, strong-arming or brow-beating – Edward II to give his favourite up.
“We can trust Aymer,” Edward said to Piers. “He’ll keep you safe.” 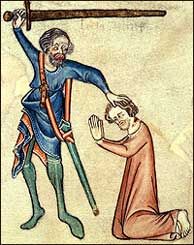 And Aymer did, but some of the other disgruntled barons were less than happy – they wanted Gaveston dead. Therefore, when Aymer slipped off to visit his wife, his fellow rebel barons took the opportunity to kidnap Gaveston and summarily execute him. Aymer never forgave them for the stain to his honour. The king never forgave them for murdering his dearest Piers. Things see-sawed back and forth, and then in 1321 Mortimer rebelled – this time in protest against the king’s new favourites, the Despensers.
Aymer de Valence was despatched to talk some sense into the rebels. He also pledged his word that should Mortimer submit, they’d not be killed. Roger Mortimer believed him. Aymer de Valence probably belived himself. The king, however, had other plans, and once he had Mortimer kneeling at his feet, he had him clapped in chains and dragged off to await execution. Mortimer escaped his captivity and lived to fight another day. Aymer de Valence, however, never quite recovered from this new blow to his honour. Aymer was a man who believed in honour, in trust. Twice, his integrity had been compromised by others. I dare say Aymer never again trusted his king.
Leaving aside all these wonderful historical examples, the issue of who to trust and who not to trust is as relevant today as it ever was before. We need to trust. We want to trust. It is a prerequisite to feeling that we belong, that we are safe. But in a world where a lot of the interaction takes place virtually – we communicate more and more via e-mail and text, less and less face-to-face and by phone – our brains lack some of the ingredients required to make a truly informed decision. We do not see the facial expression of the guy writing the Nigeria letter promising us millions if we just give him access to our bank accounts (although to fall for that one is sheer stupidity. No one gives away millions for free. No one). Nor do we note – and evaluate – how the person trying to sell us the best laptop in the world at a bargain price is fidgeting in his/her seat. We have no opportunity to register how eye-contact is avoided – or exaggerated – we cannot quite assess the pitch of voice or see the telltale blush that afflict some people when they lie. So we take a leap of faith and trust anyway. Quite a few of us crash and burn as a consequence…
In the world of business, trust is a very precious commodity. And generally, if you’ve broken it once, you never get it back. Plus, the business world is as full of gossip as any other human environment, and soon enough the company or person who broke trust will realise the word is going round. “Don’t trust them, they’ll rob you blind any opportunity they get.” Difficult to overcome – even if it is untrue. After all, broken trust is just as much about perceptions and undelivered expectations as it is about facts. 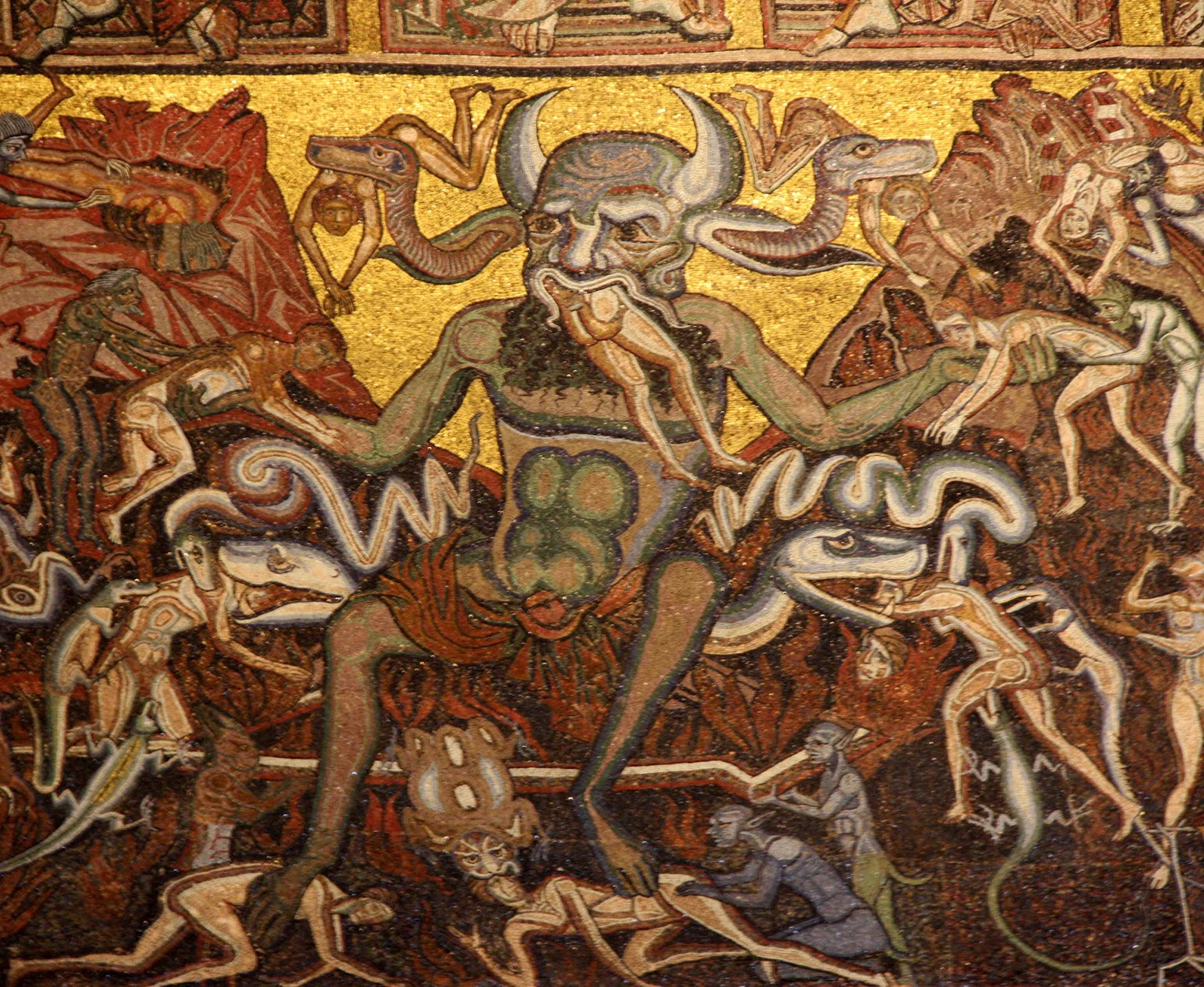 There is an element of grief in a relationship where trust has gone down the drain, which is why most of us will try to repair things, hoping to find our way back to how things used to be. That rarely happens. In the case of poor Aymer and his king, I don’t think theirs was ever a cordial relationship again. Brutus, of course, never had the opportunity to mend the fences with Caesar – I somehow think his efforts would have been futile. Jesus, I am sure, forgave Judas. After all, what was Judas but an unwitting pawn? Us humans, however, have definitely not forgiven him which is why Judas Iscariot, burdened with shame and guilt, lives forever in the ninth circle of Hell – as does Brutus – or so Dante tells us.
Over the course of our lives, we will be fortunate enough to meet some people we can trust – and therefore love. Little gems to hang on to, to polish and nurture. I am fortunate in that I have a best friend who would go to Hell and back again for me – as I would for her. I have children I trust implicitly, a sister who is always there for me. And then, of course, there’s the person I trust the most, the person I gladly entrust with my dreams, my hopes, my soul and heart: my husband. Since we met, very many years ago, he has never once let me down. Never. Am I a lucky girl, or what? Trust me, I know I am!