Now and then, I enjoy inviting people to drop by on my blog. Today, I welcome Ms Alison Stuart, an Australian writer who writes about the English Civil War. Her latest book “Exile’s Return” is set just around the Restoration – and I must say I find it rather coincidental that my lady visitor shares a last name with the king who regained his throne in 1660. Anyway; today is not about me or my musings, so with this short intro I hand you over to Ms Stuart.
Behind the Cover – researching Exile’s Return 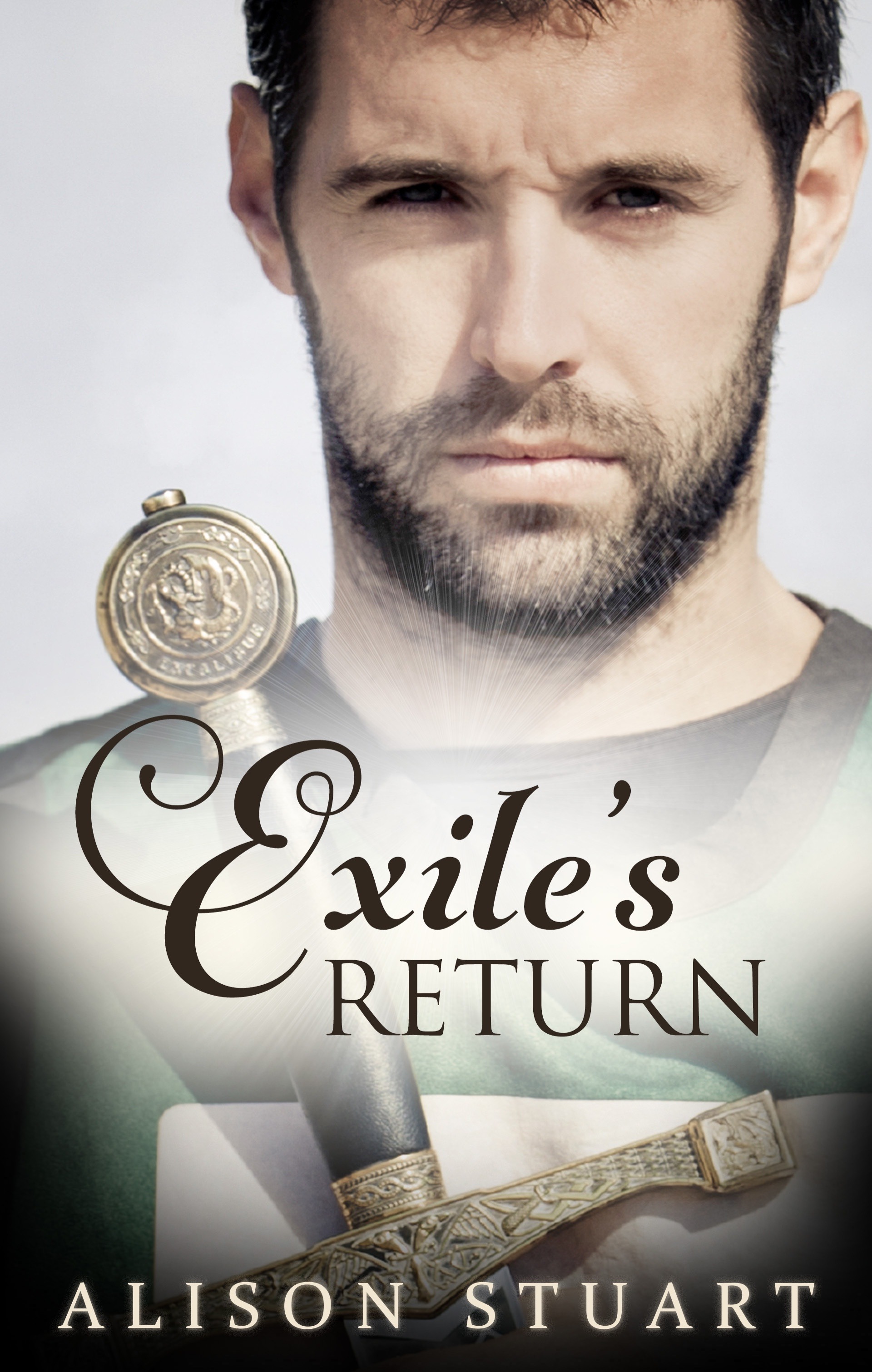 “…Jonathan broke the seal and scanned the contents, his face grave. He crumpled it in one hand and tossed it on the fire where it sparked and glowed before bursting into bright flame.
‘Thank you for bringing me news from the court,’ he said. ‘England balances on a fine wire at the moment.’
‘What do you mean?’
‘The restoration of the King seems inevitable, but yet there is still so much to do to accomplish it.’ He glanced at the fire as the letter dissolved in ashes and fell into the hearth. ‘The time for the sword is past. Old soldiers like Giles and I can be of little use in the months to come. We must put our trust in politicians…”

Thank you for inviting me to be your guest today, Anna!
EXILE’S RETURN, the latest (and last book) in my English Civil War set trilogy, Guardians of the Crown, has just been released. I found it a particularly challenging book to write because unlike the previous two books I had a less intimate knowledge of the Restoration then I do of the earlier events of this period. I also had a very tight contractual time frame to write the book.
We all know the following material facts:

Notice the gap?  Somewhere between May 1659 and May 1660 something happened… what?
The truth is a great deal happened to allow a peaceful return to the monarchy without further bloodshed. Whitehall politics at its very best – Army vs politicians. Throw in secret negotiators, secret organisations and an attempted uprising and it all makes for a very complex (and interesting) time to be living and all far too complex to explain in a short blog post.

So instead I thought I would talk about one small bit player in the drama of the Restoration, Sir George Booth. I researched him extensively but for various reasons he did not make the ‘director’s cut’ and is only mentioned in passing in EXILE’S RETURN.
By the close of the 1650s the one secret organisation holding the King’s own commission, The Sealed Knot (see book 2 in The Guardians of the Crown Series, THE KING’S MAN), had been discredited and as Cromwell’s death began to raise hopes of a restoration, the King commissioned John Mordaunt to organise a new ring of conspirators (mostly comprising members of The Sealed Knot) to be called The Great Trust and Commission with the aim of taking advantage of the instability of the Government following the fall of the Cromwells.
Their first plan was a nationwide uprising  and by August 1659 all was in readiness. Of course nothing happened in the King’s court without the spymaster in Whitehall  knowing all about it (Thurloe had been succeeded by  Thomas Scott following the fall of Richard Cromwell) and on the day of the uprising (5 August) any unrest was speedily dealt with and further action cancelled.
Unfortunately the message did not get through to Cheshire where George Booth, a former Parliamentarian who had become disenchanted with the regime under Cromwell had been hard at work.
With a force of 5000 largely untrained men, he gained control of Chester and set out to march on York. However General Lambert was waiting for him and Booth’s scratch force was resoundingly defeated at the Battle of Winnington Bridge on 19 August 1659. 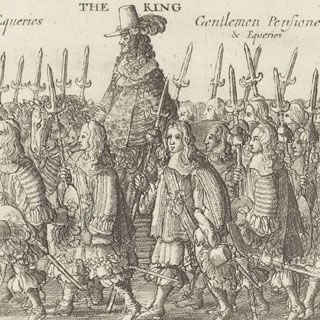 Booth escaped, ignominiously dressed as a woman. He was betrayed by a Buckinghamshire inn keeper who became of suspicious of the strapping ‘Mistress Dorothy’ who wore large square toed shoes, strode like a man and had an unusually large escort of male protectors. Mistress Dorothy was quickly apprehended and her alter ego, Sir George Booth, found himself in the Tower of London where he remained until he was released in February of 1660 without ever having been brought to trial.
Restored to Parliament, he was one of the 12 members deputed to take the message to Charles II, inviting him to return and in the early months of the restored monarchy was well rewarded with both money and a barony.
EXILE’S RETURN
England, 1659: Following the death of Cromwell, a new king is poised to ascend the throne of England. One by one, those once loyal to the crown begin to return …
Imprisoned, exiled and tortured, fugitive Daniel Lovell returns to England, determined to kill the man who murdered his father. But his plans for revenge must wait, as the King has one last mission for him.
Agnes Fletcher’s lover is dead, and when his two orphaned children are torn from her care by their scheming guardian, she finds herself alone and devastated by the loss. Unwilling to give up, Agnes desperately seeks anyone willing to accompany her on a perilous journey to save the children and return them to her care. She didn’t plan on meeting the infamous Daniel Lovell. She didn’t plan on falling in love.
Thrown together with separate quests – and competing obligations – Daniel and Agnes make their way from London to the English countryside, danger at every turn. When they are finally given the opportunity to seize everything they ever hoped for, will they find the peace they crave, or will their fledgling love be a final casualty of war?
BUY LINKS: Amazon, iBooks, Kobo, Nook.
TO MARK THE RELEASE OF EXILE’S RETURN, ALISON IS RUNNING A CONTEST TO WIN A ‘GUARDIANS OF THE CROWN’ SWAG BAG. Enter by clicking HERE

ABOUT ALISON
Award winning Australian author, Alison Stuart learned her passion from history from her father. She has been writing stories since her teenage years but it was not until 2007 that her first full length novel was published. A past president of the Romance Writers of Australia, Alison has now published seven full length historical romances and a collection of her short stories.  Many of her stories have been shortlisted for international awards and BY THE SWORD won the 2008 EPIC Award for Best Historical Romance.
Her inclination for writing about soldier heroes may come from her varied career as a lawyer in the military and fire services. These days when she is not writing she is travelling and routinely drags her long suffering husband around battlefields and castles.
Readers can connect with Alison at her website, Facebook, Twitter and Goodreads.
*******************
Thank you, Alison! Well, it seems to me poor Mr Booth does deserve a book of his own – maybe something to consider in a future project for Ms Stuart. And as to all that negotiation that went on prior to the restoration, I cannot fight the temptation to mention George Monck – once a royalist, then a Parliamentarian, one of Cromwell’s most trusted men, in fact, and ultimately the architect behind the Restoration. Fascinating man. He also deserves a book…

2 thoughts on “Behind the Cover – Featuring Ms Stuart”