Today, I’m spot-lighting a book by fellow author Tony Riches. Set in the 15th century, we have here a tale of sorcery and intrigue, of ambition and its consequences. A woman who wanted too much paid a very high price – but was she really a witch? Tony allows Eleanor Cobham – wife of Humphrey, Duke of Gloucester – her own say in the matter.

Four chapters into the book, I must say I am enjoying it a lot – especially because of the richness of the historical detail, which has me back in the 1450’s. And just for the record, no, I don’t believe Eleanor was a witch – I don’t think her more educated contemporaries did so either, but what better way to discredit a woman forever than to throw such accusations in her face? I am really looking forward to reading about Humphrey’s reaction to all this – after all, he was more or less forced to divorce her! 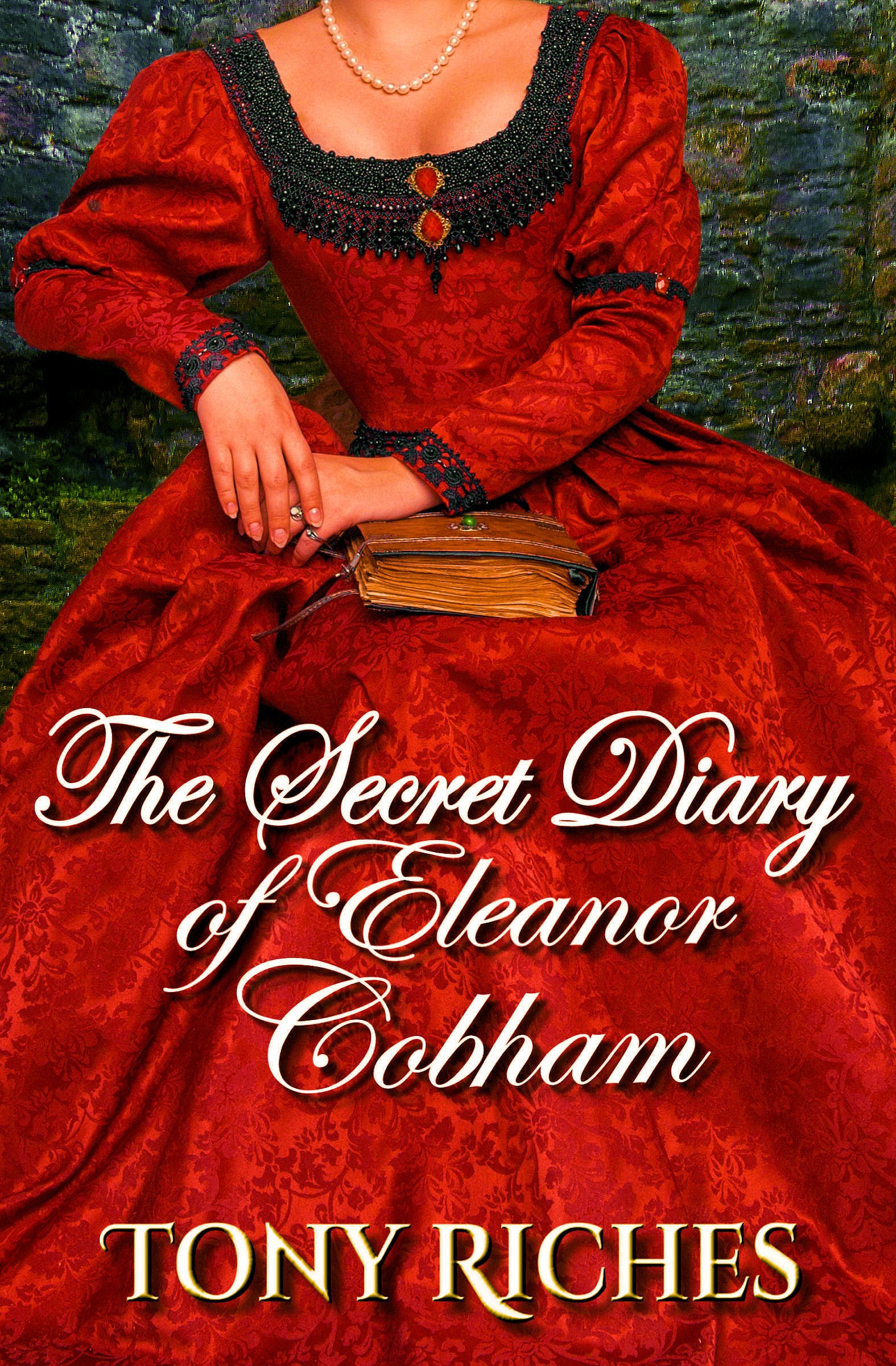 The Secret Diary of Eleanor Cobham

The year is 1441. Lady Eleanor Cobham, Duchess of Gloucester, wife of Duke Humphrey of Gloucester, one of the richest men in the country and next in line to the throne, hopes to one day become Queen of England. Then her interest in astrology and the dark arts, combined with her husband’s ambition, leads their enemies to accuse her of a plot against the king.

The beautiful Duchess Eleanor is found guilty of sorcery and witchcraft. Rather than have her executed, King Henry VI orders Eleanor to be imprisoned for life. For ten years, she lives as the king’s prisoner in the finest palaces in the country, such as Leeds Castle in Kent, to some of the worst conditions, in Peel Castle on the windswept Isle of Man.

Finally she is taken to the Welsh fortress of Beaumaris Castle on the Island of Anglesey. More than a century after her death, carpenters restoring one of the towers of Beaumaris Castle discover a sealed box hidden under the wooden boards. Thinking they have found treasure, they break the ancient box open, disappointed to find it only contains a book, with hand-sewn pages of yellowed parchment.

Written in a code no one could understand, the mysterious book changed hands many times for more than five centuries, between antiquarian book collectors, until it came to me. After years of frustrating failure to break the code, I discover it is based on a long forgotten medieval dialect and am at last able to decipher the secret diary of Eleanor Cobham.

In sight of God and us, your guilt is great:

Receive the sentence of the law, for sins

Such as by God’s book are adjudged to death.

You, madam, for you are more nobly born,

Despoiled of your honour in your life,

Live in your country here, in banishment.

Tony Riches is a full time author of best-selling fiction and non-fiction books. He lives by the sea in Pembrokeshire, West Wales with his wife and enjoys sea and river kayaking in his spare time. For more information about Tony’s other books please visit his popular blog, The Writing Desk and his WordPress website and find him on Facebook and Twitter @tonyriches.

2 thoughts on “Condemned as a traitorous witch – but was she?”