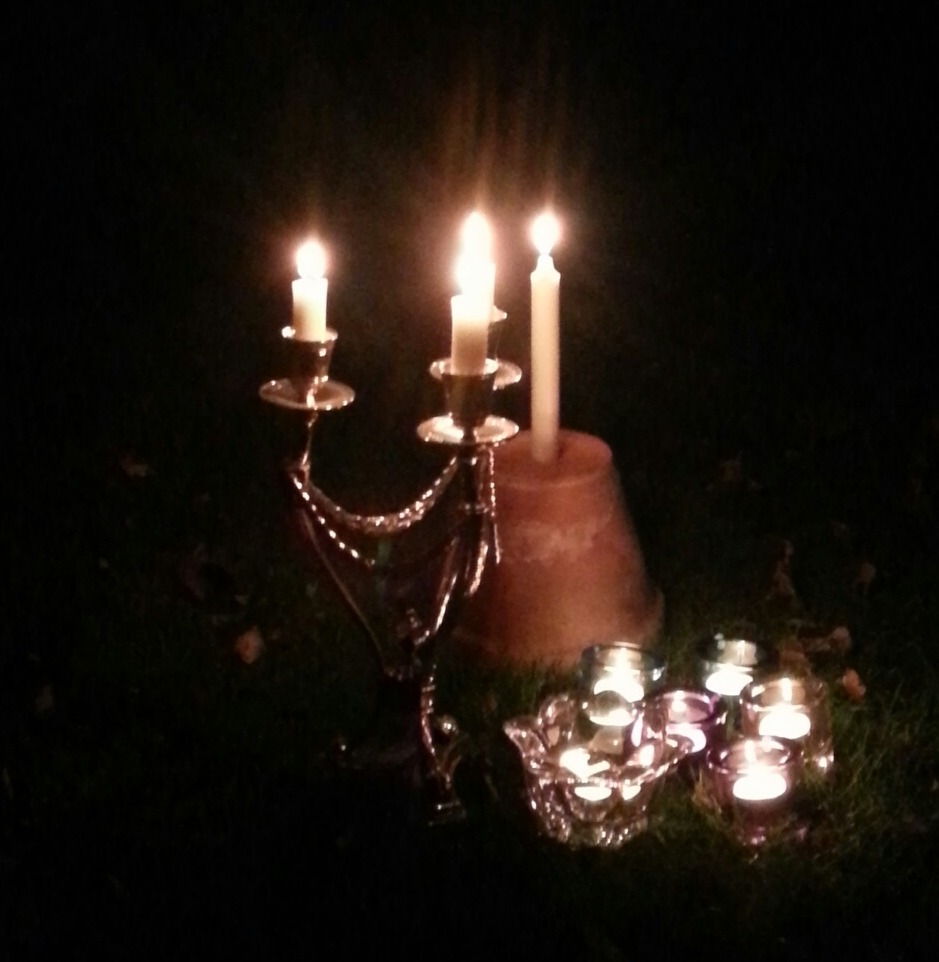 In the not so distant past, All Hallows was the day when the graves of our dead were visited. Come evening, the graveyards would be alive with the flickering light of candles, a night of light in the otherwise so permanent dark of the dead. Headstones were eerily lit from below by the candles left in lieu of flowers, and should one be unwise enough to be out and about, chances were one would not only hear, but also see a ghost. As Sweden had at the time not succumbed to the somewhat cheerier version of All Hallows as represented by Halloween, there was rarely any reason to venture abroad, as chances were the night would be too cold and too wet. Ergo, I never saw a ghost – at least not on All Hallows.

All Hallows is a night of remembrance.  These days, many of us don’t even have graves to go to, as so many of our loved ones are cremated, their ashes spread over the sea or in designated groves. But still; the day as such evokes memories that rise like dancing fogs around us – or at least it does for me.

When I was a child, we lived in South America. My father was a constantly working manager, travelling with frequency back and forth to Europe. On many of those trips, he returned with a little blue delft house, a miniature genever bottle, that he’d been given by his airline of choice (and as I don’t want to advertise, I m leaving it to my savvy readers to work out just what airline that might have been). He gave me the houses, and to this day I have them, a decorative little collection that I am rather proud of.

When I was almost fifteen, my parents decided that my mother was to return to Sweden with me and my sister while my father was to remain in Venezuela until his present contract expired. How they arrived at this decision I don’t know, but in my opinion this was a stupid decision. Our family was torn apart, and in Sweden my mother moped and pined, longing for my father, while in Caracas my father sat in his lonely apartment , far away from his wife and his daughters. And as to the daughters, we were suddenly in the position of having to cope with an entirely new environment and a depressed parent. 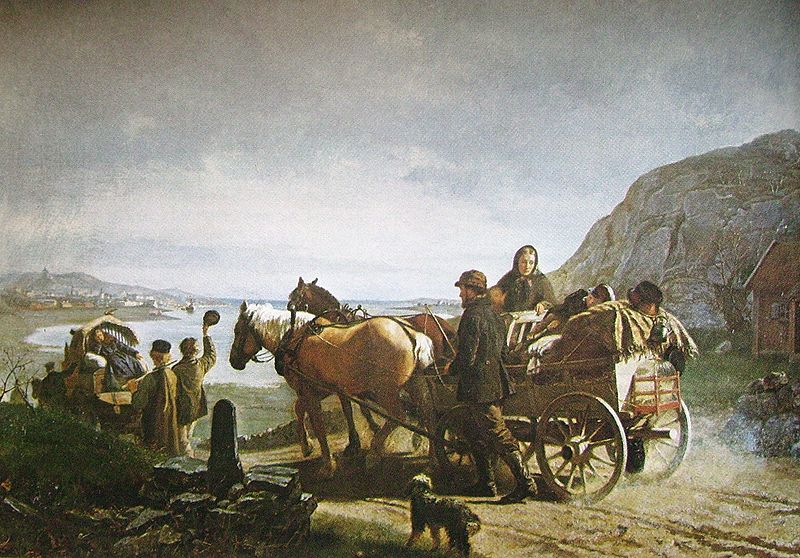 For my mother, returning to Sweden was a dream come true. Except that it wasn’t. As so many returning former emigrants know, the homeland they’ve so carefully conserved in their memories has very little to do with the reality they have to confront, and instead of having come home, the returnees are trapped in limbo: they no longer belong whence they came, and they will never truly belong where they went. Since my mother moved abroad, things in Sweden had not stood still, and the society she now had to face was in many ways as unfamiliar as that of a foreign country – with the added anguish that the rose-tinted description of Sweden she’d been feeding us crash-landed within a week. For a teenager, Sweden was harsh. Either you conformed or you were totally cold-shouldered, and both my sister and I  stuck out like sore thumbs among our peers.

My parents loved each other. A lot. So much, in fact, that they were quite convinced living on opposite sides of the Atlantic Ocean would not have a detrimental effect on their relationship. But as the year passed, distance may have made the heart grow fonder, but inevitably two people who lived very different lives evolved in different directions. Besides, love isn’t always enough: there were all those years when my mother felt professionally frustrated by her life in South America – ergo her yearning for Sweden. Then there were all those years after we’ve moved back when my father was too afraid of what a move back home might mean professionally. A touch of bitterness crept in. So many wasted, lonely years – for both of them.

It took my father eighteen years to come home, years in which he, at most, saw us four times a year. Years in which my mother went into a frenzy upon each approaching visit from my father, because the house had to be just so, the fridge had to be filled with all his favourite foods, and his little family had to be glowing with joy when he arrived. For two weeks, all those unspoken recriminations were swept under the carpet and we played at happy families, at being people we no longer were. And then he left, and my mother was devastated, he was devastated, we were devastated, attempting to pick up the pieces of our ordinary lives – the lives that no longer included our father as he had been reduced to being a Visitor.

When he finally did come home, the consequences of living apart all those years clearly showed. He preferred to eat his main meal at noon, she wanted to eat dinner by candlelight. He had a pedantic approach to clutter – more or less everything was clutter – and she was irritated by him moving her stuff around. But there were times when he’d put on the record player and sweep her away in a dance or two, crooning along as Frankie Valli sang “Can’t take my eyes off of you”. And she laughed and swirled as they turned and dipped, two people moving to the same rhythm, the same underlying heartbeat – some moments of perfection, of togetherness. In those moments, their love was still there, visible to all of us.

These days, I’m the one who travels the world for business. It is me who spends endless hours on airplanes, who hurries from gate to gate, always in a rush, always on my way to somewhere else. Recently, I happened to fly with my father’s favourite airline. And when the hostess placed the little delft house in my hands, it was like being hurtled back in time, to those long gone days when my father would grin as he handed over his latest airline collectible. My eyes stung, and I was swept with a burning desire to see my father again, to hug him and tell him I love him. That, sadly, is impossible. My father is among those we commemorate with gasping candles, little beacons of light in the resting place of the dead. 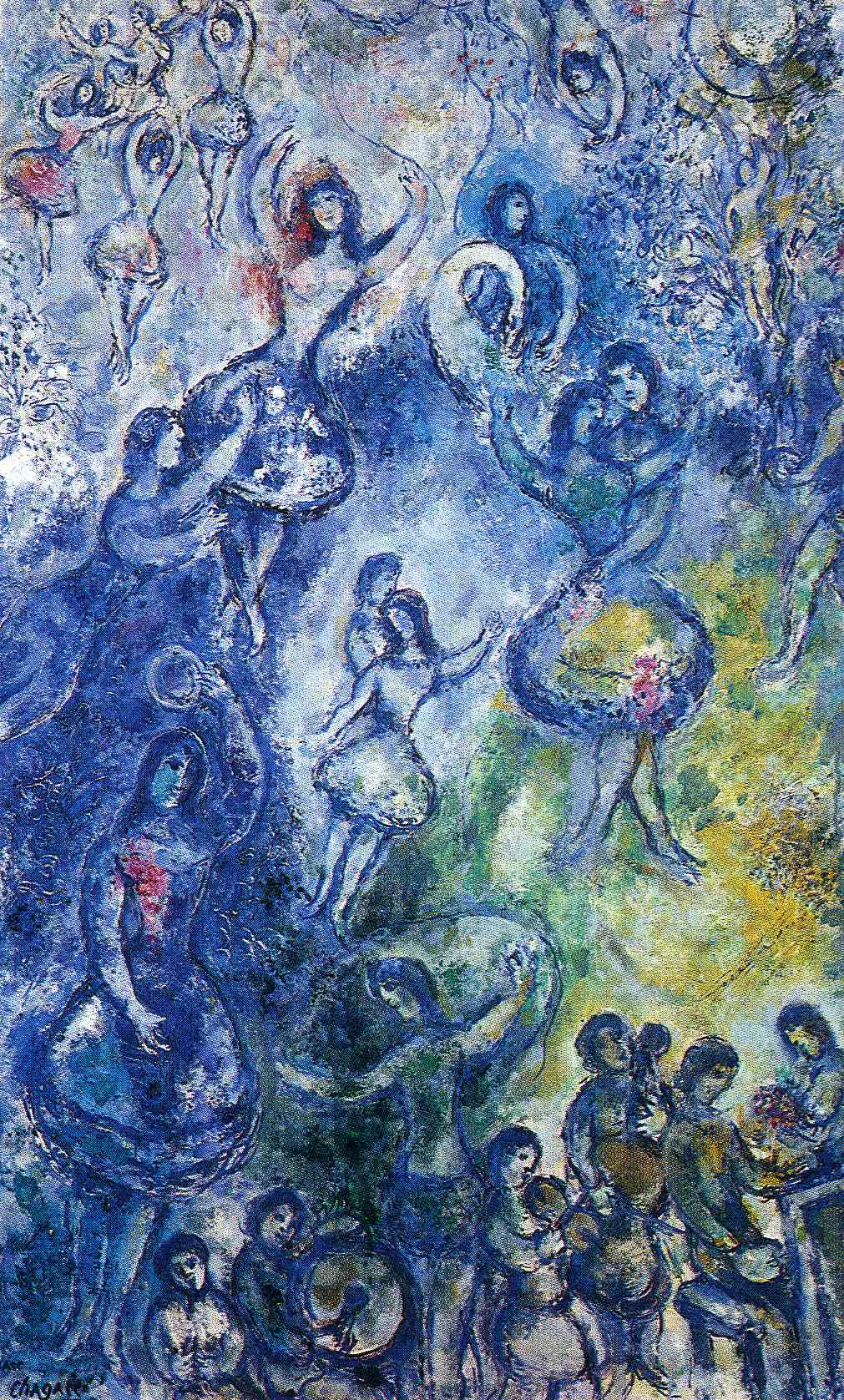 It happens at times that I think I see my father. He’s standing somewhat to the side, his hands clasped behind his back. And every time I do, I rush towards him, only to realise halfway there that the man presently perusing the ducks is a stranger. But every time I hear Frankie Vallie sing “you’re just too good to be true” I see him with my mother in his arms, elegantly turning them across the living room floor. He is smiling down at her, and she is clinging to him, eyes ablaze with pride and love. That’s how I will always remember him.

My latest delft house now stands among the others, one more little miniature in blue and white. I run a finger over the dark blue roofs and hope that somewhere way up high, my father sees me and smiles. Jag älskar dig, Pappa.

6 thoughts on “A little house in delft porcelain – a reminiscence”