We have recently had cause to celebrate here in Sweden. Or in Denmark. Or on the Faroe Islands. You see, some days past it was 375 years since Jonas Bronck bought himself quite a spread just on the outskirts of New Amsterdam, and to this day the area in question still carries his name. The Bronx.

Some say Jonas was from the Faroe Islands. Just to properly validate their claim to him, the islanders have a road named after him. (And for those of you who have NO idea where these islands might be found, let’s just say they are specks of rock stuck in the North Sea, from where come hardy sheep and very hardy people – that’s what you get when you grow up in such barren and harsh surroundings.) As per the Faroe contingent, Jonas was the son of a priest who was born and raised in Torshavn before being struck by the travelling itch and setting off for the American continent.

Huh, say the Danes. Everyone knows Jonas was born on Bornholm, a small Danish island in the Baltic Sea. He was the son of a Danish priest called Morten and even studied at the university in Copenhagen before being struck by the travelling itch and etc. etc. etc. Thing is, this Morten character seems to have died like fifteen years before Jonas was born. We’re talking a very, very long gestation period should Jonas be his son.

No, no, no say the Swedes. I mean, who has ever heard of a Dane being called Jonas Bronck? That’s a solid Swedish name – or rather Brunke is – and Jonas was a farmer’s lad from the interiour of southern Sweden, where he grew up until he was struck by the travelling itch and – well, you got it by now.

The only thing these three versions agree on is that Jonas went to America – and that he did so via Amsterdam. They also seem to agree on the fact that he arrived in the Dutch colony of New Netherlands in 1639 and that he bought a substantial amount of land – at a most auspicius price, one would guess. I mean, this was before the New York property market had begun to boom… 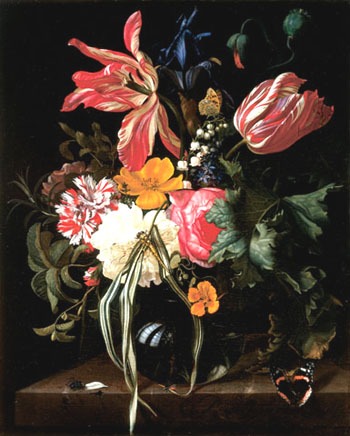 Prior to setting off to make himself a fortune in the New World, Jonas had spent time in the Netherlands, where he also met and married his wife, Teuntje. By the late 1630’s, things were a bit shaky in Amsterdam. The tulip boom had come and gone, leaving a number of people in financial ruin (and one must love a people that goes wild and crazy over tulip bulbs, mustn’t one? Seriously: ONE bulb could be priced at the equivalent of a house…).

The powers that were in the Netherlands were less than happy with how things were progressing in their American colony. In difference to the English colonies, things weren’t happening, so to say, starting with a depressingly low influx of settlers (What can I say? Those spectacular tulips kept all of them at home…). To encourage more settlers, land was offered at discounted prices, and our Jonas quickly saw the oppotunities this might offer. Together with his Danish friend Jochem Kuyter (and yes, this is an indication that Jonas could potentially have stronger Danish connections than us Swedes want to recognise), Jonas leased a boat with the rather epic name “The Fire of Troy”, loaded it with cattle, other wannabee colonists and set off for this beckoning brave new world.

It was a new world. Magnificent and wild, it offered the intrepid man endless opportunities to improve his lot in life. Jonas was most definitely intrepid – as way Jochem. One of them settled in present day Harlem, the other – Jonas –  chose land on the other side of the Harlem River, with Jonas ending up the proud owner of close to 700 acres, some of this land bought directly from the Lenape tribe. Unfortunately, Jonas would not be given the chance to truly explore this new land of his. For unknown reasons, Jonas died early in 1643. 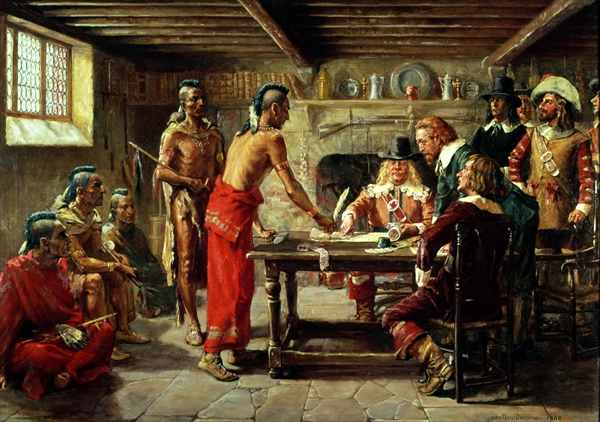 At the time, a certain Wilhelm Kleft was the Dutch Governor. This gentleman is infamous for his treatment of the Native Americans. In early 1643 he had Dutch soldiers slaughter 120 Native American refugees – in flagrant breach of the treaty signed in 1642 at Jonas Bronck’s homestead. This event sparked a two year period of hostilities between Colonists and Native Americans. Those most at risk were those living on the fringes of things – Like the Bronck family – so maybe Jonas fell victim to a retaliating attack by the angered Native American tribes. We don’t know.

What we do know, however, is that Jonas was a literate, multi-lingual man, possessed of a library numbering well over 30 books and a number of pamphlets when he died. From his reading matter one can deduce he was also very devout – further substantiated by the name he gave his homestead, Emmaus. Several of the books in Jonas’ possession were in Danish. Quite a few were in Dutch, one or two in German or Latin. None seem to have been in Swedish – but this may say more about the sad state of the Swedish publishing industry at the time than Jonas’ nationality. After all, Sweden was at war! We had no time to print books when we needed to produce weapons and tame moose for the cavalry. (And yes, moose were domesticated, were broken in and ridden, but the poor beasts died quickly, having no liking for hay and oats. Plus they leapt like March hares at the sound of muskets…)

A Peter Bronck was named as Jonas’ heir. Whether this was a son, a brother or a cousin we don’t know. We do know Jonas’ widow remarried in the summer of 1643, so either she wasn’t all that grief-stricken, or women were such a valuable commodity in the colonies that she drowned in potential suitors, all of them vying for her hand. We also know that a Peter Bronck was to build a house in 1662 – the oldest existing building in the New York vicinity.

For some years after Bronck’s death, his farm seems to have been left untended, indicating there were concerns with living so far away from the centre of things (well, the collection of houses and the wind-mill right at the southern tip of Manhattan that went for the centre of things back then). But people still referred to the area as “Bronckland”, and the nearby waterway was called Bronck’s River. The name of the land changed with new owners, but the river retained its connection to the very first white settler, even if Bronck’s became Bronx. And so the name was still around when the five boroughs of New York were named, which was how present day The Bronx came about. A small, tenuous connection to Sweden, right there in the Big Apple.

So, was Jonas Swedish? Well, Brian Andersson seems to think so, and given that Mr Andersson is a historian and genealogist who has been researching the topic for several decades – and he’s also the former Comissioner of NYC’s Department of Records – he should know, right? After all, Mr Andersson has chosen to celebrate the 375th anniversary of Jonas’ arrival in the New World here, in Sweden, at the Jonas Bronck Centre.

What further proof do you want, people? Jonas Bronck was as Swedish as moose and lingonberries, as Swedish as meatballs and cinnamon buns. And as to why he left Sweden to begin with, I’m thinking it all had to do with that dratted Thirty Years’ War: any young man in Sweden risked being conscripted into the royal armies. Maybe Jonas was a pacifist. Maybe he didn’t relish the idea of having selected parts of his body shot off by muskets or cannon-balls. Or maybe he was one of those boys who was always looking at the horizon, wondering what might lie beyond it. Whatever the case, his life took him on a very long trip given the times, and he must have made a very lasting impression on the people he met along the way – why else keep on calling the spread he lived on for four short years by his name?