I suppose no one has missed the recent Winter Olympics. One of my dear US colleagues made it his duty in life to send out daily bulletins as to the medal count – very much in favour of the US, let me tell you. Not that it much bothered me, as personally, I only watch two events: cross-country skiing and figure skating. My family finds my interest in these sports hilarious. Had I been obliged to traverse as much as 5 kilometres on skis, I would probably have collapsed – or slid backwards. And as to figure skating… I go all star-eyed when I see the ice-dancers, and now and then I’ll stand and ape along, which is when my husband rather sweetly tells me that I might – just might – be able to keep my balance on ice if I were on double-bladed skates. Well hello; it’s not my fault I grew up in tropical climates with not an ice rink in sight, is it?

Back to the ice-dancers. Skip the skates, and I’d be able to give them a run for their money. Err… yes, yes, I hear you chuckle. It’s called ice-dancing for a reason. My point is rather that what I don’t have in skating techniques, I have in dance moves – and in passion & enthusiasm. 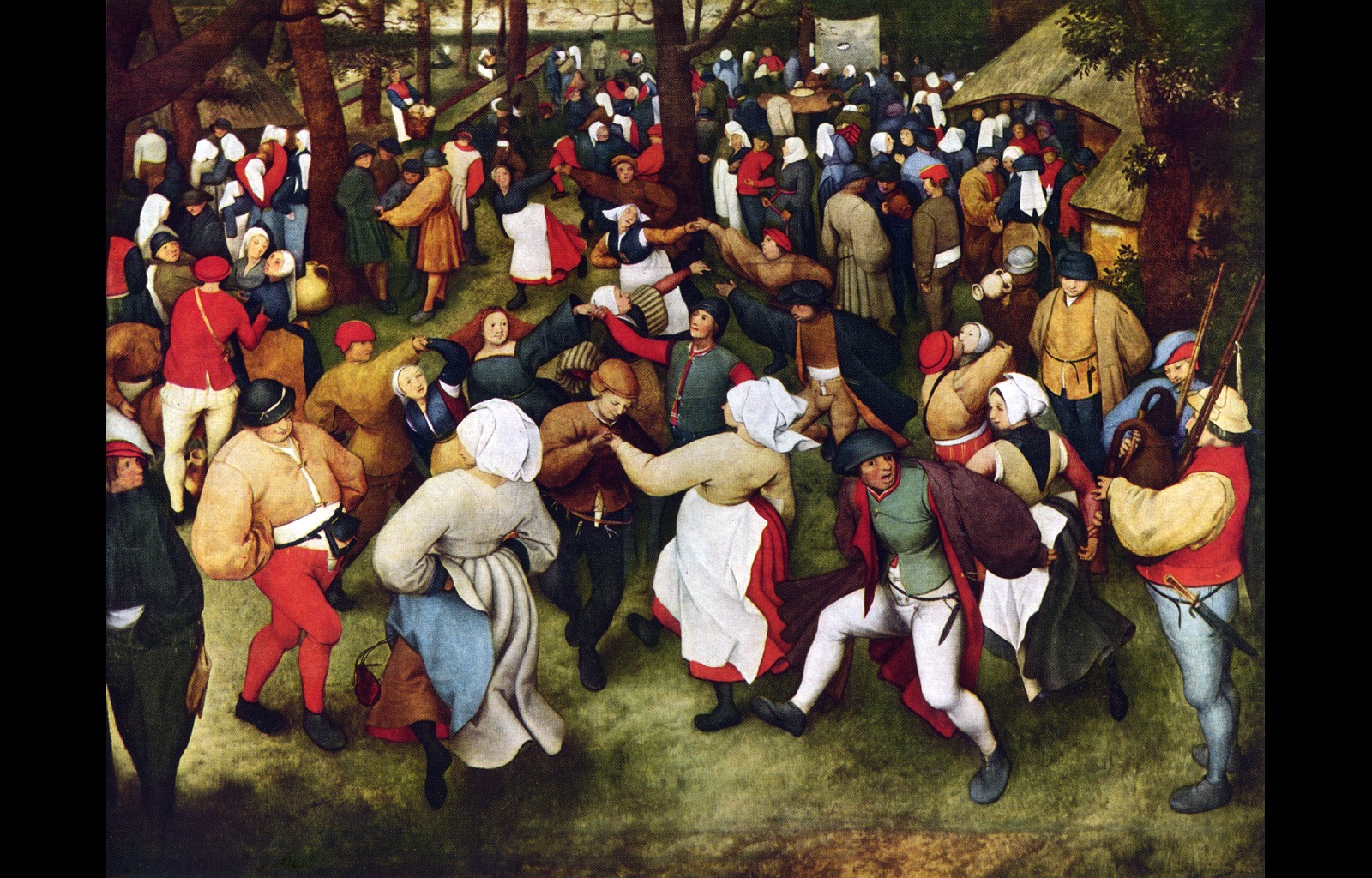 Dancing must be one of the older of human social entertainment. Picture that cave clan, forty thousand years ago, celebrating the spring equinox. A large bonfire throws shadows and flickers of light to adorn the rugged walls, the shaman is beating his drum and shuffling his feet, and all around him, the tribesmen and tribeswomen are dancing along, moving in time to the beat. The dance is a ritual, an attempt to appease the gods into providing more game, more fresh roots, days of sun and warmth. But I can bet you that the younger members of the tribe are using the opportunity to flaunt themselves. Young girls in skins shake their booties with as much abandon and skill as their modern day sisters, young men prance and strut, displaying abs (much easier if you’re only wearing a pelt) and well-toned biceps. 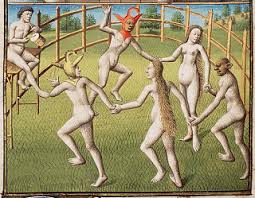 As we hopscotch through history, dance retains its importance as a ritual and a mating game. Sometimes things start out in an organised ritualistic way and degenerate into wild fests, nights of panting mayhem as people dance and dance and dance. No set steps, no pre-arranged routines, just an immersion in the pleasure of movement, in the heat that courses through your limbs when you grind your arse against someone else’s groin. Other times, the dancing takes place under the hawk-eyes of chaperones and courtiers, and so people twirl and bow, they skip and leap without missing a beat. But even then, now and then a hand clasps another hand with too much fervour, a finger is drawn across the sensitive skin of an inner wrist, making young women blush and quiver, men smile and hope.

Some societies viewed this dance thing with disfavour. The Puritans, for example, found such behaviour quite unacceptable, and dancing, singing, carousing in general was forbidden under the Commonwealth. Did that mean people in 17th century England stopped singing, dancing and carousing? Of course not; they just became far more careful as to where and when and with who. Dancing is too much fun to give up entirely – something I think even a number of very devout Puritans would agree with (in private, of course). 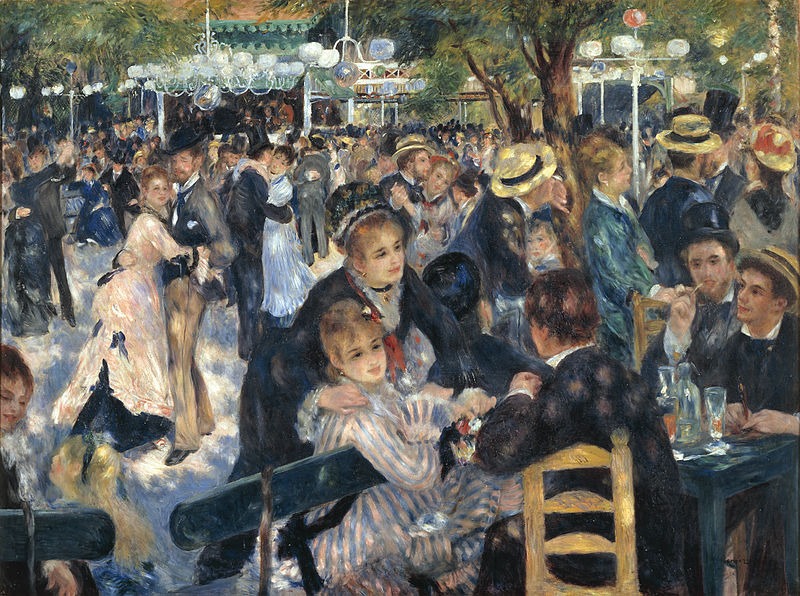 Still, there were dances and there were dances. Waltzing was considered most inappropiate in Regency times, allowing for far too much body contact between him and her. Sort of amusing, I find, given that a waltz is … sigh… so utterly, wonderfully romantic (unless the bloke keeps on treading on your feet). The tango was long viewed as borderline solicitation. A good tango is hot – and steamy. Passion leaks out of the ears of the dance partners, eyes throw darts, legs do battle. Not at all romantic, too much sizzle, too much potential future heart-ache. And then, dear people, came rock ‘n roll, and all the worried mamas in the world threw their hands up in the air and bemoaned this utterly hedonistic dance. What would it do to their young daughters, and where would all this depravity end? They had clearly not heard of disco, had they? 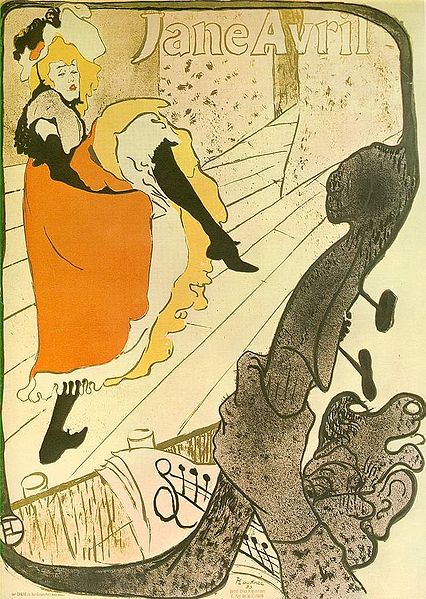 As a student, I partied. And danced. While totally in love with my future husband, he did have the drawback of two left feet, so I would now and then partner up with Mr Ballroom Dancer, and we’d rumba and samba and generally wipe the dance floor. At times, all this dancing caused far too many tingles down my back, too many blushes and simpers, which was when Mr Future Husband would come stalking across the floor and rather curtly tell Mr Ballroom Dancer to move on, as he would be doing whatever dancing remained to do. Generally slow dances, very slow dances where it doesn’t matter one whit if you’ve got two left feet, because it’s all about being held very close, about hands in the small of your back, lips that whisper things in your ear. Aaaahhh… those were the days.

I still dance a lot. Most of it is in private, with me bounding about the apartment to the inspiring sounds of “It’s raining men” or “September” or… Now and then, I waltz and foxtrot, a kitchen towel my acquiescing partner.  I do moves, people. I put on Saturday Night Fever and imitate John Travolta, go all weepy at “How deep is your love” and (it is a tad boring to do slow dances with a kitchen towel) decide to do some Puttin’ on the Ritz instead.

I actually dance quite a lot at work as well. (I see an eye-brow or two rising in mild surprise) Well I do. When in need of a good think, I’ll close my door, put on some music and dance. Works every time. Now and then, I dance for the people at work. Short snatches, no more – I don’t want to shock them permanently with my dancing skills – mostly at their door. It makes most of them grin. Some regard me as an outer space alien. One of the benefits of being the CFO is that I don’t need to worry about the space alien tag – guess who controls the purse strings, huh? 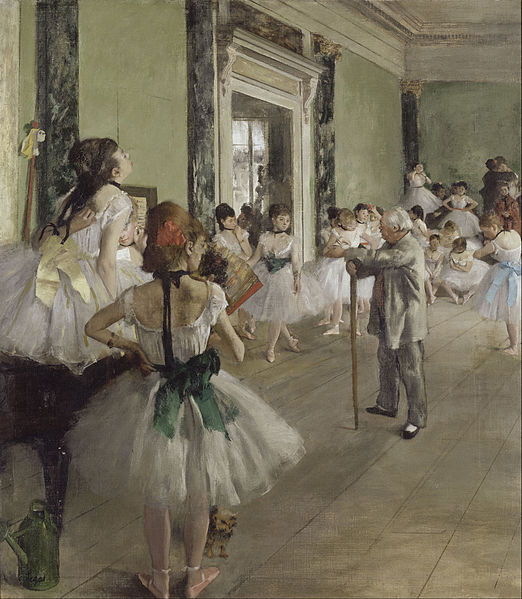 My kids have always seen me dance – and joined in. We’ve gone wild and crazy in the kitchen doing our own routine of Shall we Dance from The King and I, we’ve danced in the sitting-room, in the hallway. Pointer Sisters, Spice Girls. Mark Anthony, Shakira – we’ve shaken hips, people. Which is why it came as something of a shock when the youngest of our children one day came strutting in with his arms held rather stiffly, forearms at right-angles with his upper arms, hands dangling at waist level.
“Look, Mamma,” he said, “I’m doing your dance, see?”
“My dance? I don’t dance like that!” Definitely not. I move my arms, I don’t transport them across the floor as appendages.
“Yes you do,” traitorous eldest son put in. “You look just like a Tyrannosaurus Rex when you dance.” He joined his brother on the kitchen floor, moving along to something playing on the radio. Hips moved, feet moved, arms dangled.
“I do not!” (I must admit to squeaking. But I was terribly, terribly hurt)
Second son gave me a hug. “Yes you do. But never mind, we love you anyway.”
Huh! At that precise moment, I didn’t love any of them. At all.

Despite this horrible calumny, I still dance. And I DO NOT resemble a Tyrannosaurus Rex. No way! To paraphrase one of my favourite songs “I flit, I float, I fleetly flee, I fly”. No stomping about with dangling arms, not me. Now why do I hear all four of my kids laughing? Best be careful, sweeties, or mama may just decide to cut back on prezzies for the foreseeable future. Remember who controls the purse strings, okay?

1 thought on “From ballroom dancer to Tyrannosaurus Rex”