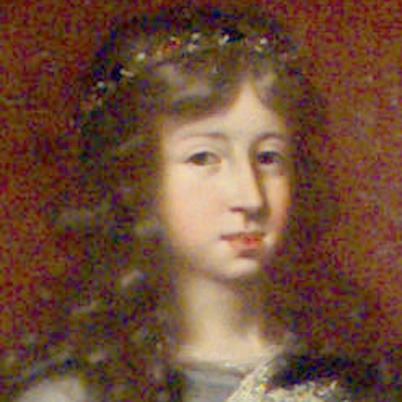 Behold this fragile, angelic child. A girl? A boy? Difficult to tell at first glance, isn’t it? One imagines a child rushing through sunlit meadows, arms outstretched to touch the high grasses that surround it. A high, pealing laugh, those golden curls bouncing as the child increases it speed, making for the welcoming arms of its mother – or maybe those of his father?

Not that little Karl XI ever had the opportunity of developing a strong relationship with his father. Karl X Gustav died at the young age of 38 due to a mistreated pneumonia, and a child of 4 was suddenly the king of Sweden. Just like that, the golden days of childhood were over, because a king, no matter how young, quickly learns duty comes before pleasure.

Further to this, little Karl grew up hearing the panegyrics of his dead father, the wily king who invaded Denmark from the south, shocking the Danes by hazarding to cross over the ice between Germany and Denmark. For a Swedish prince, the Danes were the hereditary enemy (a bit like the English and the French) which makes it a bit difficult to understand why the Swedish and Danish royals so often married (a bit like the English and the French) Anyway; raise a boy – no matter how angelic his visage – on the stories of his hero father, and his martial great-uncle, Gustav II Adolf, and you have a young warrior in the making. Add to this a turbulent political situation, a boy desperate to free himself from his mother’s apron strings, and you have quite the belligerent young warrior.

As Karl XI grew to manhood, the Swedish Empire assembled by Gustav II Adolf, further enhanced and fortified by Karl X Gustav, was crumbling around the edges. It was never the stablest of constructions to begin with – empires built on violent invasion alone rarely are. The Swedish Army was feared and hated through most of Europe, but ultimately there were not enough Swedes to defend these new extensive territories. For three generations in a row, the Swedish peasantry had offered up their young men to the army, but by the late 17th century it was becoming more and more difficult to raise more men. Plus the Danes were on the move, eager to regain all those territories they lost in 1658. What better time to do so than when the opposing king was a boy just out of smocks?

Karl XI’s council were very jittery when it came to the Danes, and in an attempt to avoid war, they negotiated a marriage between Karl and Ulrika Eleonora, younger sister to the Danish king. The Danish king hemmed and hawed, giving the proposed marriage his initial blessing only to recall it some months later, in 1676, when his troops were ready for war, chomping at the bit in their eagerness to tear the hated Swedes apart. And anyway, why should they marry their princess to that Swedish sad excuse for a king, as yet too young to need to shave more than once a week? (Karl XI was 20 at the time, but he doesn’t seem to have been the hirsute type) 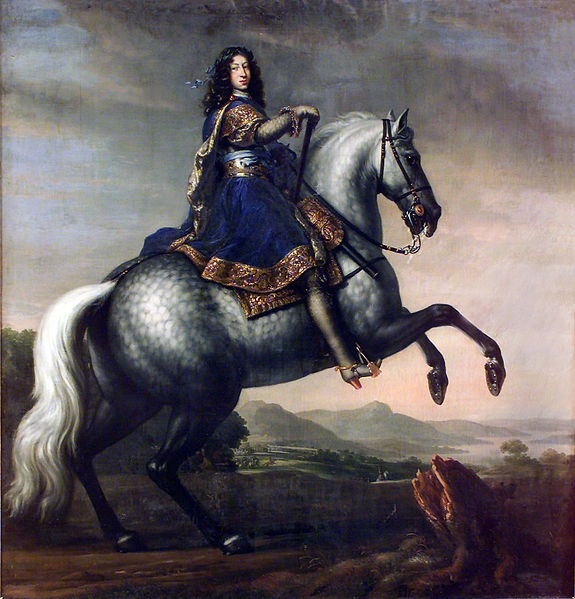 Let’s just say that the Danes SERIOUSLY underestimated Karl XI. The young king was brave, resourceful and had clearly inherited his father’s capacity for strategic thinking, as demonstrated at the Battle of Lund, one of the bloodiest battles ever fought prior to the tragedies of the 20th century. At the time, the Danes had the upper hand, having walked victorious through most of the south of Sweden. City after city fell to the Danes, and Karl XI was forced to retreat…and retreat…and retreat. Until Lund, that is.

Today, Lund is a university town, situated some miles inland. Back then, it was a rather insignificant place, famous for its impressive cathedral and not much else. Originally founded by Danish kings in the 10th century, it had become Swedish a mere decade or two prior to the Battle of Lund, and as the seat of Denmark’s first archbishopric (dating back to Lund’s foundation), the Danes wanted Lund back, and as November of 1676 shifted into December, the Danish troops in the south of Sweden converged on Lund, preparing for a final decisive battle that would once and for all restore the former Danish dominions to the Danish king.

Karl XI was determined to hold on to Lund. Problem was, he was camped north of Lund, with the Danish army between him and the town. Karl decided to attack in the middle of the night, but the surprise element got lost due to all the fences that proved difficult for the Swedish troops to clamber over without attracting attention. Instead, Karl rode for Lund, wanting to reach the town’s high ground before the Danes. 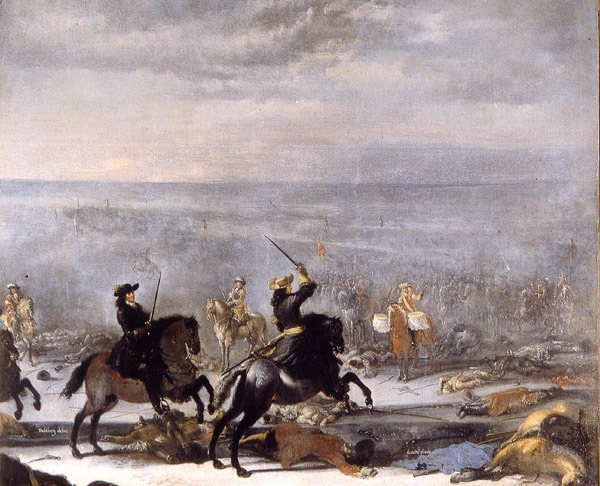 Christian V might have been Danish, but he was definitely not stupid, and he had no intention of giving Karl the advantage of controlling the higher ground. So he set his 13 000 men moving at speed, making for the same hill Karl was aiming for.

The two armies clashed just after eight in the morning of the 4th of December. It was touch and go who would win, things taking a decided turn for the worse when young Karl charged off in pursuit of the fleeing Danish cavalry, leaving his main army to face the brunt of the Danish forces without him. (Makes one think of the soon to be Edward I,centuries before, setting off in pursuit of his enemies at the Battle of Lewes, thereby leaving his father, Henry III, unprotected against Simon de Montford’s army. Ah well, neither here nor there…)

Fortunately for the Swedes, someone caught up with our gallant king and he immediately called together his cavalry and returned to the main battlefield, thereby plunging the final nail in the Danish coffin – or coffins, given the staggering amount of dead. It is estimated close to 10 000 men died that day, of which 70% were Danes. A  further 2 000 (Danes) carried off in captivity. 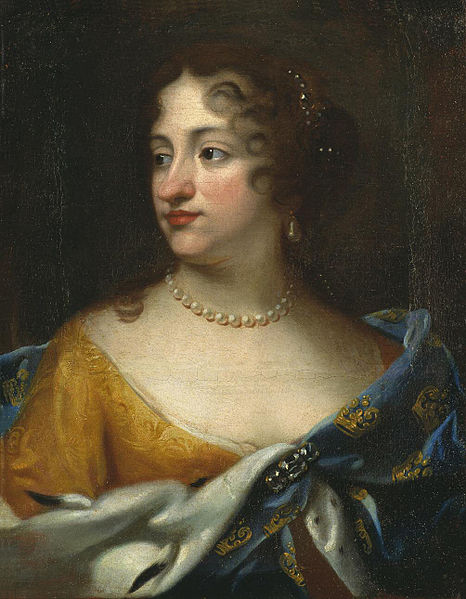 Unsurprisingly, the Danes sued for terms not long after, and the Danish king was suddenly more than thrilled to wed his sister to this paragon of military valour, Karl XI. The Swedish hero-king was less enthused, muttering that the bride lacked in looks. Poor Ulrika Eleonora began married life at a disadvantage, but her sweet temperament and genuine goodness soon had her Swedish subjects forgiving her for the terrible faux-pas of being born Danish, and by the time she died (very young) she was universally loved – even by her husband, who rather belatedly seems to have realised just what a pearl of a woman his wife was. 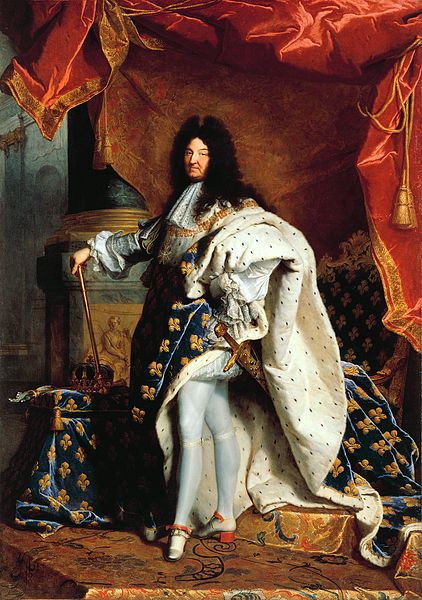 Despite his martial qualities, Karl XI was to direct his considerable energies to other matters for the rest of his reign. He revamped Sweden’s administrative systems, brought stability to the sick Swedish finances and implemented an absolutist monarchy – this inspired by Karl XI’s hero, Louis XIV. Well, maybe hero is pushing it, as Sweden and France were not always the best of friends, but the Roi Soleil was much admired for his court, his grandeur, his power, his mesalliances, his wit, his intelligence – in brief, for being wonderfully FRENCH, in an age when France was perceived as the coolest of the cool. After all, why emulate those dour Dutch, when the French swaggered by in bright silks and velvets, cuffs and necklines frothing with lace?

I suspect Karl XI was jealous of his French counterpart. Here he was, stuck in a dark and cold corner of Europe, ruling over a country that was large but very poor, and there was Louis, feted as the most powerful man in Europe. This is probably why he started muttering about the Star from the North (being him), a Protestant and less flashy counterpart to that frivolous old fart in Versailles. Louis, I believe, snickered in his damask sleeve, not caring one whit for the opinion of this faraway king. Ultimately, of course, Louis won on all counts – if nothing else because he lived a nice long life, while Karl XI, just like his father, was destined to die while still relatively young, only 44.

A fatherless boy grew to manhood, married and died young – leaving yet another young Karl as king. And that young boy would grow up to become the most famous of the Swedish martial kings, so famous in fact, that Voltaire would write his biography. Unfortunately for Karl XII, his star was destined to be eclipsed by that of Peter the Great, Tsar of Russia and nemesis of the Swedish Empire. But that, dear people, is the matter for a future post.

2 thoughts on “The Star from the North”