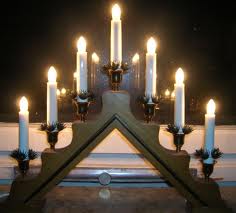 Tomorrow is the first Sunday in Advent. Even if one had no idea it was, it would be difficult to miss this is a big thing in my home country, as window after window is decorated with the ubiquitous Christmas electric candelabra. Candles – or light in general – are a major component in Swedish Christmas festivities, causing a number of serious fires each year as people forget to blow out their live candles when they leave the room.

Tomorrow, Swedes will flock to the churches. This one Sunday during the year has us Swedes turning out en masse, all of us eager to participate in the celebration of the Church’s New Year. Eh, what? Yup, people, the first Sunday in Advent is the first Sunday in the new religious year, having been preceded by the rather depressing “Doom’s Sunday”. Now, people don’t cram themselves into churches tomorrow out of any major religious fervour. No, this is all due to TRADITION. We go to church to sing the hymns we’ve grown up with, and we do NOT like it when progressive ministers decide to introduce new songs on the first of Advent. We grow sullen and mute, shuffling out feet in silent protest. Generally, the priest and the cantor are wise enough to stick to traditions, and so we can all inhale and belt out songs we’ve sung since we were three but never really thought about. 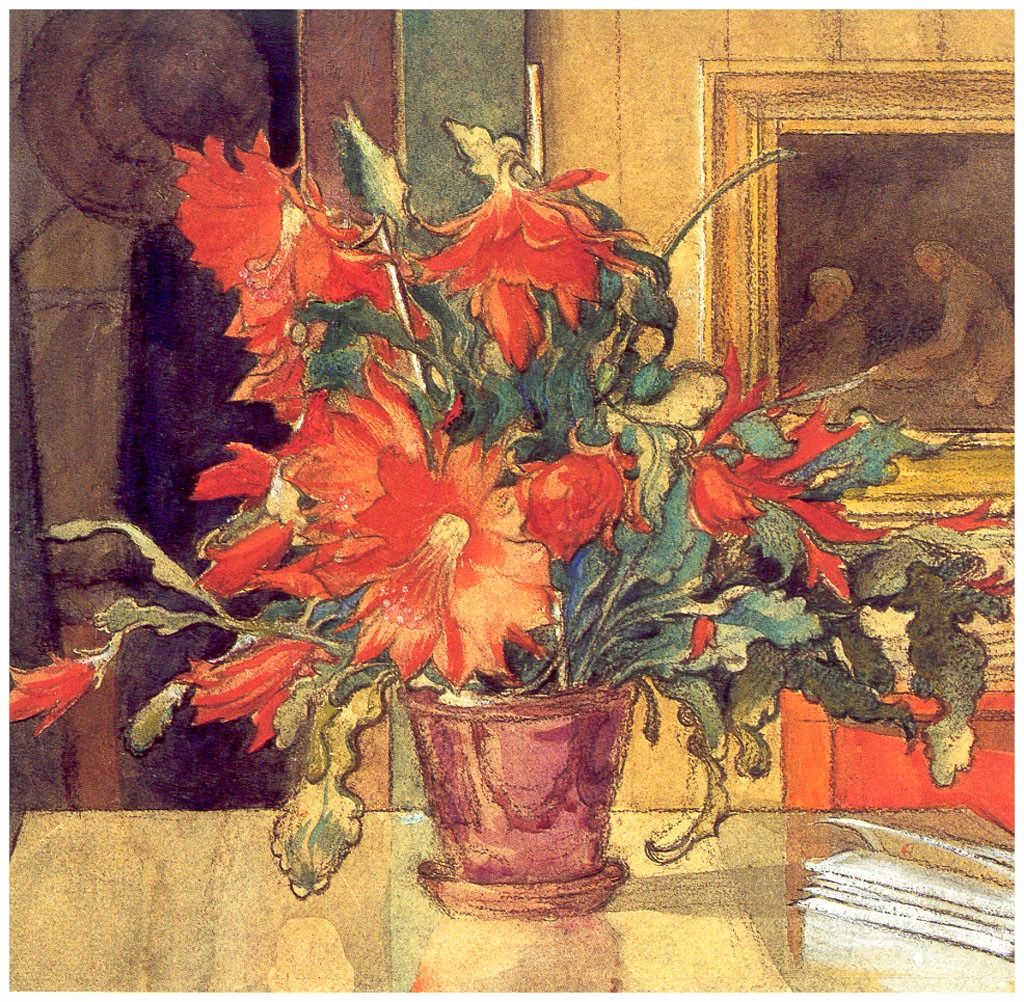 Take for example one of my favourite Advent hymn “Make way for the Lord” (In Swedish “Bereden väg för Herran“) In this hymn, the second verse states that we should spread palm fronds and cloaks before Him, to make his path smooth as he enters Jerusalem… Hang on a minute; Jesus enters Jerusalem prior to his crucifixion, right? And here was I thinking Advent was a countdown to his birth. Very confusing, especially as the set text for the first Sunday in Advent is all about Jesus entering Jerusalem, i.e. he’s an adult man riding towards his rather unpleasant destiny.

So how does this go together with Christmas. Well, apart from the obvious connection that Jesus had to be born to be able to die, I’m not quite sure I see any, but then there are a number of such rather confusing date collisions in the Bible, like the slaying of the Innocent on December 28th, in which Herod had all boy children in Bethlehem killed after having heard from the wise men that they’d just visited with a baby boy, destined to be king of the Jews. Except that the three wise men didn’t make it to Jesus in his manger until Epiphany, which is in January… It makes my head ache. 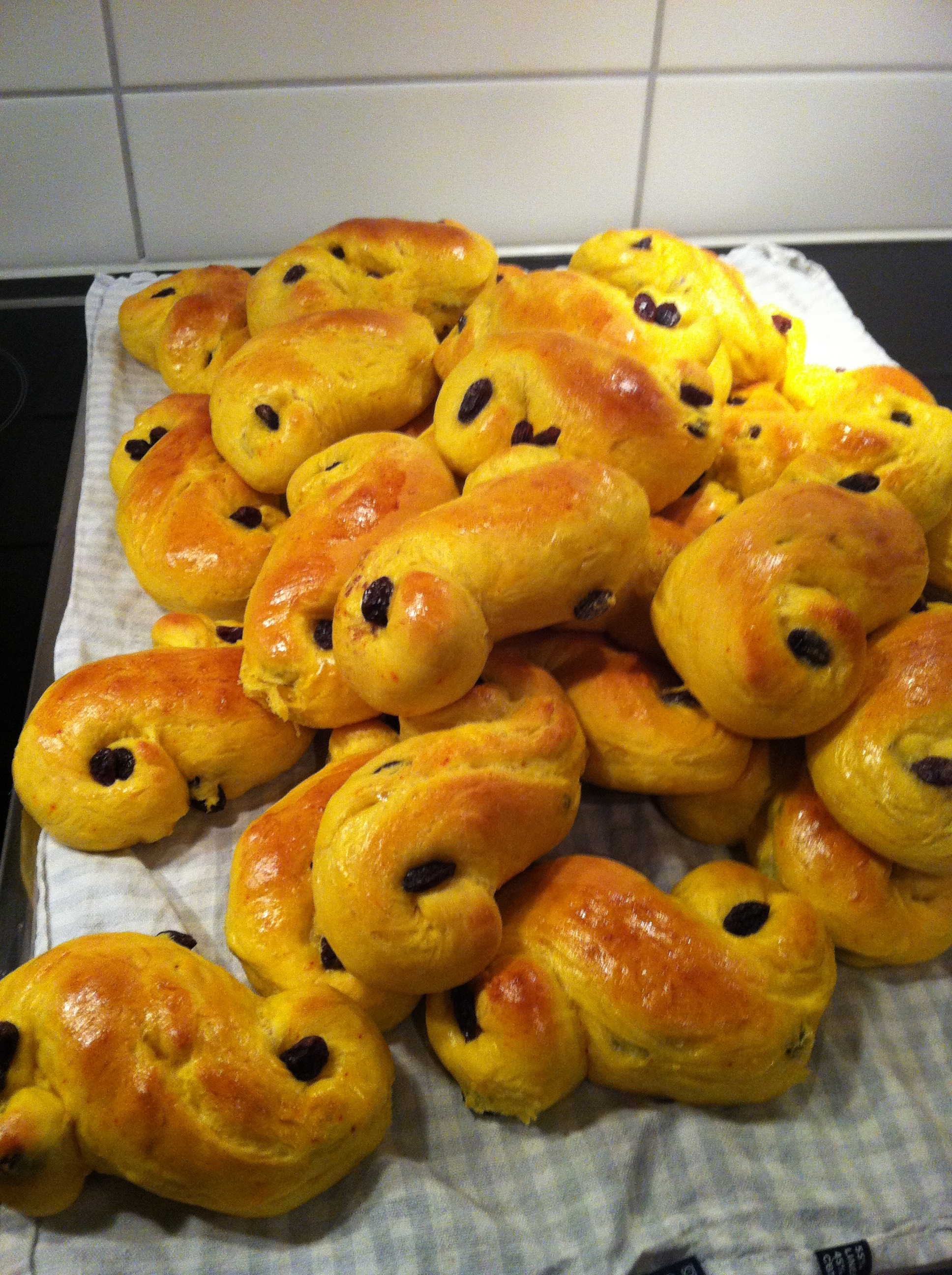 Anyway, once we’ve done the church thing, it is time for more candles, hot chocolate, gingerbread biscuits and saffron buns. We call them “lussekatter” (Lucifer’s cats), which has a nice Christian ring to it, right? Actually, the buns are baked in the shape of the devil’s cat (primitive figures of eight) so as to absorb his evil and keep us safe. Just to make sure, we then eat the bun…can’t beat that approach to combating evil.

Personally, I am mostly thrilled by the fact that as of tomorrow it is only three weeks until the year turns. Three more weeks of shortening days (it’s not as if they’re anything but short already now, but they will get even shorter before we’re done) before we finally re-tilt the globe so that the sun will find us again. Can’t wait…

I am prepared for tomorrow. My buns are baked, my candlestick with four Advent candles is standing on the table, I have whipped cream to go with the hot chocolate and the house smells nicely of clean floors. Now I just have to find the energy to get up bright and early and make it to church in time to nab a seat. After all, I don’t want to stand for the whole service!

Happy Advent, everyone. And don’t overeat on those devil’s buns, okay? Too much baked evil may cause indigestion.

And here is my absolute favourite Advent song!

2 thoughts on “Hosannah, here he comes!”