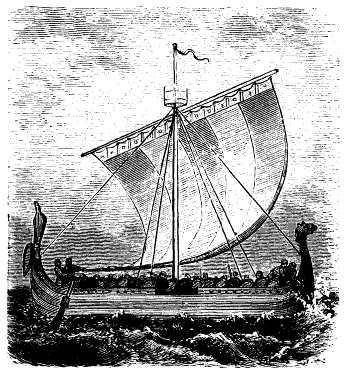 Recently, I have come to suspect that many people up here in the cold grey north are overdosing on “Vikings”. For those of you that don’t know, this is a TV series (deliciously full of historical errors) starring Travis Fimmel as Ragnar Lodbroke (Ragnar Hairy-Breeches – wonderful name). Now, it is as obvious as the day is bright why the female population can’t get enough of Travis (a younger, edgier version of Brad Pitt. No more needs to be said, right?) but clearly our handsome male lead is having something of an impact on the younger male population as well.

In the series, Travis Fimmel sports a rather unique hairdo, with shaved sides and a thick braid (or slightly thinner braids) snaking over the top his scalp from front to back. His co-vikings have beards, long hair, braids, shaved sides, shaved napes – well, in general one can get the impression that hair was a big thing with male vikings. Come to think of it, I suppose it was – men have always been as vain as women, they just pretend they’re not.

Anyway, lately I have seen very many young men with partly shaved heads, with minimal braids and asymmetrical bangs. As if to compensate for the loss of hair on their heads, many of these young lions also have vigorous beards (age-old fashion gimmick; compensating little hair with lots of beard) and these beards are often as meticulously braided and pimped as what little remains on top. I must admit that on quite a few, this all looks rather rakish – especially in combination with the high cheekbones of our Nordic men. But I am mostly curious as to how they keep those beards clean – do they shampoo them?

Allow me to let you in on a secret: Vikings didn’t use shampoo. Not much soap either, truth be told. Nor was it all that prevalent to shave your head – unless you had a major lice issue. Yes, they probably braided their hair to keep it out of the way when they went all wild and crazy on the battlefield. (Berserk comes from “barsärk” which means “without your shirt”, and apparently the wilder among my viking forebears felt it was a good idea to leap into battle half-naked. Actually, those men are probably NOT my forebears – they died pre-procreation, so to say…)

Vikings had beards – mostly because it was difficult to shave and trim your moustaches while on a boat aimed for England, there to loot and pillage. Some vikings had stylish beards – Sven Haraldsson of Denmark had a distinctive enough beard to give him his nickname,Svein Forkbeard. However, Svein would protest loudly at being called a “viking”. He was a Christian – well, sort of – king, a conqueror of lands, an empire builder. I’m sure the Anglo-Saxons agree… But most vikings seem to have equated being “home from the sea”with a long overdue visit to the bathhouse and a close encounter with the razor, i.e. they went about relatively clean-shaven – alternatively sprouted something bushy and unkempt.

The really fashion conscious vikings – especially those on Gotland, a large island in the Baltic sea – went in for teeth art. What they did was to drill holes in their teeth and fill the cavity with contrasting colours – often black. (This was painful. Men who did this were showing the world they could take the pain. I wonder if it made their women swoon or groan with exasperation…) Some dyed their teeth entirely black, and given the dental hygiene of the times this had the benefit of disguising rotten teeth as fashion statements.

In “Vikings”, the more well-built among the vikings have a tendency to wander round in sleeve-less, rather tight jerkins so as to display their physique. Very nice, to be sure, but somewhat inexact. The TV series is shot on Ireland. While Ireland may at times be very, very wet and windy, it is rarely cold. Up on our Scandinavian shores, wandering around in only a vest, no matter if in leather, would lead to a lot of goose-flesh, which is never attractive. Ergo, our long-ago forefathers would prefer something with sleeves.

So there you have it people: the viking male probably sported long hair, untidily gathered in a pony tail or a braid. He might (or might not) have had a beard, but this facial decoration would probably not have been all that elegant. Instead of a tight, revealing leather jerkin, he would wear a shapeless tunic over a longer shirt, tightened round the waist with a belt. Years of rowing, of toiling on his little plot of land, would have left him with very strong arms and a somewhat rounded back. The odd raiding injury probably had him limping, or favouring his left side. And no, he would NOT have a horned helmet.  Ice-blue eyes under bushy brows would look you over with mild curiosity – well, they would sharpen into earnest interest should you be wearing expensive jewellry or look healthy enough to breed with. And if he wanted to go that far, all he had to do was smile and display his gorgeous, blackened teeth for you to drop like a ripe fruit into his hand. No? What, you don’t like blackened teeth? Or is it the messy hair, the distinct impression of something crawling up his braid that puts you off?

Obviously, someone found these men attractive – otherwise us Scandinavians wouldn’t have been around anymore. But me, I much prefer young Travis Fimmel, with or without hair. Having said that, I lift my eyes from my keyboard to glance at my very own viking, sitting only metres away. Blue-eyed and blond, but no beard, no braid, no tight leather tunic. But mine – with the added benefit of having very white teeth… Phew!