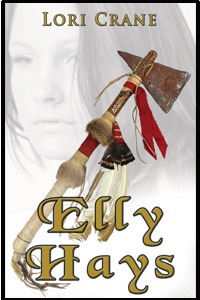 I am very proud to be hosting Lori Crane on my blog today. For those of you who have as yet not made acquaintance with Lori’s books, I must say you are in for a major treat. This lady knows how to write – and even more, she writes about her own ancestors in various epochs of US history. (Having said that, the hero/villain of The Legend of Stuckey’s Bridge is NOT related to Lori. Probably a very good thing – despite the excellence of that book.) I have recently finished reading Elly Hays, and am yet again amazed by the characterisation, the excellent dialogue and vivid descriptions. But hey; those are Lori’s hallmarks, and so, without further ado, I turn you over into her capable hands. Enjoy!

In the years leading up to the War of 1812, the British had been limiting America’s trade with Europe. The Americans were less than pleased with the restrictions, but this wasn’t the solitary action that led to war. At the time, the mighty Royal Navy ruled the seas, and it had more than tripled in size due to an ongoing war with France. They needed more sailors, so they captured American merchant ships on the high seas and force American sailors to join the ranks of the British Royal Navy. This impressment caused deadly power struggles in shipping ports like New Orleans. 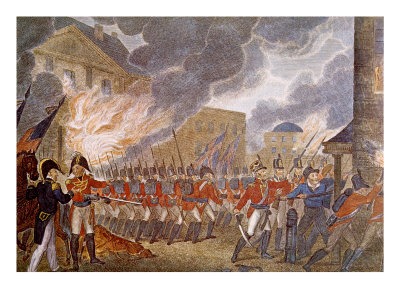 The War of 1812 is historically referred to as the “Second War for Independence” in America. It was the battle for boundaries and identity for the Americans, and it took place on three fronts. The first two, you may be familiar with, but the third is a little more obscure.

The first front was fought on the America-Canada border. The Americans considered Canada to be prized land and wanted to own it, but the British wouldn’t allow that to happen. It would cut into their lucrative fur trade. These battles took place around and on the Great Lakes in places like Fort Detroit and on Lake Erie. 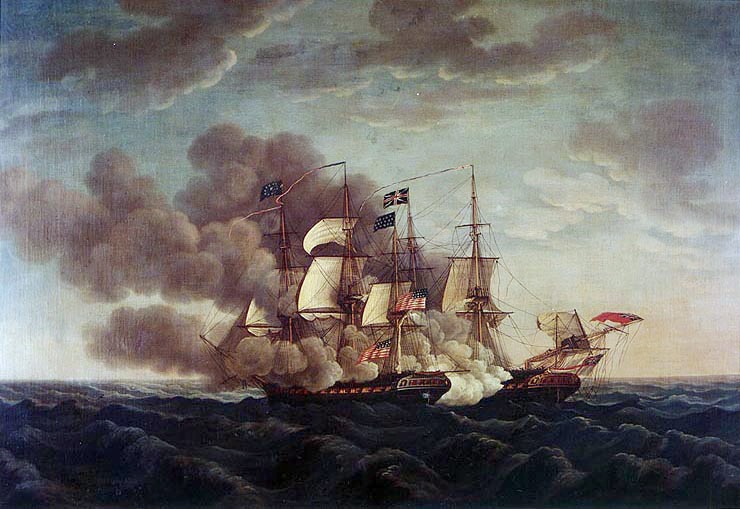 The second front took place on the high seas and the coastal cities of America’s eastern seaboard. Battles that burned Washington D.C. to the ground and destroyed Fort McHenry in Baltimore, which inspired the lyrics for “The Star-Spangled Banner,” are some of the most famous. 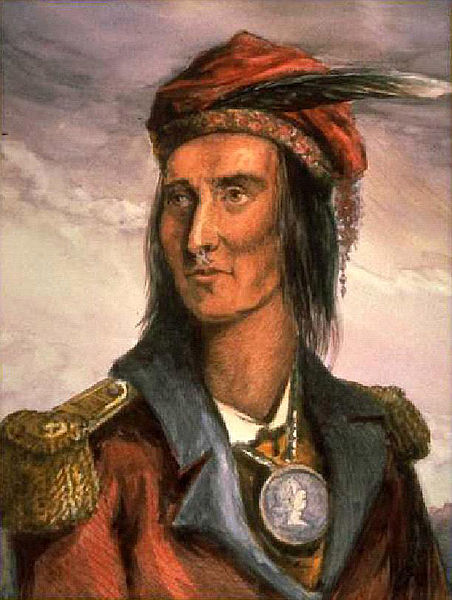 Shawnee warrior, Tecumseh, was but a child when he witnessed his father brutally murdered by a white frontiersman. His family moved from village to village and witnessed each destroyed at the hands of white men during and after the American Revolution. As a young teen, following the Revolution, he formed a band of warriors who attempted to block the expansion of the white man into the Ohio Valley, but the effort saw no lasting result. Conflict with the white man was a battle he had fought all his life, and as a warrior in 1811 in his early forties, he knew the stakes were high for the Indians in the coming battle. He traveled the south, enticing the numerous Indian nations to unite against the white man, offering help from the British in the form of weapons and ammunition, and proposing the reinstatement of the Indian’s lost lands upon victory.

In the eastern Mississippi Territory, which later became the state of Alabama, the Creek Indians were divided by the prospect of fighting the white man. Many Creek villages had been trading with the white man for years and participated in civilization programs offered by the United States government. They had been taught the ways of the white man. They spoke English, could read and write, and even incorporated the white man’s tools into their daily lives. Many had married whites, and they did not want to join Tecumseh’s cause.

In opposition, many villages joined with Tecumseh, knowing the white man’s ways would destroy their culture. They had witnessed the white man encroaching on their lands, destroying their forests and villages, and polluting their streams. And more than likely, some suspected the white man’s intent was not co-existence but domination, for they had seen this come to fruition in the treatment of the black slaves. 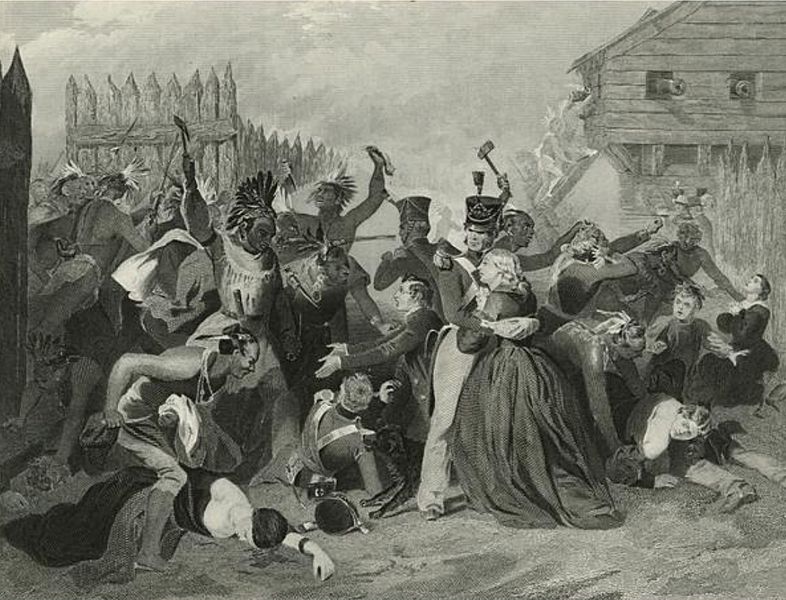 In 1811 and 1812, tribal tensions grew due to these political differences, and this caused a civil war in the Creek nation called The Red Stick War, and by 1813, it had expanded to include the American frontiersmen and the U.S. government. At the height of the War of 1812, the Creeks were in conflict with nearly everyone, including their own people.

It was in this turmoil and unrest that a white farming family moved from their home in Tennessee to the fertile farmlands of the eastern Mississippi Territory, a place known today as Clarke County, Alabama. Elly Hays, her husband, and their eleven children, excited by the prospect of a bright future, had unknowingly moved into Creek territory—into the middle of a hornet’s nest. 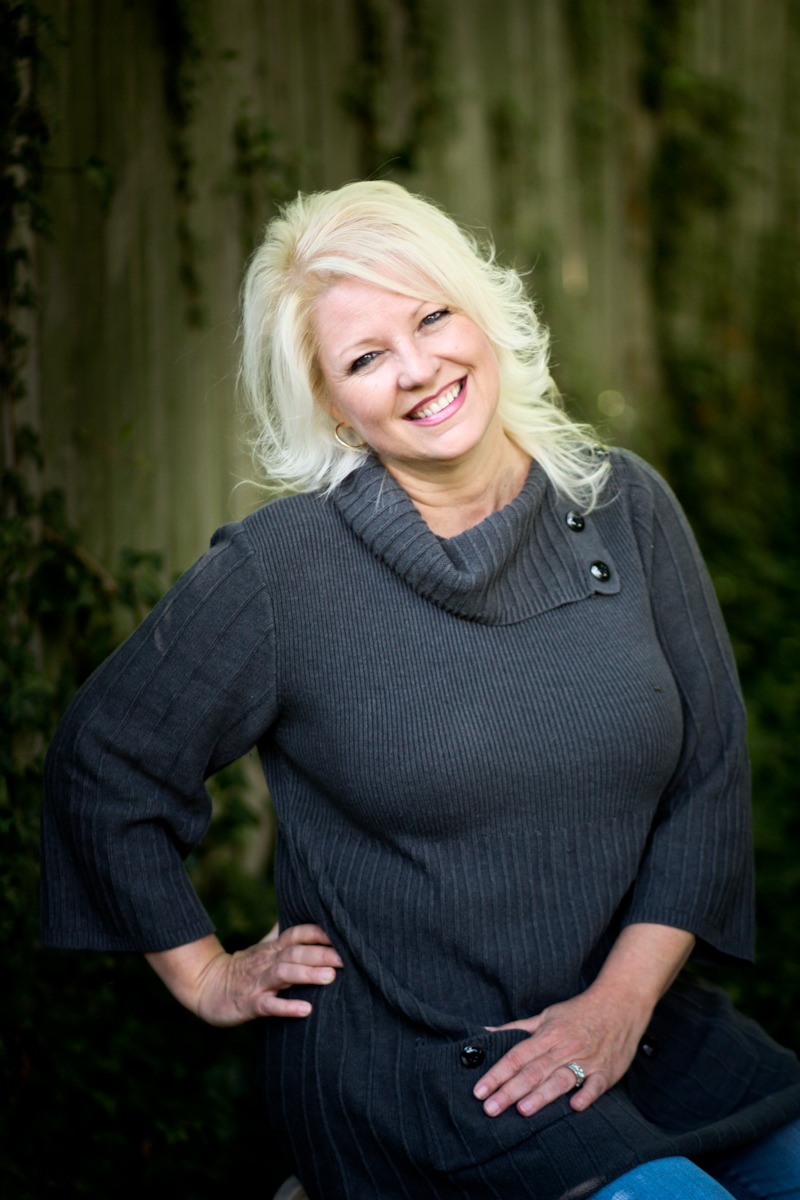 “Elly Hays” is the story of my fifth great grandmother and is the third book in the Okatibbee Creek series. The first is “Okatibbee Creek” followed by “An Orphan’s Heart.” They are stand-alone stories and do not need to be experienced in order.

“Elly Hays” is the epic saga between a fearless warrior with nothing to lose and a young mother on the verge of losing everything.

5 thoughts on “Welcoming Elly Hays – five generations down the line”