When we came up to our country house this weekend, the apples were gone. Puts väck, as one says in Swedish. Where only last week our two apple trees had bowed under the weight of the as yet unripe but beautiful winter apples, now they stood denuded, not as much as a single apple on the trees or the ground below. 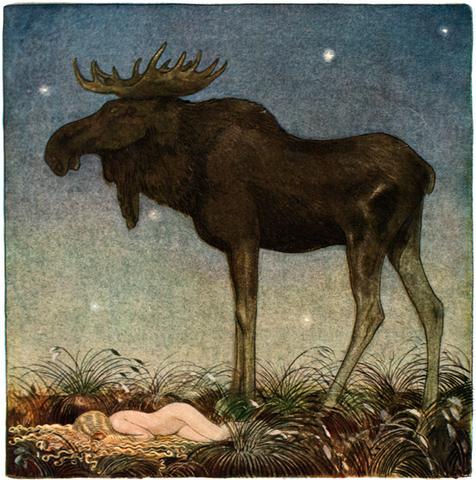 We knew immediately who the culprit was. Only a truly tall animal can reach all the apples, and as we don’t have any wild giraffes in Sweden, our thief must be a moose. Not that I begrudge Mr Moose the apples, but couldn’t he at least left us enough to make one little apple pie? I comfort myself with the fact that it was probably a good thing he came now, when the apples were tart and crisp. A couple of weeks later, and the first few nights of frost would have concentrated the sugar content in the apples, converting the fruit into an edible and primitive form of calvados. Having a moose visit your garden occasionally is okay. Having a drunk moose staggering around, is anything but fun. 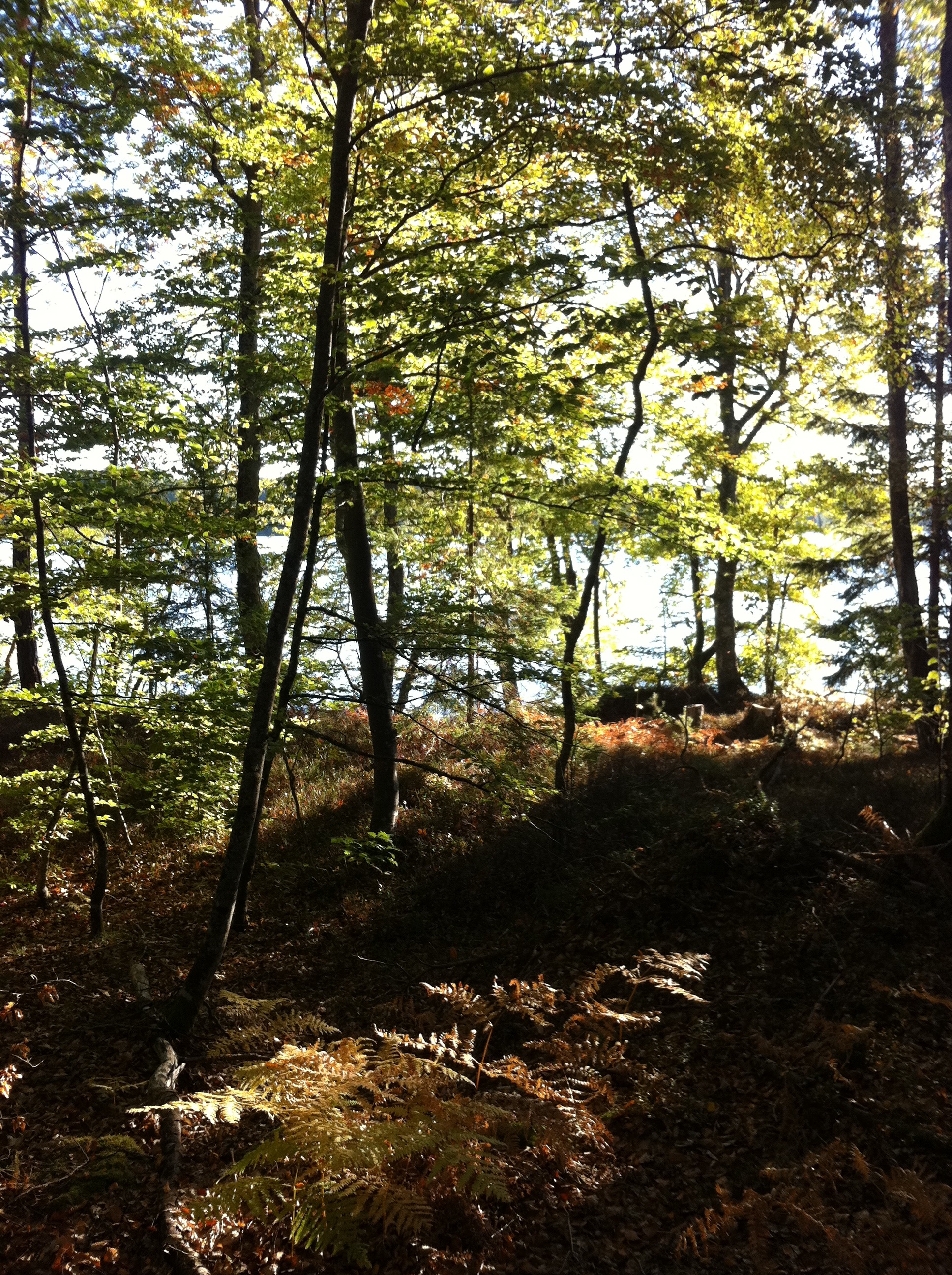 We took a walk through the nearby woods this morning, eyes peeled for a glimpse of the elusive moose. We found plenty of tracks, but did not see as much as a hair of the actual beast. Given its size, it’s quite impressive just how invisible they are. But then again, the surrounding woods are relatively thick, the ground is carpeted by half-rotting leaves that dull any sound, and when the sun filters through the leaf canopies overhead, it plays tricks on your eyes, causing shadows to dart across your field of vision. Suddenly, you’re not sure what you’re seeing and what you’re imagining, but surely that dark shape over there is more substantial than a shadow, and I can swear I hear somebody laugh. Softly, a muted teasing sound that fades away. Like a ghost, drifting away like morning mist when the sunlight clears the nearby shrubs.

These woods probably have their fair share of ghosts. Shades of long-gone men, restless souls that roam the woods, calling to each other in antiquated Danish.
“Danish? Aren’t you in Sweden?” you might ask. I most certainly am, but these men had no reason to love the Swedes – and even less to speak our language.

Our country house is situated in the south of Sweden. It has always been a land of plenty, with fertile soil and a gently sloping landscape. It also has good natural harbours, access to both the Baltic Sea and the North Sea, it has salmon, it has deer (and moose). As a consequence, Denmark and Sweden have fought over this area for centuries. In 1658, the then Swedish king Karl X Gustav trounced the Danes, and in the subsequent humiliating treaty, the Danes were forced to relinquish the area to Sweden. 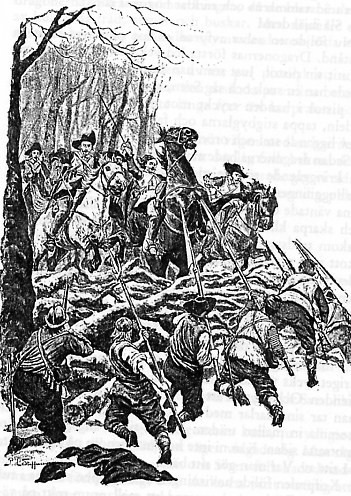 Obviously, the inhabitants were less than thrilled. Strange, isn’t it, how conquered people generally don’t accept their new lords? In this particular case, the new subjects of the Swedish king had grown up on a vitriolic brew of xenophobia directed at the Swedes. Most able-bodied men had at one time or another participated in raids on the Swedes, had in their turn been raided in retribution, had killed, seen their kinsmen be killed – in brief, a vicious circle of hatred that one doesn’t break overnight. Especially not when the Swedish government went out of their way to ram “Swedishness” down the throat of these former Danes… People were forbidden to speak Danish, their Danish priests were thrown out and replaced by good, god-fearing Swedish ones, Danish nobles were driven into exile, farms were summarily awarded to Swedish farmers, their previous owners deported to the Baltic states … well, nothing new really; invaders always ride rough-shod over their new, unwilling subjects, don’t they? 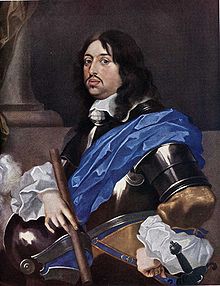 Sweden in the 17th century was a superpower – for less than a hundred years, but still. Us Swedes still hang on to the memories of those days when our great warrior king, Gustavus Adolphus, expanded the Swedish realm well beyond its present geographical borders. By 1658, Gustavus Adolphus had been dead for well over two decades, but his nephew Karl X Gustav was no mean fighter either, and his annexation of the former Danish provinces at the south of present day Sweden was viewed as no big deal. This king had bigger fish to fry, other states he wanted to pummel into submission. Unfortunately (for Sweden at least) this martial king died young in 1660, and in the resulting period of regencies, Denmark and its allies saw an opportunity to hit back.

In our area of present day Sweden, former Danish subjects took to the woods. Armed with their snaphance rifles, they slipped away into the dusky endless forests and initiated their own little guerrilla warfare on the Swedish invaders. For people unfamiliar with the terrain, the rebels were impossible to catch, laughing mockingly at their infuriated pursuers. Now and then, a rebel was captured, and these poor men were executed in the most gruesome of ways, after first having been adequately tortured. Some were nailed to the church doors, some were impaled on a pole, many were nailed to trees, or submitted to the horror of being “broken on a wheel”. None of them were allowed a Christian burial, their bodies left to rot. 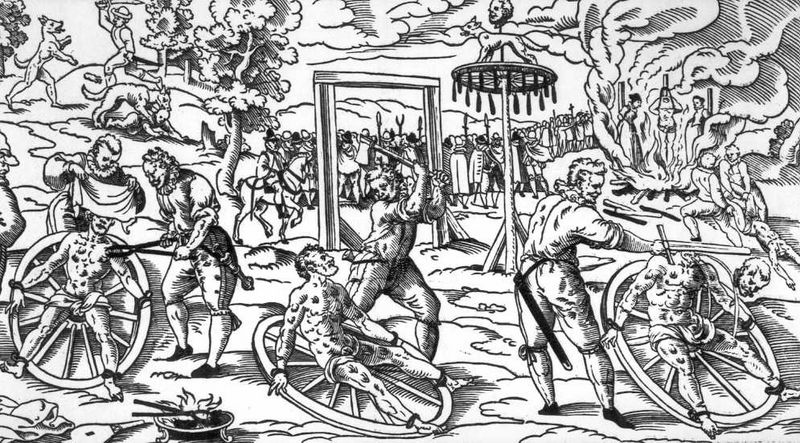 For the coming fifteen years or so, it was all very chaotic. Sweden was fighting on two fronts: internally, due to the rebels, and externally, as the Danes together with the Dutch attacked them. Large Danish armies were set ashore in Sweden, plundering as they went. The Swedish army suffered defeat after defeat, and the Danish king was doing his own little happy dance, quite convinced that any day now, the mighty Swedes would be forced to treat for peace, and boy was he going to make them pay for previous humiliations. 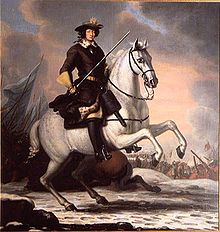 Enter the young Swedish king, son of Karl X Gustav. Yet another Karl, this young man had inherited all the martial genes of his ancestors, and in 1676 he led his forces to victory at the battle of Lund – very much due to an innovative use of the cavalry. 8 000 Swedes faced off against 13 000 Danes, and by the end of the day, almost 10 000 men would be dead, one of the bloodiest battles ever to be fought prior to the 20th century. And when the 5th of December 1676 dawned, Karl XI was left holding the field, the Danish army more or less crushed. 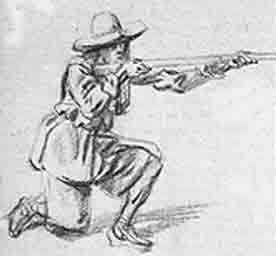 Not that our stalwart rebels took much notice. A heady mixture of Danish patriots and somewhat less patriotic brigands, they continued to hound the Swedish troops. The Swedes called them “snapphanar”, a derogatory term minted already in the first half of the 17th century, and encompassing any kind of armed ruffian or person stupid enough to rebel against the Swedish crown.

Our vigorous young king may have defeated the external enemies, but the internal enemy was still alive and kicking – not at all to His Majesty’s liking – and so in April of 1678, the order was given to eradicate the entire parish of Örkened as a warning example to the remaining rebels. All men above the age of fifteen were to be killed, everything of value to be seized, and the farms were to be burnt to the ground. Over four or five days, the order was executed, leaving a smouldering wasteland where before there had been flourishing fields and thriving villages. Not all that many were killed, as someone warned the inhabitants, thereby allowing them to flee into the safety of the woods – our woods, the woods that still dip and fold around our home, as impenetrable now as they were then.

Eventually, the displaced farmers were allowed to return home and rebuild their lives. By then, Sweden had a firm grip of its new territories, further strengthened by a new treaty in 1679. Also, two decades of sermons in Swedish, not Danish, of schooling in Swedish, not Danish, was beginning to tell. The young people no longer spoke Danish amongst themselves, they spoke Swedish – albeit with a singular accent that still survives to this day. 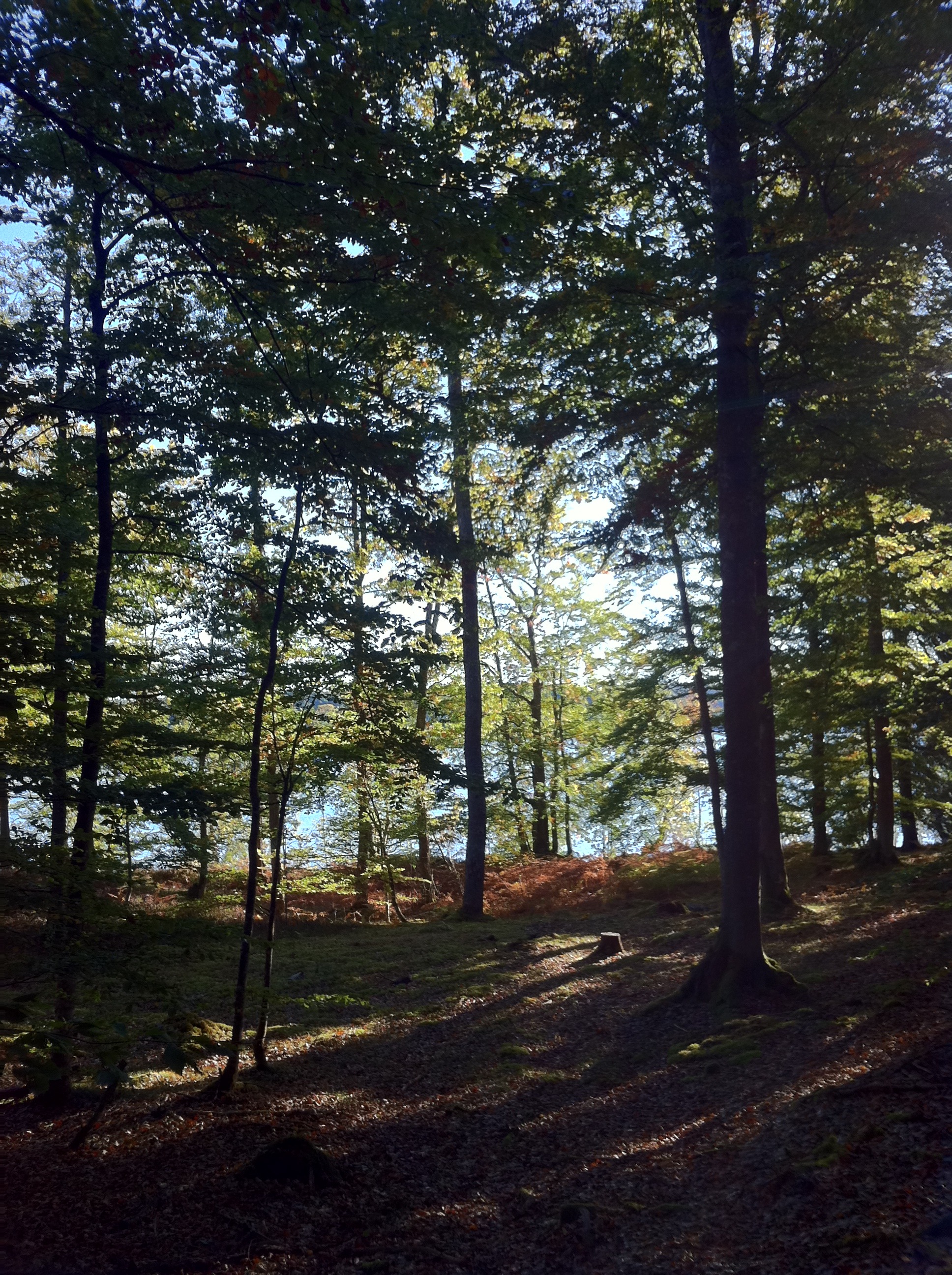 We stroll through the forests that surround our house, gawking at trees garlanded in moss and lichen, at oaks that are so huge they must have been around back then, when these woodlands offered refuge to the people fleeing the vindictiveness of the Swedish king. No wonder that now and then it seems to me I hear hushed voices, catch a fleeting impression of women and children huddled together over ineffectual fires. They were cold and dirty, they were hungry and frightened, angered at being forced of their land, desperate at seeing their lives uprooted, their men killed, their sons hunted like beasts.

These days, the forests are not inhabited by men. Instead the silent and mighty moose glides through glades and shrubs, detouring now and then to visit the nearby gardens and fields. Back then, the moose can’t have been all that enthused by all these skirmishes, all these enervating bipeds that encroached on their living space, disrupting the peace of the woods. Which is probably why their descendants feel fully entitled to my apples, a payback if you will. I’m not sure I agree, but I don’t mind. Besides, what can I do? it’s not as if the moose will much care if I tell him no, is it?

4 thoughts on “Of moose, apples and freedom fighters”