A year ago, I had published zero books. Today, I have published 3. Gulp, gulp, gulp. By now I should be relaxed about all this, but instead I go around in a somewhat feverish state, peek at amazon to ensure my book is there (it is), stroke the cover a couple of times and soothe myself with yet another cup of tea.

This my third book holds a very special place in my heart. While it’s the third installment in the Graham Saga, it is also the book that depicts the story that first drew me to the seventeenth century, namely that of the religious conflicts that dominated the times. One could argue that religion still causes a lot of conflict – sadly – but for Europe the 17th century is something of a deluge when it comes to religious conflicts, one war after the other staining the European map red with blood.

Ultimately, wars are rarely fought for religious convictions alone. Other interests coincide, and this was the case in Europe back then, how else to explain that catholic France bankrolled protestant Sweden’s war efforts? But for the people embroiled in the conflicts, for the peasants that had to flee the invading armies, who kneeled in the mud and prayed to God for deliverance from the terrible Swedes, it was far more personal that this. Not only was it a matter of losing wives, children, men and possessions to the war, it was also about the right to hold to religious traditions and beliefs.

At the centre of the conflict lay the Reformation – or rather the outcome of the Reformation. I don’t think Martin Luther really understood what future havoc he would cause the day he nailed his theses to the Wittenberg church door, but a hundred years down the line Europe was divided, with the northern parts leaning towards Protestantism and the southern holding to their ancient catholic beliefs. Not that things were that simple; Protestantism encompassed a lot of diverse opinions, ranging from the rather traditional Church of England to the somewhat more radical ideas that dominated the budding Quaker societies. (Many Quakers would, I believe, not consider themselves protestants. I use the term in its broadest sense.) 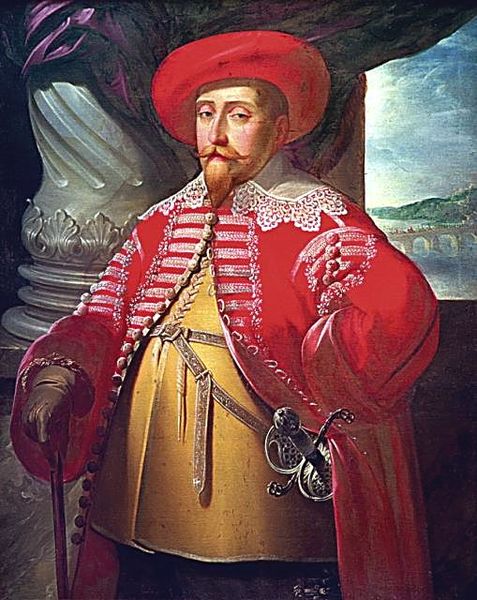 Whatever the case, in the north the young Swedish king, Gustavus Adolphus flexed his muscles and saw his chance. In the name of religion he set out on a massive war of plunder and conquest, and to this day the Swedes are remembered for their brutality in various parts of Germany and Poland. Gustavus Adolphus’ real aim was to create a Swedish national state, complete with state institutions, and the wars were an adequate way of financing his substantially more peaceful efforts at home. He also wanted to put his insignificant kingdom (and himself) on the map, which he succeeded with, although perhaps not in the positive terms he had hoped for. “The Swedes are coming, the Swedes are coming! God spare us from them, God save our children!” is not the best PR slogan, is it?

In The Prodigal Son we are not on continental Europe, and we’re definitely very far from Sweden! No, Matthew Graham and his time travelling wife, Alex, experience their share of religious persecution in Scotland – to be more precise in Ayrshire and the area around Cumnock.  A hotbed of Presbyterian fervour, Ayrshire (or rather its people) did not take kindly to the laws enacted by His Restored Majesty, Charles II. Suddenly it became mandatory to accept the king as the head of the church (anathema to the more hard core members of the Scottish Kirk) and all able bodied men were called to swear an Oath of Abjuration, whereby they reneged on their previous commitments to the Solemn league and Covenant (a rather dreary document that more or less imposed Presbyterian beliefs in the Commonwealth of England & Scotland – probably as disliked by the devout Anglicans & Catholics as the oath above was by the Presbyterians, but there you are; tit for tat.) 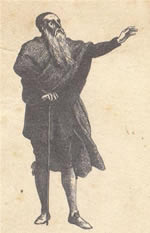 Some men, of course, chose to stick with their beliefs, paying nothing but lip-service to the Oath. One such man was – duh! – Matthew Graham, because no way did he intend to have a man with hair down to his arse dictate what he should believe in or not. Matthew had fought in the Civil War, was raised a devout member of the Kirk, and when his dear minister, Sandy Peden, called for his help, Matthew gladly complied – even if it meant putting himself and his family at serious risk.
“Not that serious,” Matthew protests, “I go right canny.”
Serious. Very serious. Consequences could range from being fined to being hanged – or deported.
“They’ll not catch me,” Matthew insists. “Not me or Sandy.”
Ha. Well, ultimately Sandy ended up on Bass Rock and…
“Not me,” Matthew interrupts.
“You don’t know that, do you?” I retort, waving my quill at him (He doesn’t understand computers). “I might decide to —”
“You wouldn’t dare!” Alex hisses.
Well excuse me, but who’s the author here, huh? And if Matthew Graham is stubborn enough to cling to his beliefs, then he must be prepared to pay the price – because there is a price, there always is. Alex pales when I say this, and I feel rather sorry for her, but there you are, actions lead to consequences.

In many ways, the bloody religious conflicts of the 17th century laid the foundation for the modern European societies. The Reformation brought in its wake an upsurge in literacy, as it became important for men (and women) to read the Bible themselves. Once people can read, they can start amassing information, with information comes opinions, and with opinions come convictions – convictions that ultimately would result in the Bill of Rights, a document that for the first time stipulated that all men (not so sure about the women – they were mainly considered appendages to their men) had certain undeniable rights. Not that Matthew Graham aspired to something as lofty as that; all he wanted was to be allowed to follow his conscience in matter of faith. Still, it was men like Matthew – just as much as the formidable men like Martin Luther – who ultimately  contributed to one of the more important building blocks of democracy – the right to believe and think for yourself.

In The Prodigal Son, Matthew Graham has to choose: his family or his faith, his beloved wife or his dear minister. Not the easiest of choices – and as I said, all choices come with a price.

(Oh, BTW: At present all three books in The Graham Saga are at a special promotional price of £12:99 for all three! Visit Troubador for more info)

7 thoughts on “… and then there were three.”