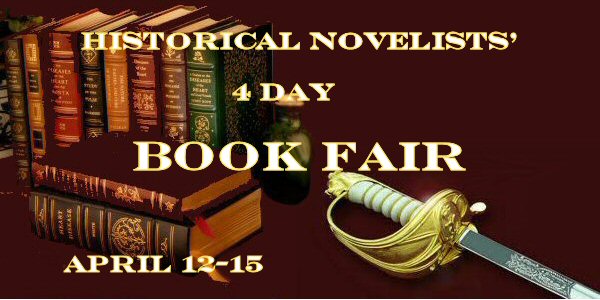 I find it somewhat amusing to see just how many authors of historical fiction are quite the savvy movers and shakers in the techie world of today.

Take dear Francine Howarth, who on her rather fabulous blog Romancing the Blog (and boy am I jealous of that snappy title) has taken the initiative to set up a Book Fair for historical fiction authors such as me – and more than forty others. PLEASE visit her blog and browse through the other participants. See it as an opportunity to hopscotch through history, because I can assure you the width of the books on offer is impressive!

Enough said about others, now I must – as per Francine – go into promotional mode and tell you about me! 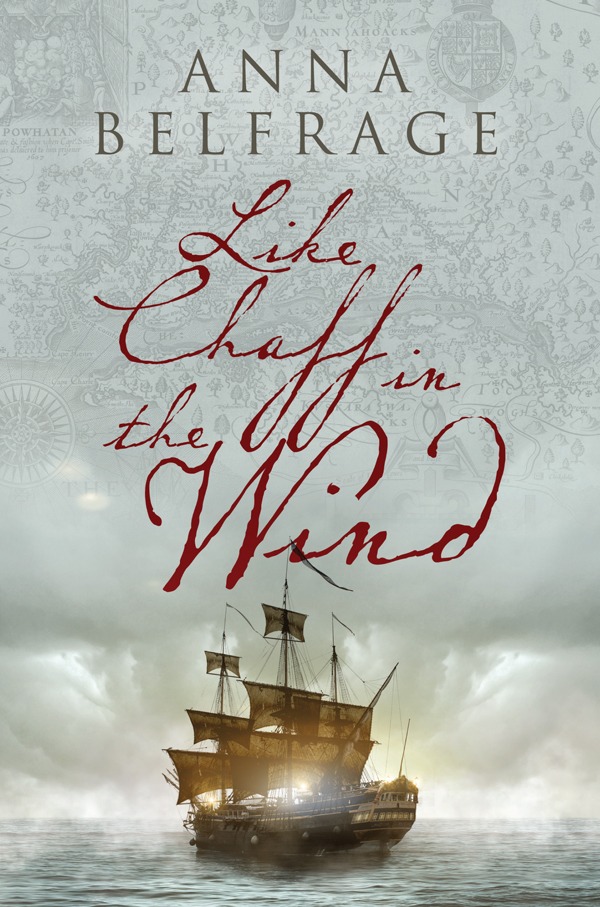 This is my most recent published book, Like Chaff in the Wind. Every time I see the cover I smile and send a silent thanks to Olly at GB Print. Every time I read it, I find it quite unbearable until chapter 21 (halfway through more or less) because I can’t really stand it, that Alex and Matthew are apart, and … Jeez!

Matthew Graham committed the mistake of his life when he cut off his brother’s nose. In revenge, Luke Graham has Matthew abducted and transported to the Colony of Virginia, there to be sold as indentured labour – a death sentence more or less.
Matthew arrives in Virginia in May of 1661, and any hope he had of finding someone willing to listen to his tale of unlawful abduction is quickly extinguished. If anything, Matthew’s insistence that he is an innocent man singles him out for the heaviest tasks and with a sinking feeling he realises no one has survived the seven years of service – not on the plantation Suffolk Rose.

Fortunately, Matthew has a remarkable wife who has no intention of letting her husband suffer and die, and so Alex Graham sets off on a perilous sea journey to bring her husband home.
Alex is plagued by nightmares in which Matthew is reduced to a wheezing wreck by his ordeals. She prays for a miracle to carry her swiftly to his side, but fate has other plans and what should have been a two month crossing turns into a yearlong adventure from one side of the Atlantic to the other.
Will she find him in time? And if she does, will she be capable of paying the price required to buy him free?

Like Chaff in the Wind is the second book in The Graham Saga, the first being A Rip in the Veil. Set in the seventeenth century, my books are primarily a work of historical fiction, but my dear Alex is a modern woman who had the misfortune – or not, depending on how you see it – of nosediving through time to land singed and concussed at Matthew’s feet. In my opinion, there are worse fates in life, despite the fact that I put Alex and Matthew through quite the set of adventures – and it doesn’t stop with this book! More info about my books can be found on my website where you can also find a lot of extras.

A little excerpt from Like Chaff in the Wind:

Five unbearable days, and on the afternoon of the sixth day Matthew was so tired that he accidentally upended the whole sled, tipping the load of tobacco plants into the dirt. Jones flew at him.

Matthew got to his feet, an effort involving far too many protesting muscles. His shoulders were permanently on fire, the harness had left broad, bleeding sores on his skin, and no matter how he tried to use his worn shirt as padding the sores deepened and widened, a constant, flaming pain.

“I’ll just load them back.” He bent to pick up an armful. His arms were clumsy with weariness, and it took far too long to reload the sled, with Jones an irate, vociferous spectator. Matthew leaned forward into the straps, bunching his thighs. Dear Lord! He couldn’t budge the load, the leather cutting even deeper into his lacerated skin. He tried again, and still the sled wouldn’t move. Matthew looked back across his shoulder to find Jones sitting on the sled.

Jones raised a brow. “Of course I can. But now I want you to pull.”

“I’m a man, aye? I’ll work as you tell me to, but you can move of your own accord, fat though you may be. I won’t be your yoked beast, I’m a man.” There was absolute silence around him, his companions staring at him with a mixture of admiration and exasperation.

Jones stood up and moved towards him. “That’s where you’re wrong, Graham. You’re no man, not here, not now. You’re a slave, a beast to be worked until you’re no use.” He looked at Matthew expectantly, his hand tightening on the handle of his crop.

Matthew knew he should back down, grovel and mumble but inside of him the fire grew, red hot rage at the man in front of him, at his traitorous brother and the injustice of it all.

“I told you. I’ve never done anything wrong. I’m a free man.”

Jones laughed. “Free? Then why are you still here? Why aren’t you on a ship back home?”

“And we own you, until you can pay yourself free, we own you.”

“And I tell you you’re but a slave,” Jones hissed.

Matthew punched him straight into the face, having the distinct pleasure of hearing the cartilage in Jones’ nose crack. That was really the last thing he observed clearly, then it was all hands and feet, and the stinging of the leather crop, and he heard Jones call men to him and Matthew had the shirt torn from his back, he was thrown face down onto the ground and then there was the snap of leather that came down time and time again on his bared skin. One of his arms was twisted up behind his back, and in his ear he heard Jones’ heavy breathing.

“A free man,” Matthew gasped. The pressure on his arm was tearing at his tendons.

Bend! Alex shrieked in his head, for God’s sake Matthew, bend. But he didn’t want to, he had to salvage some pride, and the pain in his shoulder increased to the point where he knew it would soon be dislocated.

“What are you?” Jones hissed again, throwing his considerable weight against Matthew’s trapped arm. Matthew groaned. Please! Alex cried, please, Matthew, for me. Don’t let him maim you for life, my love, please! In his fuddled state Matthew wasn’t sure if she was here for real or if it was a hallucination, but the despair in her voice rang through his head.

“I’m a slave,” Matthew mumbled, closing his eyes so that he might still see Alex, not the dirty red earth an inch from his nose.

“Say it out loud.” Jones heaved Matthew to his feet. “Look at all the men before you and say it.” To his everlasting shame Matthew did as he was told.

“I am a slave,” he said, repeating it time and time again until Jones let him go to tumble to the ground.

He lay where he had fallen, and around him he heard the sound of people moving off, leaving him to lie unaided. No one dared to touch him, lest Jones should vent his anger on them as well, and Matthew found himself staring at his hand, so close to his face. He didn’t want to move. He no longer wanted to live.

“Please let me die, Sweetest Lord, just let me die.” He closed his eyes and in his mind he saw Hillview, he saw a wee lad running up the lane to meet him and there she was, laughing and crying at the same time, her skirts bunched high as she flew towards him and he knew that of course he couldn’t die. He owed it to Alex to stay alive; he owed it to himself.

Want to buy this book?

The next book in The Graham Saga, The Prodigal Son, will be released in June, 2013. Want a sneak preview? Click here!