We have recently cleared a plot of land of trees. The plot is about 1500 square metres, of a size with a potato patch large enough to feed a family of six over the winter – just. In total, we have taken down 150 odd trees. Okay, we haven’t taken them down. A man with a huge machine came and took them down, leaving gigantic heaps of debris behind while he took the trunks away.This has made me think about the sheer effort required to clear land. They say that as late as the seventeenth century, most of Sweden was uncleared forests, and the same would be true for many of the countries in Northern Europe.

For the settler attempting to carve out an existence in virgin forest, the uphill must have been huge. One man – okay, maybe two or three if you count the older sons – attempting to tame enough land to feed a family of six, seven, eight or whatever people. At his disposal were axes and saws. That’s it. No bulldozers, no heavy equipment, just his tools and his body. Until he had enough fields cleared, the family had to live off what they could find; nuts, wild berries, edible roots, the odd animal. In Finland – and northern Sweden – it was common to mix ground bark into the flour to make it last longer.

Of course, these our intrepid ancestors had little choice; it was settle new land or live out what life they had in servitude. In some cases, the choice was even more dire; emigrate or die, as was the case for the boatloads of Swedish, Polish, Norwegian, Irish, Dutch emigrants who set off to colonise the endless forests of the fledgling United States. Prior to becoming the United States, the former British Colonies in North America had attracted a number of settlers – some came to flee religious persecution, some came to reinvent themselves, quite a few were transported over against their will. Whatever their background, they would all at some point or other be faced with the enormity of creating a space of domesticity in forests that stood majestic around them.

To fell a tree is arduous work. To fell 150 trees must have been backbreaking labour, the end result being one meagre field. And yet they did, they cleared land, they wrenched recalcitrant roots out of the ground, they set ploughs to virgin soils and where once there were only trees there was man-high barley and golden wheat.

Some years ago I visited a city in Brazil called Curitiba. This modern, industrial city is set on the other side of the coastal range from Sao Paolo, on land that until recently (in relative terms) was impenetrable jungle/forest. It always amazes me that a prospective settler should stand by the shore, stare up at the forbidding mountains and decide that he was going to cross them and stake his claim on the other side. Talk about really, really liking a challenge!
In one of the parks surrounding Curitiba there sits a replica of a Ukrainian wooden church – every single detail carved out with precision. (The original church is in Mallet, a town 150 km distant from Curitiba) A home away from home, a place where the Ukrainians who braved the mountains between Sao Paolo and Curitiba, who chopped and fought the jungle into submission, could pretend themselves back home. Home… I can see the women sitting close together on the benches outside the church, their voices heavy with longing as they describe their lost homeland to each other. Their children play at their feet, listening with half an ear as their mothers wax lyrical about places the children will never see – nor feel any yearning for. The young already belong, the old never will – not entirely.

Today, we have a tendency to view the people of the past as much more ignorant than us, narrow-minded and restricted in their way of thinking. In many ways they were, but could any of us lift an axe to our shoulders and walk out into the woods, there to create a small but flourishing farm? Could any of us tease a livelihood from ground as hard as the rocks, where every square metre of soil had to be cleared of stone, of roots? Would we have had the bravery to pull up our roots and leave our home to start anew, knowing we would never, ever be able to go back?

Most of Sweden is still covered by endless forests. The wind sings in the trees, thousands upon thousands of lakes lap against shores that are as pristine now as they were a thousand years ago. In difference to the 17th century, the forests today are inter-spaced with a patchwork of golden, green or brown fields. Every single such field has cost someone years of toil, decades of stubborn work. Not because they hoped to improve their lot in life, but because they wished their children a brighter future than their own. 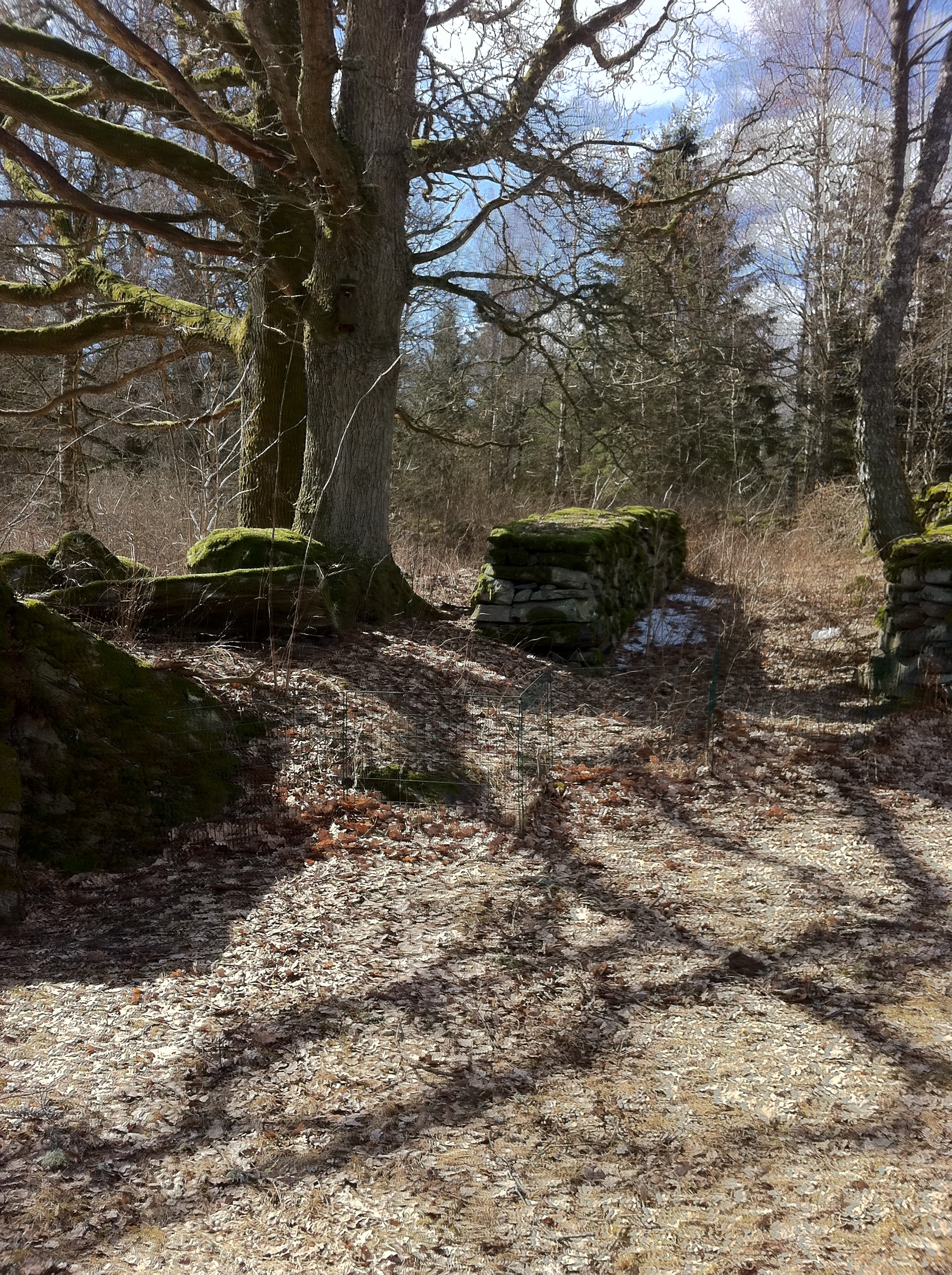 I stand before the 200 year old oak that graces one corner of our land. Below its spreading branches are the massive stone walls someone built back in 1648 or thereabouts. Mentally I tip my hat at this unknown, long dead man, at all who went before him, and all who came after, a long line of ancestors who have helped lay the foundations to the life I lead today.

I am the author of two published books set in the seventeenth century, A Rip in the Veil and Like Chaff in the Wind. For more info about me and my books, go to my website

13 thoughts on “In honour of those that went before”