This year, hubby and I will be celebrating thirty-five years of marriage.
OMG!!! I’ve been married to the same guy for almost as long as my PT has been on this earth.  Given that close to 50% of all marriages end in divorce, hubby and I deserve a badge of some sort. I did a bit of a deep dive into “end of marriage” statistics here in Sweden, which informed me the average length of a Swedish marriage is 31,3 years, with marriages ending due to the death of one spouse averaging 46 years, while marriages ending in divorce only last 11 years. From the above, I conclude hubby and I have at least 11 more years to enjoy each other’s company. Frankly, that feels a bit short—there is so much left to do in life—but I am counting on expanding our lifespan markedly by leading a healthy lifestyle.(Which, dear peeps, obviously includes chocolate. Just sayin’…)

Most divorces apparently occur in the five to eight year span, and people younger than forty are more likely to divorce than those older. Divorce rates are pretty similar throughout the Western world. In the EU, approximately 44% or marriages end in divorce, in the US, the ratio is a bit higher. 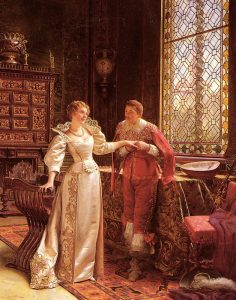 It’s a bit depressing, isn’t it? Cue the wedding music and the glowing bride gliding down the church towards the equally proud groom. Eyes meet, hands braid together, voices stumble a bit over the vows and there is that slightly sticky part where the ring just won’t slide easily into place and then there’s the kiss. At that moment, the bride and groom (or bride and bride, groom and groom) have just promised each other forever. And then life happens and suddenly forever is no longer on the table. Makes me think of Meatloaf: “And now we’re waiting for the end of time, to hurry up and arrive, ‘cause if I’ve got to spend another minute with you, I don’t think that I’ll survive. I’ll never break my promise nor forget my vow, but God only knows what I could do right now…” Please note that Meatloaf intends to hang in there. No breaking of vows for him, nuh-uh. Personally, I am of the opinion that while it is very sad if a marriage fails, it is even sadder if people condemn themselves and their spouse to unhappiness by staying in a failed relationship. Life is too short for that.

Some years ago, I read a little article about the biological reasons behind divorce. According to the author,  while we’re designed to be monogamous (well, more or less) it used to be the average lifespan was like 35 or so, so long before a couple got tired/bored with each other, one of them had probably died. This was back when we all lived in caves, wore skins to cover our nudity and lived off whatever we could kill, which likely meant our monogamous couple had to expend so much effort on simply staying alive there was no energy left for reflecting on their relationship.

Based on the above, many, many generations were destined for unhappy marriages—for purely biological reasons. After all, we died young when we lived in caves, but for the last thousand odd years most humans who made it through the first ten years or so lived well beyond 35 years. (Assuming one didn’t die of the plague, or typhoid, or gangrene, or childbirth, or … ) And in many societies, people got married in their late teens and lived together well into old age. The biological theory above would indicate some of these were very dreary marriages. 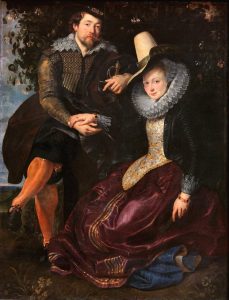 “How long have we been married?” he says.
“I don’t know…” she peers at him from the other side of the fireplace. “Twenty odd years?”
“God’s truth! That long?” He looks at her, thinking its too bad she didn’t die three winters back when she was struck with the sweating disease. He could do with a new, hot wife, someone to warm his bed and maybe give him a couple of children – the ones he has with his wife are a rather disappointing bunch.
“Yes,” she sighs.  Personally, she wouldn’t mind if he dropped off a cliff somewhere. She’s tired of his carousing ways, of how he farts in bed and complains about their sons. And being a widow … she smiles, drifting off into an agreeable daydream where it would be her, Mistress Wilcox, who would call the shots. Huh; it’s not as if it would truly change things as it is she, not he, who does most of the work in the haberdashery downstairs.

Of course, this couple don’t even consider divorce as a way out. (It isn’t; this is London in the year 1637, and divorce may be something those wild, uncouth Scots approve of—thank you, John Knox—but it is most certainly not an option in England) And assuming Mistress Wilcox doesn’t resort to poisoning her husband, or him to having her offed in a dark alley, they’re stuck with each other, for better or wore until death do them part.

This state of affairs was the reality for most married couples until well into the twentieth century. (That divorce wasn’t an option, I mean. I sincerely hope that most marriages were okay, with some vestiges of tenderness and respect surviving to the bitter end) In the last fifty years or so, the permanence of marriage has been completely eroded in the Western world, with people slipping in and out of relationships, marrying, divorcing, marrying again, divorcing … you get the picture, right?

But hang on; referring to the statistics above, 56% of all EU marriages do NOT end in divorce. This means the majority of all marriages are the “unto death do us part” kind. A bit like me and hubby 🙂

“The average length of a relationship is eleven years,” that article I read stated, “which is in line with the fact that in prehistoric times most couples would at most have fifteen years together.” Hmm. What does this say about us, the couples that are still together (and enjoying it) after well over twenty, thirty years? Are we some sort of biological anomaly? Or were we just lucky? Or are we simply refusing to give up on each other?

Look around you, people. There are actually quite a few senior couples out there who have been married for eons and still seem to enjoy each other’s company. Many years ago I was on the Canary Islands and due to a variety of reasons we ended up on a nudist beach (it wasn’t mandatory to lie around stark naked, as otherwise the younger family members would have thrown a fit and refused to come. It is a tad strange, IMO, that the young and beautiful have probs with nudity while those of us who are somewhat more mature have no issue revealing our dimples and love handles to the world. Neither here nor there…) Right; where was I? Ah, yes, nudist beach, Canary Island. I will never forget the elderly English couple who came walking over the dunes, hands clasped together. Infirm, yes, old definitely, in love absolutely! They undressed and slowly they waded into the water, still holding hands, still with eyes only for each other. At one point she stumbled, and with a splash they both went under. (I was up on my feet, ready to do my life saver routine!) Up they came, she was laughing, he was holding her close. And then he kissed her – passionately. 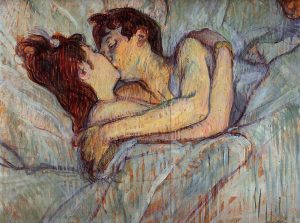 That’s how I want it to be, twenty odd years from now. A blue, blue sea, the sun making the water glitter like silver, and my husband and I walking hand in hand through the surf. And yes, I want him to smooch me as thoroughly as the English gentleman kissed his wife. Until then, I guess we’ll just have to keep on working on our kissing technique. After all, succeeding in your relationship has a lot of similarities to excelling in sports – tenacity and practice pays off!

This year, hubby and I will have been married thirty-five years. Years of sharing good moments and bad, of falling asleep snuggled close together, of laughing at jokes only we understand. Years of watching our children grow into admirable adults (despite the nudity shyness), years of sharing this wonderful adventure called life. I don’t think we’re unique. In fact, I rather disagree with that depressing article which states that we are biologically predisposed to grow tired of each other after eleven years.

Obviously, not everyone who says “I do” will stick the distance. Some will fall out of love. Others will confuse momentary lust for someone else as an indication that their relationship is failing. But most of us who say “I do” will persevere. Yes, there will be days that are tough, moments when the grass looks much, much greener elsewhere. Trust me, it rarely is. 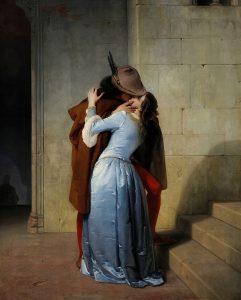 Several years ago, hubby gave me a fridge magnet which said “Stick with your hubby. You never know when he becomes fashionable again”. As if I needed the reminder. Seeing as I am planning on many, many more kissing sessions—you know, practise for that magnificent smooching session on a future nudist beach—I have every intention of sticking with hubby. Like superglue, actually.