Today, dear peeps, I have the pleasure of hosting one of the stops on The Coffee Pot Book Club’s  blog tour of Essex, Tony Riches’ latest release. When I was given the opportunity to read and review, I more or less leapt at it, despite having a problem with men in puff breeches and hose – even when they wear it well, as the protagonist on Tony’s latest book probably did.

The first book I read by Tony Riches was set in the early 15th century and featured Eleanor Cobham, wife to a royal Duke who was accused of being a witch and ended up locked up for the rest of her life. Better, I suppose, than being executed.

Since then, I have followed Tony forward through time. His excellent early Tudor series, depicting the rise of said dynasty, was followed by insightful books about Tudor royals and grandees, notably Henry VIII’s sister, Princess Mary, and her husband, Charles Brandon. More recently, he has moved into Elizabethan times, and with Essex Tony Riches takes us into the last few decades of Elizabeth I’s long reign. 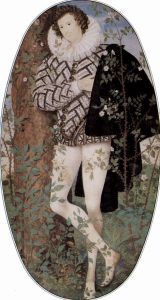 I am actually not all that keen on Tudor times. I am rather sick of books about Anne Boleyn, this latter-day martyr to true love who was probably an ambitious and grasping young woman. And as to Anne Boleyn’s daughter, I have always been impressed by Elizabeth I as a queen and regent, but as a person I dare say she wasn’t all that likeable.

Maybe that is why I so enjoyed Tony’s book, Essex. Here we have an ageing queen who still expects men to fawn and flatter. We have a queen who ruthlessly uses the men around her, promising favours and compensations for expenses incurred while never really having the intention of paying up. The protagonist of Essex, Robert Deveraux, experiences first hand as a child how his father sinks deeper and deeper into debt while serving his queen, the promised moneys to cover his expenses on behalf of the crown never materialising. 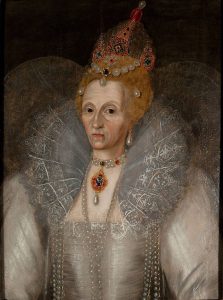 Tony Riches’ Elizabeth is old. She is lonely, somewhat bitter, extremely intelligent and just as manipulative. Elizabeth doesn’t want to be old. For a little while yet, she wants to pretend she is still young, still handsome enough to genuinely have men falling at her feet—which is why the very handsome and vibrant Robert Deveraux, Earl of Essex, becomes a favourite of hers.

What ultimately happens between those two is well-known, and I really enjoyed how Tony guided us through the accumulating tensions and frustrations of Robert Deveraux that ended with him taking treasonous action. What Tony Riches does is breathe life into Robert Deveraux , adding depths to his personality that present us with a young man very far from the vain glory-hound he is often presented as.

This Robert cares about people. He worries about his siblings, about the maid he initiates a relationship with, even about his very distant mother. He is affectionate with his wife—the wife he weds in secret so as not to enrage the queen (did not work). He even cares for Elizabeth—at least initially—recognising just how isolated she is as Gloriana the queen. Most of all, though, Robert is driven by the desire to acquit himself well, to somehow leave his mark on the world and, in doing so, repair the fortunes of his family—the fortunes his father lost while serving the queen who ultimately signs Robert’s execution order. Essex’s undoing is that he is a man of action in a world of political intrigue and maneouvering. And yes, at times he flagrantly disobeys his queen – usually for reasons he considers sound and logical. The queen, unfortunately, does not agree.

In a court as intricate as a giant cobweb, a man like Essex easily gets lost and tangles with the sticky threads of subterfuge and deceit. And in the middle sits the spider herself. She may be ageing, but Elizabeth never relinquishes control over her kingdom nor forgives those who threaten it. But I dare say she wept for the man who was once so young and handsome and ended his life under the executioner’s axe. What she probably didn’t do was reflect on how she contributed to the desperation that led to his downfall.

Robert Devereux, Earl of Essex, is one of the most intriguing men of the Elizabethan period. Tall and handsome, he soon becomes a ‘favourite’ at court, so close to the queen many wonder if they are lovers.

The truth is far more complex, as each has what the other yearns for. Robert Devereux longs for recognition, wealth and influence. His flamboyant naïveté amuses the ageing Queen Elizabeth, like the son she never had, and his vitality makes her feel young.

Robert Devereux’s remarkable true story continues the epic tale of the rise of the Tudors, which began with the best-selling Tudor trilogy and concludes with the reign of Queen Elizabeth I.

This novel is free to read with #KindleUnlimited subscription. 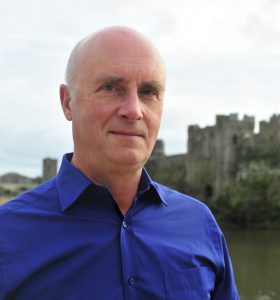