I don’t know if you’ve noticed, but after years in relative obscurity, corduroy is back on centre stage. To me, this is a material I have very lukewarm feelings towards. I remember those dark brown corduroy jeans I had as a teenager—jeans so tight I had to lie on my back to have a chance of zipping them shut. Can’t say I’ve missed them. Men in corduroy jackets have never done much for me, and in general this is a fabric that quickly loses shape and develops “knees”. Now, however, a younger generation who has not had the corduroy experience before are happily embracing it and accordingly an inordinate amount of pants, jackets and shirts in the material are showcased in various shops.

“Ugh,” I say to hubby. “Well, no matter how much they display it, I won’t buy anything in corduroy.”
“I’ll remind you of that six months from now when you insist that you must have something in it,” he says. He grimaces. “Or insist I do.”
“Not about to happen,” I say, but even as I say it, I know I’m lying. After all, us humans have a herd mentality. If everyone else in the herd is wearing corduroy, chances are soon enough even I will start thinking it looks rather nice. And hubby might look good in one of those corduroy shirts…

Whether or not I succumb to buying a corduroy garment is of no interest whatsoever. A major craze for the fabric will make some producers happy, some less, but the overall impact on the globe as we know it will be negligent. But the whole “I hate corduroy” morphing into “maybe I’ll buy myself a pair of corduroy pants” is applicable to far more serious and relevant opinions.

Several years ago, many Swedes were somewhat shocked when a small, radically rightist party, The Swedish Democrats, began creating waves in our political establishment.
“A fad,” most of us said. “No one will vote for those nut-cases.”
Said nut-cases had one agenda item: severely restrict immigration to Sweden and preferably send as many as possible of our immigrants back home, so as to restore Sweden to a more Swedish (?) state. I will not bore you with a long diatribe about how most nations are, essentially, a mix of people who have arrived in wave after wave of immigration. In Sweden, all of us but the Sami are essentially immigrants.

Anyway: to the surprise of many, many Swedes this new party with its distinct whiff of brown shirts and fascism attracted enough votes to claim seats in Parliament. In 2010, they won approx. 6% of the votes. Four years later, they’d doubled in size and this year about 18% of the Swedish voters voted for them. Do I believe 18% of the Swedes are racists? No. I think many vote for this extremist party so as give the more established parties the finger. But still…

Let’s take the following as a starting point: Of course we should welcome those that flee from war and hunger to our country. A statement coloured by a humanitarian view on the world. Us Swedes knew we were lucky and were willing to share.

In 2015, Sweden experienced something of a deluge, close to 175 000 refugees descending on our (relatively) small country hoping for a new start, a new life. That was a LOT of refugees, and we were taken aback, our systems not quite coping with the challenge. The Swedish Democrats saw an opportunity and capitalised on it. Public opinion began to be swayed. 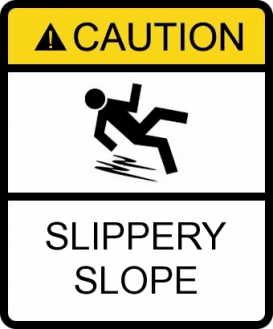 Of course we should welcome those that flee from war and hunger to our country, but we have to make sure we can receive them properly. Still a welcoming statement, right? However, with the introduction of the “but” we have set foot on a slippery slope…

Soon enough, instead we were saying Of course we should welcome those that flee from war and hunger, but we really have to take care of our own first. Aha! Now we’re really going downhill. Suddenly, we are saying that receiving immigrants is at the expense of other groups in society. Hogwash, IMO, as all countries are, in the long term, enriched by cultural diversity.

The next step, of course, is to replace “our own” above with “the elderly” or “our health service” or “our schools”. Yes, yes, say the voters, that makes sense. “After all, my old Auntie Bertha hasn’t been able to afford going to the dentist for years. That’s wrong, isn’t it? So why should we help Miriam and Ahmed when Bertha isn’t helped?”

Seeing as Ahmed and Miriam have had their entire lives bombed from under their feet in the Syrian conflict and have arrived in Sweden with nothing, they probably need more help than Bertha. Besides, Bertha obviously has concerned relatives, so how about they chip in and pay the dentist? (Which does not mean I don’t think we should take care of our elderly. Of course, we should. But we can probably afford to take care of them AND help people in need. It is not an either/or situation)

Somewhere along the lines, that original statement ends up totally rewritten: Yes, we are perhaps willing to help those that flee from war and hunger provided they can prove that they are fleeing from war and hunger and haven’t entered Europe through another country, because if that’s the case then we won’t help as they must claim refugee status in that first country. Plus, we have decided we cannot help more than X a year.  Just like that, a generous approach to helping those in need has become very restricted. Not only in Sweden, I might add, but all over the world.

Then come the generalisations: “They will never fit into our society because they’re not Swedish.” Or “Their culture is so different from ours that they will have problems following our laws, our rules.” Or “They don’t speak Swedish so how will they get a job? Instead we’ll have to support them for the rest of their lives.” Or “They are all misogynists and disrespect women.” Or “Basically, they will all turn to crime seeing as they will never get a job here.” Repeated over and over again, these statements become some sort of truth, increasing the gradient of that slippery slope.

No one speaks of the contributions these new arrivals make. No one talks about how our new Swedes boost our birth-rates, take jobs most Swedes don’t want, add another layer or two to the cultural cake. No one talks about the fact that many of our immigrants come with high levels of education, speak several languages. No one stands up to reminds us that we need them, because without these immigrants our future looks much, much less rosy—we need their creativity, their courage, their contribution to the work-force. Instead, we bundle them into an anonymous “they” in opposition to “us”. Guess what? Ultimately, there is only one “us”, and that’s the one which encompasses all of humanity. You know: No man is an island entire of itself, every man is a part of the continent, a piece of the main, as John Donne wrote, already back in the 16th century.

In Sweden, we’ve done some serious sliding down that slope as the established parties attempted to regroup and win back their voters from the Swedish Democrats by pandering to negative attitudes to immigration. It is much easier sliding down a slope than making it back to the top, so I fear the development won’t be reversed.

It behoves us all to now and then reflect on the fact that many, many of us were damned lucky in the lottery of life. We were born in the right country, in the right time, to the right parents. We have so much, so many have so little. The least we can do is open our borders and our hearts to those who have fled, uprooted from their lives by violence or catastrophe. Otherwise, we may well find out that slippery slope of ours leads all the way to cliff’s edge and the void beyond. 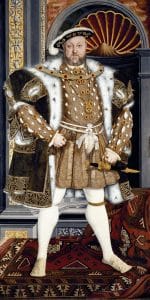 Returning to my initial reflections on corduroy seems a bit banal after all that, doesn’t it? However, dear readers, I fear hubby is right and come next spring I will be pinching at a garment or two in this fabric that has its origin in 18th century England. (A product of the Industrial Revolution, no less, but with its roots in the fustian so priced by peeps like Henry VIII.) But no matter if I succumb to the lure of fashion plates and commercials I can promise you one thing: I will never waiver from my convictions that the developed and rich part of the world has an obligation to help those in need. Always. I guess that makes me some sort of dinosaur in this increasingly “me-oriented” world. Guess what? I can live with that,

2 thoughts on “A slippery slope indeed…”