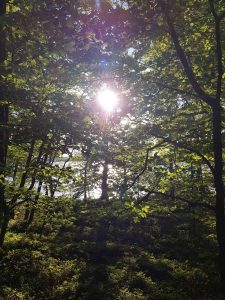 One of the drawbacks about being a writer is that sometimes the brain activity is very, very high – much higher than the pace at which all those scintillating ideas can be trapped on paper or on your laptop. Usually, these moments of intense inspiration occur just prior to sleep – or just before properly waking up.

Today was one such day. I woke with a PERFECT dialogue in my head. Pitch perfect. Not that I had any idea who was speaking – always something of a hitch – or what WIP this little snippet belonged to, but I knew, as I sat up in bed, that I just had to record it ASAP. Let’s just say that by the time I had writing tools at hand, that crisp conversation was no longer as crisp. Or relevant. But I know it would have been perfect – had I remembered it.

The interesting thing is that sometimes these little gems lodge in my subconscious. Okay, okay, so I am comforting myself with the thought that they do, sparkling word combinations that will, at some point bubble up from wherever they’re hiding to add brilliance to whatever I might be writing at the time. And yes, it does happen, a sense of déjà-vu settling on me as I write lines that I just know I recognise. But sadly, just as often those lost words are permanently lost, wandering through the labyrinths of my mind with no use or purpose. Sigh.

I am one of those writers who are afflicted by having multiple stories in my head. All the time. Some authors say that they work on one WIP at a time. To them I say “lucky you.” I am burdened (and blessed) with vociferous characters who demand time and attention, who present me with one more intriguing scenario after the other. Matthew and Alex, safely rooted (weeelll…) in the 17th century really don’t care that I am in the midst of writing a story set in 1283, not when they have a grandson to help out from his present predicament. So they become very, very loud…

Adam de Guirande (or rather his wife, Kit, who is saddened by the grief that clings to her husband since that November day in 1330 when… well, no spoilers here, peeps) demands attention as well. There he is, at Framlingham to witness the marriage of Thomas of Brotherton, uncle to King Edward III who has also ridden in to attend teh festivities. a somewhat fraught moment, as Adam can’t quite forgive the king for what he did to him and his wife and the king hasn’t quite absolved himself either.

And then there is Jason and Helle and a new intriguing couple named Duncan and Erin and in the midst of all this an ageing Luke Graham has just landed in 17th century Maryland, which brings me back full circle to Matthew and Alex. No wonder I can’t quite match those perfect bits and pieces of dialogue with the relevant story, hey?

Had this happened ten or fifteen years ago, I’d have been a sleepless wreck by now. Back then, I just didn’t trust myself as a writer – I believed that an idea once lost was gone for good and nothing – absolutely nothing – would ever be able to replace it.

These days, I know that a lost idea is not a biggie. New ideas pop up all the time, and in some cases it is smart to allow ideas to come and go for a while as I take the measure of my new characters. Idea A is discarded for Idea F, and somewhere along the line Idea C becomes an even better option and look, Character A is no longer who I thought she was, because the little lady not only knows how to hot-wire a car but also, apparently, what to do with a musket in times of dire need (and yes, Character A, a.k.a. Erin, needs both these skills to survive, something she is very, very angry with me for at the moment. When she’s not being angry at Duncan, that is…)

Sometimes, I have long discussions with Ms Inspiration about her tendency to afflict me with new bursts of imagination when I am very far from pen, paper, laptop what have you. She just grins and flicks those gorgeous swirling skirts of hers. And then, enervating woman that she is, she just fades away, while in my brain echoes her comment that a REAL writer always has pen and notebook within reach. Always. Huh. Not this writer.

Once, I chased after my dissipating ideas like a child chases fog swirls over a golden autumn meadow. Now and then, I still leap out of bed to write down that excellent, excellent idea. But just as often, I punch my pillow, turn on my side and slide into my dreams, knowing Ms Inspiration will have lined up yet another night of passion and adventure, grievous loss and nail-biting tension. I go with the flow, peeps, assuming that once I am sitting there writing my oh-so-active subconscious will winnow out the gold from the dross. And if it doesn’t, Ms Inspiration and I will have a very, very long talk.

4 thoughts on “Chasing all my Will-o’-the-wisps”